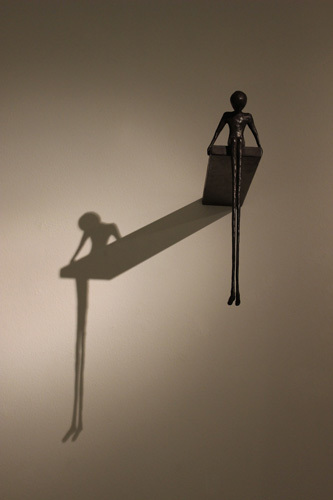 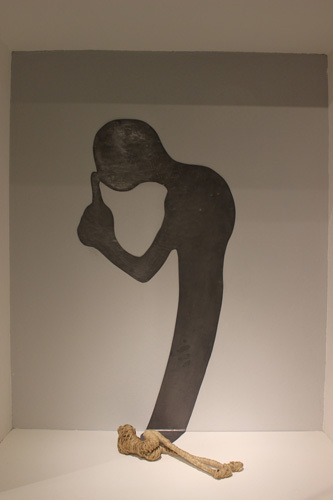 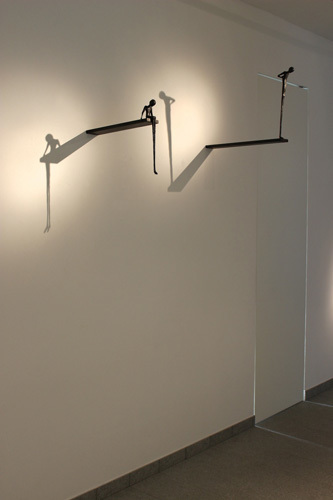 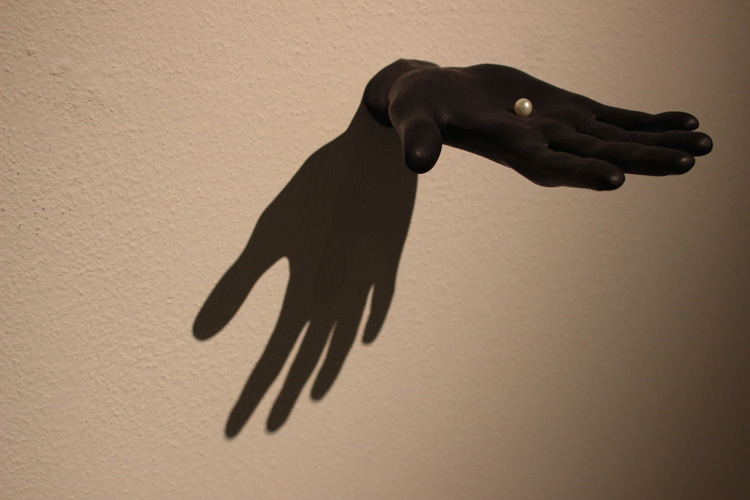 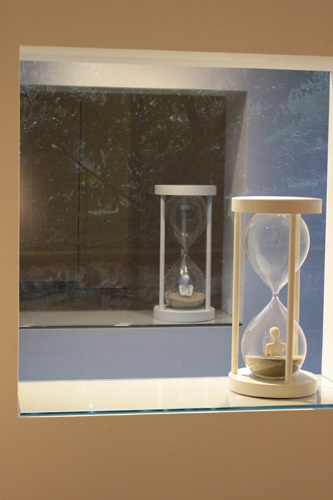 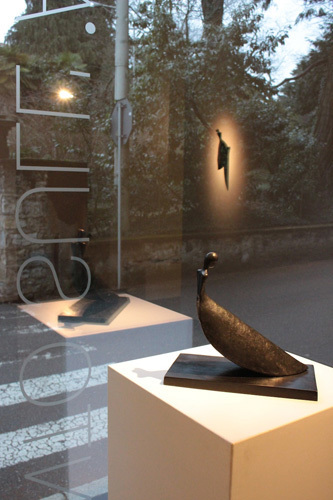 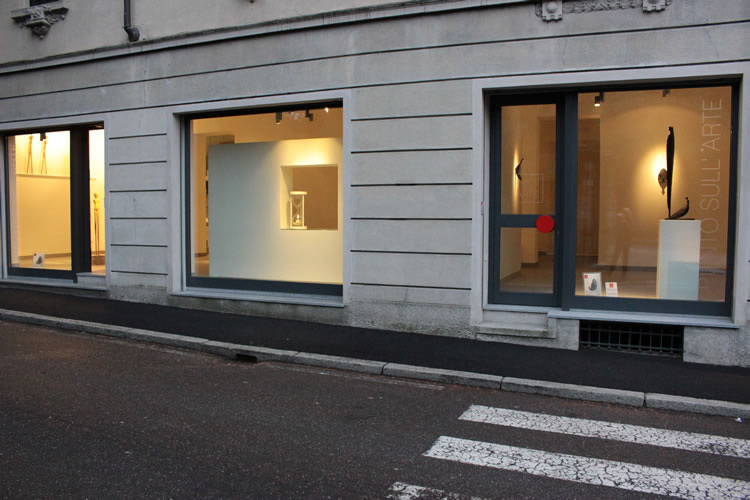 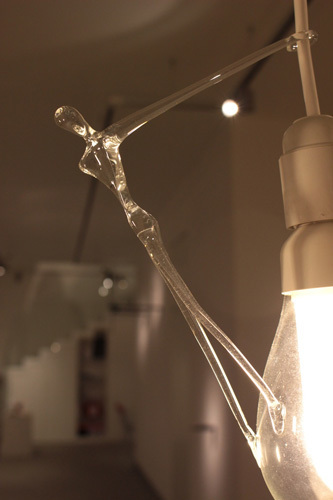 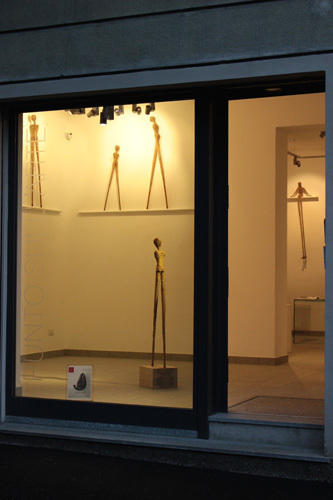 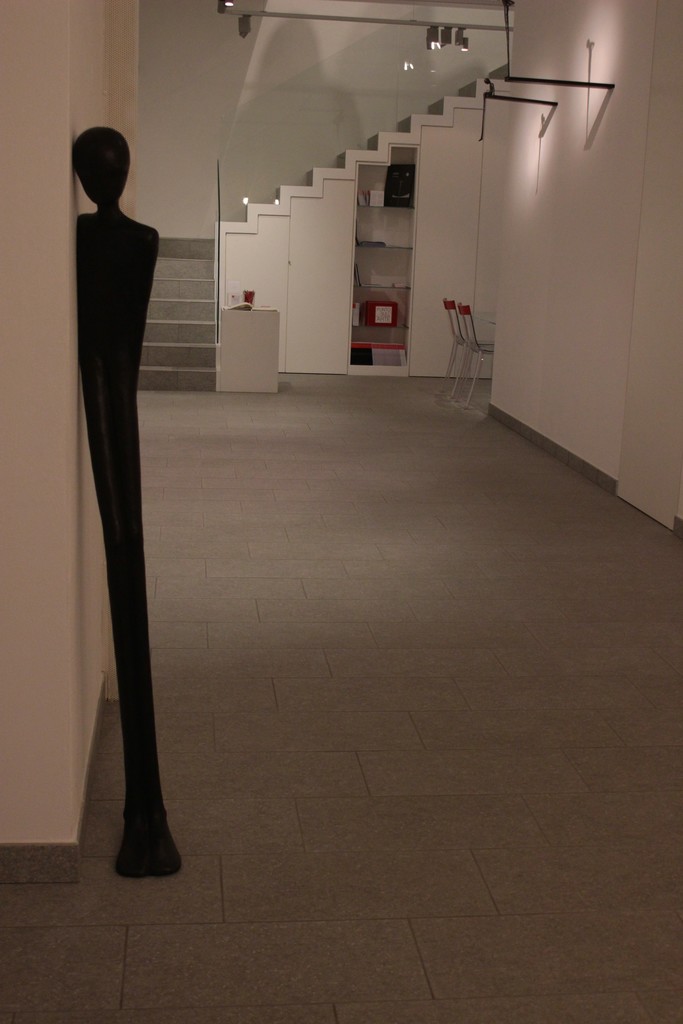 A great solo exhibition – the first one organized by the Gallery in Varese which, since its inauguration, has always exhibited three artists together – is the main appointment of the vernal programme proposed by PUNTO SULL’ARTE. ALEX PINNA’s exhibition is planned to open on March 21st, ending at the beginning of May.
His typical aerial and light figures, made in bronze, rope and glass will take possession of the whole Gallery. Pinna’s characters, characterized by thin bodies and long legs, certainly derive from Giacometti’s poetics, though unburdened from their gloomy gravitas and gifted with a melancholy smile and a naïve and disenchanted glance upon reality.
The artist, deeply in love with comics and any language which can easily reach people’s heart, manages to convey emotions, feelings and mental features without availing himself of facial expressions (his characters’ faces are composed by few traits: forehead and nose), but only of the thoughtful bending of a spine or the imbalanced tilting of a body, communicating a sensation of existential instability.
“I think that my works convey more questions than answers”, Alex Pinna declares. Through his both intense and delicate challenge he exhorts the audience to regain its playful trait, since within the purity of game and its aimless beauty, lies the real meaning of life.
Alex Pinna was born in Imperia. After attending the painting courses at the Academy of Fine Arts of Brera, since 1993 he took part into various solo and group exhibitions all across Italy. Among the most recent it must be mentioned the one organized at the Fondazione Mimmo Rotella in Catanzaro (2012). His works have also been exposed in Shanghai, Tel Aviv, London, New York and Lugano. Since 1997 he always attended Arte Fiera Bologna and MIART. He lives and works in Milan.