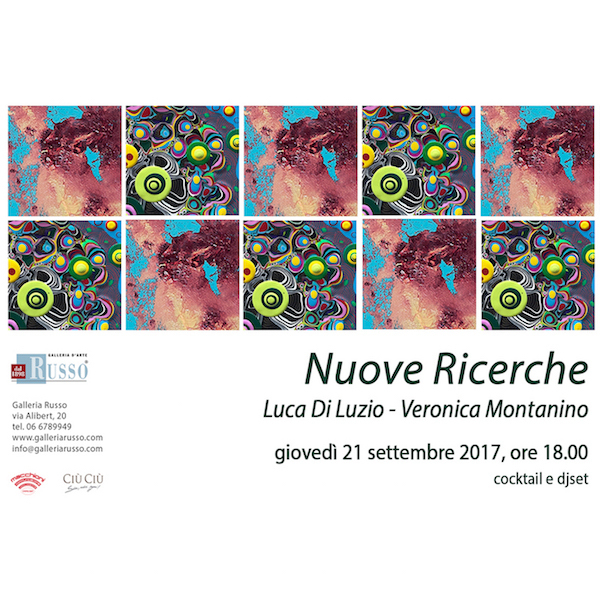 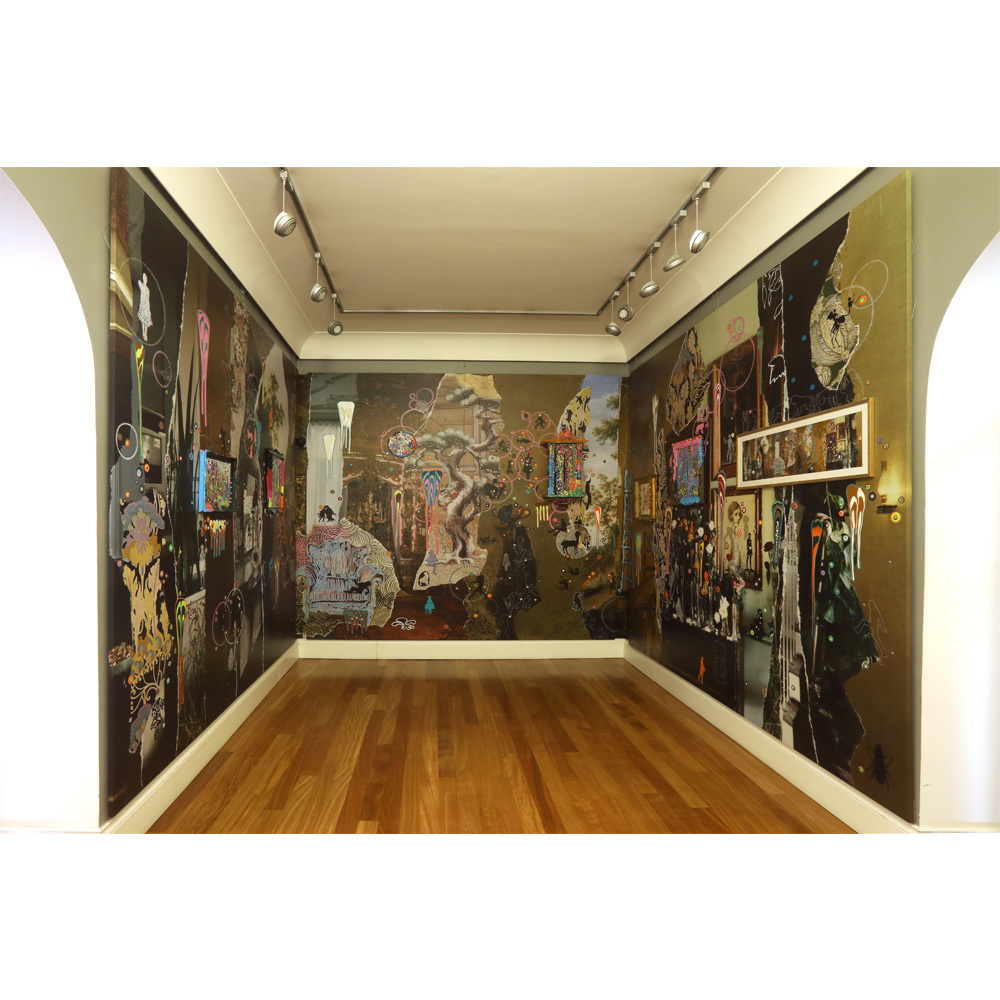 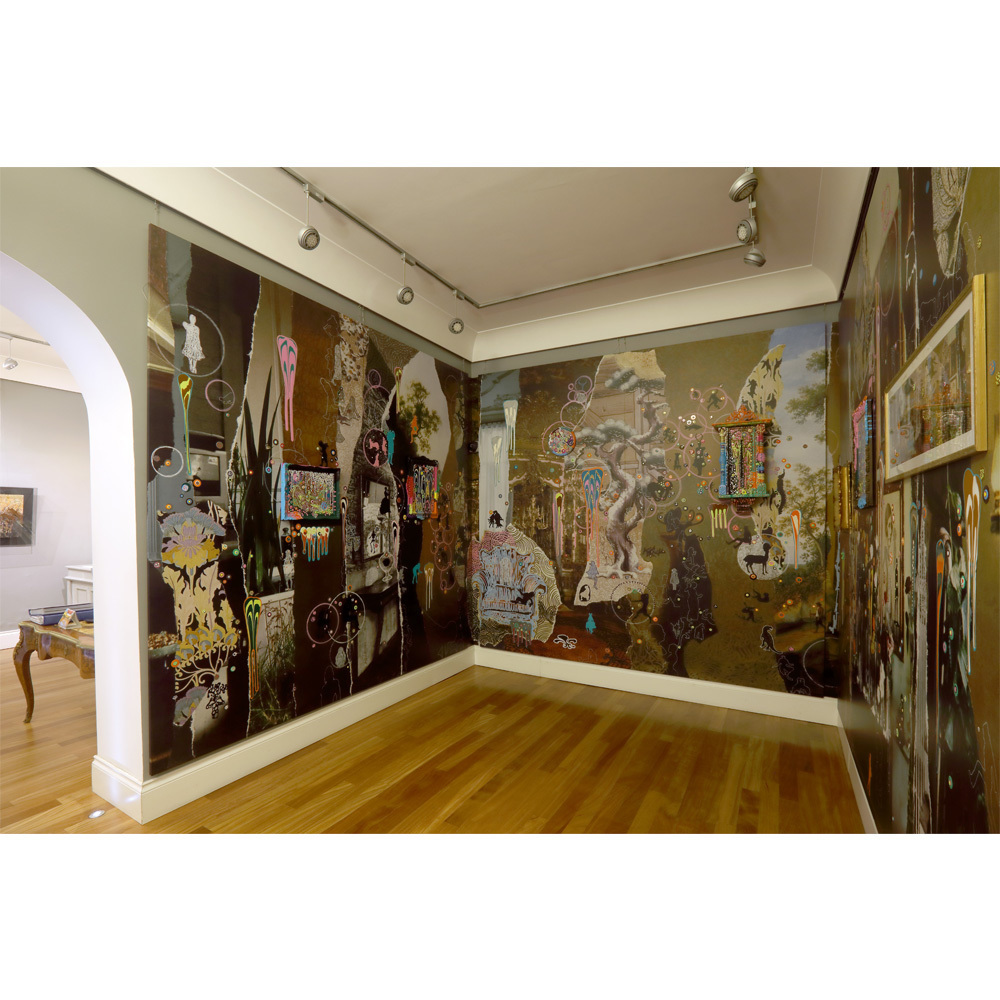 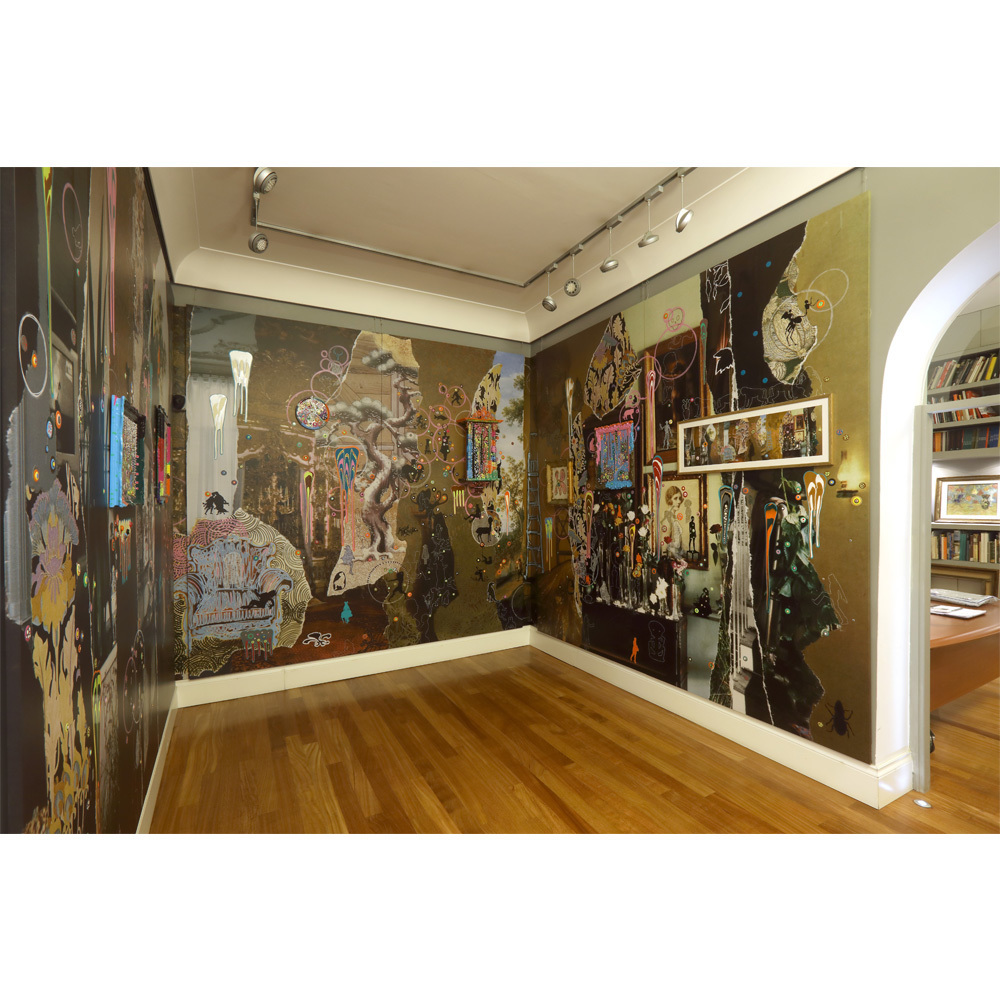 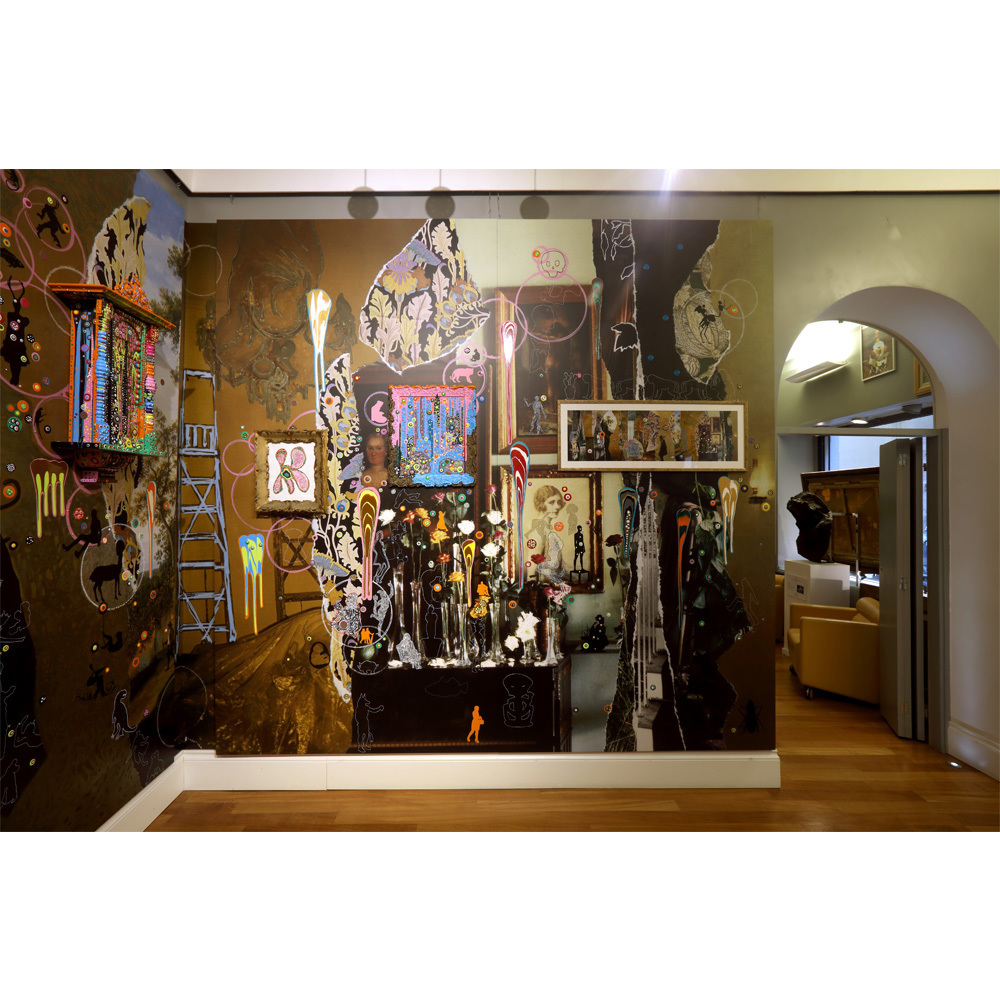 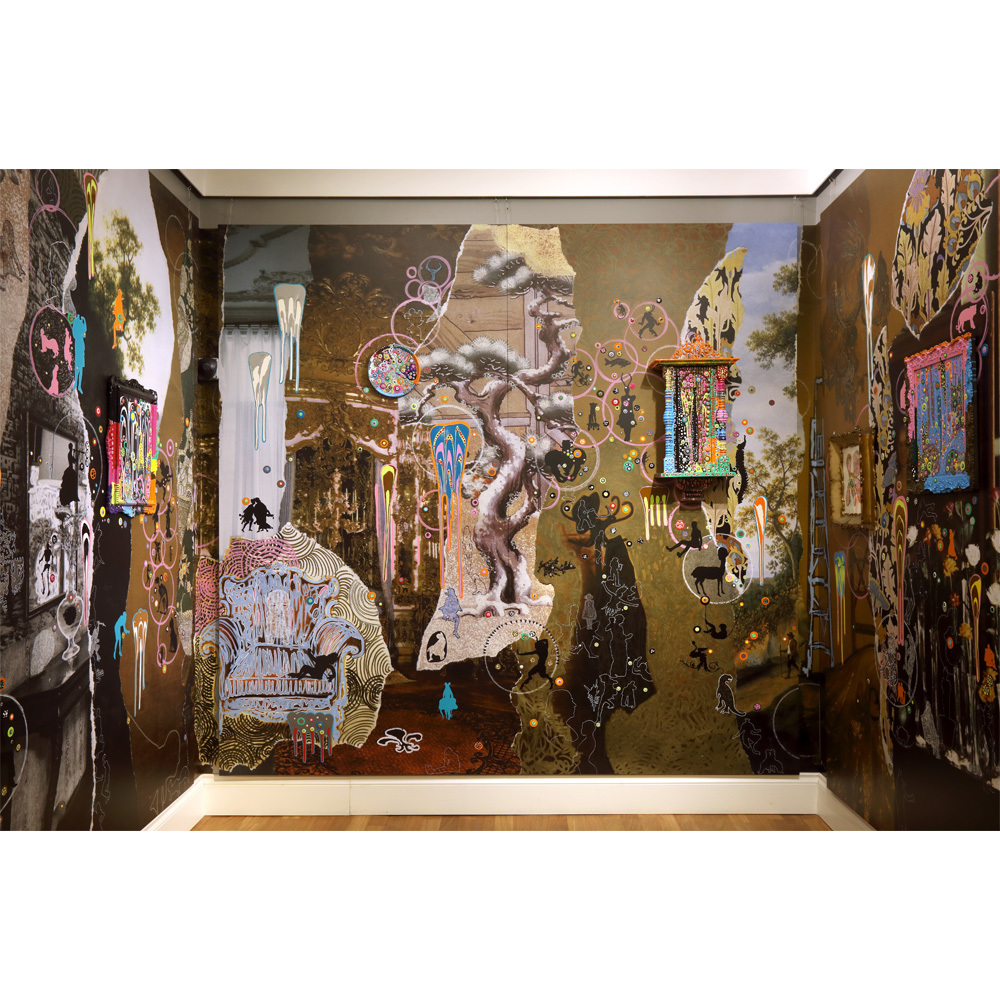 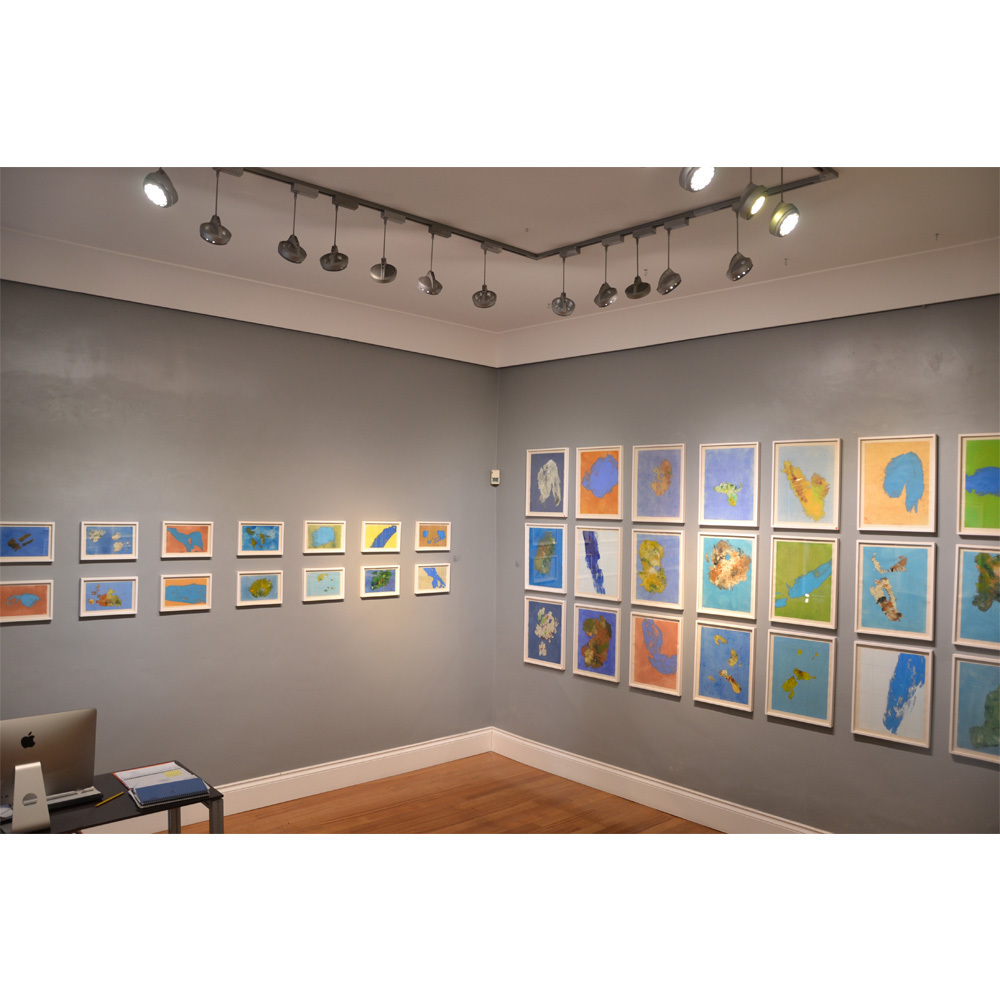 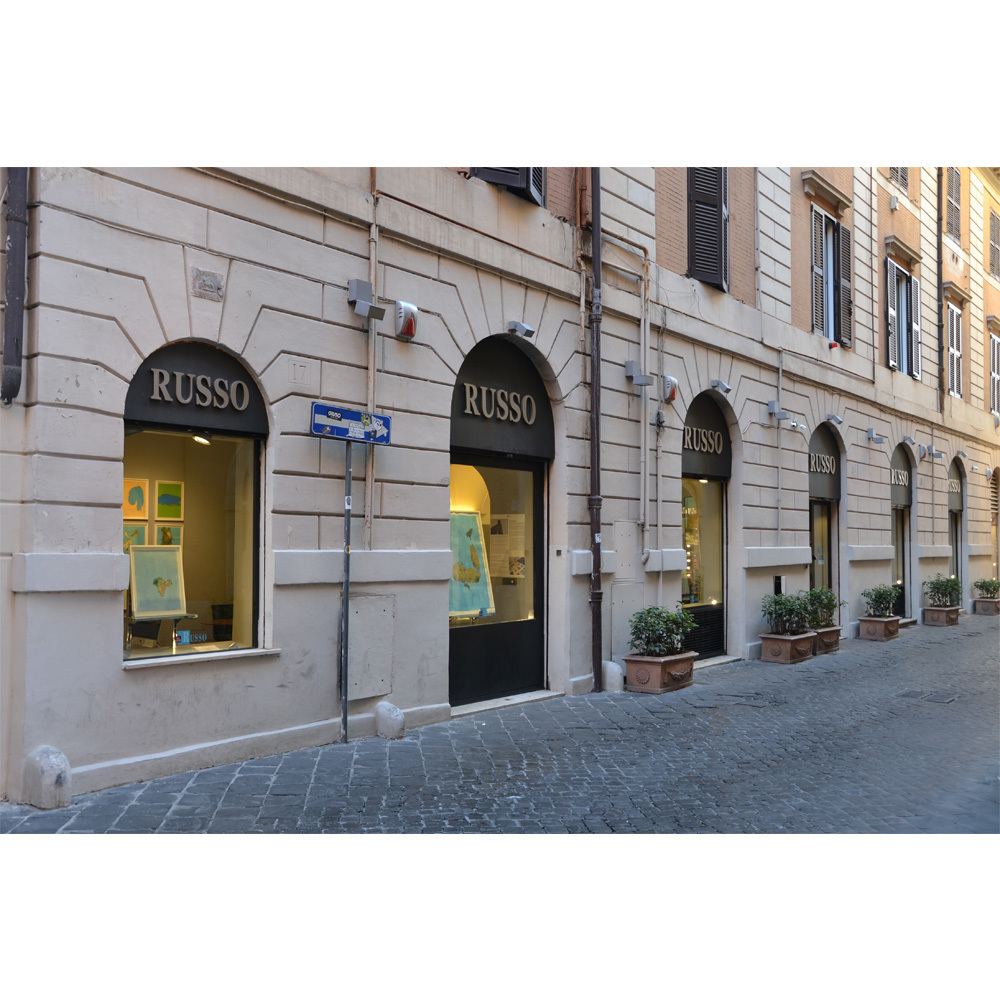 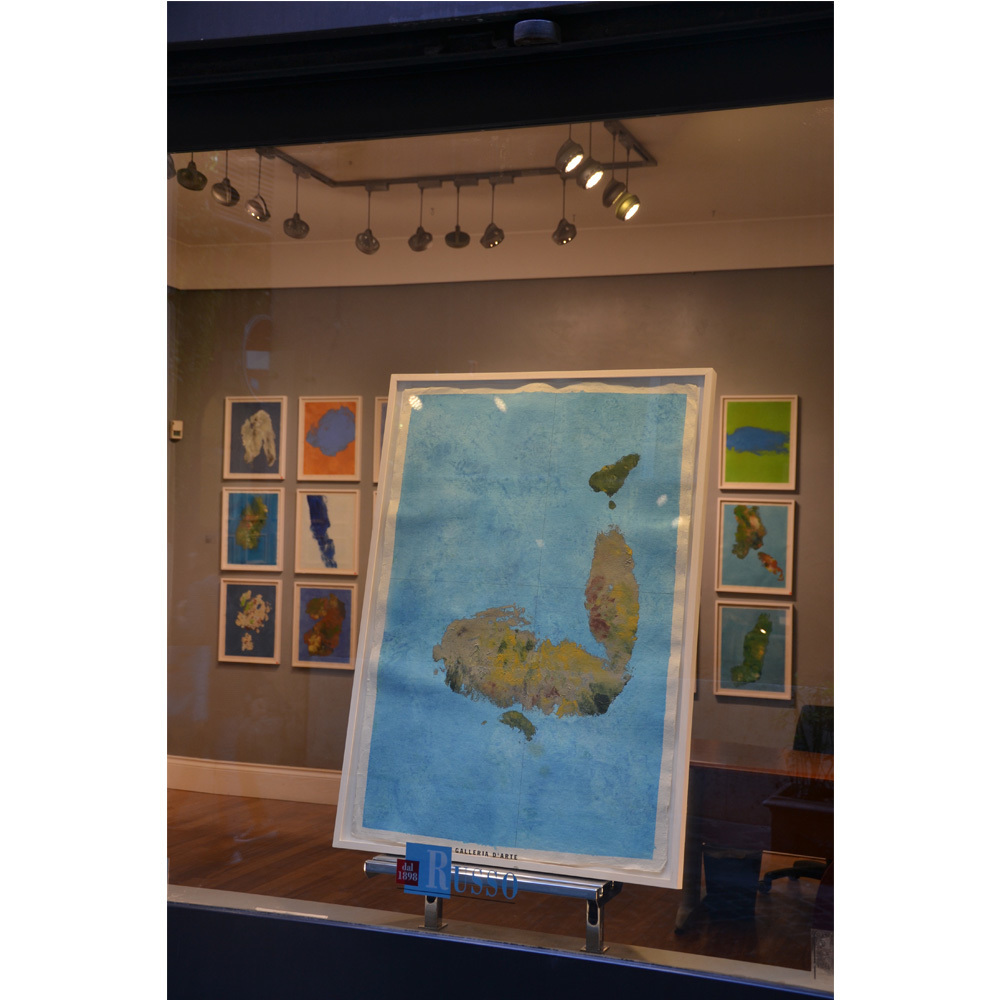 Two young Roman artists will open the exhibition season of Galleria Russo. In the spaces of Via Alibert 20, Rome, “New proposals” will open to the public on 21st September 2017, an evening dedicated to the presentation of the works of Luca Di Luzio and Veronica Montanino. Luca and Veronica use different starting points that transform in new aesthetic-symbolic solutions. In their works, they both manage to create a communion of expressions that are personally re-elaborated by each spectator who finds the dimension of new worlds, all the way to the ephemeral. Bright colours, maps, complex structures, expanded forms. A triumph of energy addressed towards new places where the symbol and the thought of reference are wisely mixed, allowing the spectator to undertake a journey to spaces that bound between the known and unknown.
The camouflage, the remix and the multicolour varnishes are a part of the techniques that amalgamate in the “site specific” installation expressly produced for the evening by Veronica Montanino, while the work presented by Luca Di Luzio anticipates the upcoming one-man show of the artist at the Auditorium Parco della Musica in Rome. “New proposals” is the occasion the public will have to observe and dive into these contemporary creations.
Opening on Thursday 21 September at 6pm in the spaces of Galleria Russo, in the heart of Rome, between the Spanish Steps and via Margutta, in via Alibert, 20. The evening will count with the presence of DJset Giovanni Romagnoli. The exhibition will take place until 30 September 2017: Monday from 4.30 to 7.30 pm and from Tuesday to Saturday from 10.00am to 7.30pm.