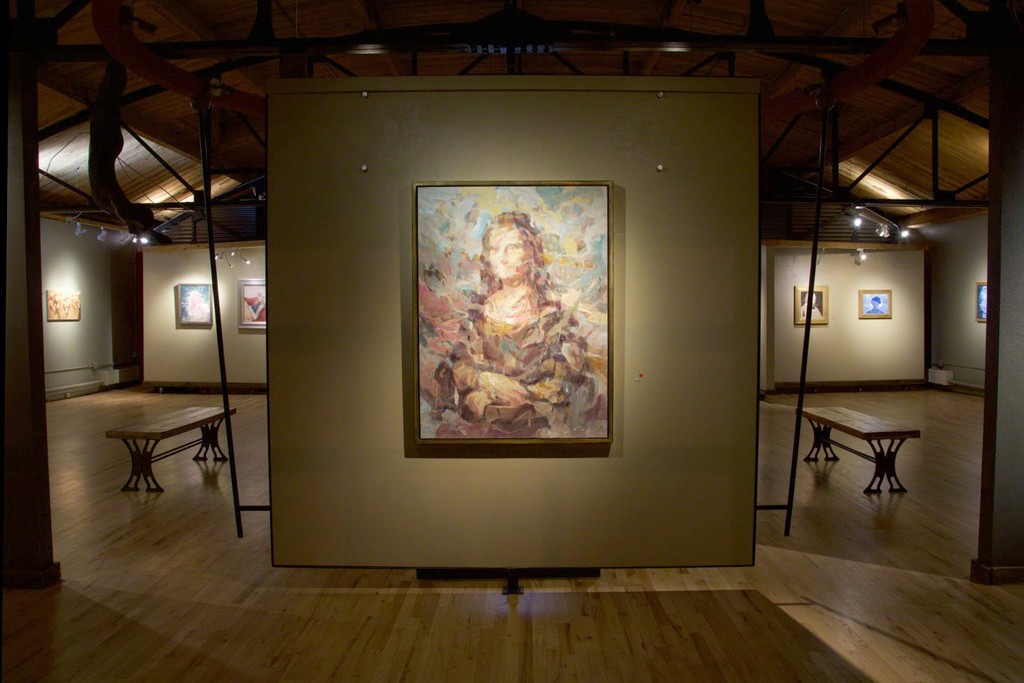 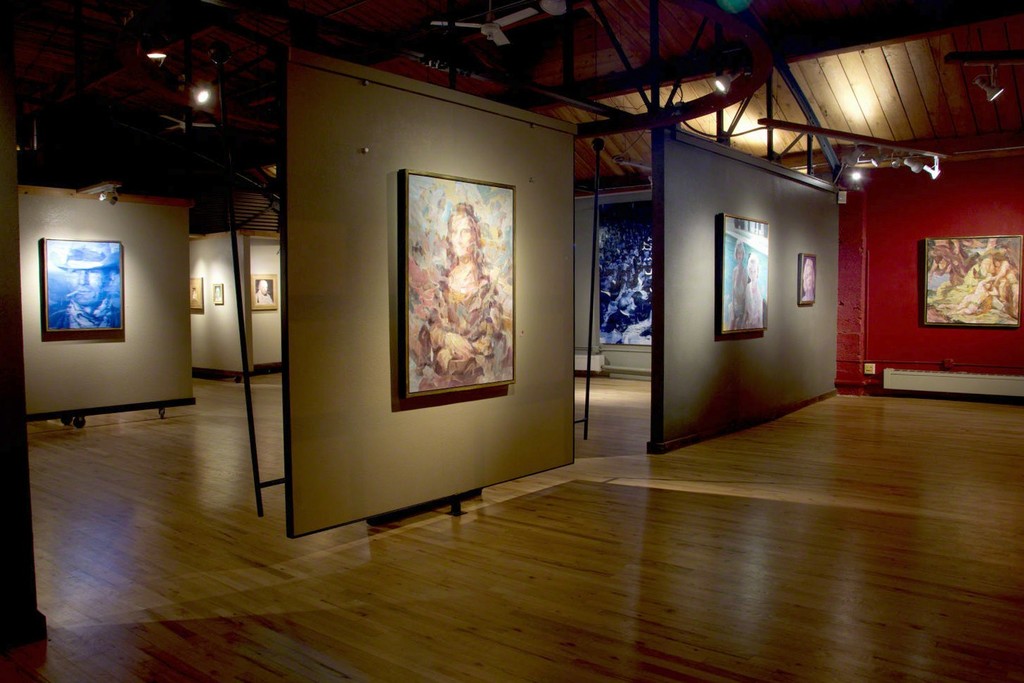 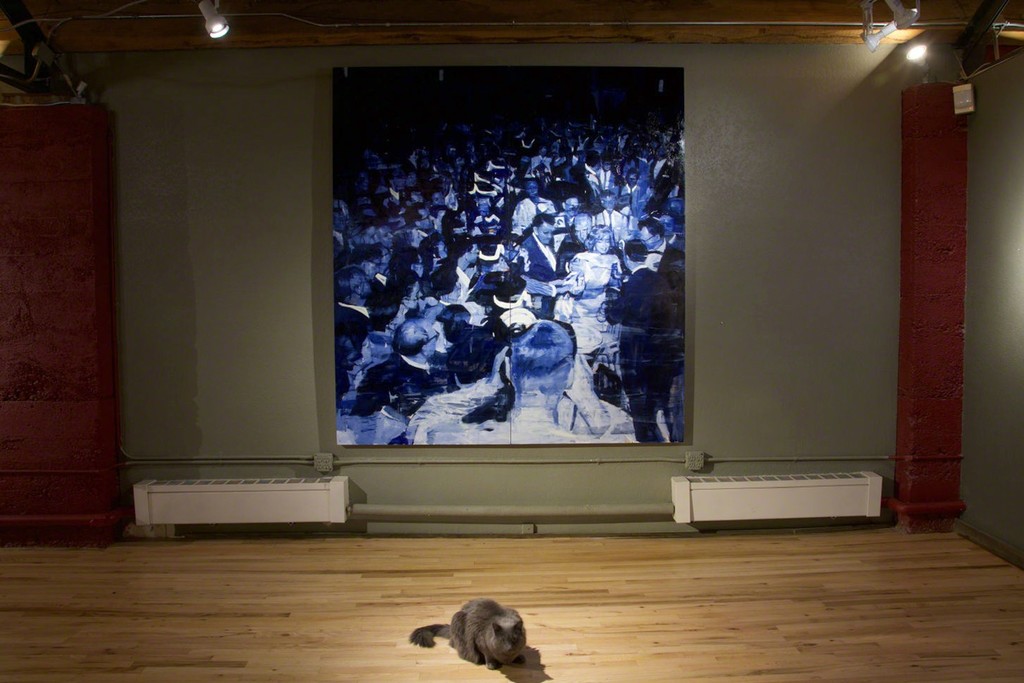 Gallery 1261 is proud to present Vincent Xeus: Hue is Full / A Thousand Faces, a major solo exhibition focusing on Vincent Xeus’ extraordinary new body of work, on view December 11 through January 16, 2016. Xeus has prepared approximately 30 new paintings for this exhibition.

This new group of work reveals the true extent of Xeus’ restless creativity, presenting a mixture of techniques as well as imagery from pop culture melded with his own imagination and perspective, producing unconventional effects. Taking his medium to new and radical heights, Xeus invented a new repertoire of painting that included wiping, scraping, and rendering via removal. The resulting works are of enigmatic forms with luminous colors, a more liberated form of description, and a heightened sense of emotions.

Many of the works in the exhibition investigate and confronts monolithic entities of culture, most often Western culture, as seen in They Just Lie There and They Die There, a remixed and deconstructed Mona Lisa. Such a subject could perhaps deter most other painters, but Xeus tackles the icon with a Warholian confidence that suggests an artist at the height of their abilities and vision.

Hue is Full / A Thousand Faces surveys the dynamics of history and futurity. By reanimating some historical moments that permeate, influence and define our culture, values, and aesthetics, this group of new works reminds the audience to continually adjust perceptions and to formulate new syntheses built upon the past. Reflecting a passionate spirit of invention, a deep curiosity about the history, and an affinity for cultural identities, Xeus’ efforts in his new body of work not only bridge past traditions, but look forward to the future.