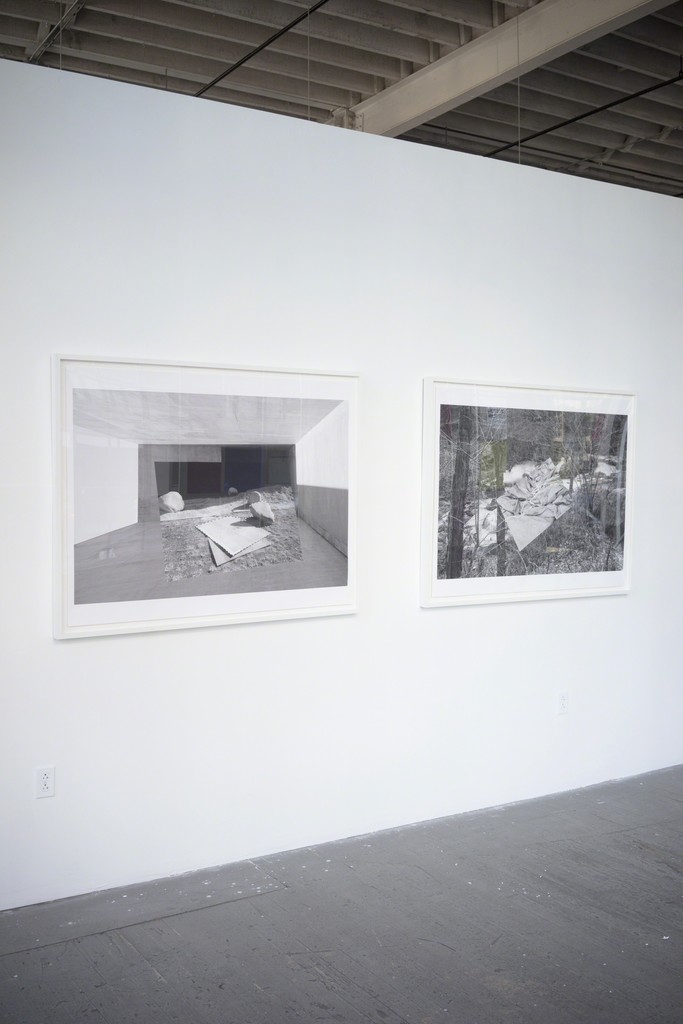 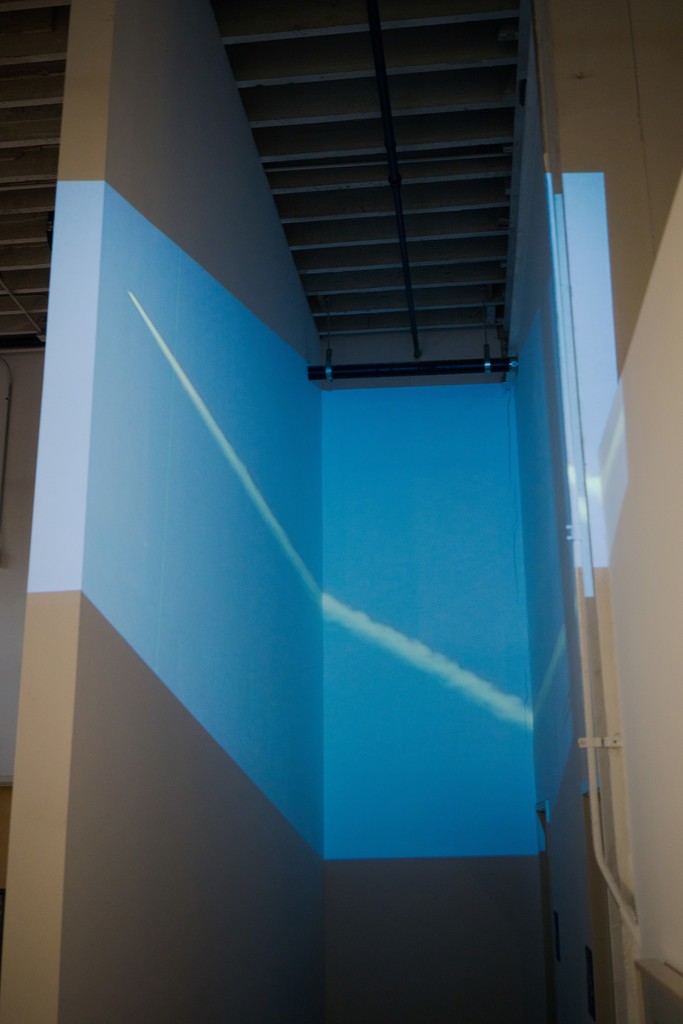 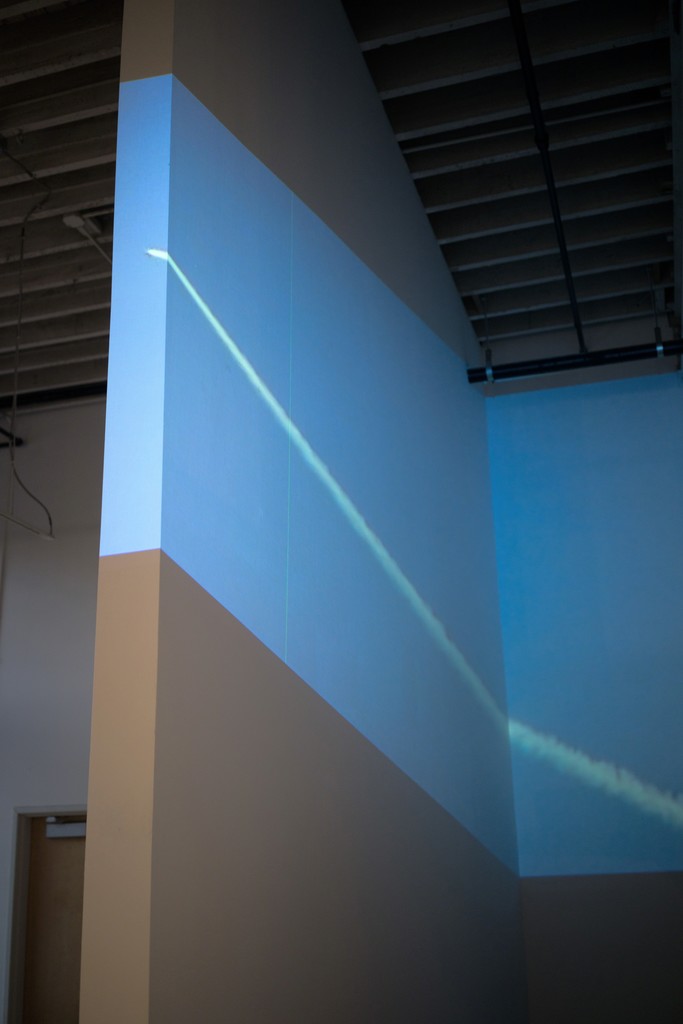 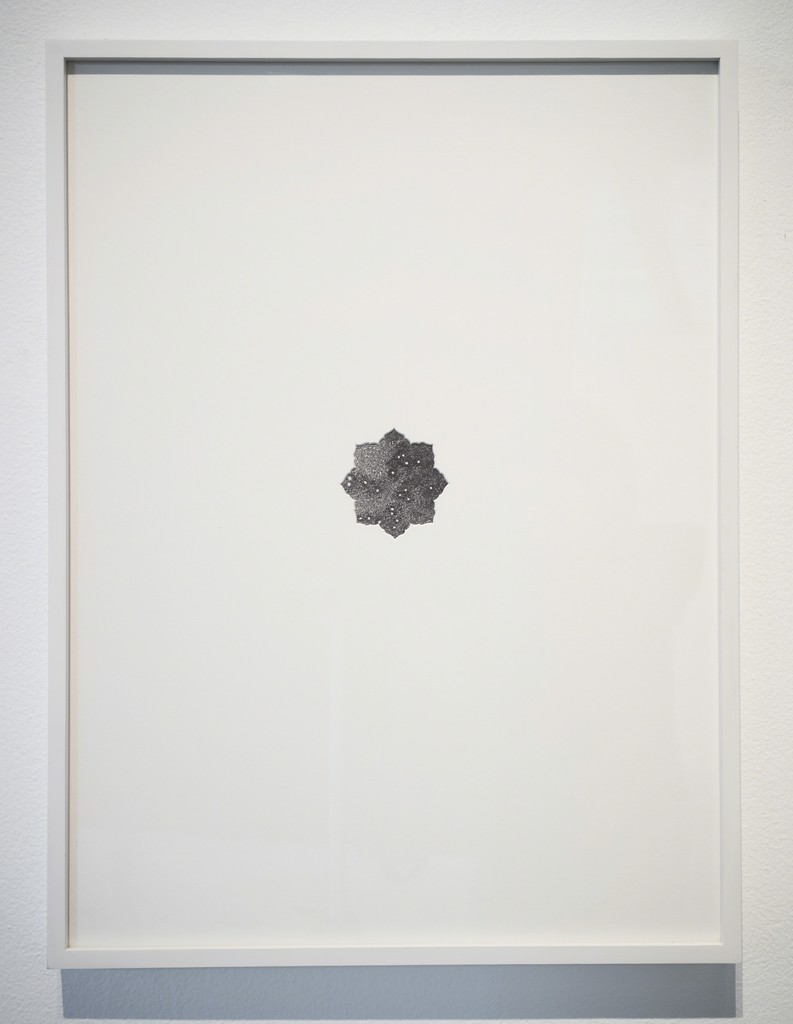 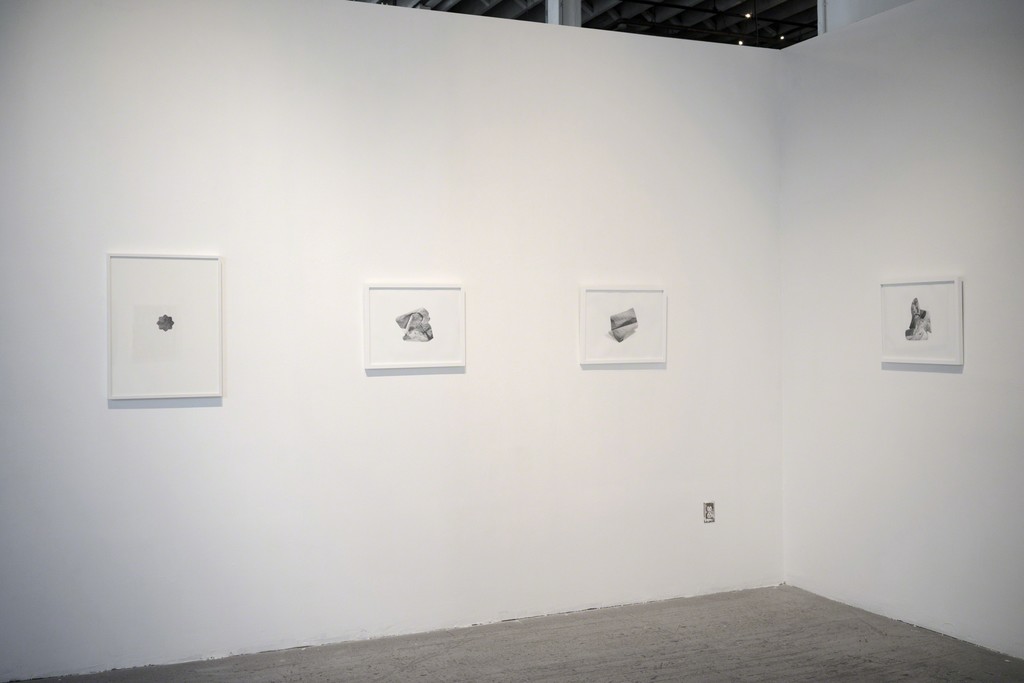 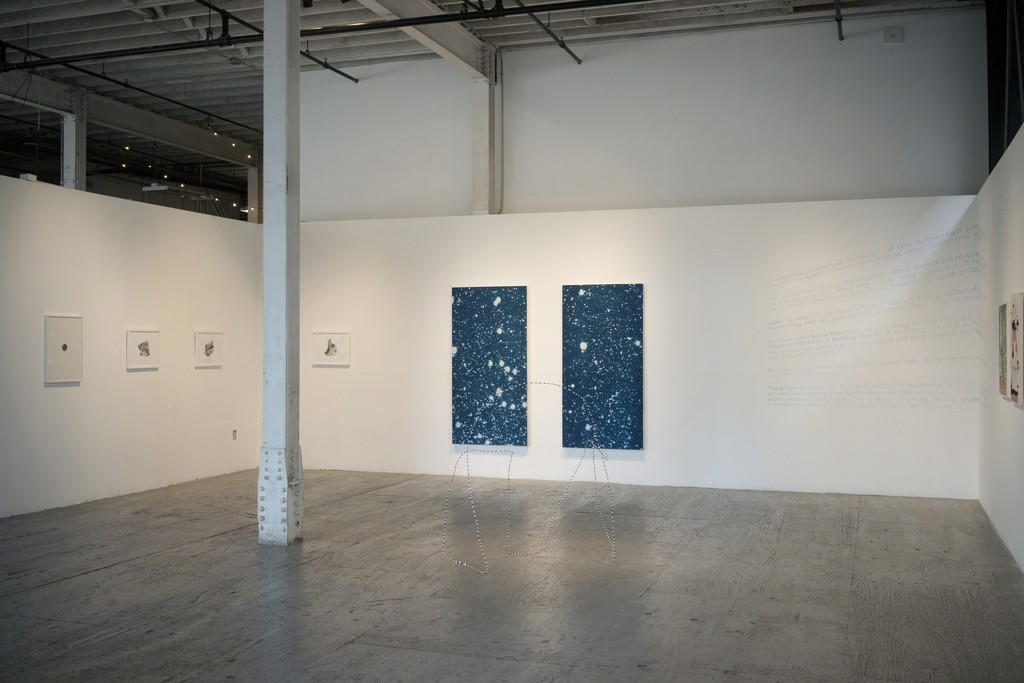 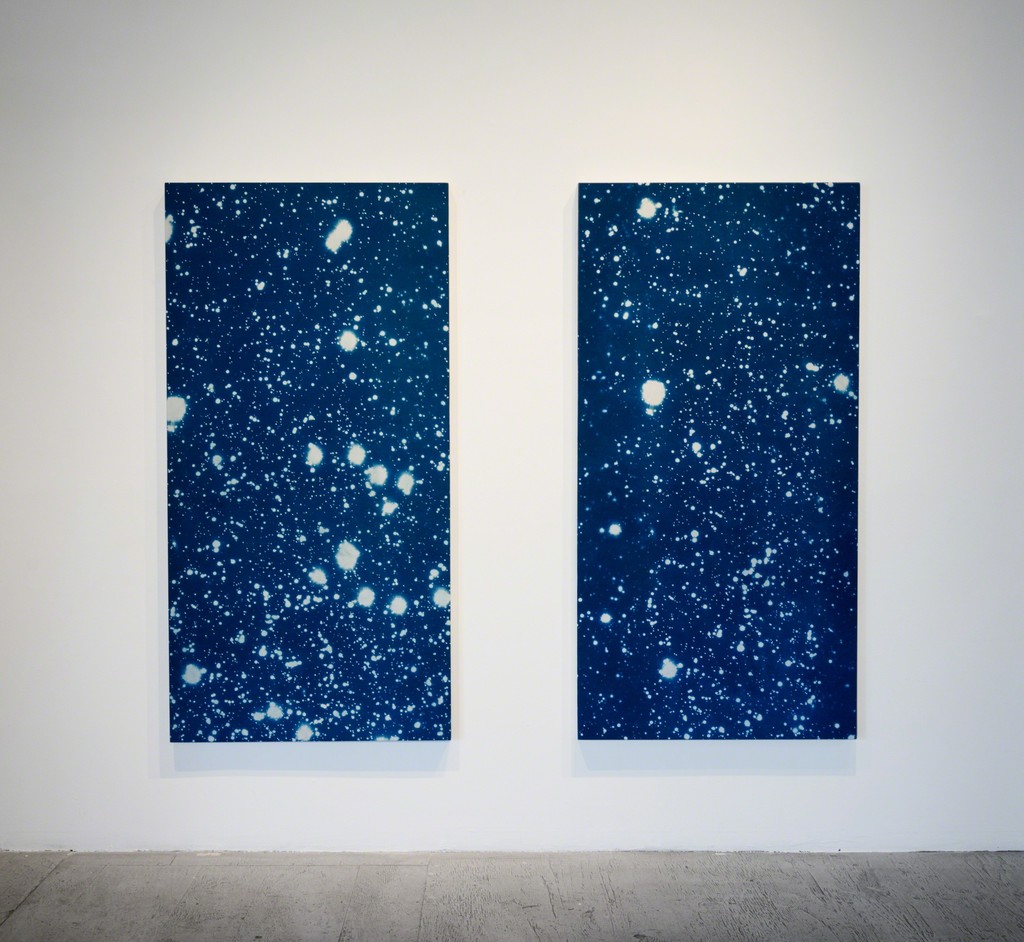 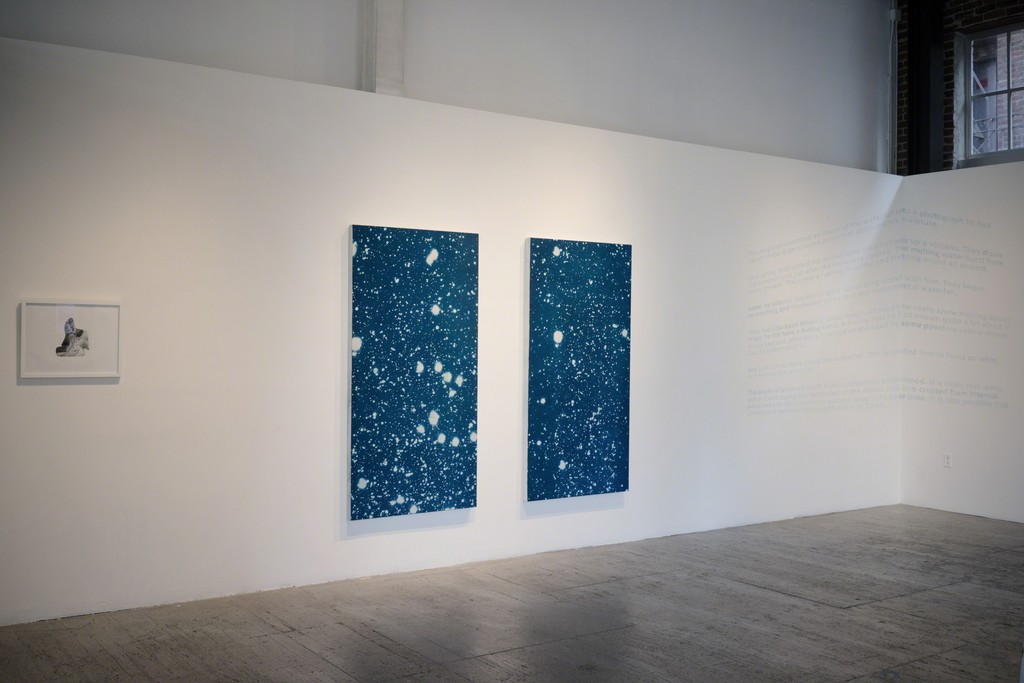 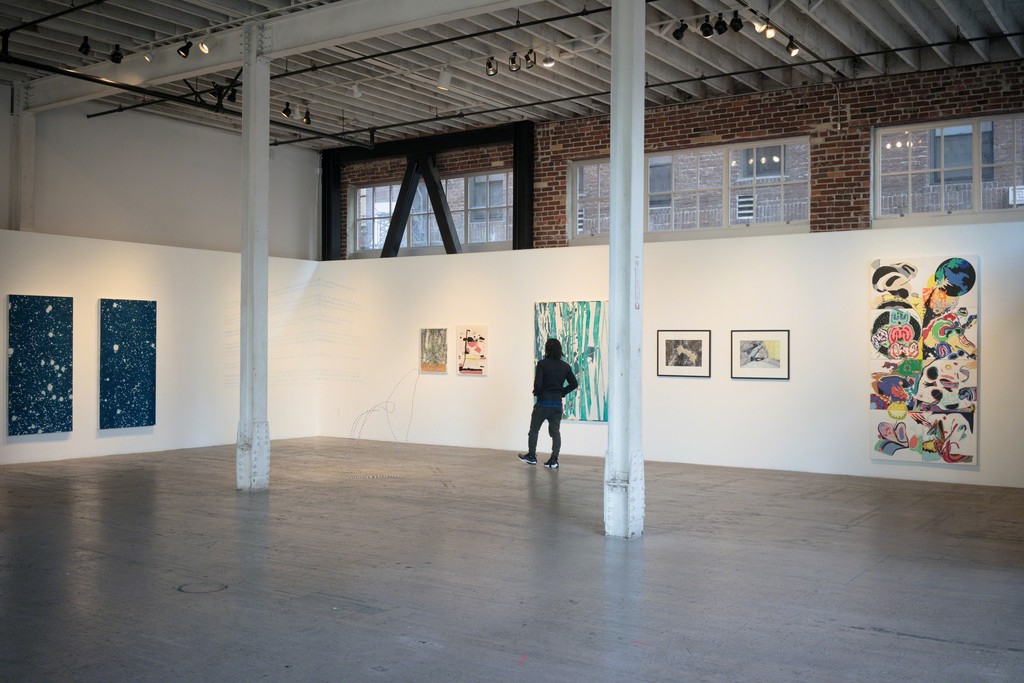 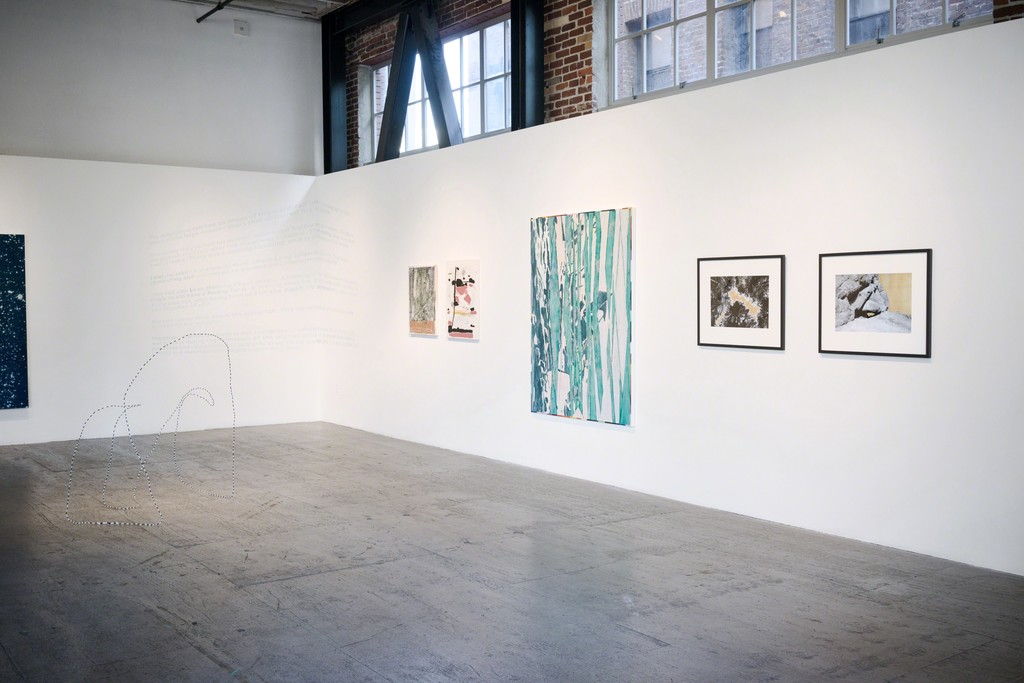 Creation myths define human reality, not in rational or literal terms, but orient us on how a group of people came to be. These myths reaffirm and guide people on how to relate to the natural world and to each other. The artist Anish Kapoor has said, “Artists don't make objects. Artists make mythologies.”

The Japanese term esho funi refers to the oneness of self and environment. Life (sho) and its environment (e) are inseparable (funi). Esho Funi is a collection of abstract works—inspired by nature in a variety of medium spanning painting, photography, sculpture and video—that consider the connection of the artist to their environment. Funi also means “two but not two.”

Bring these artworks down to the bomb shelter, will you? We’ll use them as artifacts after the apocalypse levels out the streets.

Artist Rose Dickson reworks the boundaries of photography, moving between analog and digital, exploring the transference of two-dimensional and three-dimensional. Dickson considers stone as a historically relevant material—stone arguably being the first and most durable artistic medium. The artist first photographs stone, prints the photo, creates a sculpture from the print, lights it, and photographs it again. Shifting between real and documented, 2D and 3D, the artist cites Marguerite Yourcenar’s 1992 essay, That Mighty Sculptor, Time, in describing Greek statues that are “so thoroughly shattered that out of the debris a new work of art is born.”

Ala Ebtekar’s work explores the juncture between history and myth, melding together Persian mythology, science, philosophy and pop culture. Works included in this exhibition reference celestial bodies, considering light, time, distance, and space. Ebtekar's Zenith series investigates the transference of light in two ways, using imagery from the Hubble Space Telescope and a cyanotype printing process. The artist connects two distant points of information, transcribing deep space into a physical near space through an understanding of light perspective—the photographic exposure and the speed of light.

Zach Hill works in a diverse range of medium including drawing, painting, sculpture, photography, film and perhaps best known for his sound-based projects as a percussive musician. As a visual artist, Hill’s solo exhibitions include Poltergeist (2006) and has published an illustrated book entitled Destroying Yourself is Too Accessible (2004). Hill’s painting practice has always been a part of his artistic repertoire, creating otherworldly figurative specters that seem to deal with imagery on a molecular, visceral level.

Graham Holoch diaristically captures unintended moments, compounding imagery and drawing into singular collaged panels. Holoch combines his organic faux naïf hand and photography, concerning himself with the process of relating materials to memory and experience. Bish Bash Bosh is a pictorially demonstrated creation story and as the artist notes—the natural world lives by its own whims, outside of humanity. Holoch explains, "Currently my work is about death, misheard song lyrics, push and pull, and constantly having cold hands."

Cybele Lyle’s projection work captures her literal personal perspective without intentionally seeking something specific or spectacular. Unexpected surprises occur in the combination of recorded outdoor nature scenes overlaid on indoor architectural elements. Lyle describes this happenstance as "the unknown piece that comes from the chemistry of two different places." This relationship between time and motion is a study in the unknown, the documentation of the vast and uncontainable natural environment then encapsulated in a controlled architectural space.

Shaun O’Dell explores the intertwining realities of the human and natural orders. O’Dell makes drawings, videos, music and sometimes sculpture. “For years my drawings—and paintings as well—have been thoughts about how we engage and interact with nature. Specifically, I have been interested in: how our engagement with nature has influenced the development of the American mind.”

Alice Shaw's Gold Landscape series centers around humanity’s conscious effort to be less prone to conquer the environment and more determined to actively preserve the planet’s natural beauty. Inspired by how gold and other precious metals were used in Byzantine art to beautify and revere paintings and icons, Shaw enshrines parts of her black-and- white images with twenty-two karat gold leaf to instill a renewed reverence for nature.

Painter Jered Sprecher adapts and refines imagery, many times taken from nature. Sprecher explains. explains, “Light and space are important to my work. I think about the light that emanates from a digital screen and also from the burning embers of a fire—both things that we stare at—often transfixed.” His work has been described as "Casualist," embracing the messy, mundane and variegated aspects of modern life.