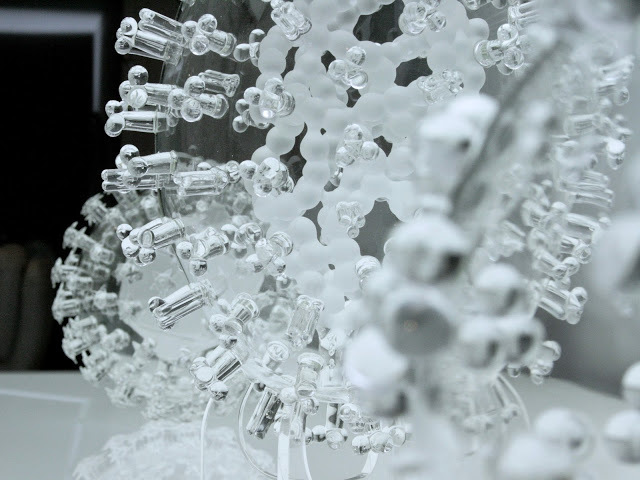 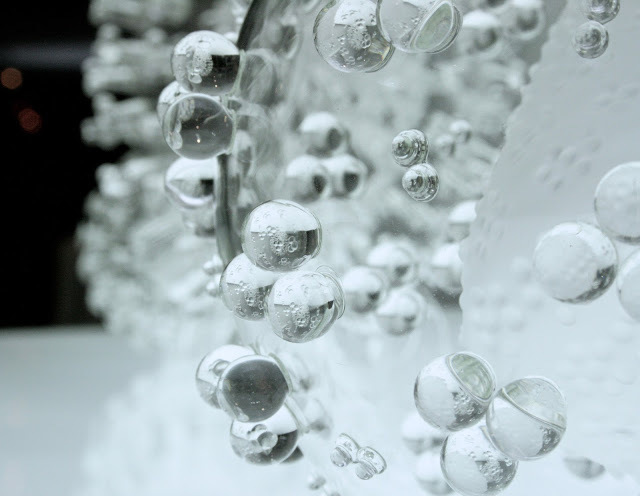 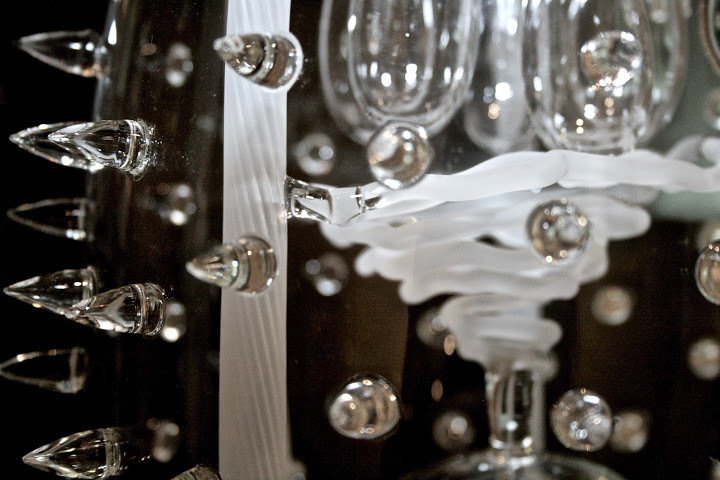 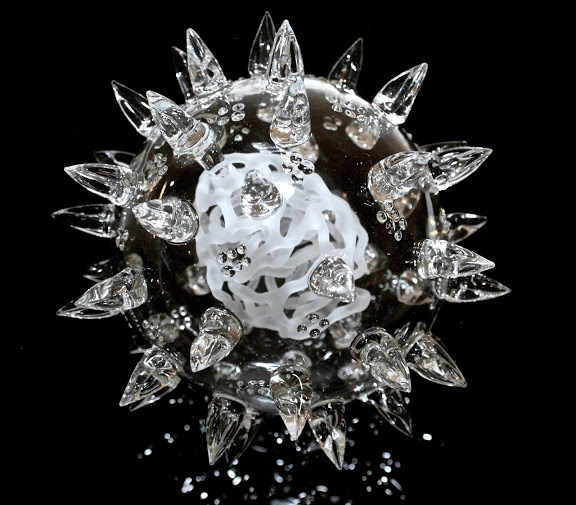 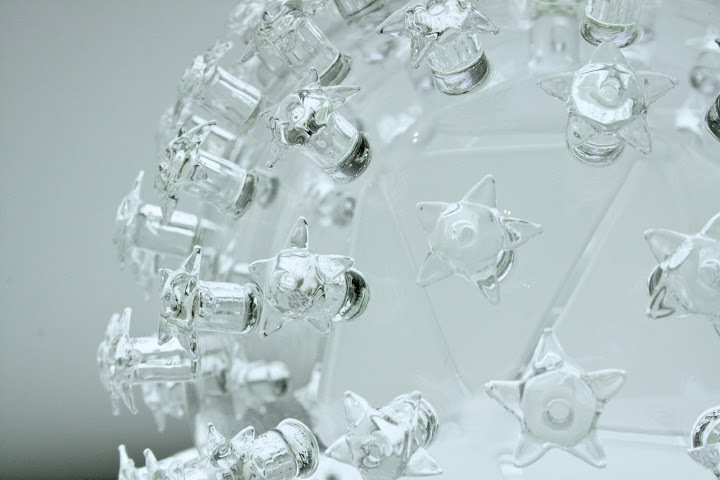 ‘Impermanence’, the idea that all matter collapses, resonates in the work by artists Luke Jerram and Seung-Hwan Oh. Both artists have used elements of microbiology in their work to very different effects, and Gallery Elena Shchukina is delighted to have the opportunity to unite these works in this exciting exhibition.

Luke Jerram’s sculptures and prints at Gallery Elena Shchukina form part of his Glass Microbiology series. From early in his research he discovered that viruses are colourless, and by recreating them in glass he could turn something that can be horrific, into something beautiful. Jerram believes that his works are not complete until they are handled and explored by the viewer as it is the public’s engagement that activates his creations.

Seung-Hwan Oh’s photographic portraits are distorted by their meeting with bacteria; the material worlds of the photographs are eroded. He bathes his film in water and homegrown bacteria for months, or sometimes-even years, blending the organic and the artificial, until appreciable damage has taken place. This process creates a tension between what is still visible, and what is lost. These images do not dictate what to say- they are open for the viewer’s interpretation. To some, these beautiful works are disturbing as the natural form has been destroyed.

Science and Art are considered opposites, one analytical, and the other often expressive. However, both Jerram and Oh unite these opposites and create magnificent works by doing so. An article by the Wellcome Collection sums this up perfectly: these artists take what is seen and understood and create something beautiful: “Our society could hardly exist without either, but when they come together our culture is enriched, sometimes in unexpected ways”.

Bristol based artist Luke Jerram graduated form Cardiff School of Art in 1997 and has since exhibited widely worldwide including the Wellcome Collection, London; ICA, London; Heller Gallery, New York; Murano Glass Museum, Venice and the Mori Art Museum, Tokyo. He has created numerous site-specific works and his works can be found in many private and public collections.

Seung-Hwan Oh studied at C.U.N.Y Hunter College where he earnt his degree in Film, Theater & Photographer. He has exhibited widely in both solo and group exhibitions throughout Asia including at the French Cultural Center, Japan and the Zahah Museum, Seoul. Oh has also taken part ingroup exhibitions in New York and Paris and recently held his first solo exhibition in Italy. We are delighted to present his works for the first time within the UK here at Gallery Elena Shchukina.