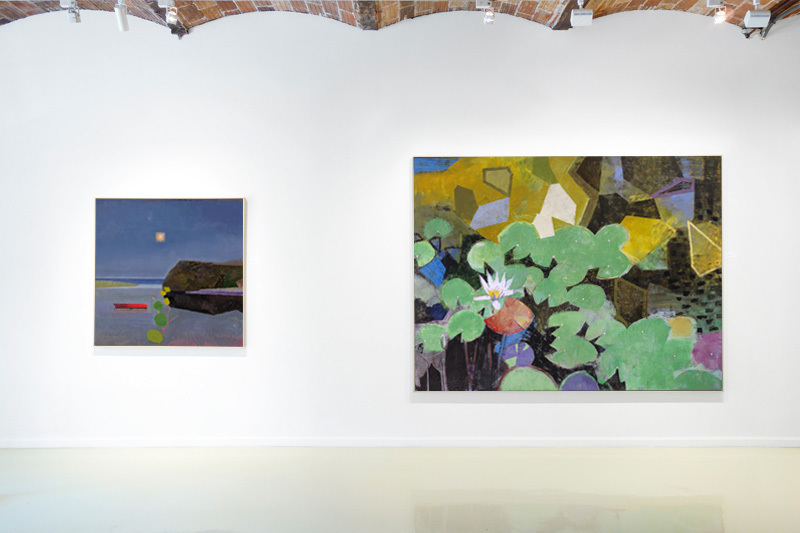 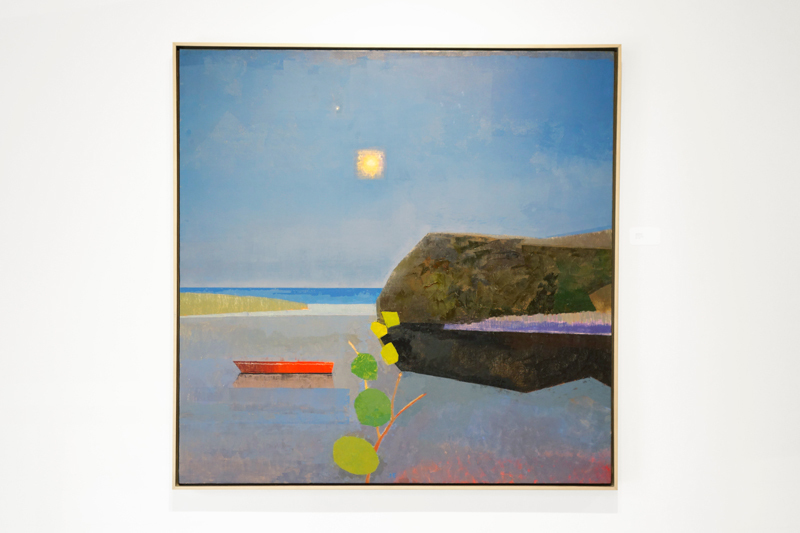 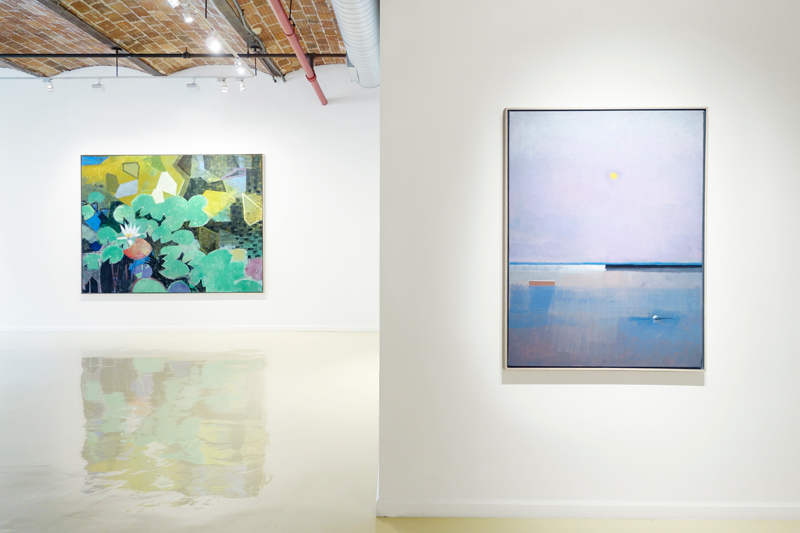 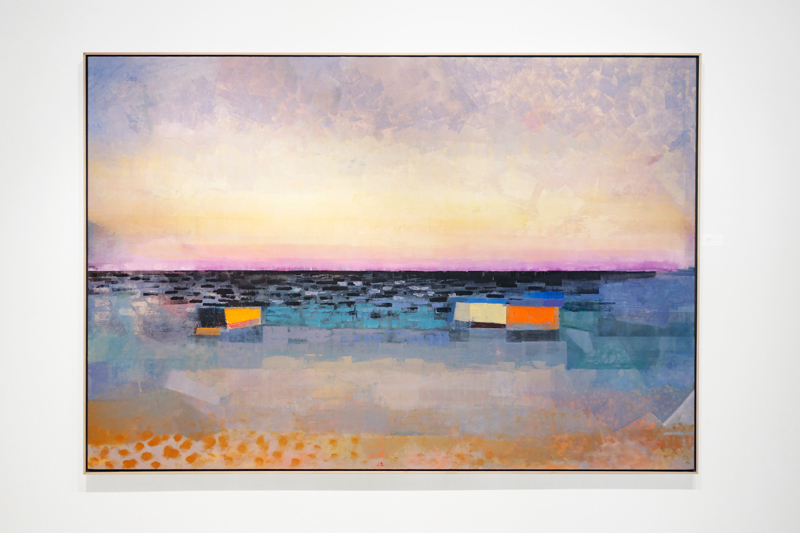 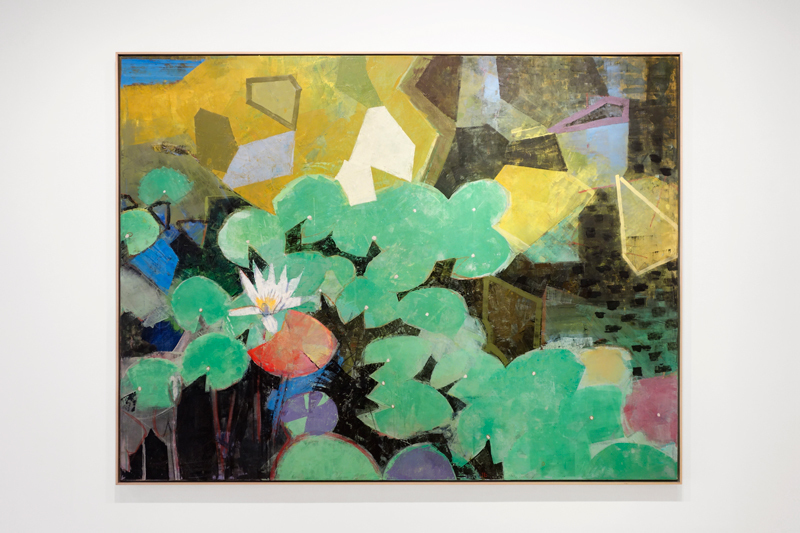 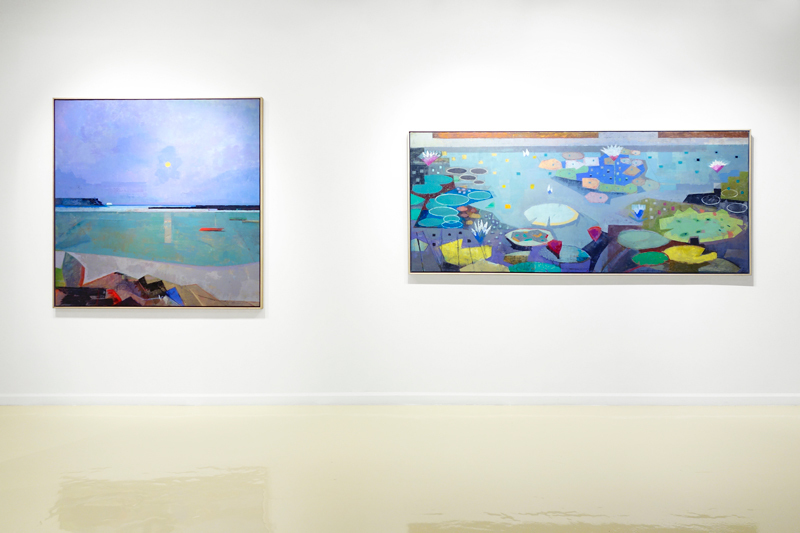 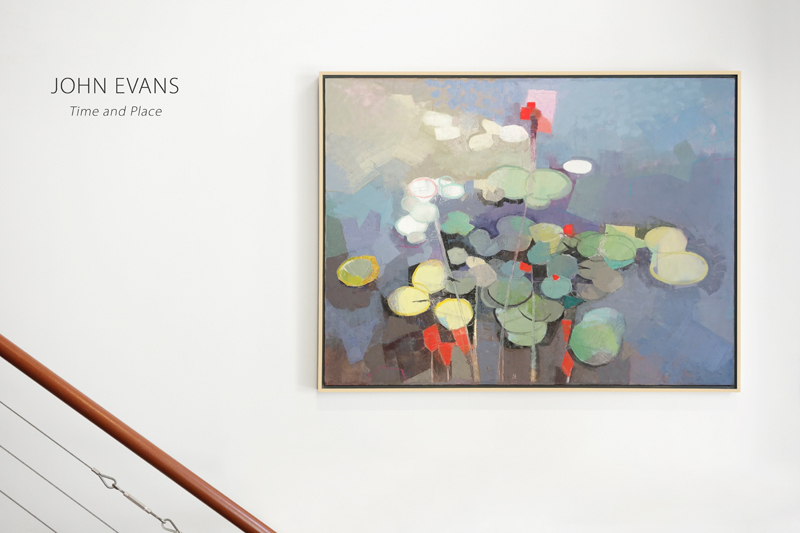 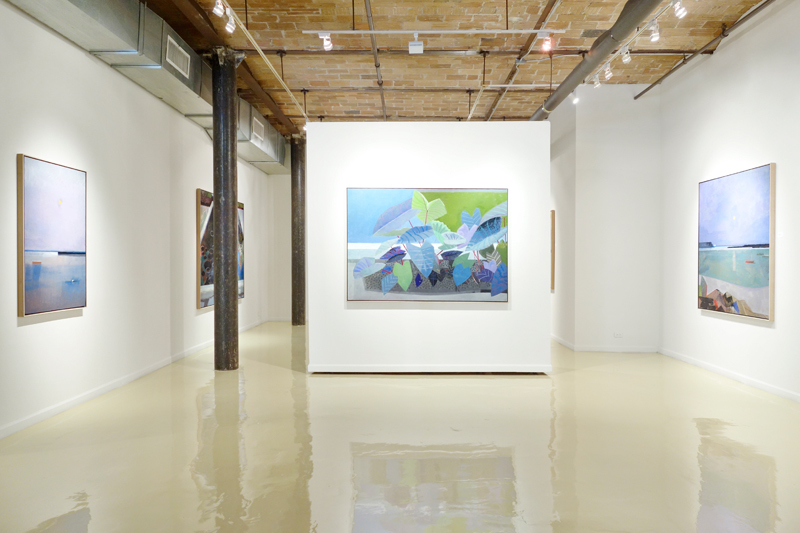 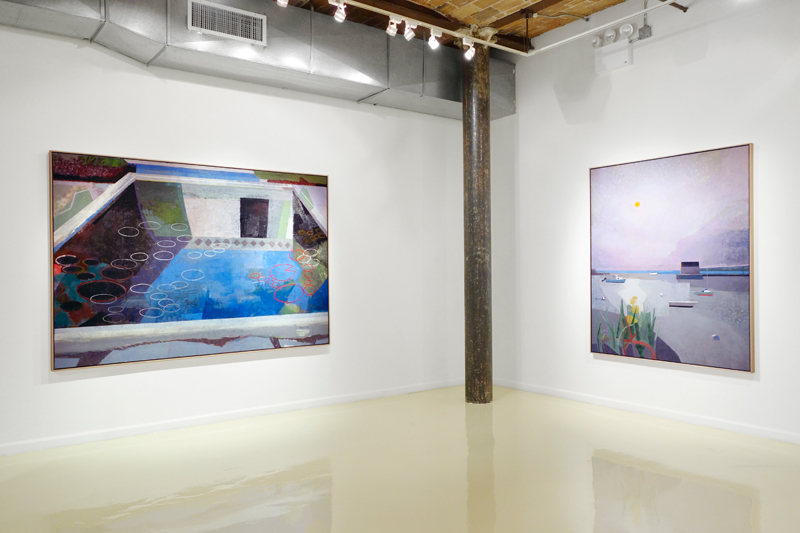 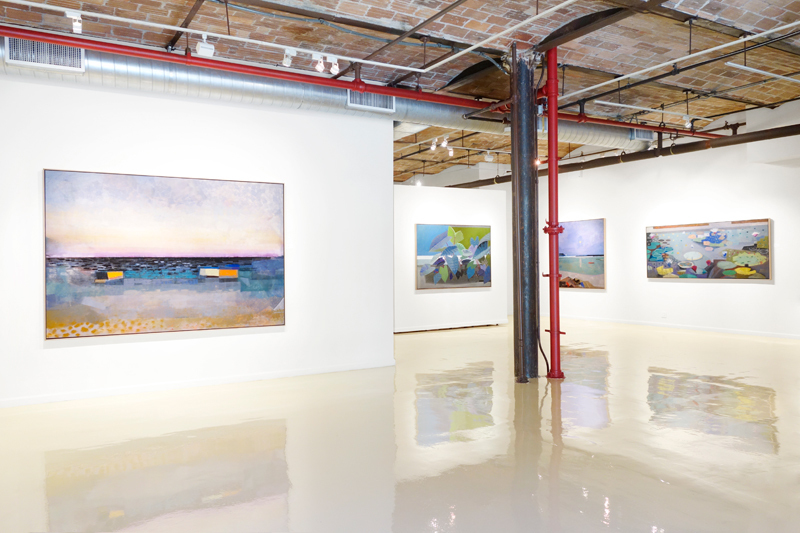 Gallery Henoch is pleased to present 15 new paintings by John Evans. His twelfth solo exhibition at the gallery will run October 5 – 28, 2017. The opening reception is Thursday, October 5, from 6 – 8pm. This event is free and open to the public.

The landscape paintings by John Evans reveal an artist whose painterly invention blurs the ordinary dividing line between art and nature. The exhibition is framed around 8 large scale paintings in which Evans playfully composes images representing either leafy botanic gardens or vast bays of water (he lives off the eastern shore) with an airy touch. In one such painting of lily pads, Monument, 76” x 100”, large rounded forms spill across the canvas, breaking apart the picture plane. Evans’ signature brushwork maps out geometric shapes of modulating hues, while in other locations he defines various plant forms with exhilarating line drawing. The paintings vibrate with color and evoke a natural world expanding in time and space.

Evans does not describe a specific location; rather he elicits the feel of a simplified, yet, universal place. He seeks to supplement our perspective of the real with a painterly vision. Evans states, “I visualize the world as a series of collages made of natural forms and concrete structures. In these paintings, I take apart each image and re-image the parts.” Evans is continually puzzling together taut design with energetic brushwork. He is careful to maintain a sense of immediacy in the execution. “It brings pleasure to observe works that merge a visual dance with a meditation. It is an aspiration for each painting I do.”

John Evans (b.1945) received his MFA from Boston University, under the tutelage of James Weeks, David Aronson, and Philip Guston. Early in his career he taught at both Boston University and Southern Methodist University, where he had his first solo exhibitions in 1976. In 1984, Gallery Henoch gave him his first solo show in New York. The Allan Stone Gallery also focused three solo shows on Evans beginning in the late 80s. The paintings by John Evans are held in the permanent collections of several distinguished institutions including the Museum of Fine Arts in Boston, MA, the Smithsonian American Art Museum in Washington, DC, the Fogg Art Museum in Cambridge, MA, the DeCordova Museum and Sculpture Park in Lincoln, MA, and the Houston Museum of Fine Art, TX, among others.