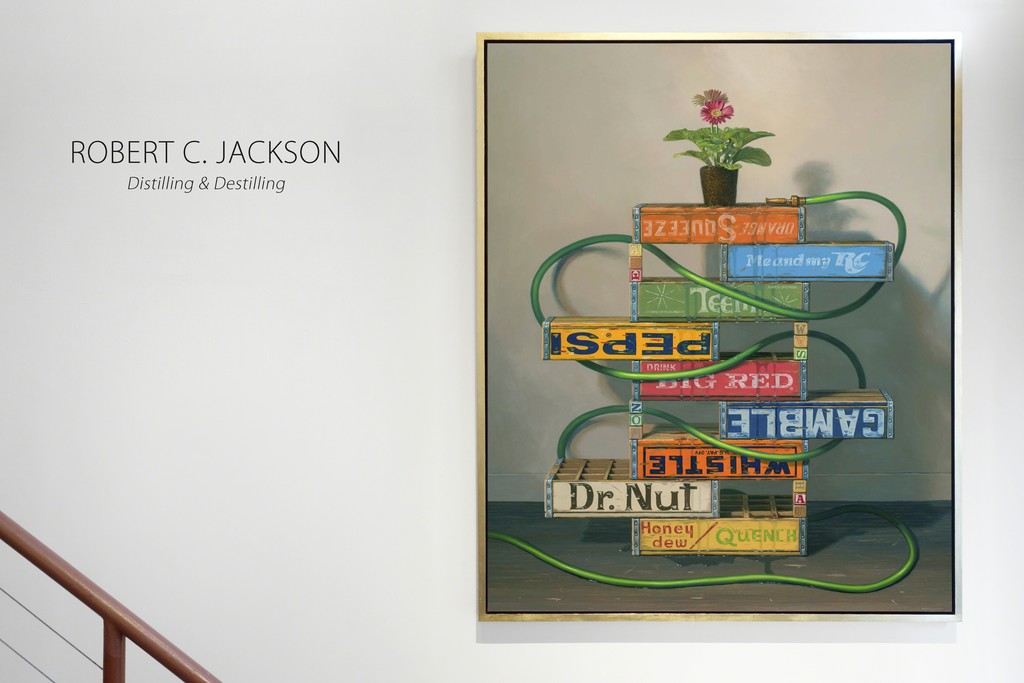 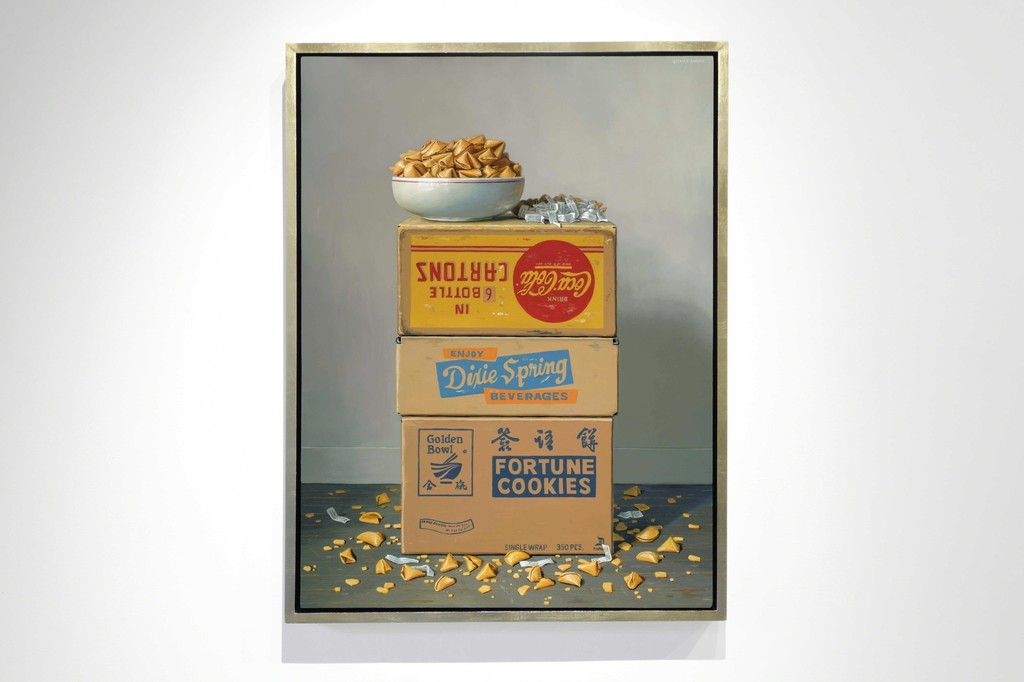 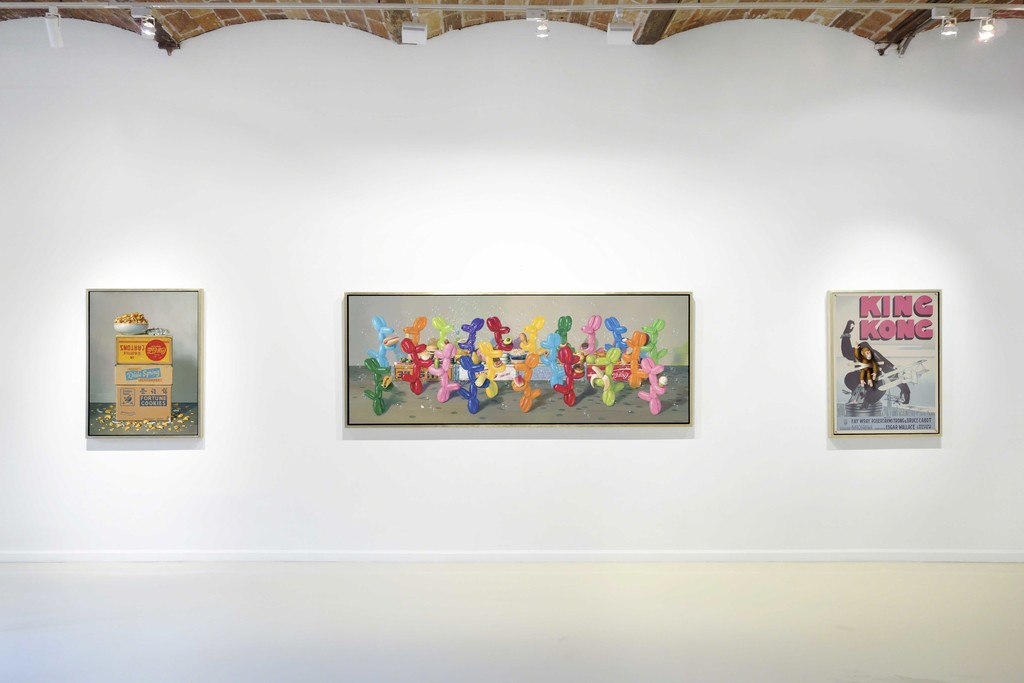 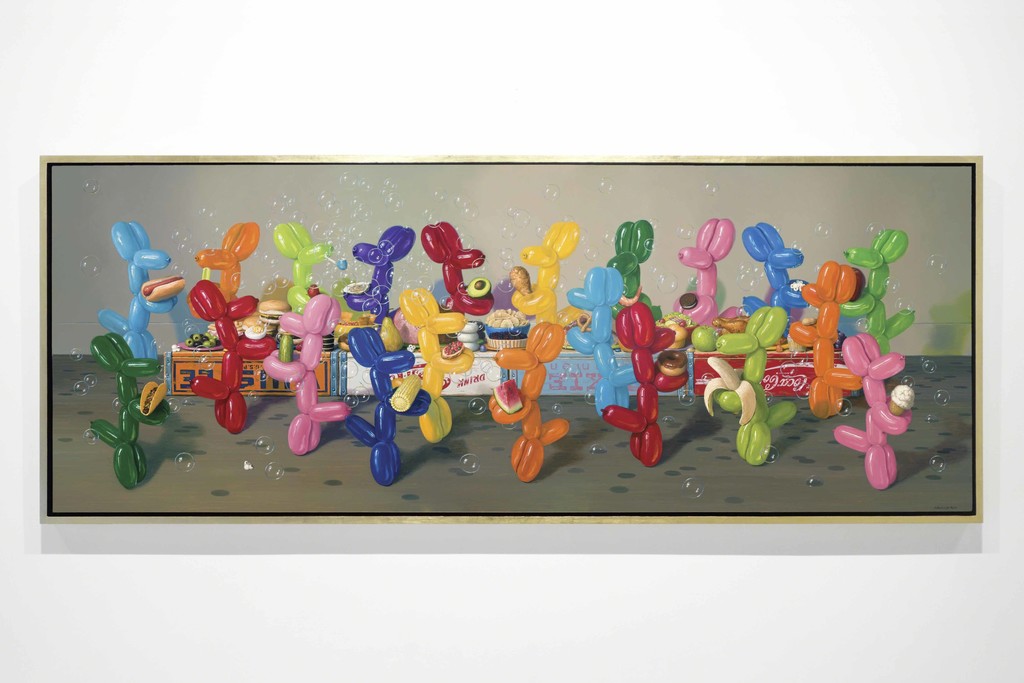 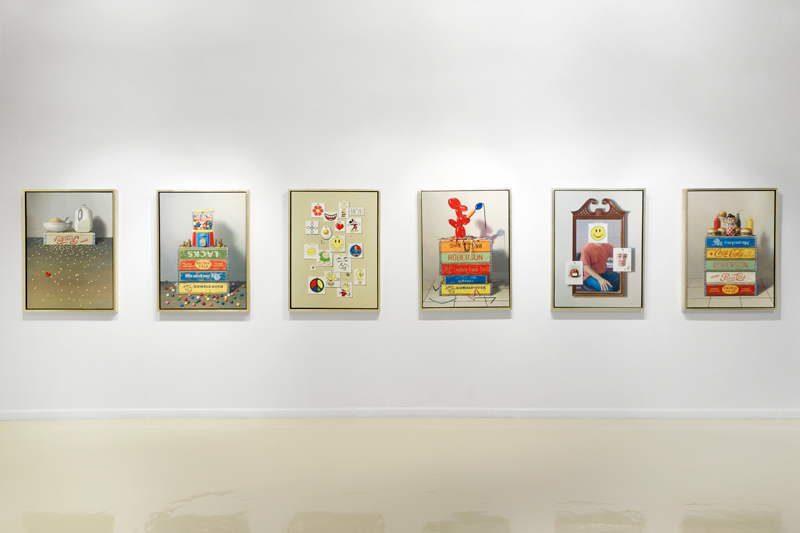 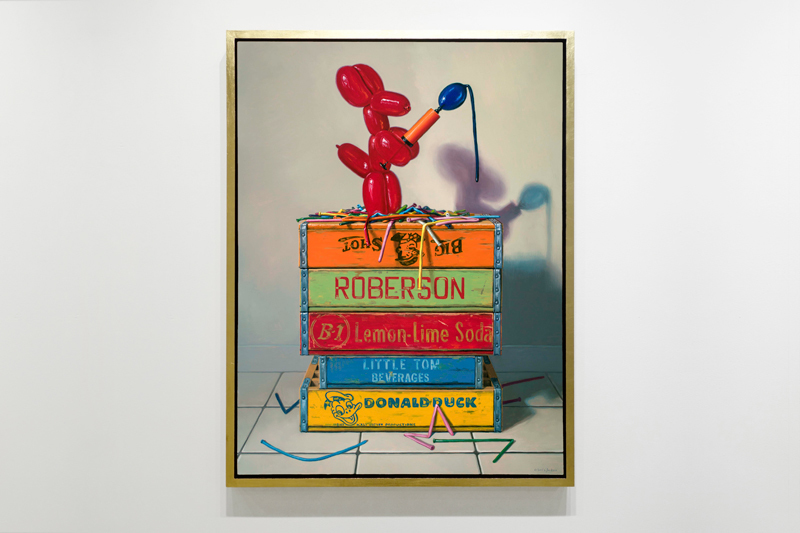 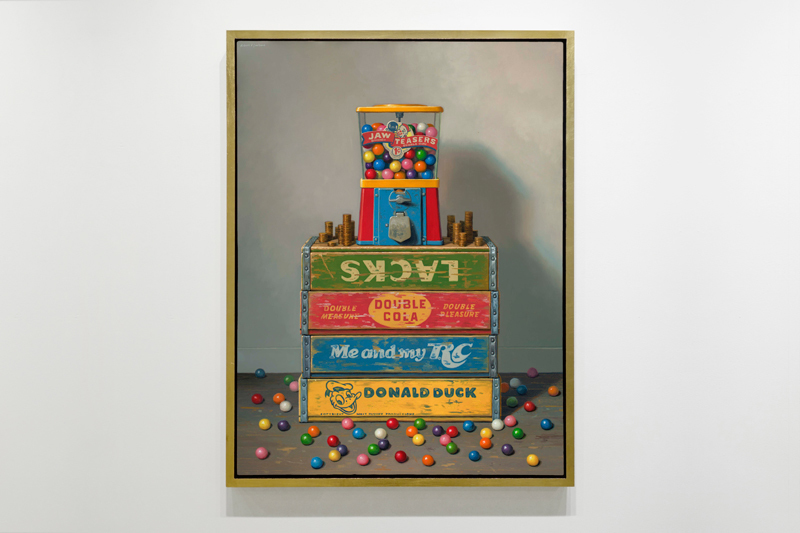 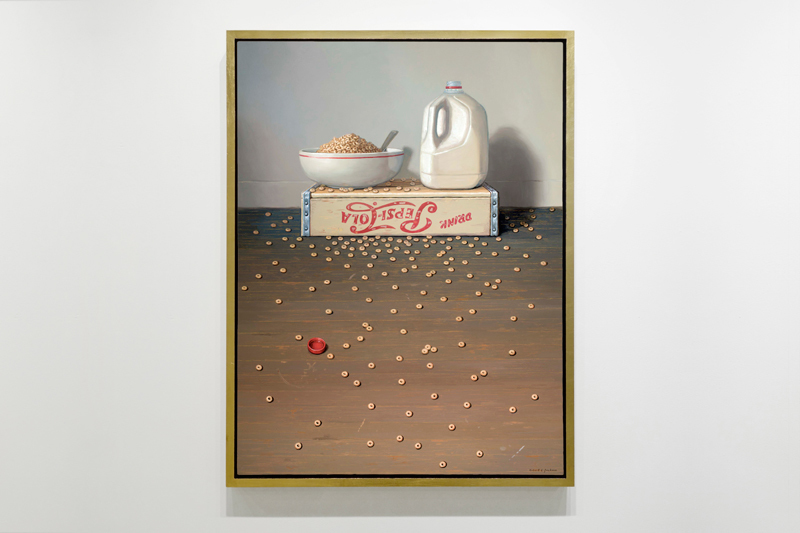 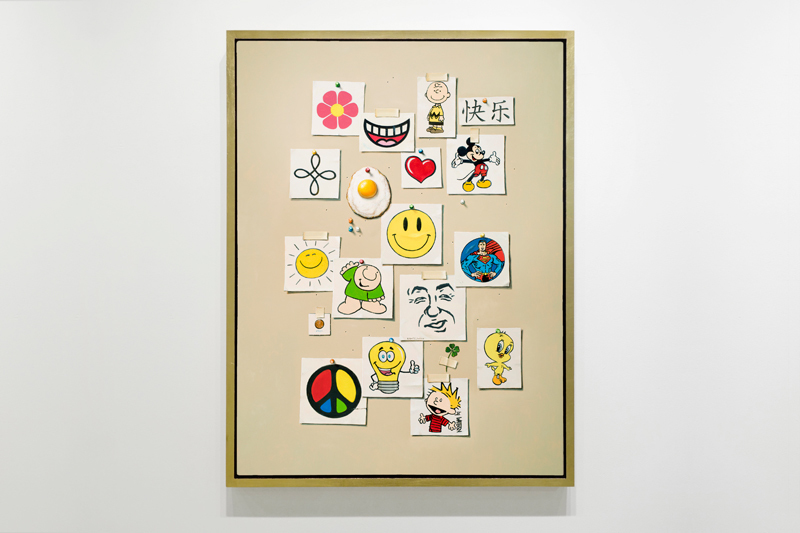 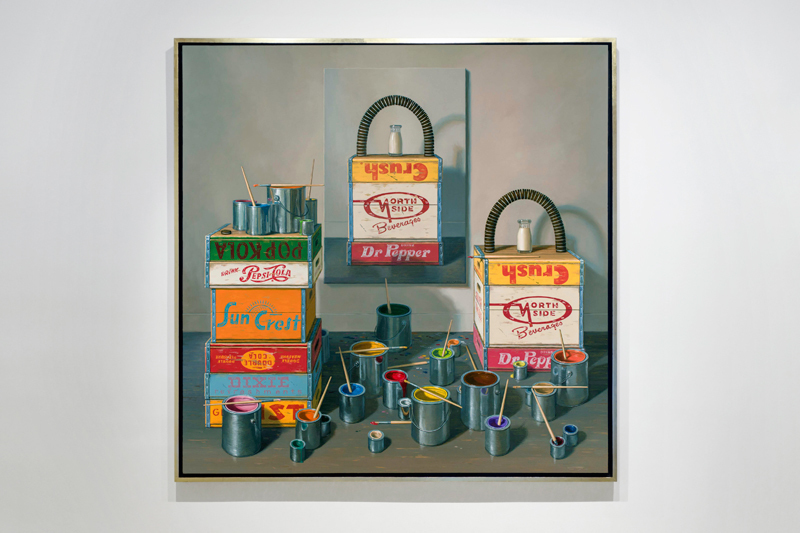 Robert C. Jackson builds on the extensive history of the still-life genre by ennobling familiar, yet nostalgic objects with a playful regard. He distills the composition to certain essential elements in a foreshortened picture plane. Poised atop his iconic, colorful beverage crates, Jackson animates a regular cast of characters, including stacks of pastries, anthropomorphized apples, classic figurines, and balloon animals. Jackson conjures up scenes that delight in their illusory spectacle—his clever compositions relish in absurd impossibilities that speak to the very act of creating (or destroying) itself. As if overlapping the frames of a film, Jackson allows the viewer to visualize the before, during, and after effects of his “destilled” props.

Jackson’s transfixing work makes it easy for viewers to suspend their disbelief. But there’s an element of self-awareness in Jackson’s paintings that makes one conscious of the process of being fooled. If artist and magician can both be described as illusionists, then Jackson’s Day At the Office (above) is akin to a magician revealing the mechanism behind his tricks. Painted at human scale, Day At the Office looks like a scene the viewer could walk into, pick up a brush, and start painting.