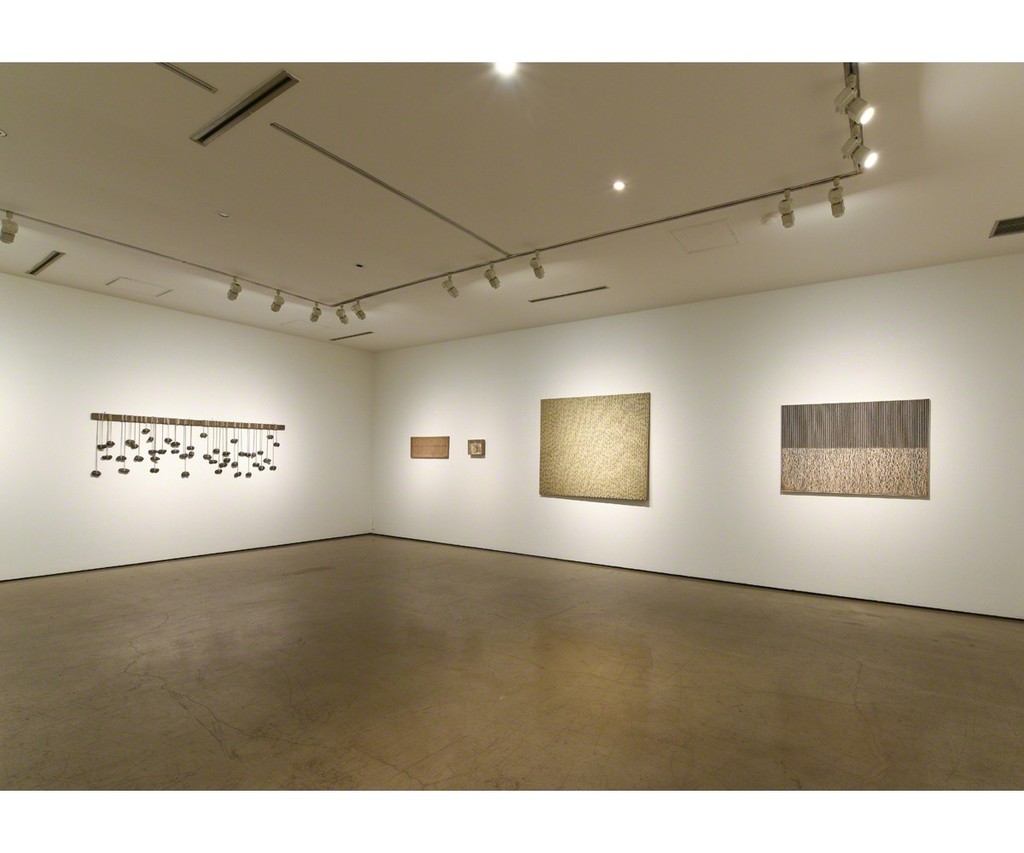 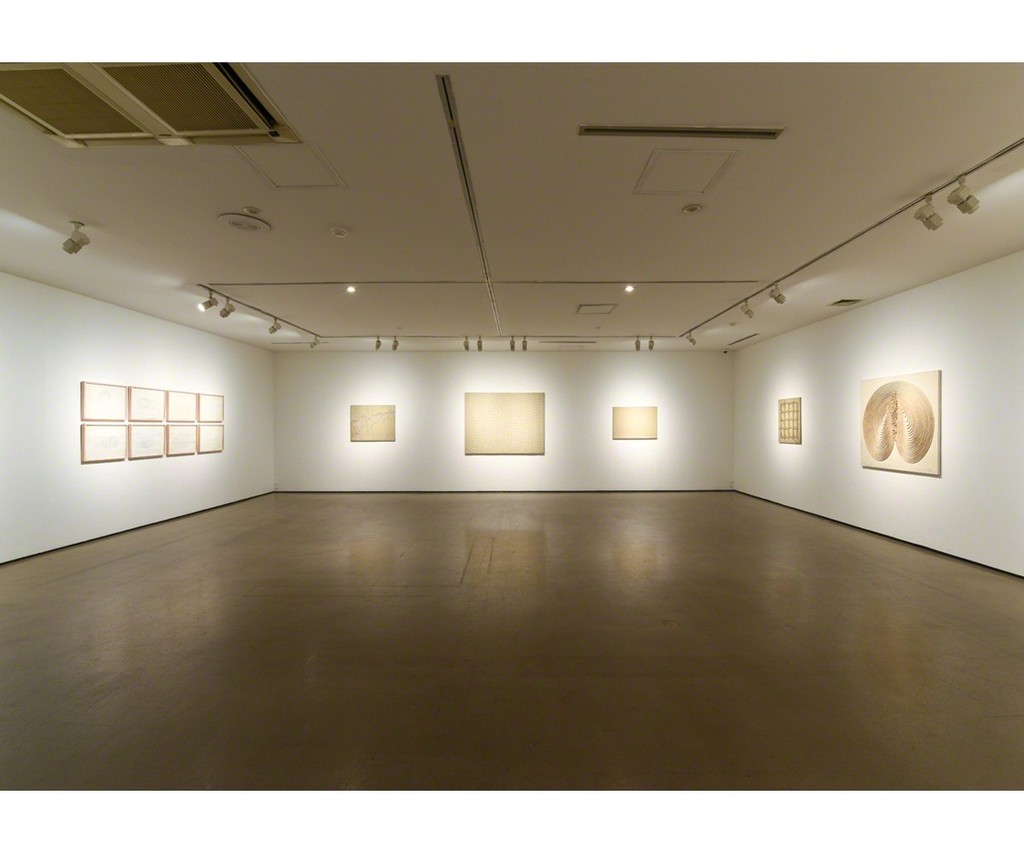 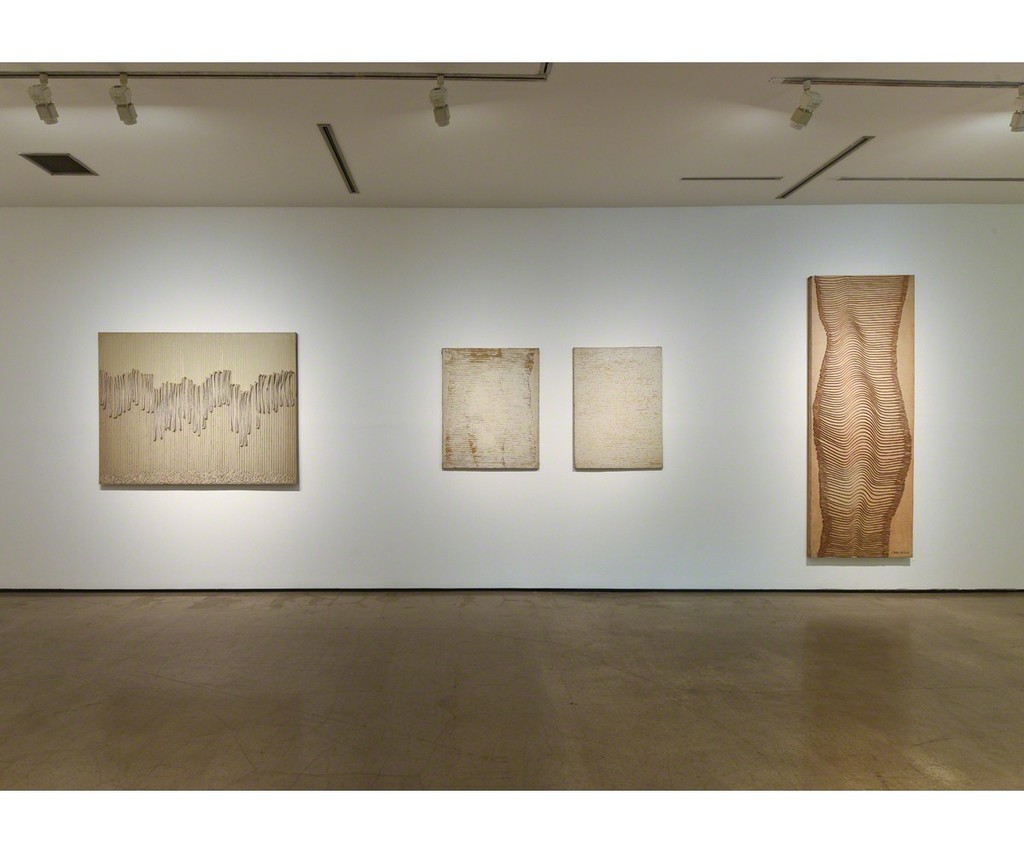 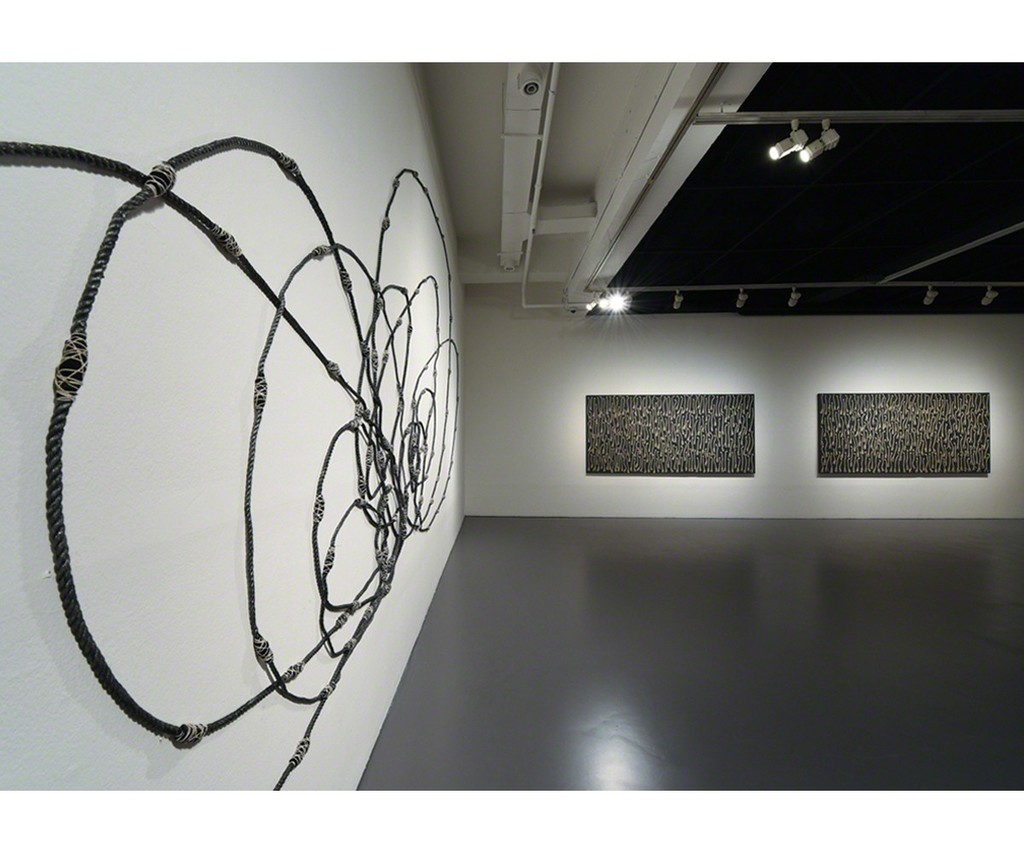 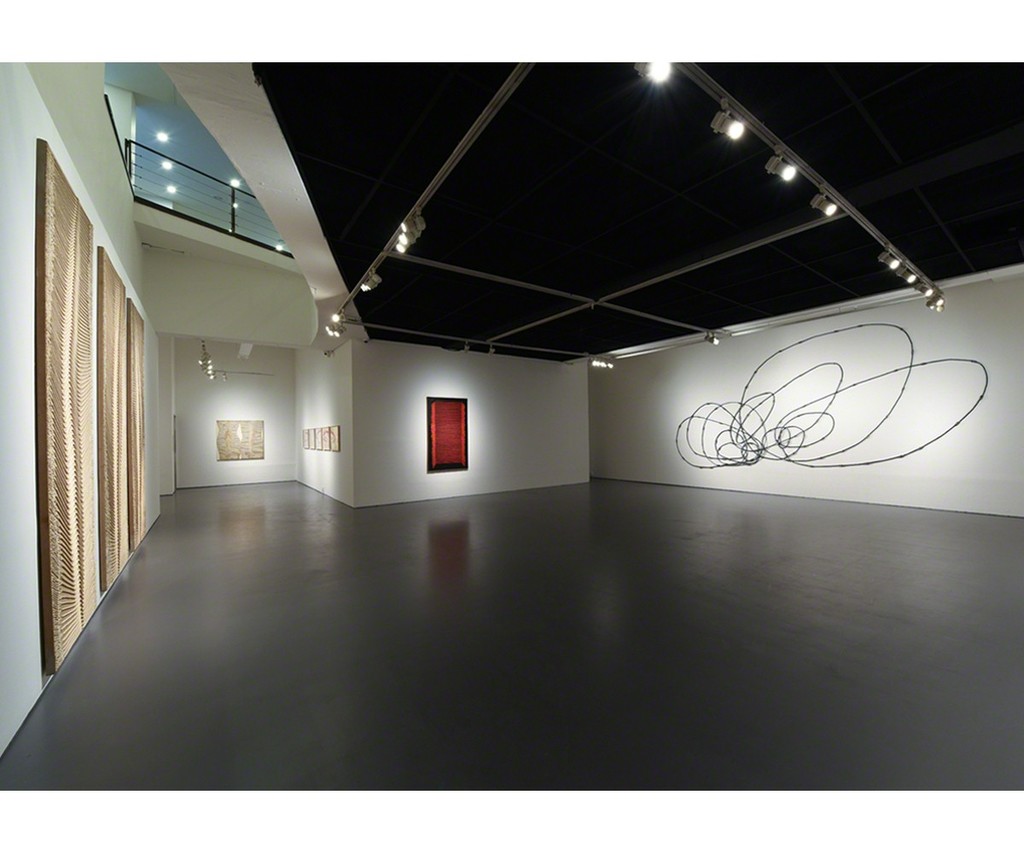 Gallery HYUNDAI is pleased to announce a survey exhibition of DRAWING by Seung-Taek Lee. On view will be works from 1957-2015 focusing on his exploration of cotton-fiber rope placed on canvases or onto the wall space.

The title of the exhibition derives from Seung-taek Lee’s site-specific installation called ‘drawing’, which he achieved by creating lines on a wall using ropes. Departing from the traditional notion of drawing as a preparatory or subsidiary practice, Lee instead created ‘drawings in space’ by materializing his ‘lines’ and dots’ through ‘ropes’ and their ‘knots’, incorporating the exhibition space as the support. Taking the cue from Lee’s descriptions of such experimental works as ‘extended form of drawings’, this exhibition proposes to reconsider Lee’s oeuvre and shed new light on his drawings that move across a range of media and categories.

Lee’s Godret Stone series from the late 1950s serve as an important point of departure for the exhibition: they demonstrate Lee’s use of ropes as a key material and conceptual component of his experimental works. Considered as one of the most significant early works by the artist, the practice of binding objects with a piece of rope to alter their given shapes and material quality have been developed in various ways throughout Lee’s oeuvre. Through a seemingly banal and repetitive act of tying up an object, Lee challenges viewer’s conventional perception of the bound object. The versatile quality of the ropes have been particularly important for his ‘non-sculptures’, which defy traditional notion of sculpture as a three-dimensional, static object placed on a pedestal. By focusing on Lee’s sustained engagement with the material, this exhibition seeks to explore the various ways he employs the ropes to create experimental drawings.

Born in 1932 in Gowon (Currently a city of North Korea), Lee moved to South Korea in 1950. Since then he has been living and working in Seoul. As an avant-garde artist working at the periphery of mainstream Korean art scene throughout the 1960s and 1970s, Lee pursued his radical artistic experiments in relative isolation. In recent years acclaimed art critics and art historians have recognized the significance of his practice, calling for critical examination of his extensive oeuvre. When Lee won the prestigious Nam June Paik Art Center Prize in 2009, it sparked international interests. Since then, Lee’s work has been featured at various international exhibitions, including the 2010 Gwangju Biennale, Prague Biennale 6 (2013) and artevida (2014). Major collections including Museum of Contemporary Art Australia (Sydney), and Tate Modern (London) acquired Lee’s works.