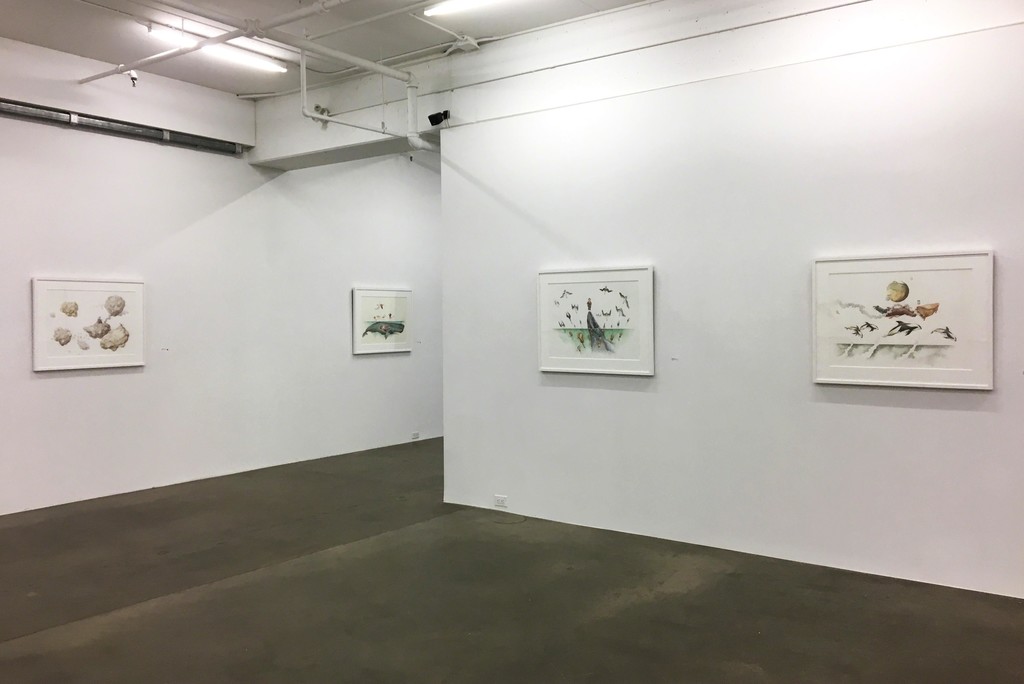 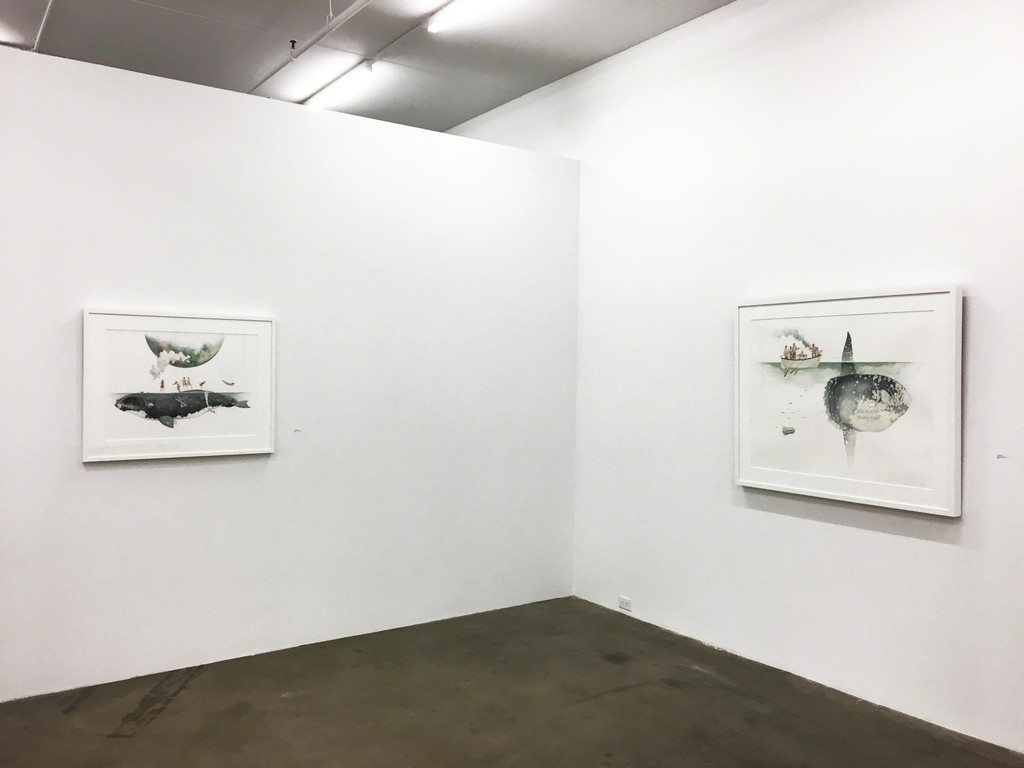 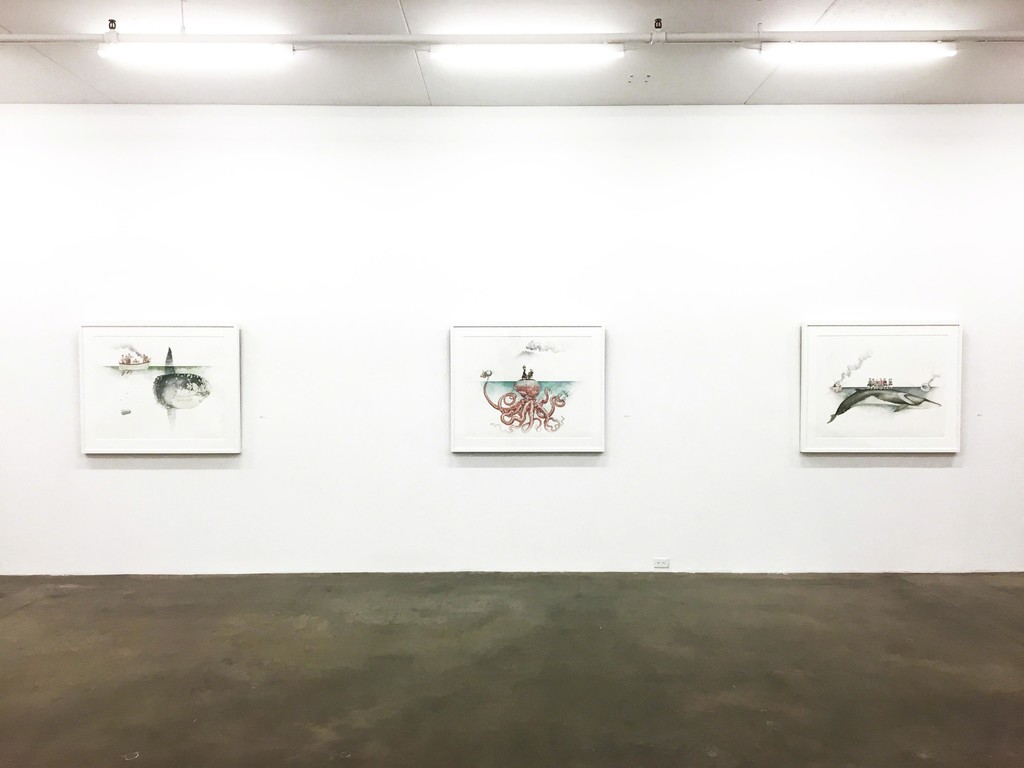 Within Paul Morstad's deftly rendered paintings, you can see the work of a gifted storyteller who can succinctly weave a lucid and compelling narrative. Much like Claude Debussy's enigmatic definition of music as "the space between notes", Morstad also crafts ambiguity into his work that leaves the viewer picking up threads as they wind through the ether of thoughtful substance.

His paintings are dense with allegory, wit, whimsy and absurdity. Thick with a confluence of ideologies, the works allude to Romanticism, the Age of Enlightenment, and the Industrial Age. He celebrates minds that pushed past the stagnation of the status quo, measured themselves with a new sense of humility, and set us on a course that now strains the capacity of the natural world.

"Was he an animal, that music could move him so? He felt as if the way to the unknown nourishment he longed for were coming to light"

Morstad's "Kartofel Kafka" is a painting of Franz Kafka sitting at a desk intensely typing, while positioned atop a Potato Beetle (Kartofel). All about are opened flying books expelling thick smoke, some of which have come to rest in nesting stacks. As an introduction to the image, Paul recounts a Cold War story of the Soviets accusing the Americans of secretly dropping millions of Colorado potato beetles to wipe out their food supply.

At first glance, the scene seems succinct and charming, but the viewer slowly becomes aware of a brewing pathos seeping through. Kafka's The Metamorphosis presents the fictional story of Gregor, who wakes up one morning to discover that he has turned into a beetle. This novella is a stew of estrangement and despair. By all accounts, this short story could be autobiographical. Franz Kafka, who suffered from alienation, depression, and anxiety, was one of the great tragic figures of the literary world.

An abridged list of Paul Morstad's skills and interests reads as follows; Artist, Musician (banjo and fiddle), Animator (he spent ten years working for the National Film Board), an affable conversationalist, a naturalist with an omnivorous interest in zoology, ornithology and biology, an explorer (he has canoed the canals and waterways through Germany to France, and Montreal to New York), an avid reader of literature and an armchair historian.