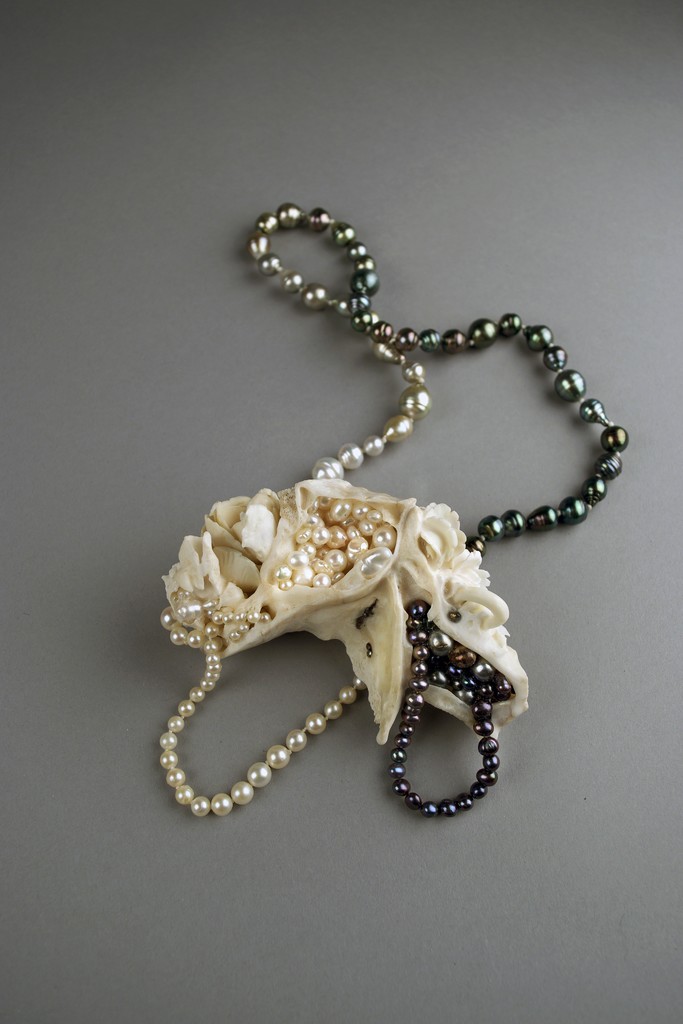 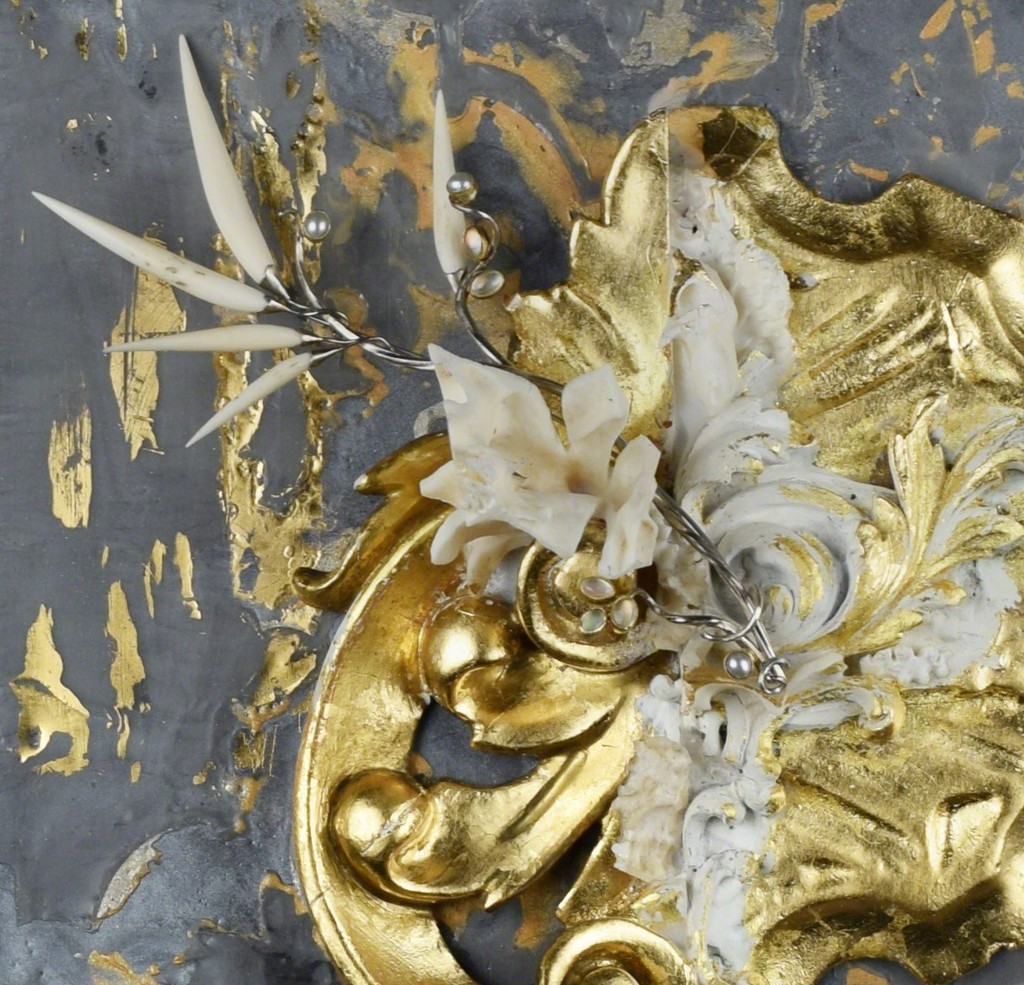 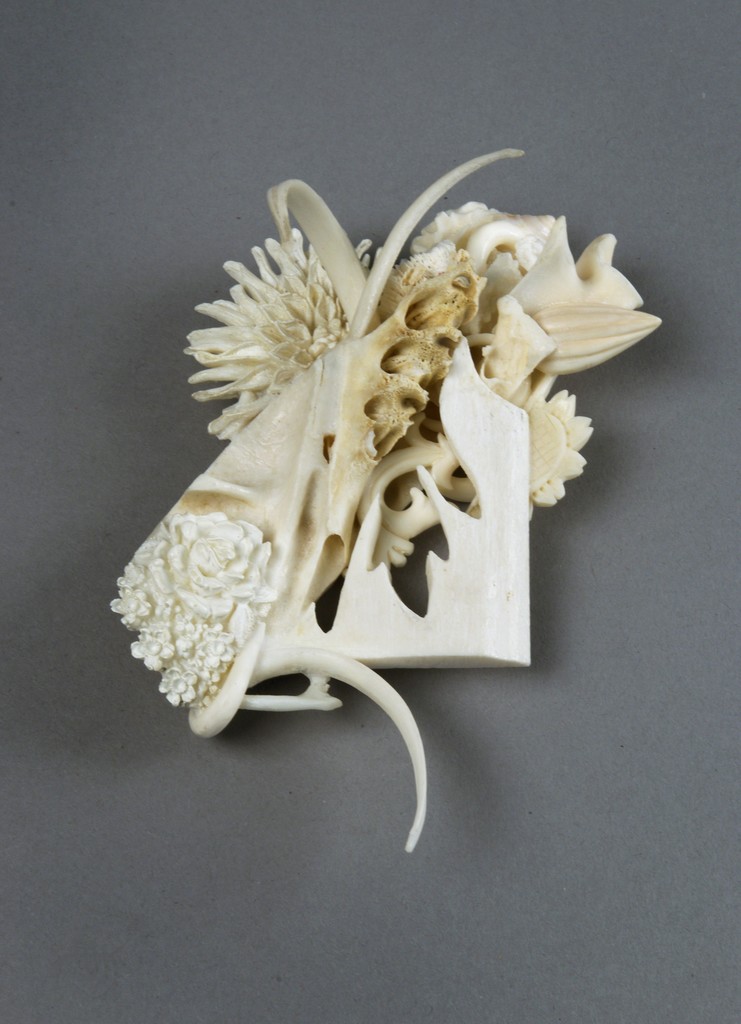 Once again Gallery Loupe is proud to be exhibiting at Collective Design. Celebrating its fifth year, Collective Design continues to offer the best of international design and material culture. Presented in an edgy industrial space—Skylight Clarkson Square—conveniently located in New York City’s West SoHo, this broad-based fair plays host to some of the most innovative galleries and artists from around the world. Vintage and contemporary works, ranging from furniture to jewelry, by both noted and new artists, will be presented in imaginative, often breathtaking, installations that promise a dramatic atmosphere even more exhilarating this year than in the past. Some objects in this eclectic array are quite rare and/or avant-garde. An informative and enjoyable program of talks, discussions, and demonstrations will provide an even richer experience for the visitor.

This year Gallery Loupe will be featuring new works by Jennifer Trask, Attai Chen, and Evert Nijland. Trask is notable for jewelry and sculpture that combines animal bone, fragments of Baroque picture frames, and gold leaf, as well as jewelry of precious metal, gemstones, and organic substances such as snake vertebrae. Her newest works are her most personal to date. Entitled “Accretions,” they focus on the heart –romantically as well as literally. One piece—a pendant—was suggested by the natural curvature of a deer skull bone, coincidentally in the shape of a human heart; it emphasizes the sentimental aspects of jewelry by its placement at the end of a long necklace of white, black, and gray pearls, which attract Trask not only for their beauty and nostalgic associations but because pearl breaks down to calcium carbonate, like bone. Rust is another substance that currently serves as both inspiration and actuation, suggested by the heart of King Richard I—also known as Richard the Lionheart. The organ was found in a lead box beneath an effigy located on Richard’s sarcophagus at the Church of Notre-Dame in Rouen; it had completely decomposed into powdered rust but was, nonetheless, later re-buried within his coffin. Also on view will be new carved and layered encaustic panels, informed by vintage wallpaper, and several of Trask’s sinuous wall installations. Like her jewelry, the latter is constructed from animal bones, repurposed wood, and gold leaf. Several of the monumental reliefs and freestanding sculptures that were exhibited in the Renwick Invitational 2016: Visions and Revisions (where Trask was one of four specially-selected multimedia artists) will be offered by Gallery Loupe. Trask’s work will be presented within a notable installation reminiscent of an abandoned salon, which, although decayed, regenerates as the objects and jewels appear to emerge from the architecture’s “bones.”

Attai Chen is informed by the faded hues of his native Israel, as well as the saturated colors of his present home in Germany. Exploring polarities in both mind and matter, Chen treats raw materials as if encountering them for the first time, without preconception. He utilizes cast-offs, carved wood, layered paper, silver, paint, and graphite, to express his purposeful, substance-based aesthetic. In discussing a brooch by Chen from the collection of Die Neue Sammlung – Design Museum, Munich, master goldsmith Otto Künzli wrote: “It is an impenetrable conglomerate, a rampant form of growth, at once fascinating, alluring, and threatening. I see a struggle, pain, and desperation. And from deep within, a warm light emerges.” In addition to brooches and neckpieces, Gallery Loupe will be featuring an imposing wall relief. Chen’s latest series, A Matter of Perspective, focuses on perception—the way each individual views reality through the lens of his or her own personal “filter.” A play on words, the very title asks us to suspend prior judgement about what may constitute the physical. With this series, Chen questions the very essence of objectivity, championing instead an ever-changing view of things, time, and space. Informed by the multiple perspectives used by Pre-Renaissance painters, Chen offers their scenic fragmentation as a paradigm for numerous viewpoints, as opposed to one-point perspective, which came later—presenting the viewer with a single frame of reference. “We get the feeling,” states Chen, “that we are looking at a body consisting of independent, self-contained, multidimensional entities in a process of bonding…This ‘incorrect’ representation is more realistic. It offers a humbler way of looking at the world around us and the place that we occupy in it.” A brooch from the series was included in Schmuck 2017.

Dutch jeweler Evert Nijland’s objects and jewelry navigate a spectacular course between the primal and sophisticated, historic and modern, luxe and quotidian, tangible and intellectual, investigating cultural markers long considered opposite. Steeped in European art and material history, from Paestum to Piranesi, Nijland is, nonetheless, committed to the new. He juxtaposes disparate elements, such as ornate Baroque embellishments with conceptual contemporary aesthetics, utilizing both traditional techniques and current digital practices, along with substances as diverse as textile and iron, rope and porcelain, and rubber and mole fur, encouraging the viewer to perceive art through an alternate set of criteria. In his latest brooches Nijland has combined hand-blown glass with antique weathered wood or silver, and thrust small, replicated glass forms through holes in wide leather collars and cuffs, representing for him “the inner force and energy that wants to come out.”