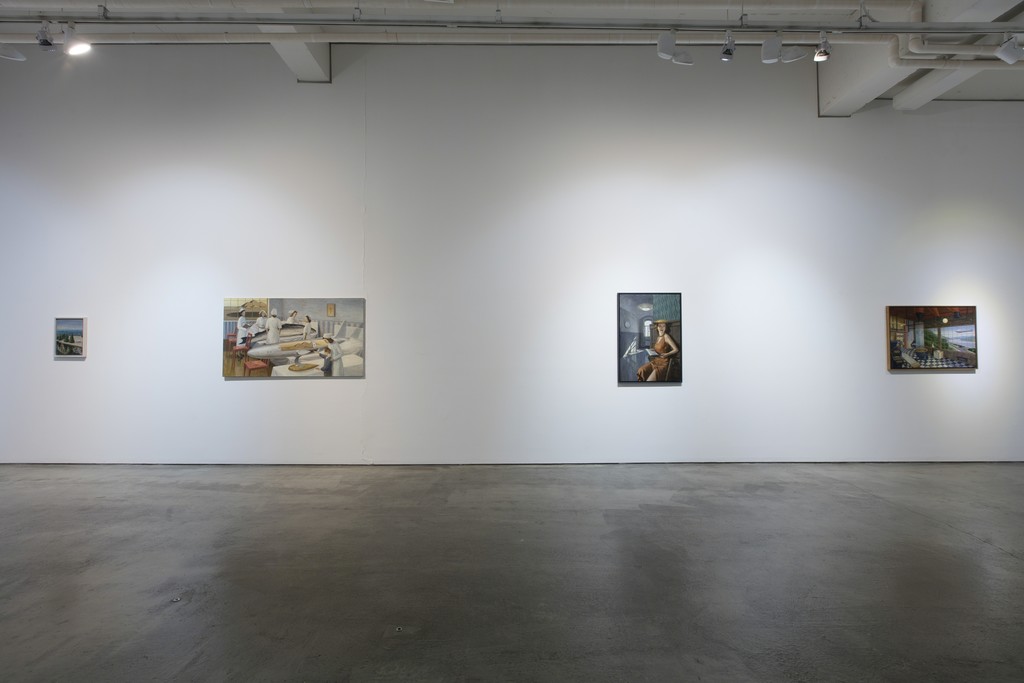 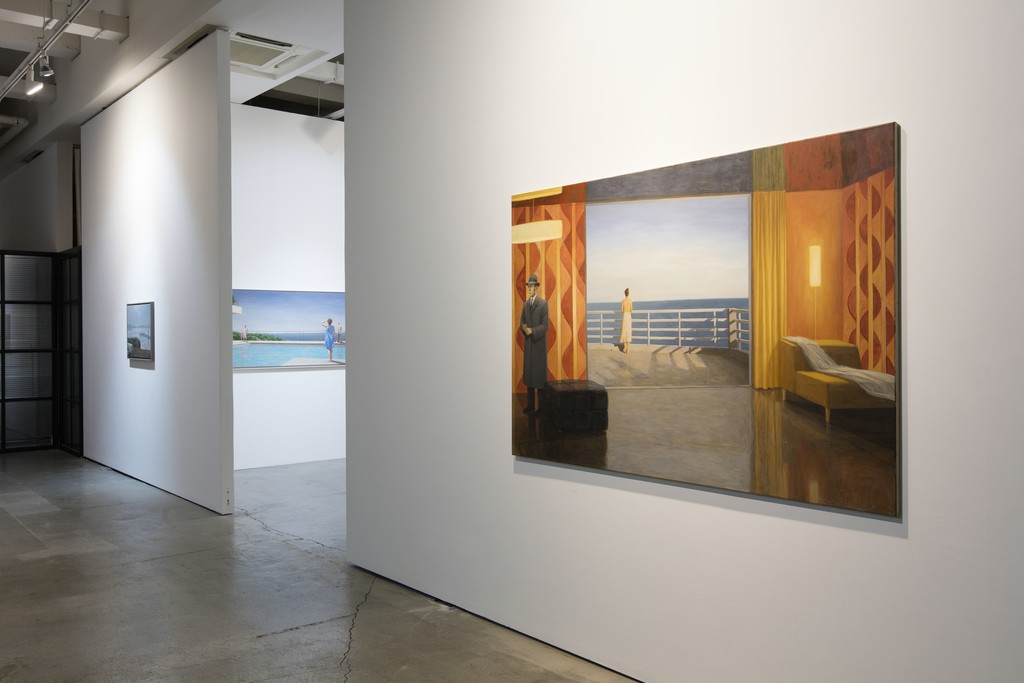 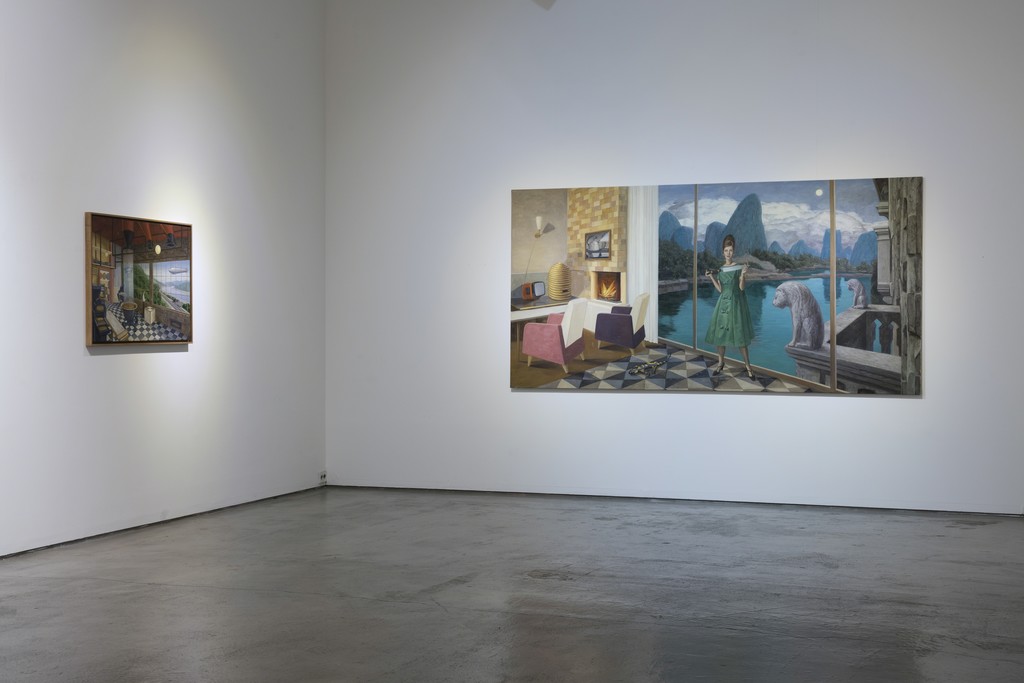 Gallery LVS (Sinsa-dong space) is very pleased to present German artist, Axel Krause’s solo exhibition “Film Noir” from July 6th to August 5th, 2017. The title “Film Noir” refers to the film genre and the kind of mood the film genre creates, led by film directors like Orson Welles and Fritz Lang in Hollywood from the early 1940’s to late 1950’s. Influenced by German expressionism, film noir describes human’s twisted insides by dark, demented narratives and mise-en-scene combined with extreme situations and fantasies. German expressionism has also affected other several art genres including the Old Leipzig School. The age of chaos after the First and Second World War had revealed mankind’s darkest side, leading to melancholic, cynical and also majestic style of figurative painting.
Axel Krause is a part of the Third generation of Leipzig School, the New Leipzig School with Neo Rauch as his classmate. The New Leipzig School arose at the heightened conditions pre and post the fall of the Berlin Wall. It presented a new genre on top of the existing Leipzig School style by mixing contemporary and futuristic schemes, like the dramatic appearance of the fallen wall upon Eastern Germany, which seemed forever dark.
There is something very film noir about Krause’s paintings; the sharp arrangements of figures and objects within serene landscapes build theatrical tension. Moreover, his works are further mystified and cynical with techniques and narratives characteristic to Surrealist approach in addition to the film noir’s decorative methods. References to art history that appear regularly throughout Krause’s paintings seem too specific and symbolic, evoking a desire to deduce their relationships, but there are not actually any fixed answers. As more concrete and specific the paintings get, more unreal they become.
Caspar David Friedrich’s man’s silhouette gazing into the vast, open nature is a simple composition; however, there is an endless narrative in between the man and the landscape. The narrative is not a unilateral one, but an entwined, multilayered, unrestricted directivity. Axel Krause captures moments from riding on the flow of a rhythm, yet not a rhythm, and via a direction, yet not a direction. He ushers the audience into the montage of consciousness that is fraught with peril.