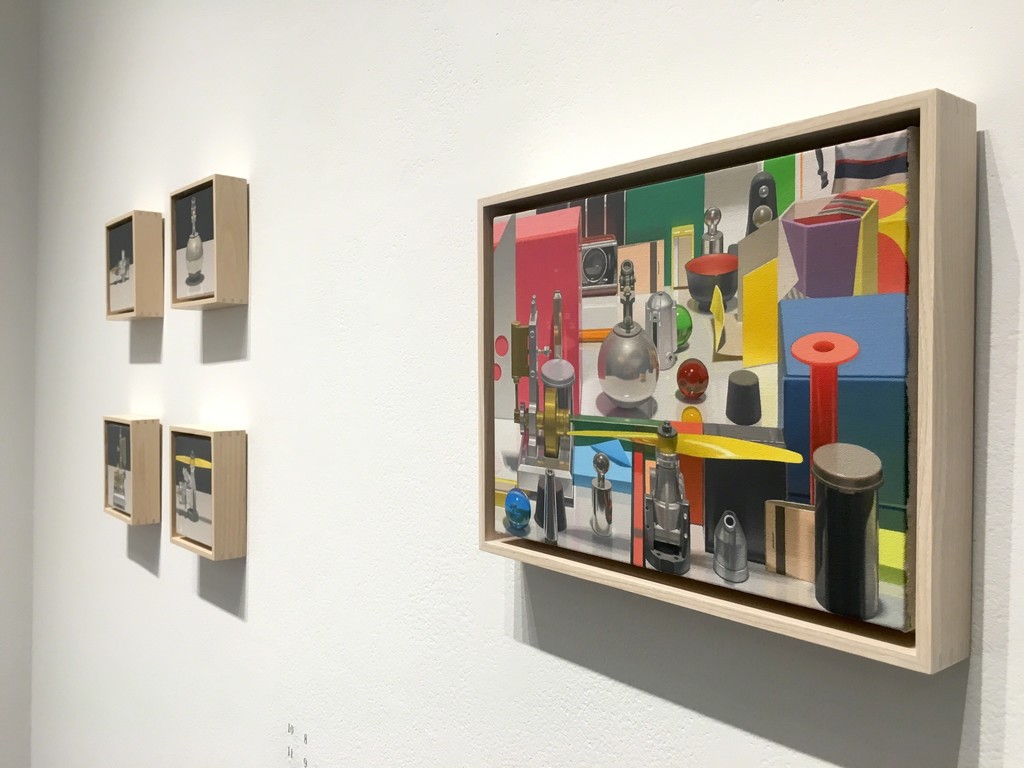 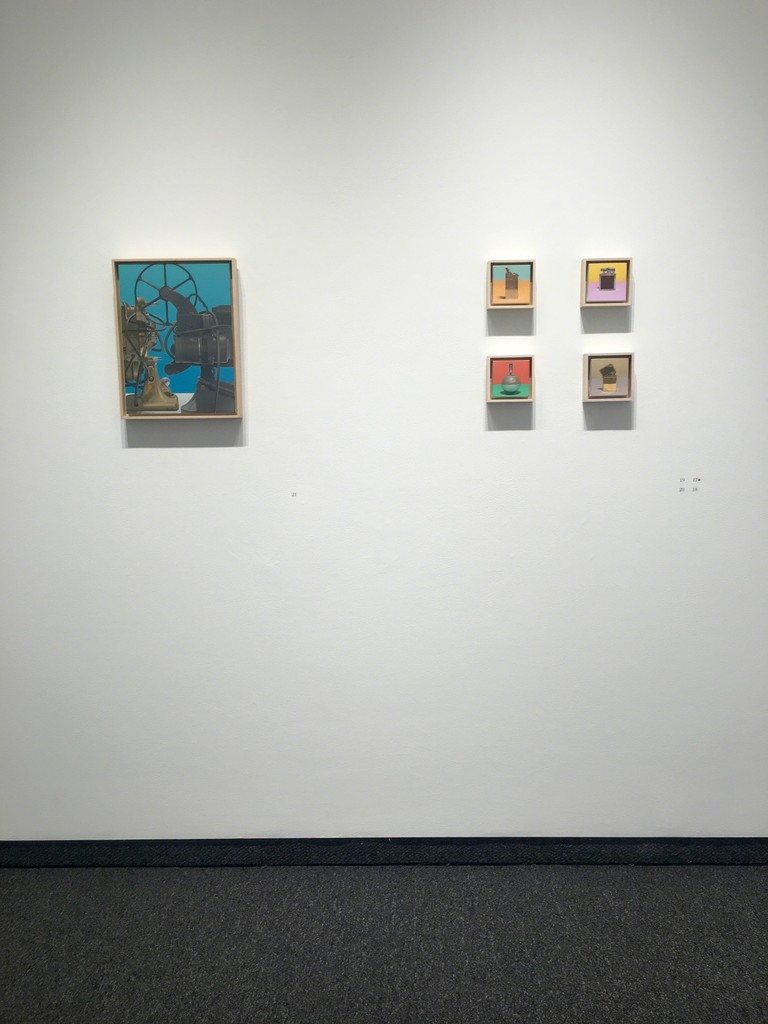 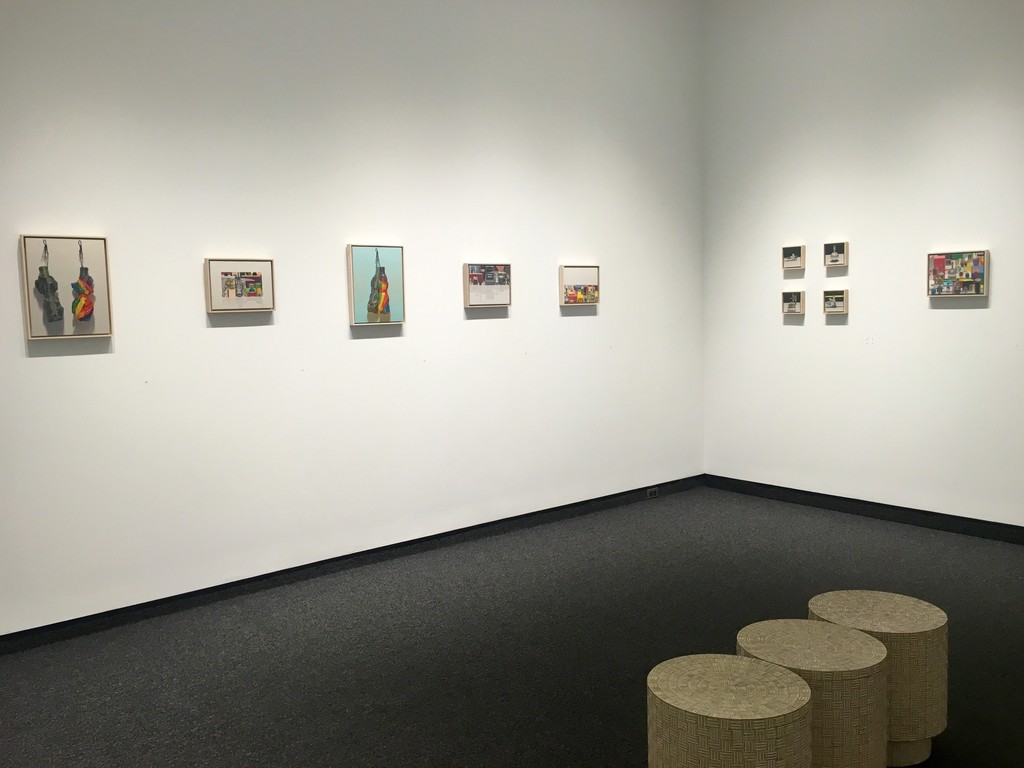 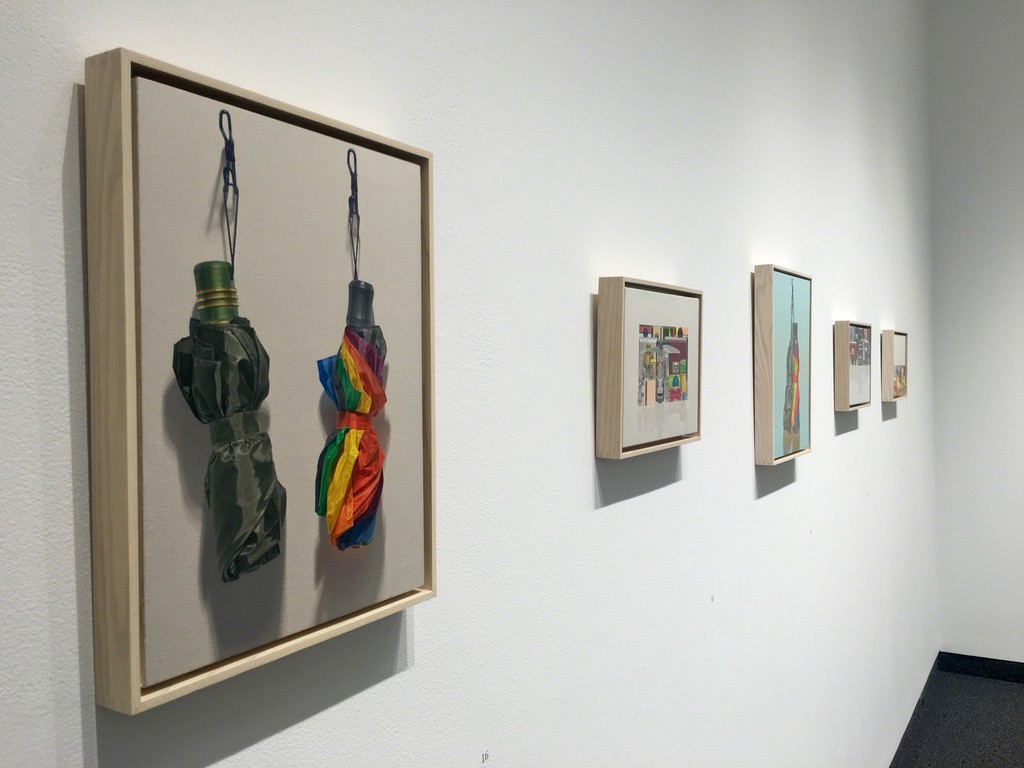 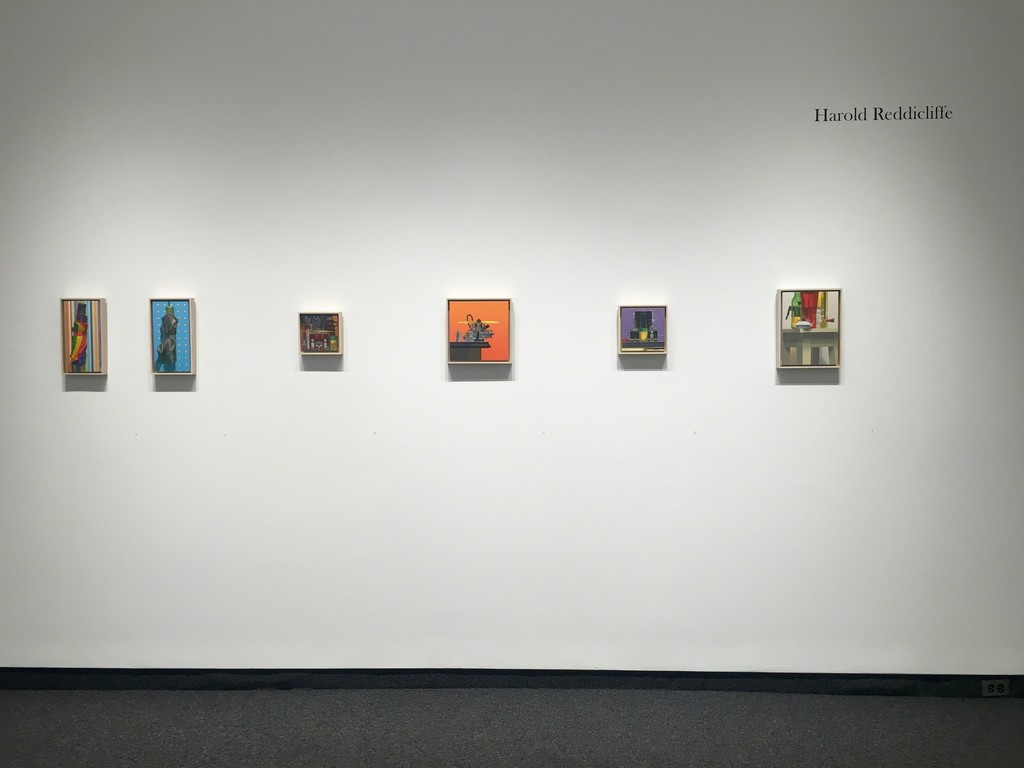 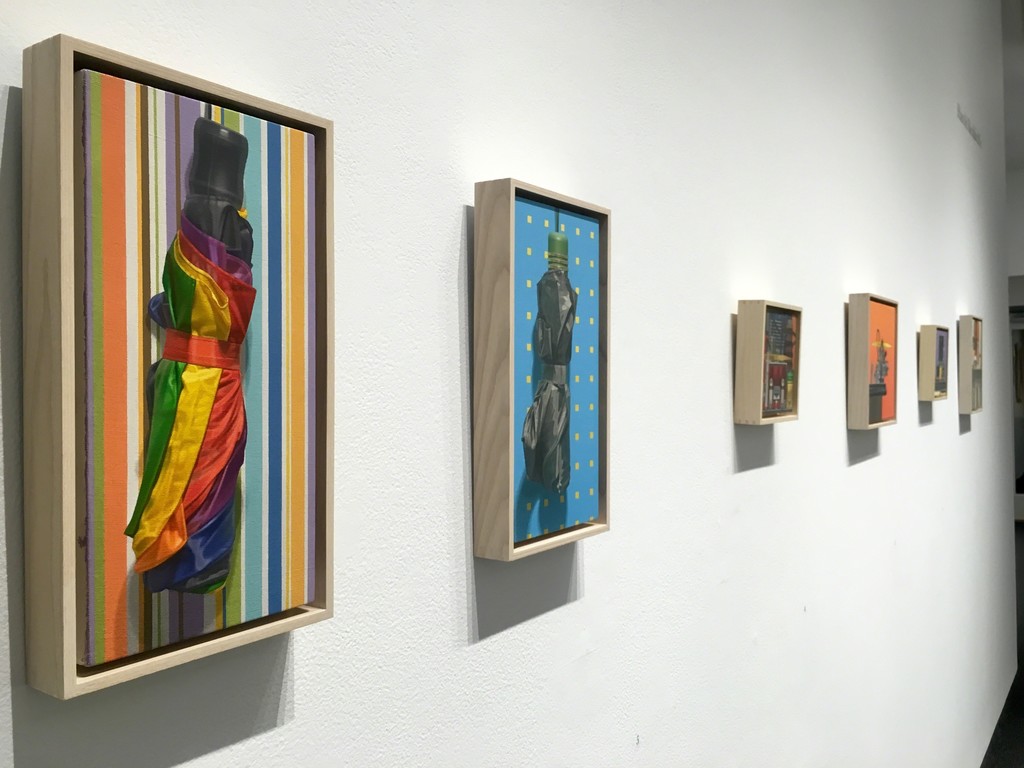 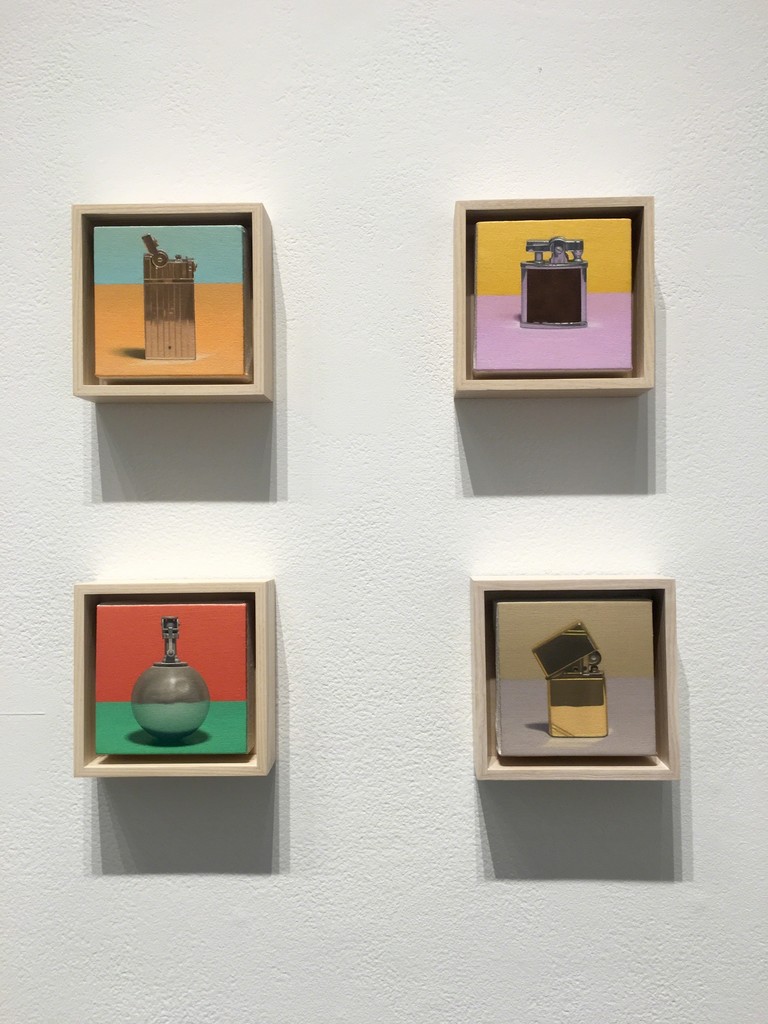 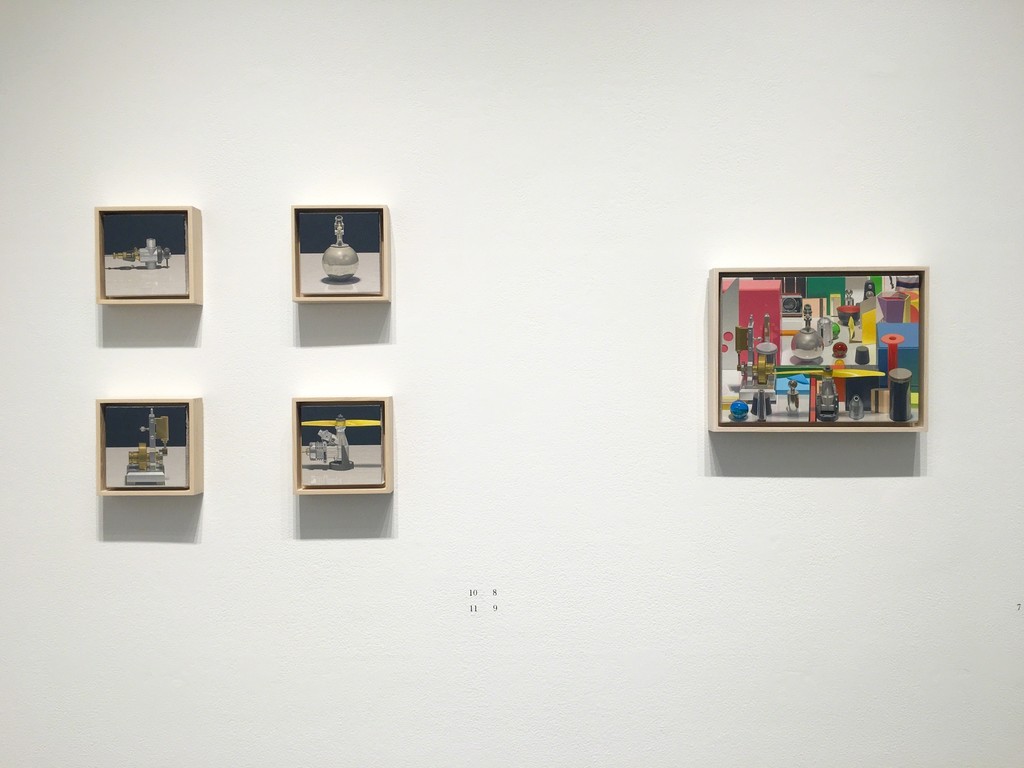 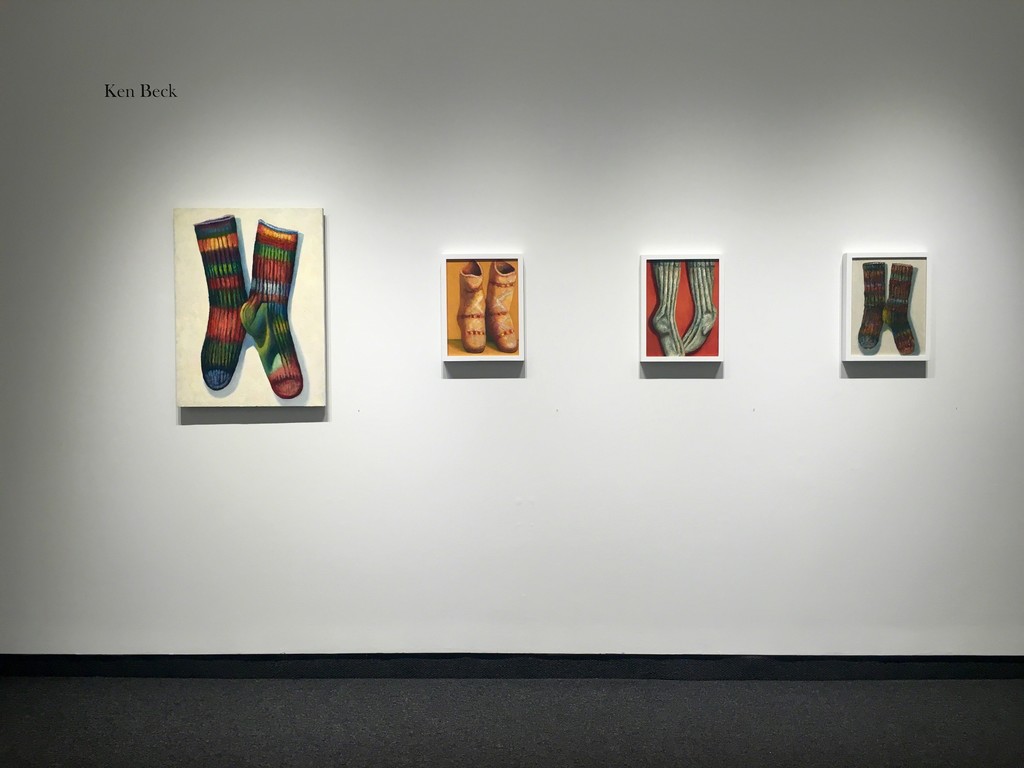 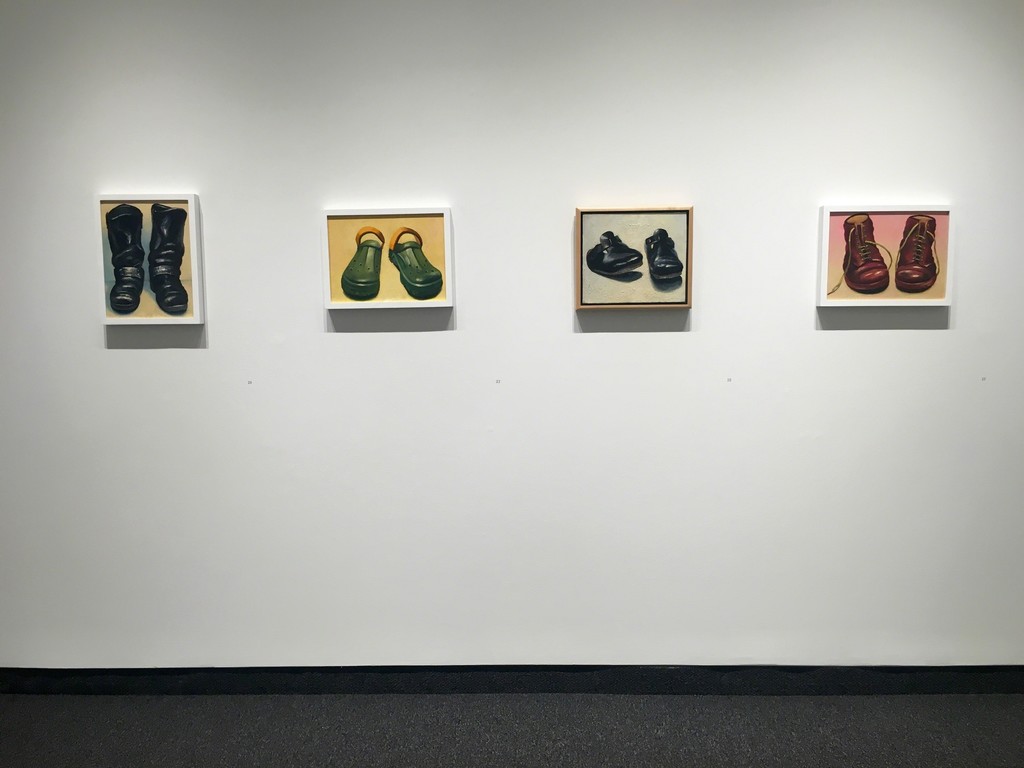 How better to begin a 40th season of exhibitions than with a show bringing an artist’s studio into the gallery? Pair that with a painter having his first show at NAGA, and you’ve got September.

Ken Beck: Socks Shoes Soldiers and Such: A Studio Recreation and Harold Reddicliffe: Recent Small Paintings runs from September 6 through October 1 at Gallery NAGA. A reception for the artists and the public will be held at the gallery on Friday, September 9 from 6 to 8 pm.

It started as a normal studio visit on a Friday morning in April. We saw old and new paintings of socks, shoes, soldiers and such. We say, “Ken, how are we supposed to choose?!” He answers. “I want to show them all.”

Ken Beck’s studio, in The Piano Factory on Tremont Street in the South End, has become a spoke in the wheel of what makes up Beck’s art career. The studio (the Cabinet of Curiosities) is a floor above his living space (the Lair), but it feels like a continuation of the same space. The studio is a treasure trove overflowing with years of collected materials, early and new paintings, and sentimental items.

This exhibition is not a retrospective, nor is it an overview of everything Beck has done over the past few years. The exhibition will pull nostalgic photographs, sketches, driftwood, painted hats, magazine covers, and old flyers, among other things, that inform his paintings. These objects are pasted and scattered around his studio and become a part of the work itself. Hanging the paintings in this context will help illuminate their genesis.

The other half of Gallery NAGA’s space will feature the work of well-known Boston painter, Harold Reddicliffe. This will be the first solo exhibition at NAGA by Reddicliffe, who has shown for many years in Boston and most recently in New York with Hirschl & Adler Modern.

Propellors, staplers, marbles, umbrellas, matchbooks, and pocketknives are just some of the objects Harold Reddicliffe paints in a realist style. The subjects are carefully rendered with oils against a crisp background, drawing attention to combinations of color, light, form, and geometry. He has stated that his work explores “the transformation that occurs when ordinary objects are subjected to extraordinary scrutiny.” Lately, Reddicliffe’s still life arrangements have become positioned in tight linear shapes based on a singular viewpoint. Reddicliffe has been collecting brightly colored Japanese woodblock prints for over 30 years. At first glance, 27 Objects, appears as a bright woodblock print matted in white.

Lynne Cooney, in an essay in the catalog accompanying Reddicliffe’s retrospective in 2010-2011 at Boston University’s Art Gallery, writes,

To suggest Reddicliffe’s work as following in the path of art historical precedents is to undermine the complexity of the way in which he approaches his subject matter and its rendering onto the canvas. Reddicliffe’s paintings neither declare a predetermined narrative nor employ heavy-handed symbolism. Nor are his paintings solely an investigation of the tension between the limits of two-dimensional space (the flatness of the canvas) and the illusion of three-dimensional reality (the hyper-realistic representation of the object). . . .The work resists easy interpretation and is, in many ways, delightfully confounding. In rendering his subjects as perceptibly identifiable, while intentionally leaving their functional origins unclear, Reddicliffe establishes a set of contradictions that unsettle the viewer’s expectations as she or he seeks a tangible connection to what is depicted.

Born in Houston in 1947, Harold Reddicliffe received his B.A. from Williams College, and his M.F.A. in 1973 from the Hoffberger School of Painting at the Maryland Institute College of Art. Reddicliffe’s teaching includes positions at the Columbus College of Art and Design, Ohio from 1977-1984, and Boston University’s College of Fine Arts from 1987-2015. He has been the recipient of two fellowships from the National Endowment for the Arts and a grant from the Artist’s Resource Trust.