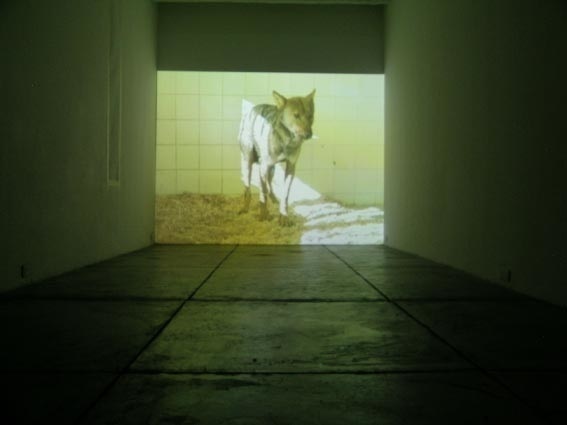 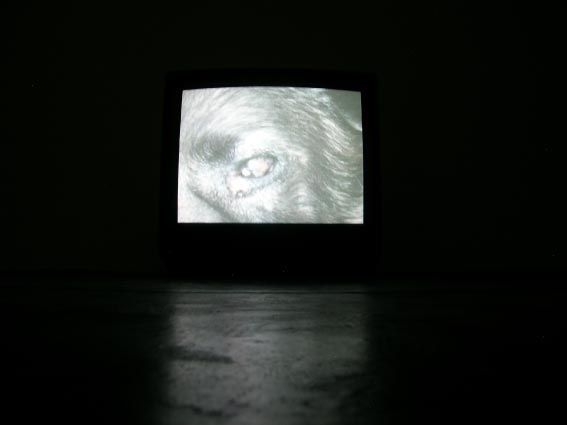 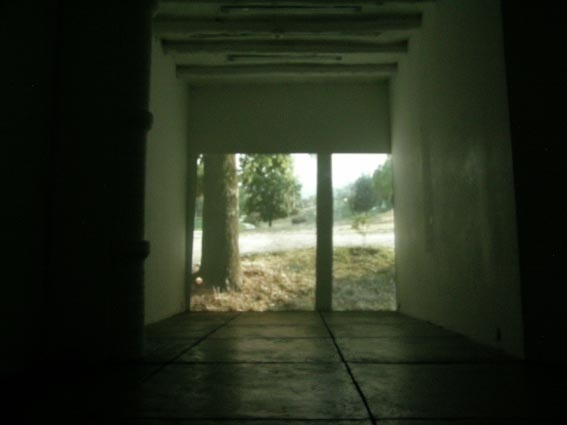 Gallery On The Move is proud to present the group exhibition “Arena II”. This exhibition consists in a video presentations of Bruno Muzzolini, Anri Sala and Fani Zguro. Bruno Muzzolini in “Wolf”, filmed at the Tirana Zoo, stands still trembling with his tall between his paws for an unbearable space of time. It stays there, motionless, setting us in an awkward situation almost intolerable as viewer unable to act in any way. Anri Sala in “Arena”, Sala comprises only location shots of a site whose function cannot clearly be identified. Long corridors with glass walls open on to a lawn upon which stray dogs rest lethargically. Repeated faint animal noises of an exotic nature are audible. Time runs empty in this place outside the social world. Fani Zguro in “In A Blind of An Eye” has a camera fixed for a few minutes on a still plane, with no audio nor movement, seeking any single point of reference. The picture shows an extreme close-up of a shepherd dog; the details of this eye are all that happens on screen. It displays the absurd situation of an old and blind dog, whose eyes have been worn out by aging and illness. The video shows nothing but the dog’s wounded eye, and its immediate surroundings. The dog, being blind, is often startled, and reacts to all sorts of noise, for hearing is now its only way to manage its senses. This situation goes on and on, looping every 5 minutes, with no sound, resulting in a sort of still image with us a tip of action, consisting in the eye’s uncontrolled movements, its visual anguish.