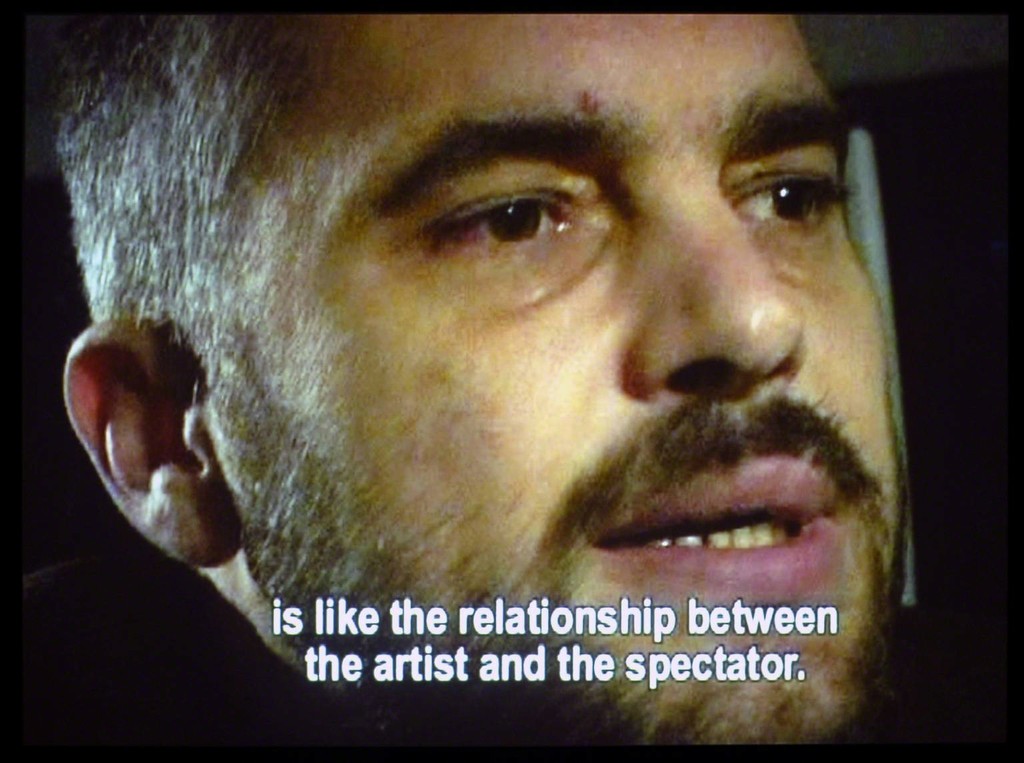 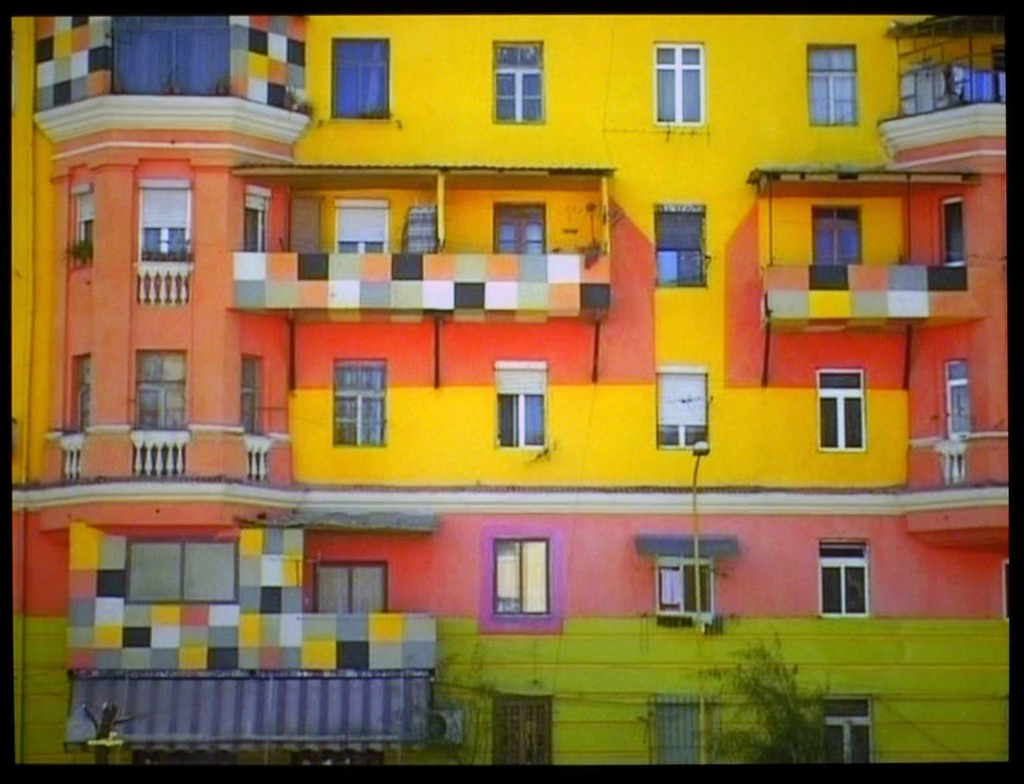 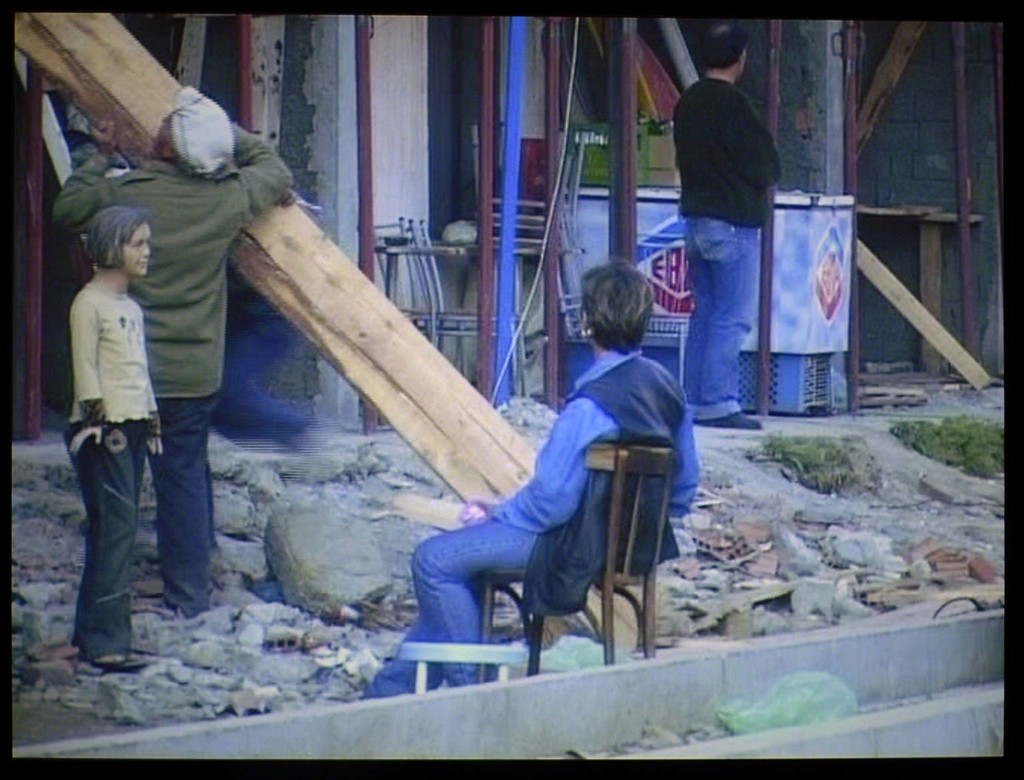 Gallery On The Move is proud to present Anri Sala's "Dammi I Colori", from September 10, 2014 until October 1, 2014. In the video "Dammi I Colori" (Give me color), Sala’s camera pans along the streets of Tirana, contrasting the dusty, torn up roads with apartment buildings that have been painted in bright primary colors, a project of Tirana’s mayor, Edi Rama, a former artist. In a voiceover (subtitled in English), Rama explains how he thought painting the building facades would give some hope to Tirana’s citizens, who are still suffering the effects of the city’s turbulent conversion from Communism to Democracy.

Anri Sala was born in 1974 in Tirana, Albania. After studying at the Albanian Academy of Arts in Tirana (1992−1996), Sala moved to France, where he was enrolled at the École Nationale Supérieure des Arts Décoratifs in Paris (1996−1998) and the Le Fresnoy studio in Tourcoing (1998−2000). His work has been selected for numerous biennials, including those in Berlin (2001, 2006), Moscow (2007), São Paulo (2002, 2010), Sydney (2006) and Venice (1999, 2001, 2003), Documenta 13 (2012), and he has had major solo exhibitions at the Kunsthalle Wien (2003), the Musée d'Art moderne de la Ville de Paris (2004), the Museum of Contemporary Art North Miami and the Contemporary Arts Center in Cincinnati (2008−2009), Serpentine Gallery in London (2012) and Centre Pompidou in Paris (2013) among others. Sala was selected to represent France in the 55th edition of the Venice biennale. His works are in the collections of such prestigious institutions as the Art Institute of Chicago, the Pinakothek der Moderne (Munich), MoMA (New York), the Centre Pompidou (Paris) and Tate Modern (London). Sala currently lives and works in Berlin, and is represented by the Marian Goodman Gallery in New York, Hauser & Wirth in Zurich and London, Kurimanzutto in Mexico DF and Galerie Chantal Crousel in Paris.