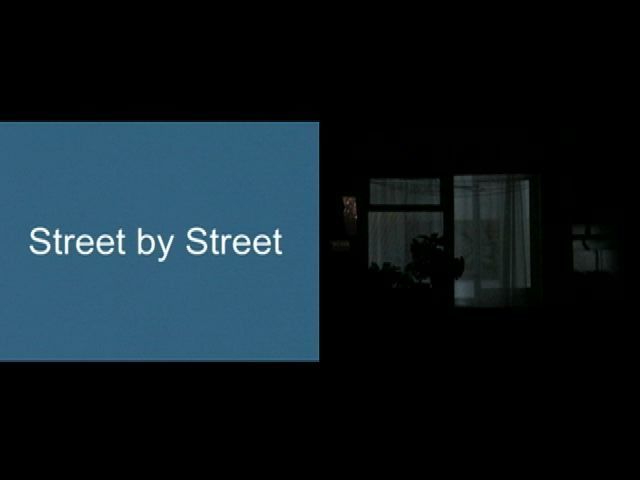 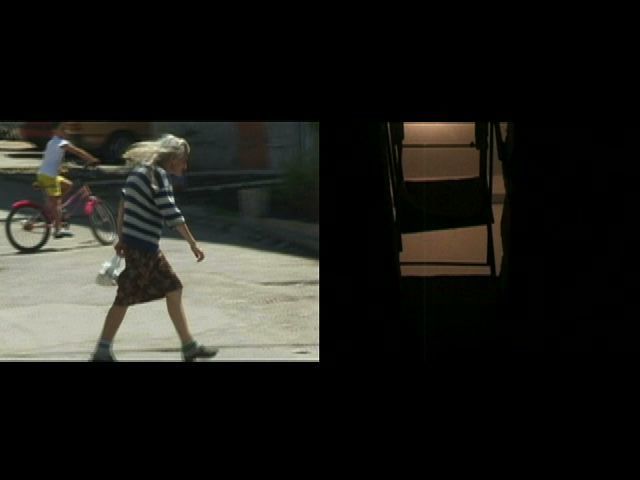 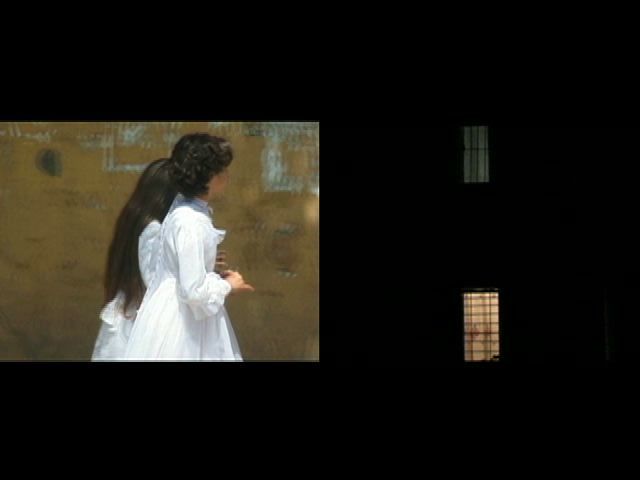 Gallery On The Move is proud to present the Fani Zguro's solo show "Street by Street". In his exhibition he's showing two videos: "Street by Street" and the "Passengers". “Street by Street” is a two channel video. The first channel is a day trip in Tirana through the center is enough to realize its citizens, too, are part of the sight, have that look as of fairy-tale characters. Farmers dressed-up with an urban façade create a sort of black humour, their portraits and mimickings produce scenes of Neanderthal-age delirium. The second channel is a deep nocturnal landscape also in Tirana originates from the new editing of footage shot mostly in 2004, centered on nocturnal settings and dark ambiances, focused on the silence surrounding the night and the strange noises seemingly coming from afar. But instead it’s all very near, hidden in the utmost darkness and enhanced by the firm contrasts that arise between bursts of light and tormented sounds. “Passengers” is also a two channel black and white video which lasts around 20 seconds taken from the Albanian movie ‘The wife and the curfew’ with the cliché subject of the second world war. For the realization of this project I have used the same video, but at the second monitor which is situated below the first, I have flipped the image. In this way the solders that march on the road, create a four-fold reflecting effect, first by their shadows on the moisten asphalt and second by flipping the second monitor creates a loop dancing effect of the image.