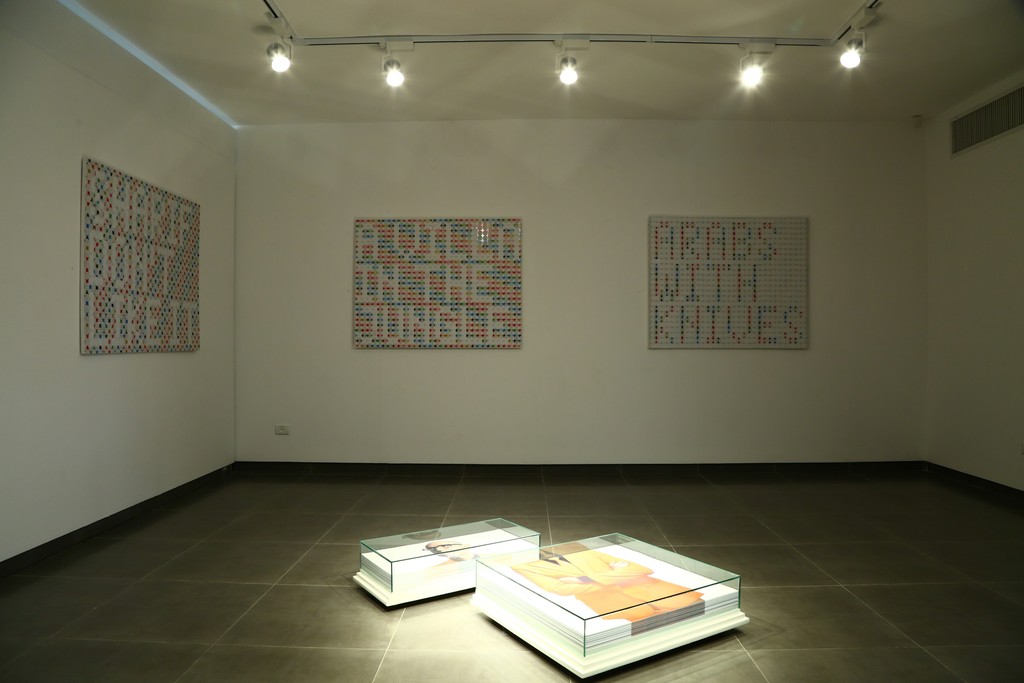 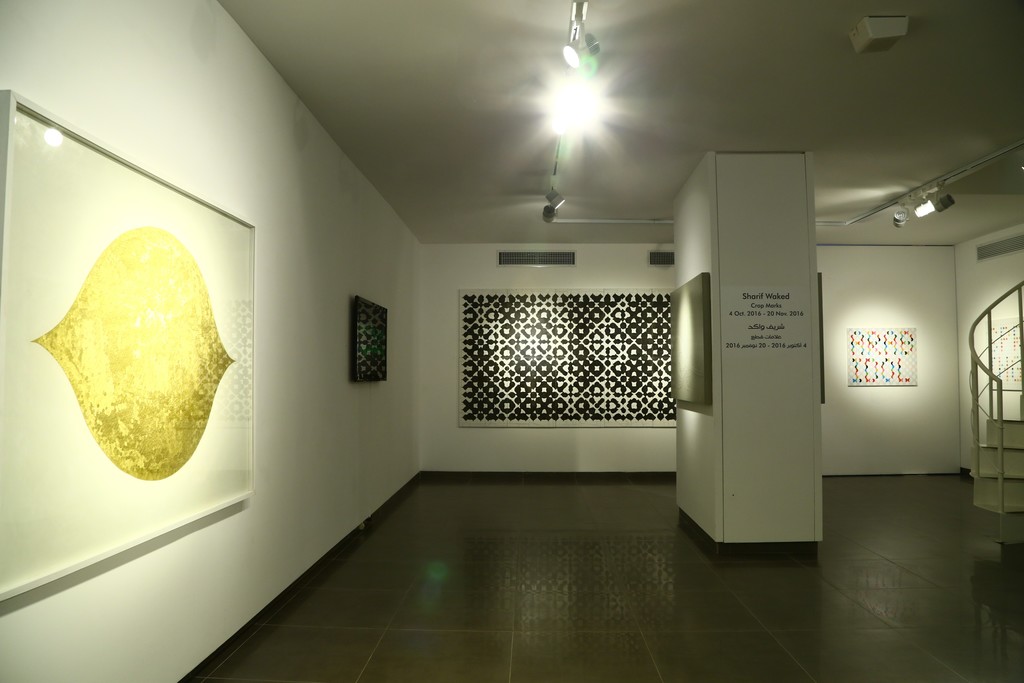 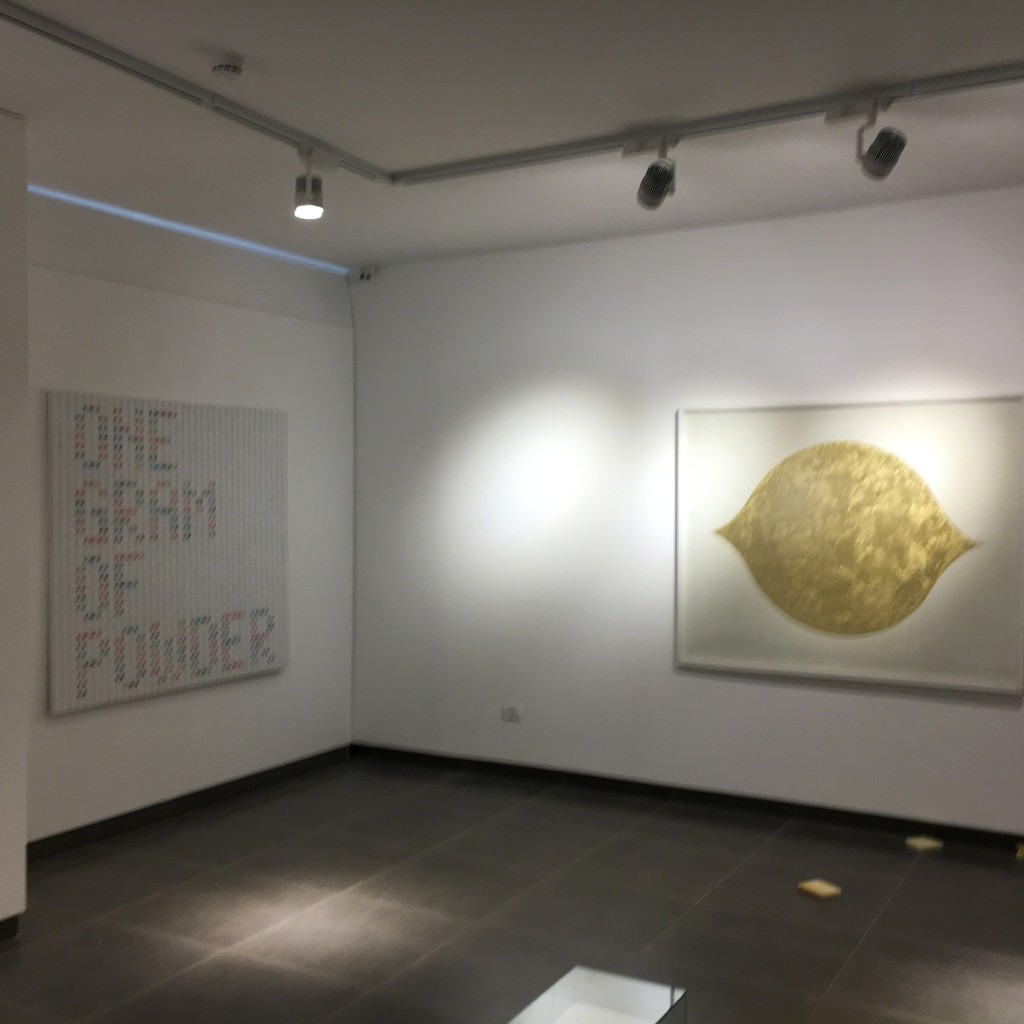 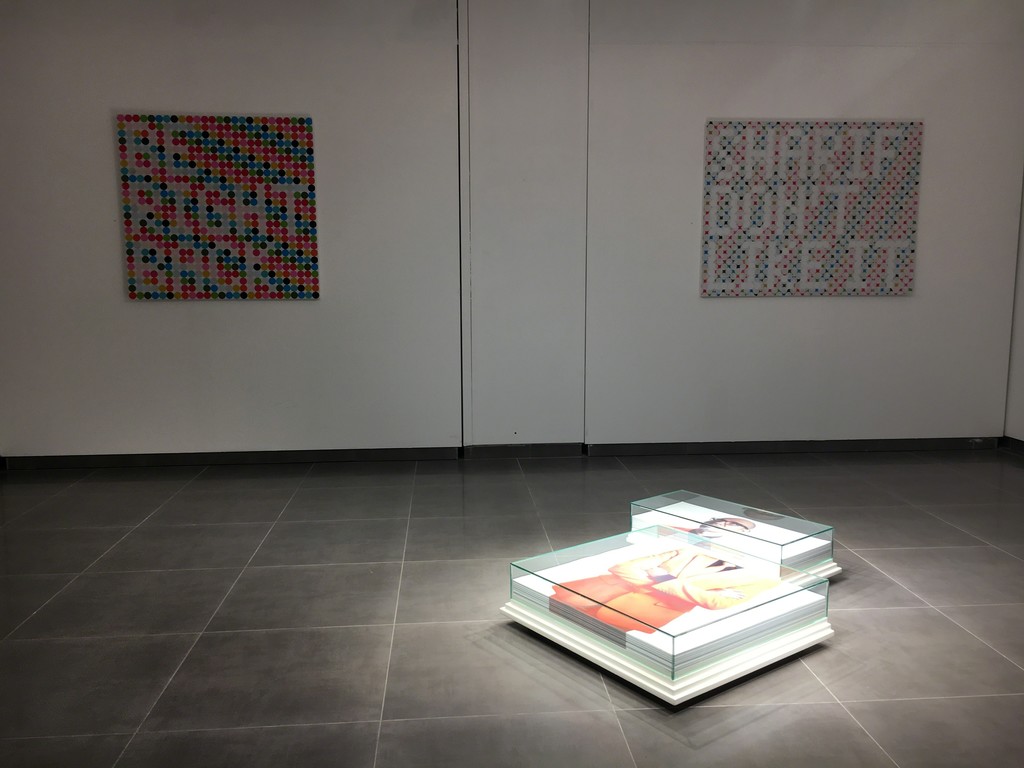 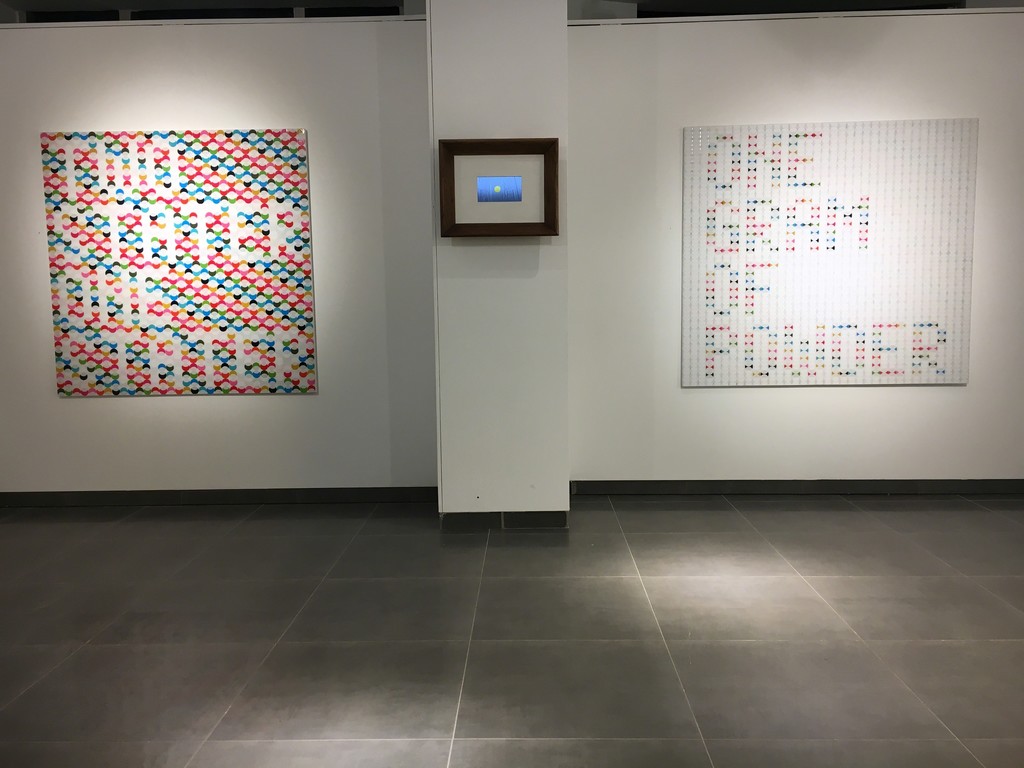 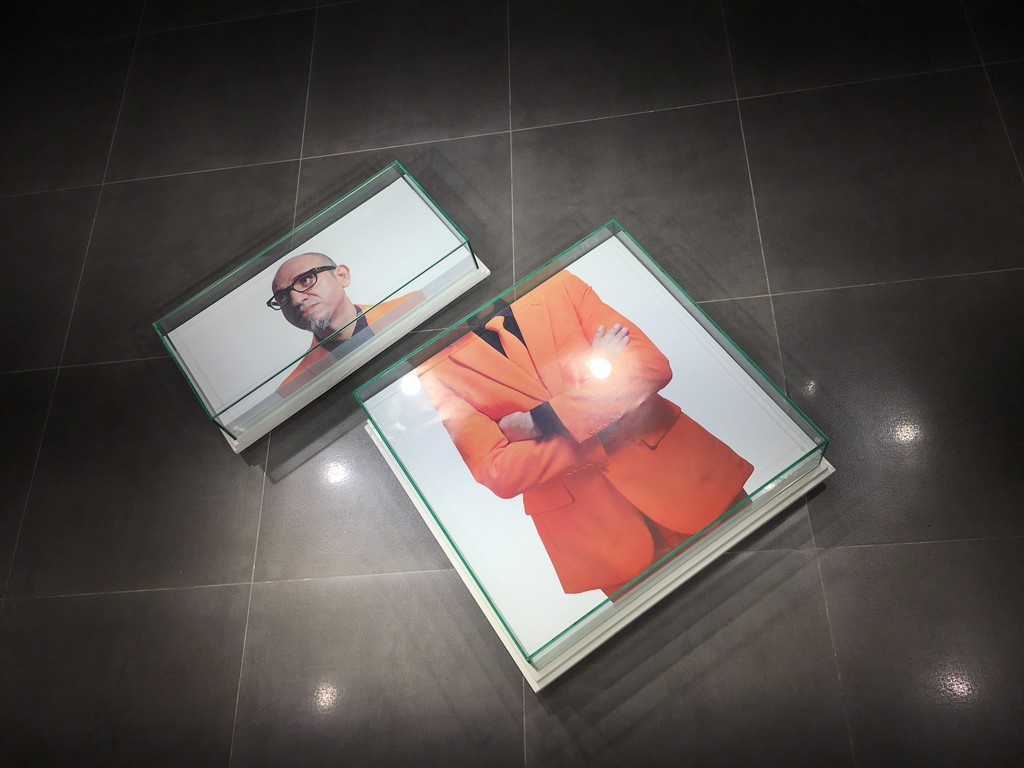 Gallery One is pleased to present the solo exhibition Crop Marks by contemporary artist Sharif Waked. In this exhibition, Sharif Waked explores iconoclasm: the destruction of cherished monuments, institutions, and values, or the destruction of religious images deemed heretical. The breaking of image and text runs through three ongoing series: Arabesques, Just a Moment, dot.txt, and Contribute a Better Translation, as well as two pieces: Tugra and Jamal al Mahamil.

Arabesques #4 (MoM) uses video footage of ISIS's recent destruction of the Museum of Mosul. Arabesques #6 (1948), centers on a number. In both pieces, Waked deconstructs and reconstructs photo data to hide text and image under a surface of ornamental design.

In the floor installation, Crop Marks, Waked puts various worlds, practices, and events into conversation. In the printing world, “crop marks” are the thin lines, appearing as crosses, at the corners of an image. They indicate where paper should be cut after printing to clean out the image of the “bleeds”. Waked simulates this trimming of the paper-cutting machine (called a "guillotine"), in a self-portrait that models a fashionable orange suit. Image breaking is at the core of this encounter between design, printing, fashion, and current beheadings.

In Just a Moment #3 (Paradise Square), the video loops the erection and downfall of a twelve-meter statue of Saddam Hussein in “Firdoos Square” in Baghdad. Originally constructed to commemorate Saddam’s sixty-fifth birthday in April 2002, the statue met its destruction at the hands of US forces a year later. Just a Moment # (You are My Life), takes the archival footage of an Umm Khalthoum performance, and dwindles the large band and the larger than life performer, to the emblem of a handkerchief.

Jamal al-Mahamil converses with modern Palestinian iconography, the famed painting, Jamal al Mahamil (The Camel of Grievances, Suleiman Mansour, 1973). The absencing of the barefooted carrier lifting the weight of Jerusalem on his back gives way to an image that erases the city with gold dots.
Tugra takes Israeli soldiers’ two most common directives in Hebrew inflected Arabic—“Your I.D.!” (jib hawiya) and “Get Out of Here!” (yalla ruch min hon)—and places them in the form of the tugra. The tugra was Sulayman the Magnificent’s imperial monogram, placed on all state documents, written decrees, and coins issued from the royal court. Language and form are reshaped.
Dot.txt is based on colorful, polka doted wrapping paper that Waked found in Ramallah. Waked added white labels, to make texts and patterns. Dot.txt #16 (Arab Idol), speaks to extreme admiration and idol worship in the context of transnational television and the entertainment industry. Dot.txt #12 (One Gram of Powder) recalls the Russian avant-garde artist Kazmir Malevich. In 1919, the Soviet government feared that postrevolutionary disorder would destroy museums and art collections. Malevich made a radical suggestion: if a corpse would result in “one gram of powder,” than the entirety of all past epochs of art should be burned and would fit in one pharmacy.