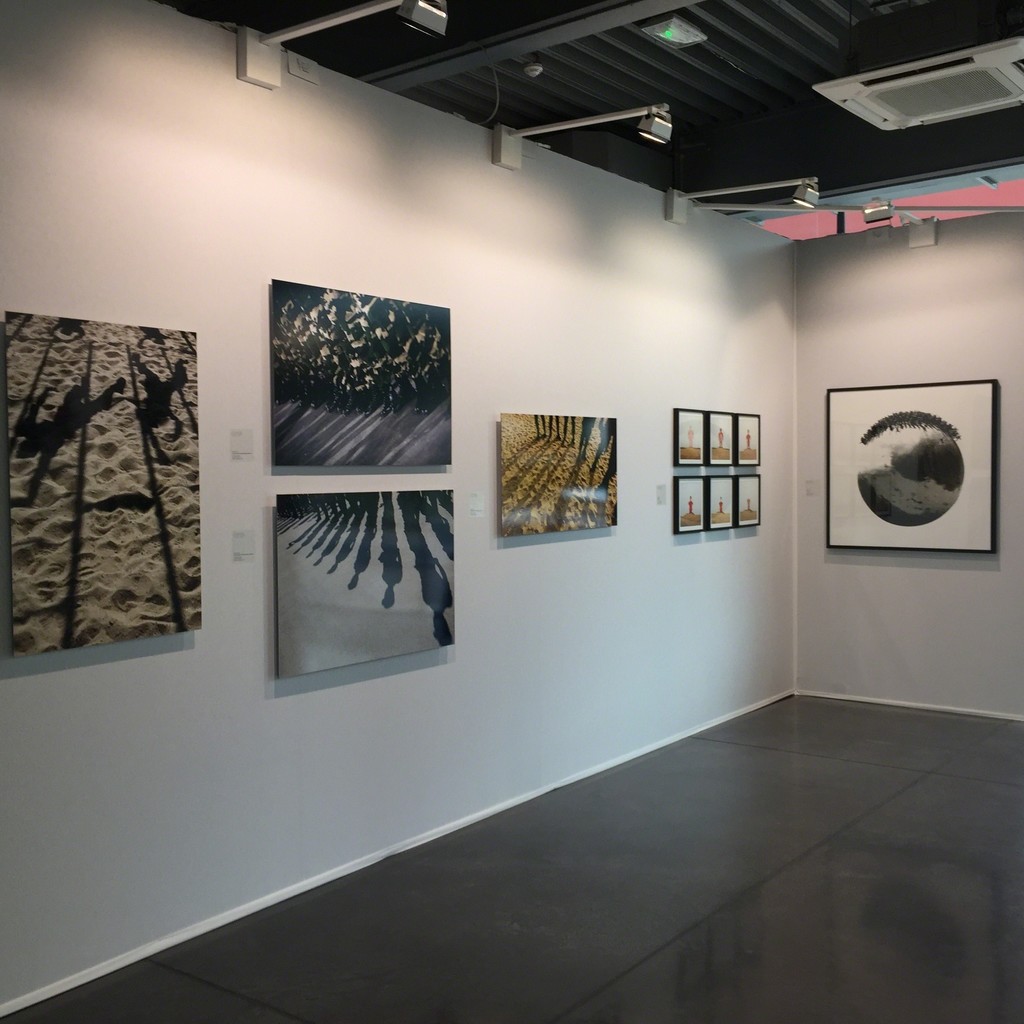 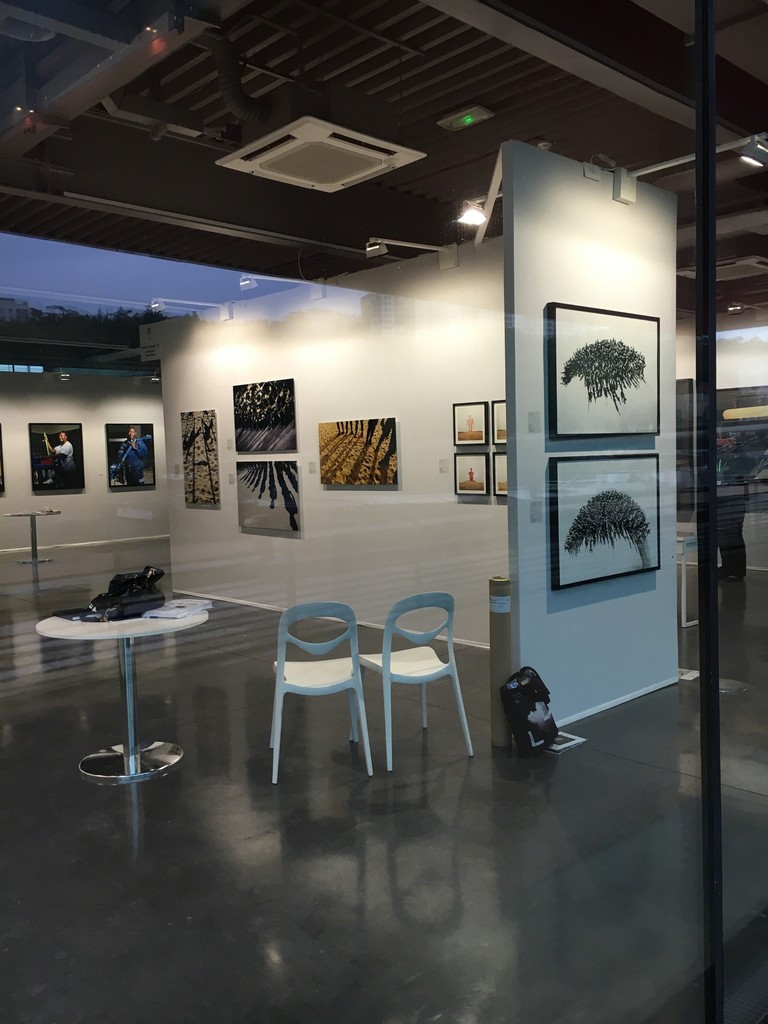 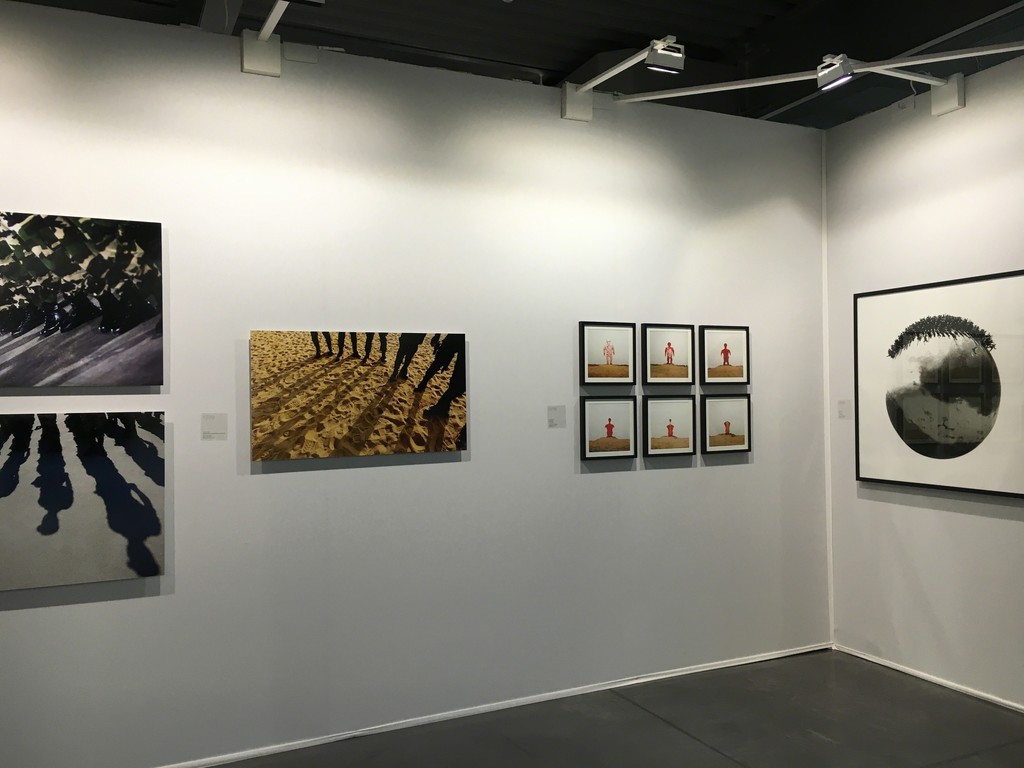 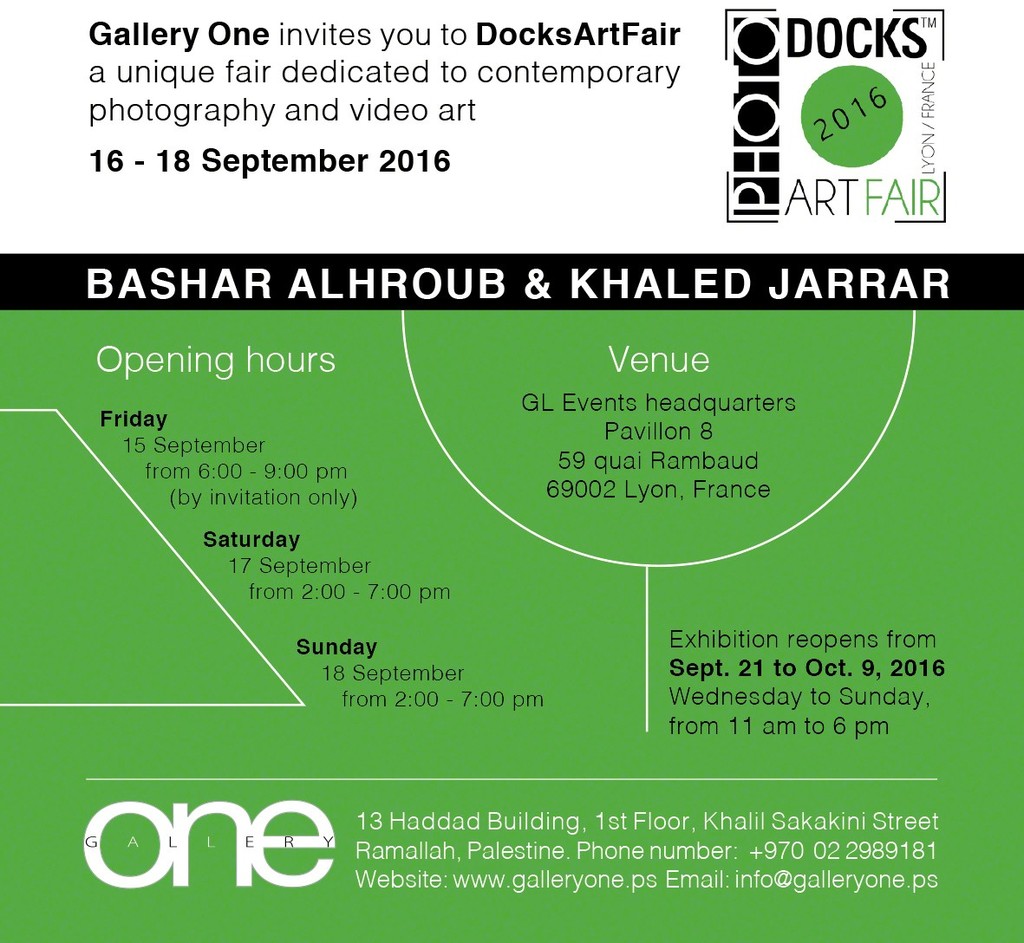 Gallery One is pleased to announce its participation in the 8th edition of DocksArtFair™ a unique event dedicated to contemporary photography and video art: from 16 September to 9 October 2016. GALLERY ONE will present a series of photography and video art by well-established artists Khaled Jarrar and Bashar Alhroub. The two artists take every day events and experiences as their starting point; incorporating performance, video, photography and sculpture to document their observation on life in an occupied Palestine. The restrictions imposed on them and their fellow citizens become the catalyst and the subject of their occasionally satirical artistic output.
As a an ex-military officer, Khaled Jarrar, has undergone a personal journey of removing the shackles of being a solider and transforming himself into an artist, that subjective experience of “breaking free” from the disciplinary modes of being, became a salient theme in many of his works. In his series of photographs “The Invention od Palestinian Soldier” Jarrar observed and re-observed the soldiers, filming until he penetrated into the individuality of each soldier. Similarly in his video art in I. Soldier, we see an areal view of a brigade in formation and movement, as the light hits them midday from different angles, their shadows stretch out in the sun reminding us of the individual within.
Bashar's work has developed from painting, photography, video, installation and mixed media, and has directly dealt with the polemics of a place, and its influence on our creativity. His work deals with personal vulnerability and an experience of existential anxiety strongly associated with issues such as religion, nationalism, conflict and identity construction and looks for meaning not in the individual sign but in the context of exile and fragmentation. In his project Toy Soldier, Alhroub uses plastic toy soldier, which are globally popular amongst children. The games incorporating these toys seem to procure a sense of security and strength within the children. In concurrence, they also promote a subconscious perception of the superiority of the soldier as illustrated in their clichéd representation. Alhroub approaches the notion of such games as parallel reflections of the reality on the ground. Raising important questions about the soldier as the customary symbol of war, the project attempts to dismantle the dominant stereotypical associations.
Both artists have a sense of self-determination that is created by applying the imaginary within the social and political realism.

ABOUT GALLERY ONE:
Gallery One is a Ramallah-based contemporary art gallery founded in January 2014 by Samar Martha, an independent curator. The Gallery represents and promotes established and emerging contemporary Palestinian artists living in Palestine and abroad. Through its exhibition programme, artist representation, art fair participation and institutional collaboration, it aims to place its artist within the broader framework of international contemporary art dialogue.

For press and further information please contact us at: [email protected]