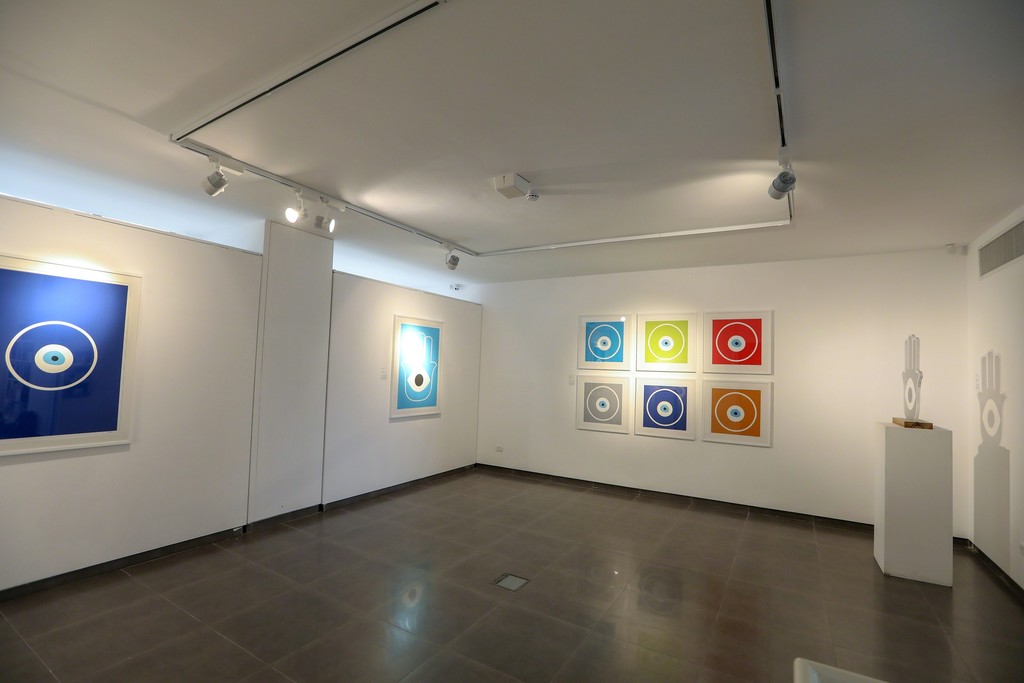 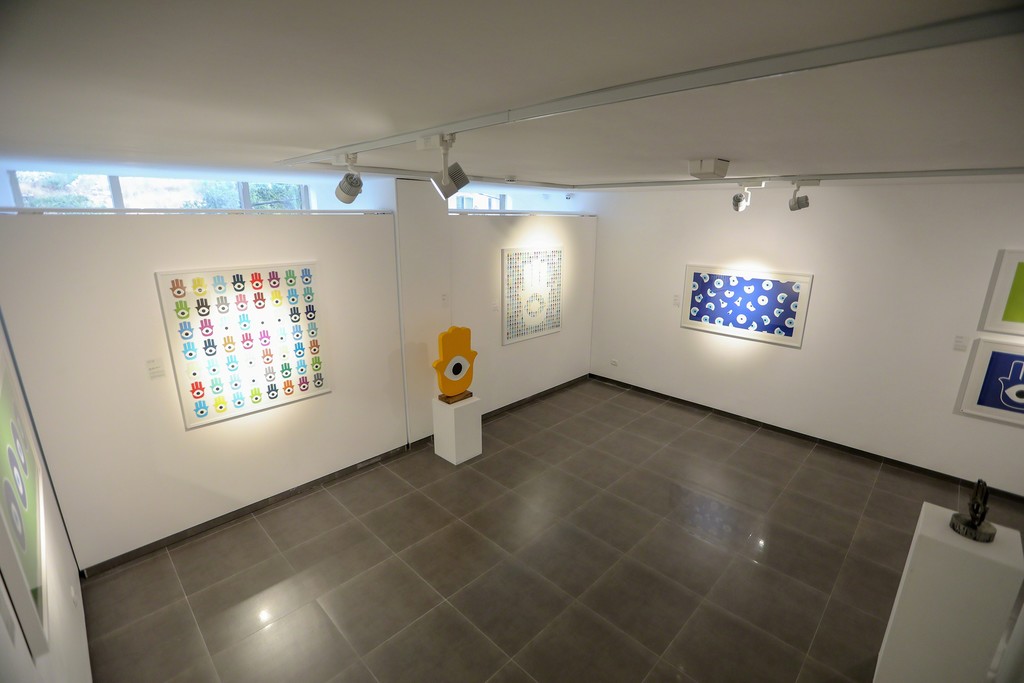 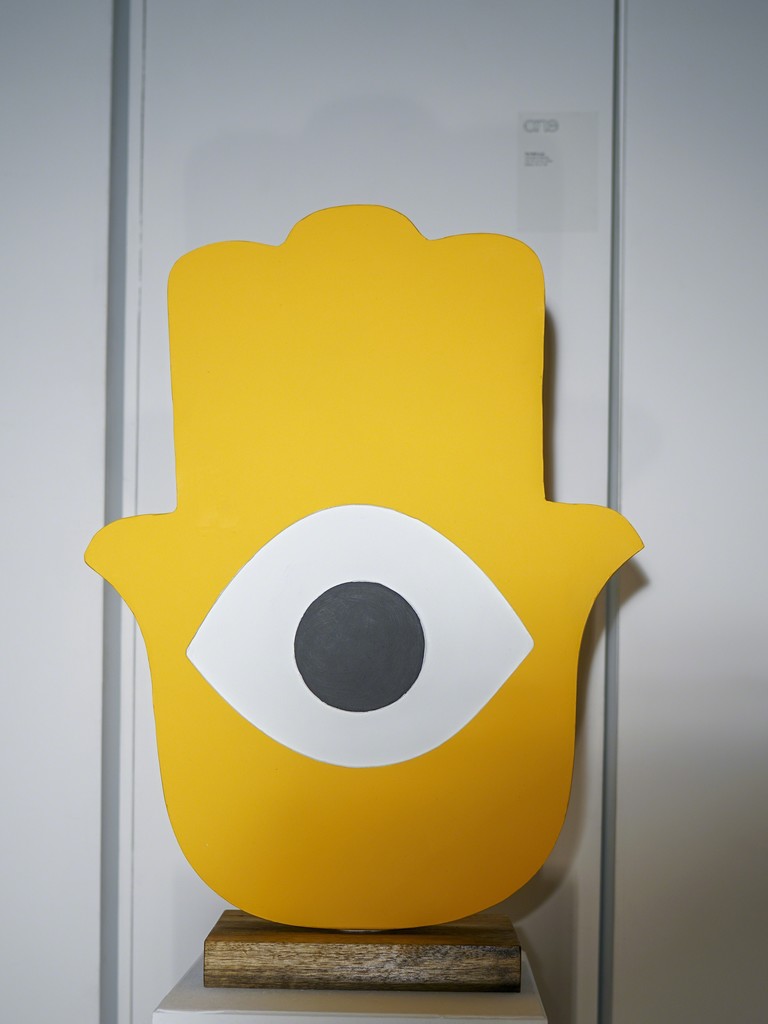 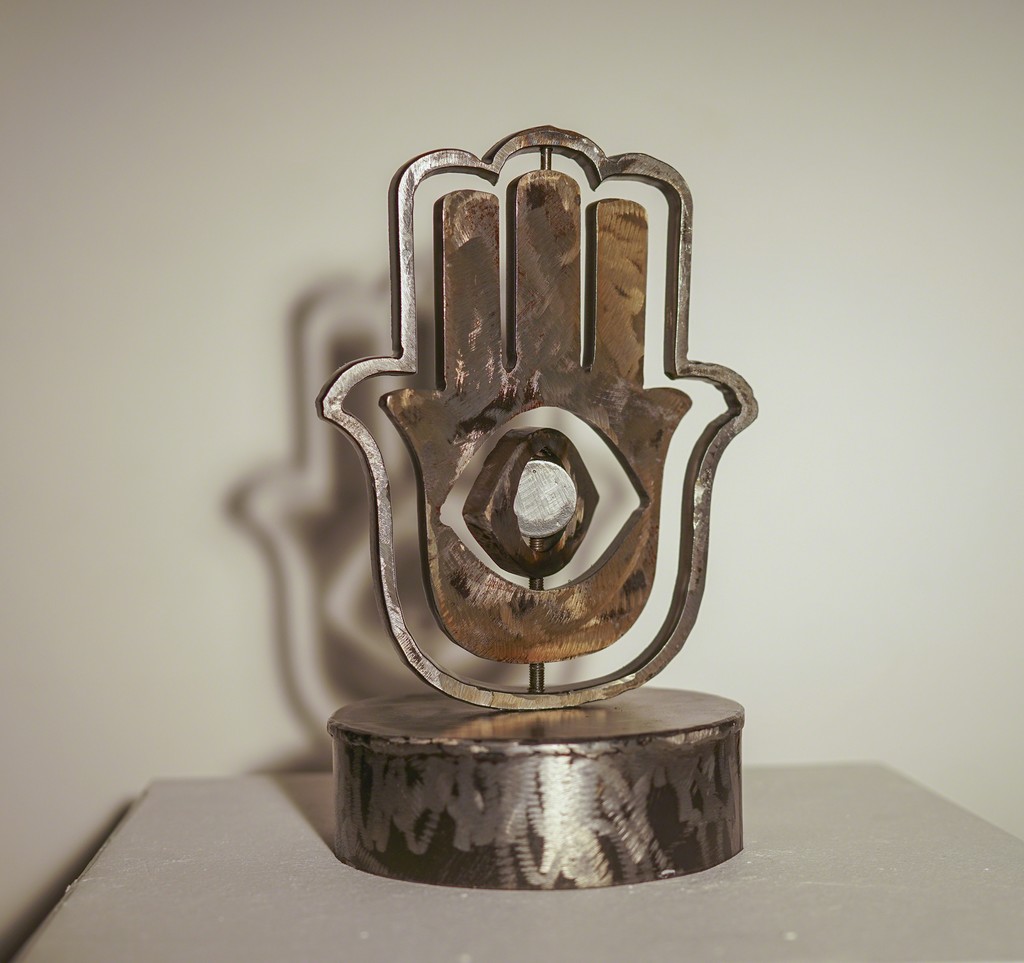 Gallery One is please to invite you to the first solo exhibition by Ziad Yousef Haj Ali entitled Hand
Eye. The artist employed the use of different kinds of amulets, which are common and prevalent in
Arab societies, where there is a belief that amulets provide defense against harm coming from Jinn
and humans. The two most popular amulets are the palm and eye. Ironically, the occupation
adopted both icons (the palm and eye) in one way or another and used them in checkpoint signs.
Hence, the “palm” (al kaf) that is supposed to ward off evil became a sign telling people “Stop,
there is a checkpoint that will push YOU away”. The “eye” (al ain) that is supposed to watch out
for malevolent people, turned into a “camera” staring at YOU as a suspect. Amulets… how many
do we need to protect ourselves from the harm of occupation?!

Ziad Yousef Haj Ali
Born in Jerusalem, he obtained his BA degree in Fine Arts from the Kingdom of Jordan. Currently lives and
works in Ramallah. Since his return to Palestine in 2009, he worked in visual arts and art production. He
works as Production Unit Supervisor in the Birzeit University Museum and had participated in several art
activities and events. He is a specialist in prints, in particular screen-printing. Ziad Yousef produced a series of
art works and participated in group exhibitions on the local and international level. “kaf Ain” is his first solo
exhibition and will be held in Gallery One/ Ramallah.

For further details please contact us at [email protected]