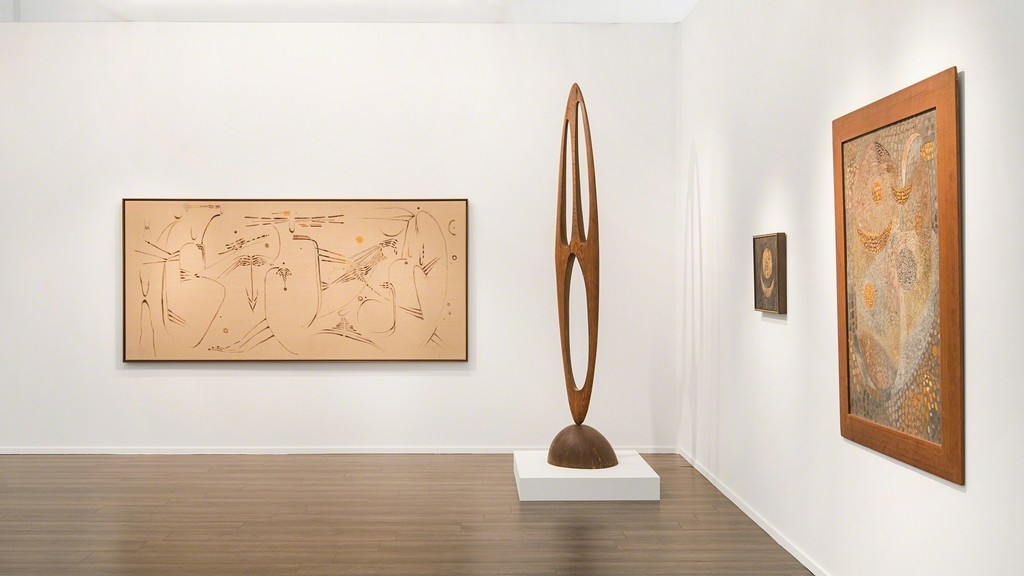 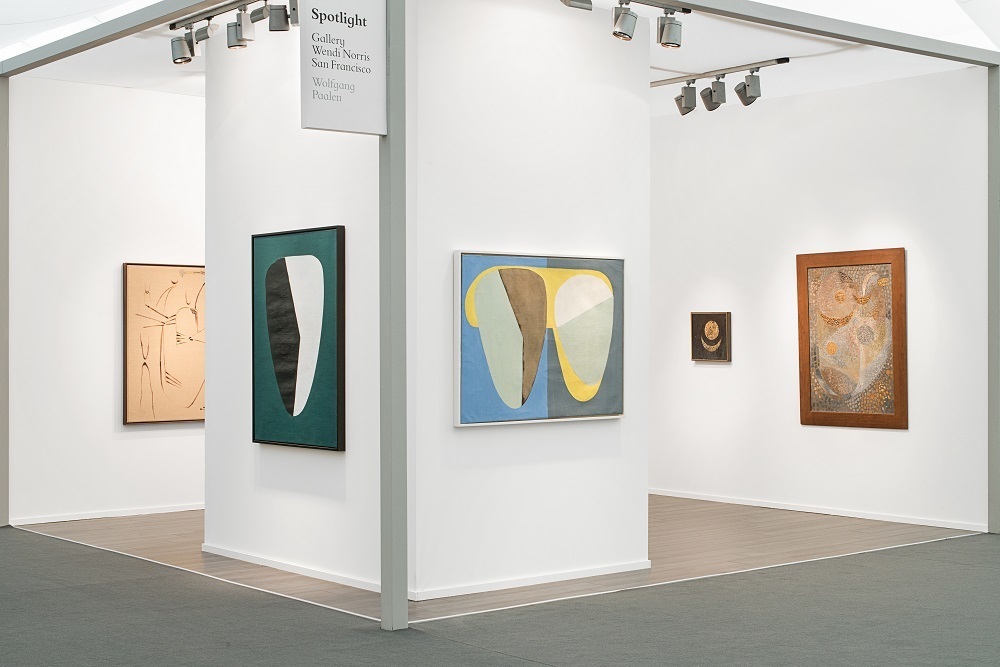 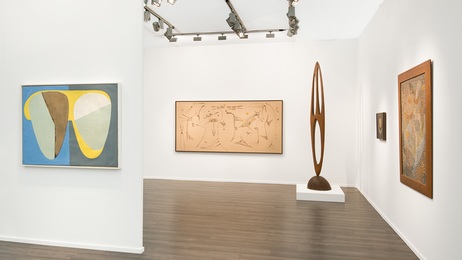 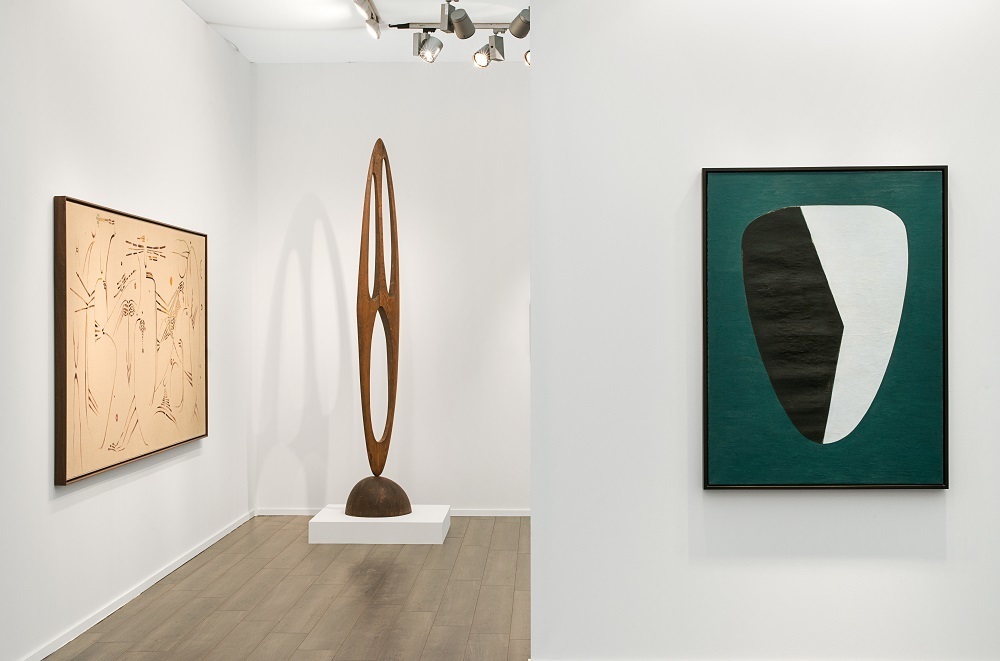 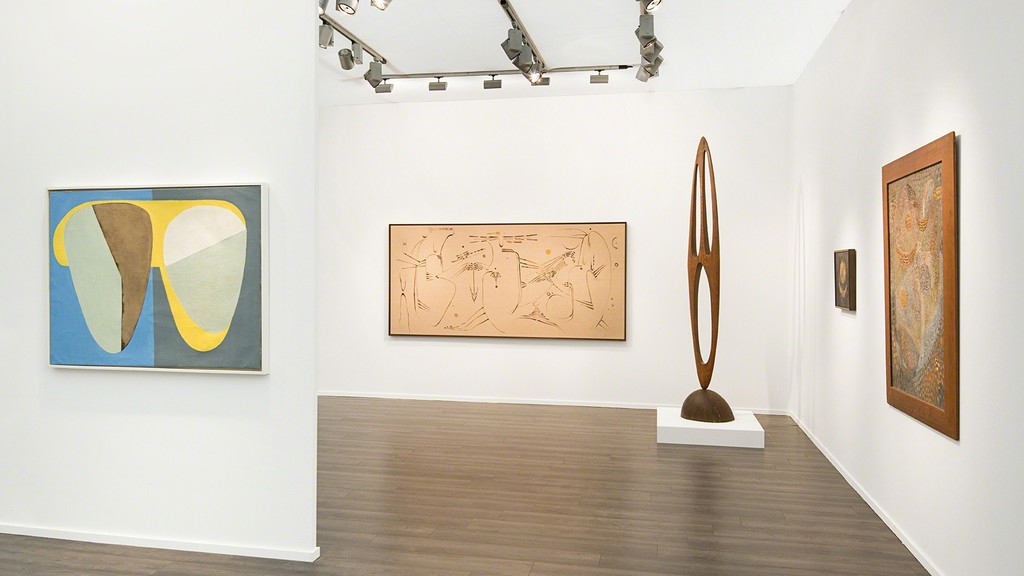 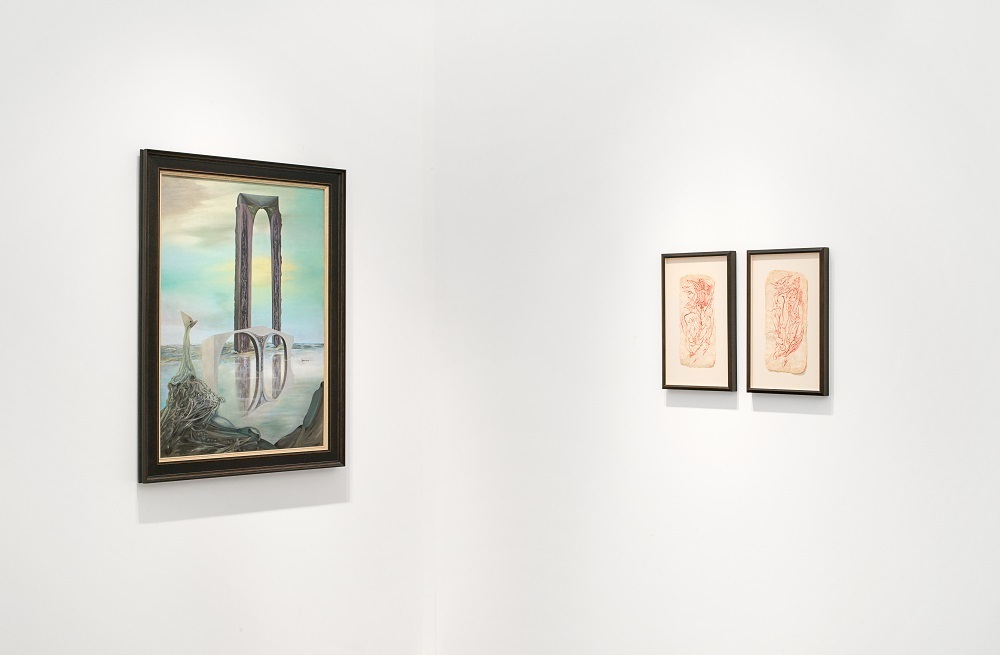 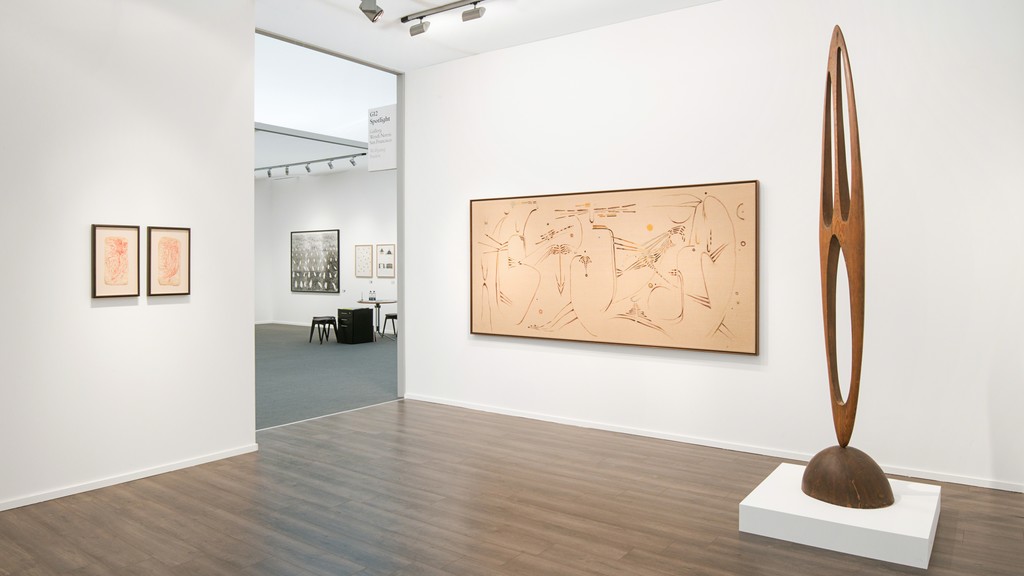 According to the avant-garde artist and theorist Wolfgang Paalen (Austrian, 1905-1959), “all abstract art is spiritual.” Influenced by the father of modern anthropology, Franz Boas, Paalen’s critical art theory and practice was largely rooted in a cultural pluralism, repudiating racial stereotypes in favor of a better understanding of human diversity. Specifically, Paalen’s art speaks to cohesion of indigenous cultures, myths, environments, and rituals from the Cycladic Islands to Mexico and the Pacific Northwest. In the mid-to-late 1940s, Paalen’s ethnographic influences venture towards a mystical, cosmic sensibility. He repeatedly stated “art, science and religion are inseparable.”

For Frieze Masters Spotlight 2016, curated by Toby Kamps at the Menil Collection, Gallery Wendi Norris will present rarely exhibited paintings and sculpture by Wolfgang Paalen. The impeccable provenance of the select works—pieces that all once belonged to the artist’s former wife Luchita Mullican or the British painter Gordon Onslow Ford—adds to the curatorial allure. Paalen, Lee Mullican and Onslow Ford formed the artist circle known as the Dynaton.

The booth will include “Cadran lunaire” (1935), a mask shaped painting, first exhibited at the International Exhibition of Surrealism in London in 1936 and two of Paalen’s rare red india ink on amate paper works entitled “Personnages” (1939). In the 1940s and early 1950s, Paalen employed a rhythmic, mosaic orderliness, reflecting hues from the cultures which inspired him. In “Crystals of the Mind” (1950) and “Le Gran de Sable” (1947) parabolic shaped marks overlay or break up these precise patterns and appear as futuristic aboriginal boomerangs.

ABOUT WOLFGANG PAALEN
Born 1905 in Vienna, Austria to an upper class family, Wolfgang Paalen was exposed to the elite members of art and academic society of the age including Hans Hofmann, Julius Meier-Graefe, Hans Arp, Fernand Leger, Albert Einstein, and Sigmund Freud. As an adult, his pioneering art innovations and theories were shared with and informed by the top thinkers of the age including Andre Breton and Dwight MacDonald. Fleeing war-torn Europe for Mexico in 1939 at the invitation of Frida Kahlo and Diego Rivera, Paalen ultimately made Mexico his home.

An avid collector and theorist, Paalen’s art was in an ever-constant state of change to reflect his environmental surroundings. He also amassed an important collection of ethnological artifacts, many of which now belong to The Metropolitan Museum of Art in New York.

Wolfgang Paalen’s paintings, drawings, prints, and sculptures have been widely exhibited in the United States and abroad and are represented in many museum collections including Centre Georges Pompidou, The Museum of Modern Art, New York, the Solomon R. Guggenheim Museum, Museo de Arte Moderne, Mexico City, and the San Francisco Museum of Modern Art.

Paalen founded the influential art magazine, DYN, that includes writing and works from some of the most important artists of the era and catalyzed much of 21st Century art theory. The Getty Museum in Los Angeles opened an exhibition dedicated to this subject in 2012. The Vancouver Art Gallery will exhibit his work in I Had an Interesting French Artist to See Me This Summer: Emily Carr and Wolfgang Paalen in British Columbia from July 1st to November 13th, 2016 and the Philadelphia Museum of Art will include his work in Paint the Revolution: Mexican Modernism, 1910-1950 from October 25th, 2016 to January 8th, 2017.