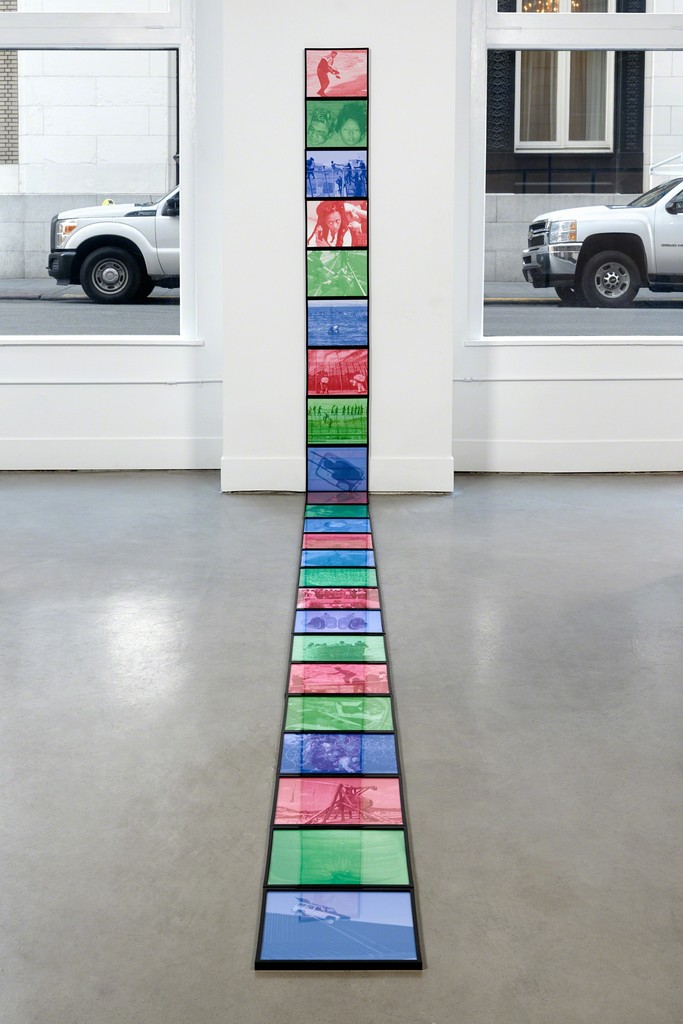 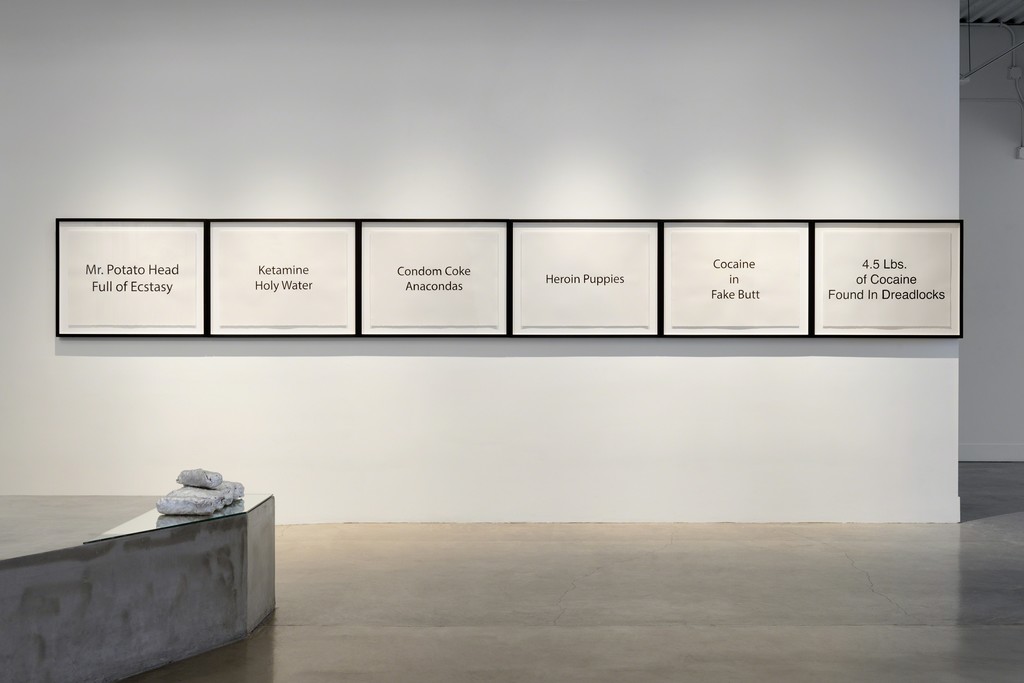 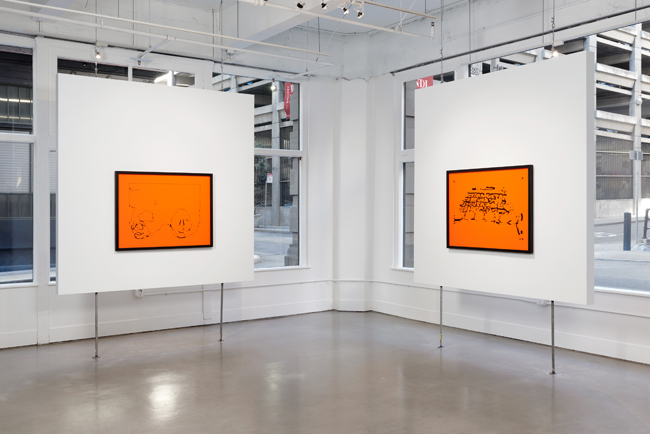 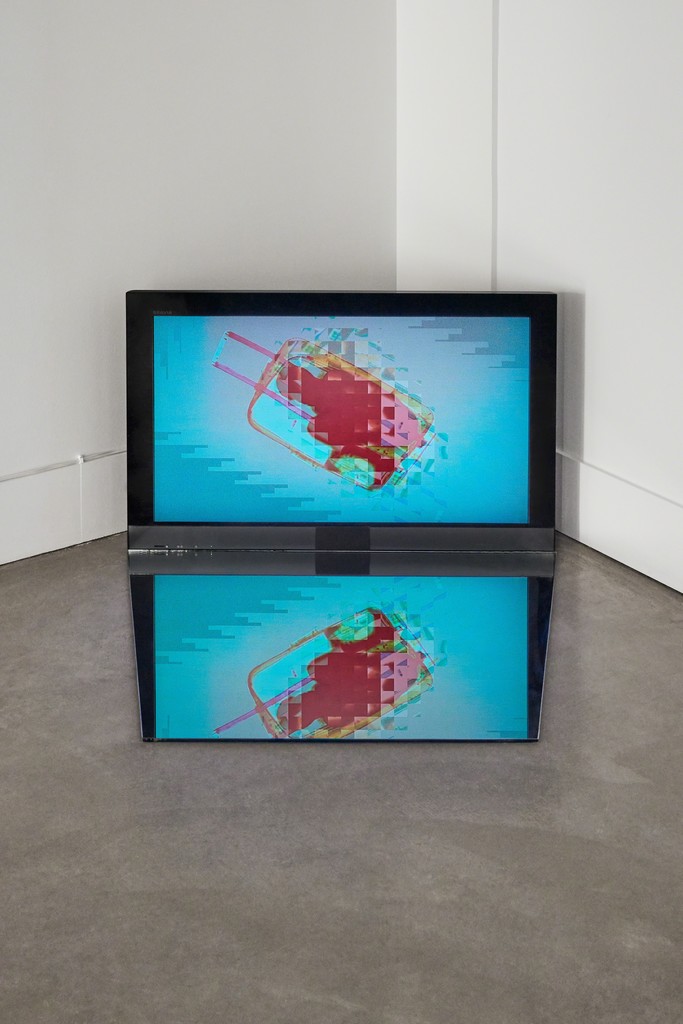 Gallery Wendi Norris is pleased to announce Emotional Violence, artist Julio César Morales’s third solo exhibition at the gallery Morales will debut his latest video work as well as a series of prints, a photographic installation, hand-drawn text works, and ceramic sculpture. Emotional Violence will open on Thursday, November 5 with a discussion between Morales and Lucía Sanromán, Director of Visual Arts at the Yerba Buena Center for the Arts from 6–7PM followed by a public reception from 7–9PM. It will remain on view through December 19.

Morales employs multifarious media to illuminate the poetic in the political, particularly surrounding issues of displacement, migration and informal economies. His approach, involving extensive research, is that of an anthropologist and a social historian. For over a decade, Morales has collected and archived images and anecdotes from the Internet and printed press outlets related to the trafficking of goods and people that later surface in his oeuvre. The exhibition title Emotional Violence derives from the recent rise in violent crimes committed by drug cartels in Latin America, with a particular emphasis on situations where violence is deployed to threaten or caution rival gangs. Morales also turns his eye beyond Latin America, to global areas of contested migration and failed government policies.

With a nod to the long history of artists examining and reinterpreting violent cultural and historical events––from Artemisia Gentileschi’s masterpiece Judith and Her Maidservant (1612), to Eduardo Manet’s The Execution of Emperor Maximilian (1867), to Andy Warhol’s early 1970s-era Death and Disaster series––Morales takes recent media images that trace some of the most extreme cases of human rights offenses and renders them abstract and contemplative.

Emotional Violence marks the first time Morales will show large-scale photographic prints. Although abstract in appearance, the works are based on found photographs of beheadings. The black lines and dotted nodes trace bodily shapes, suggesting a grisly game of connect-the-dots laid over orange backgrounds. The shade of orange mimics the cautionary signage of roadwork. The photographic installation is comprised of numerous found images depicting contemporary scenes of immigration and drug trafficking on various continents among diverse populations. Printed in RGB (red, green and blue) tones, the small images recall the mass reproduction of media photographs. The sculptural installation on view is comprised of six silver ceramic burritos resting on a mirror, each with “wetback” written on the bottom. The work comes from a recent event in Phoenix, Arizona where anti-immigration groups threw burritos at pro-immigration protesters conducting a hunger strike. The burritos are lasting replicas of the Chipotle grilled-chicken burritos that the anti-immigration groups used during these demonstrations.

Morales’s video begins with vibrantly colorful geometric shapes oscillating and morphing against a black background. The artist composed the soundtrack, featuring single bell-like notes chiming over the buzz of ambient noise that is both meditative and anticipatory. As the pace of the music increases, the colors come together and delineate an x-ray image of a boy in a suitcase that slowly floats across the screen before quickly receding into oblivion. This work derives from the true story of an eight-year-old boy from Ivory Coast who was caught being smuggled inside a suitcase into Spain earlier this year. The drawings, in graphite on white paper, describe failed methods used for smuggling drugs. Morales’s new work brings to light complex issues found in distressed populations around the world, and encourages viewers to consider his or her place within the contemporary global fabric.