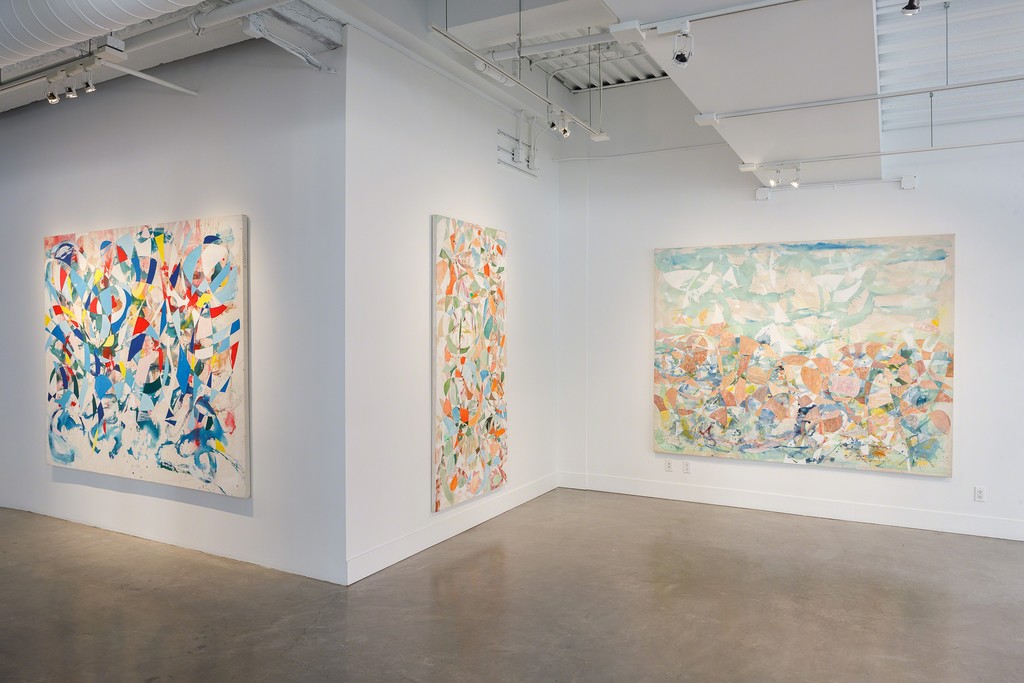 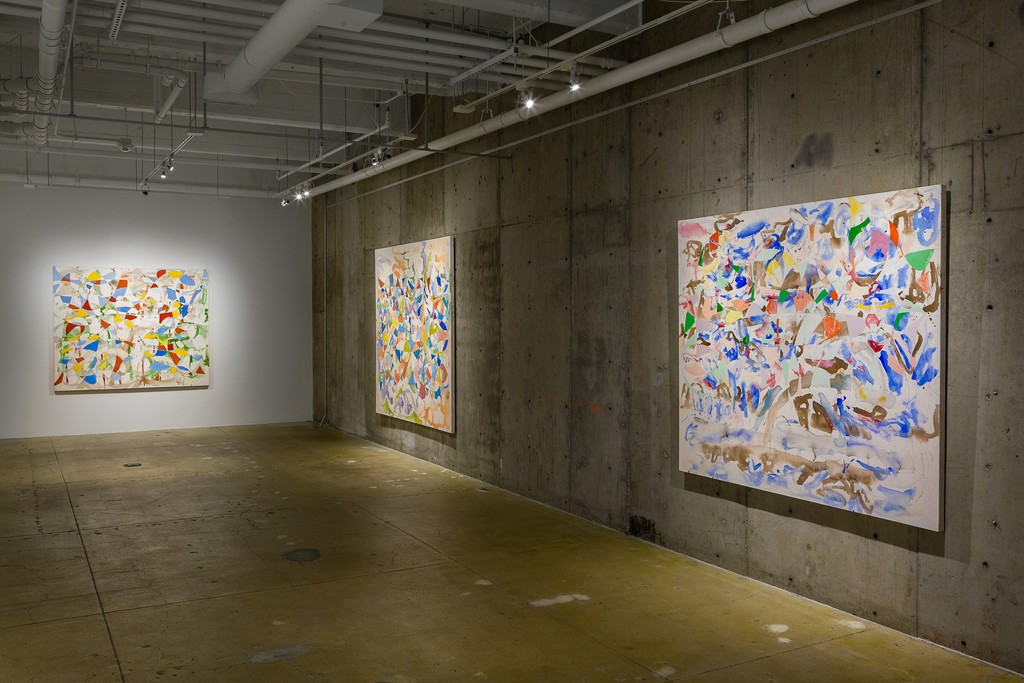 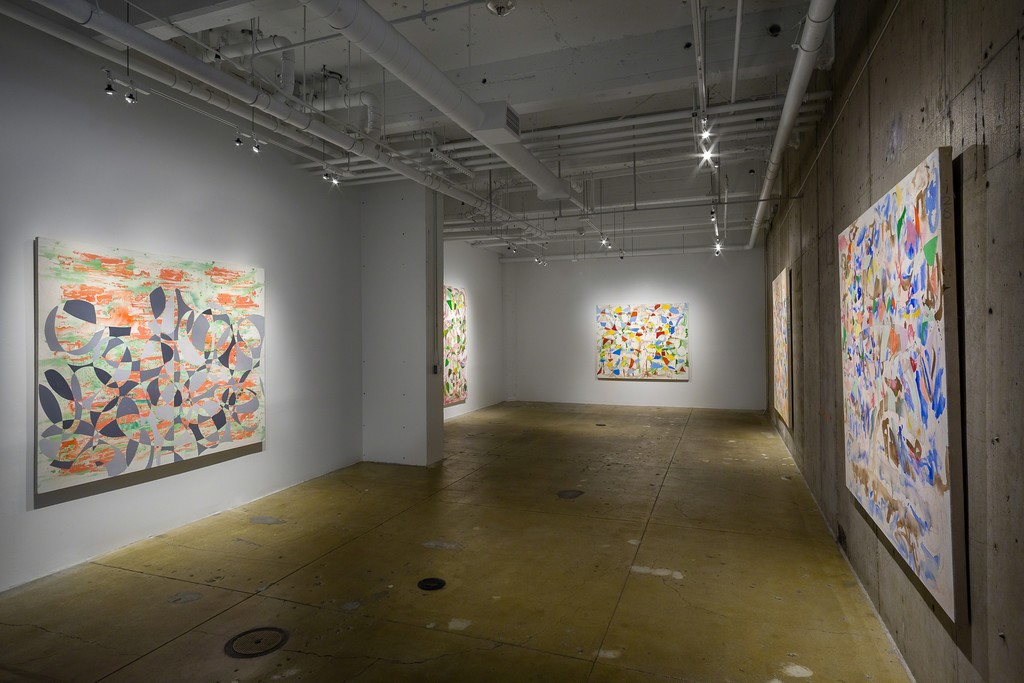 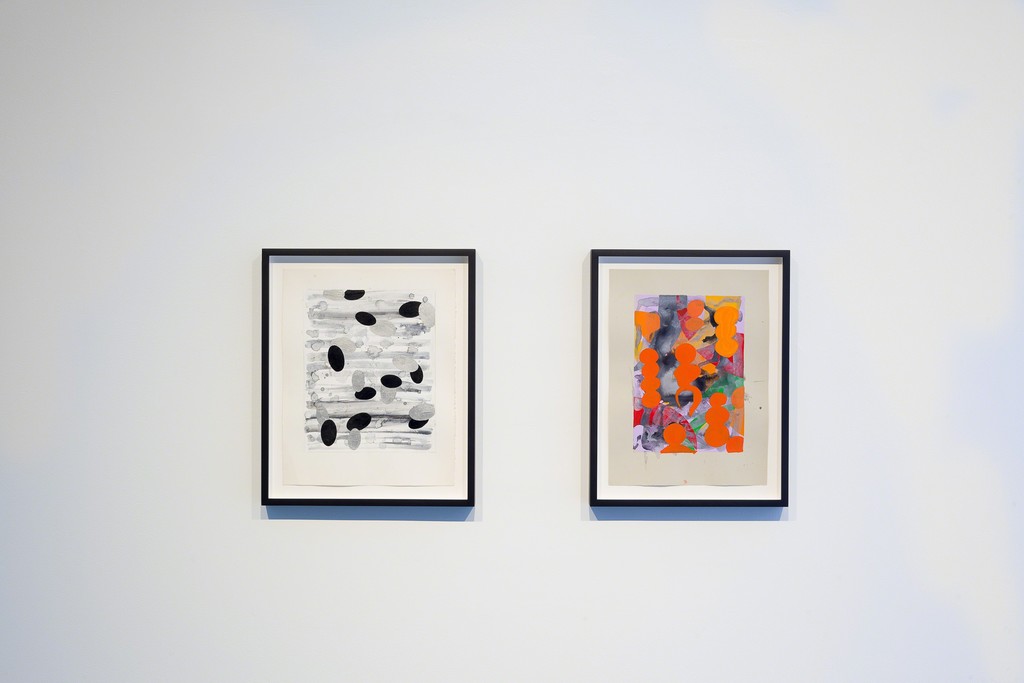 For the first exhibition with Peter Young, Gallery Wendi Norris will exhibit nine large paintings on canvas and eight small paintings on paper from the artist’s “Ellipse” series. The show will encompass the entire gallery with works completed between 1989-2001.

Charisma and exuberance flow through the gestural color swatches in Young’s work. In works like #75-2000 and #76-2000, the central color palette is that of primary colors, and in others, such as #36-1994, the softer hues of western landscapes appear. For example, in #36-1994, the sienna glow of the rocky environs surrounding his Southern Arizona home takes prominence, with thinly washed turquoise strokes, suggesting the pristine blue skies of the desert. Though the foreground is made up of flat, thickly colored geometric shapes, the background is comprised of thin washes of acrylic or vacant white canvas. Such distinct layers produce a surprising sense of depth and motion as the viewer’s eye moves from one plane to the other. A dancing effect materializes and the works approach the near figurative, as if in conversation with paintings of an earlier era with a similar emphasis on joie-de-vivre, perhaps those of Matisse and his fauvist compatriots.

Young and his work have continuously defied categorization since his early New York years showing with Leo Castelli and Richard Bellamy. He has been described variously as the first post-modernist painter, as well as a minimalist and an abstract surrealist. A sophisticated colorist and man of careful calculation, his paintings can at once conjure a metaphysical, psychedelic and indigenous feel.

Peter Young and many of his iconic paintings and drawings are highlighted in the HBO Documentary Film, Brillo Box (3¢ off), by director Lisanne Skyler. The film, airing in 2017 on HBO, explores the ephemeral nature of art, and follows the path of an Andy Warhol Brillo Box from the Sixties to a 2010 Christie’s auction, and how it left the filmmaker’s family living room when her father traded it in to acquire a drawing by Peter Young.