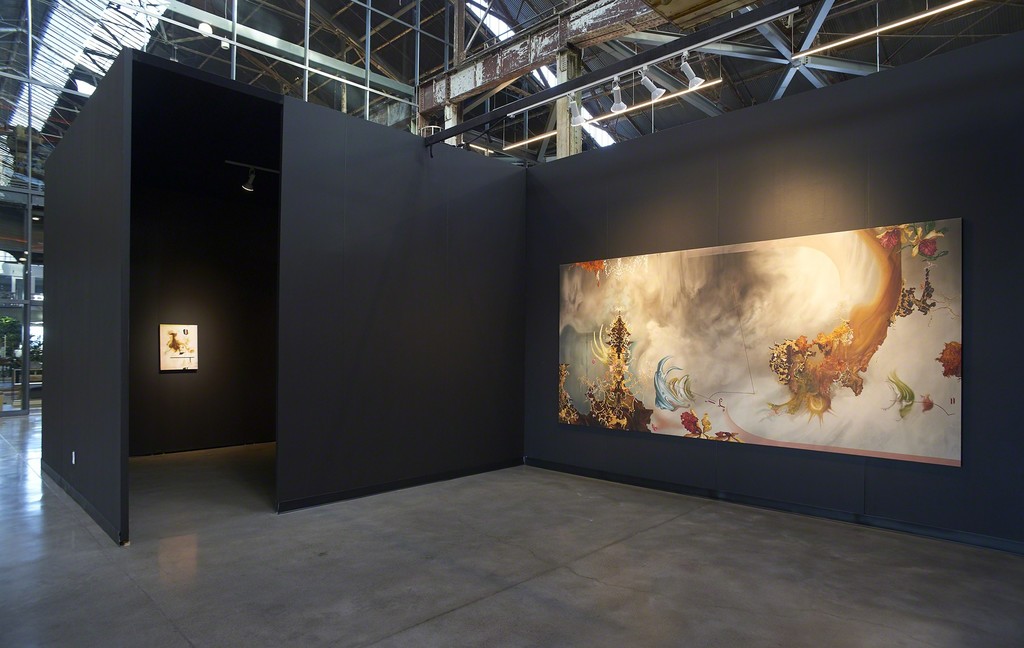 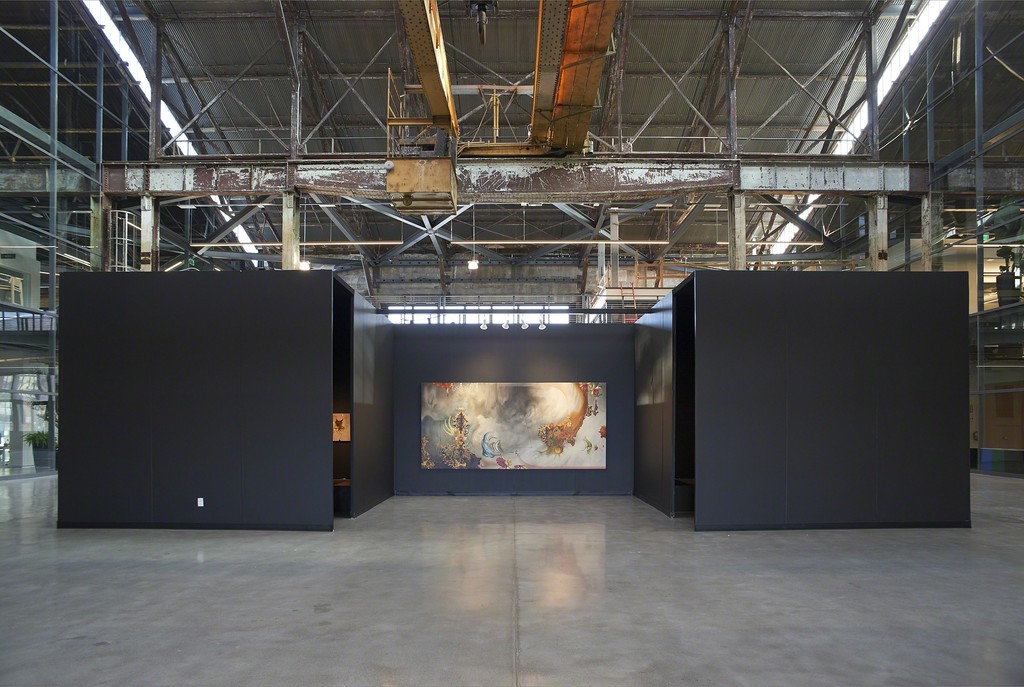 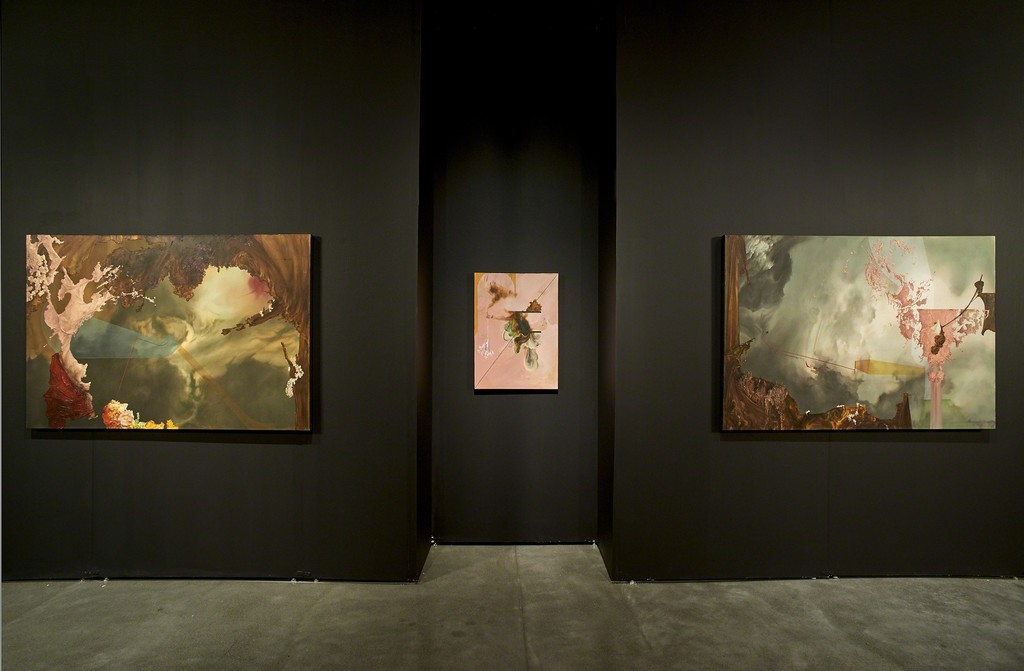 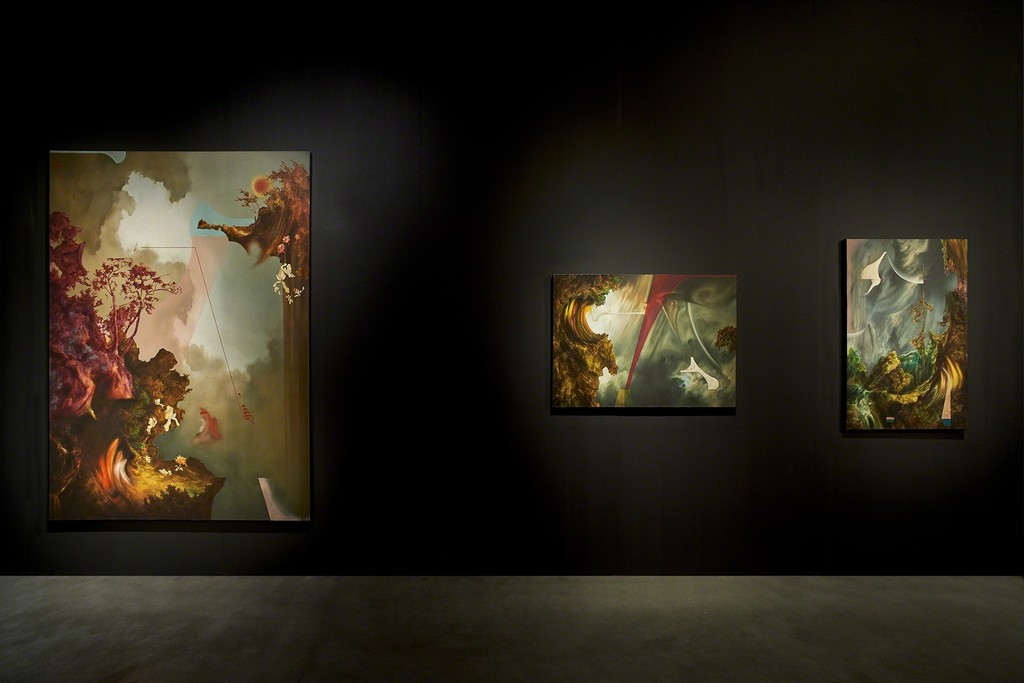 San Francisco, CA -- Gallery Wendi Norris is pleased to announce its third off-site exhibition, Raveling Relic, featuring new paintings by Eric Siemens. The exhibition will take place in the 10,000 square foot atrium of 555 20th Street, Building 113, in the Historic Pier 70 in San Francisco. The exhibition is accompanied by a publication with a contribution by Kevin Killian, celebrated poet and writer, winner of the 2010 Lambda Literary Award and the 2009 American Book Award.

Raveling Relic marks the solo debut exhibition for Eric Siemens, who was formerly represented by Gallery Wendi Norris as part of the collaborative artist duo Kate Eric. These thirteen new paintings represents a long journey of return to painting, after a nearly five-year hiatus, an untangling of revered images and ideas stowed away in the artist’s mind.

Siemens’s paintings feature elusive landscapes with abstract backgrounds that leave the viewer disoriented, yet awestruck. Scenes range from apparitional figures that flit against the thick, impasto foreground to sharp landmasses that dissipate and reemerge at different angles. The work harkens back to fifteenth century shipwreck paintings but uses surreal color palettes and expressive washes of acrylic paint.

The installation of the artworks will conceptually mimic the psychological journey represented. Gallery Wendi Norris will construct an intimate sculptural installation environment, enhancing the dramatic interplay of light and shadow, while embracing the grandiose architecture of the building’s atrium.

This site-specific exhibition appropriates the 10,000 square foot atrium within the 20th Street Buildings at the Historic Pier 70. Building 113 was designed by civic engineer D. E. Melliss in 1885 and previously housed the Machine Shop. Located on the San Francisco waterfront, Pier 70 is comprised of eight historic office and industrial buildings known as the Union Iron Works which served for 150 years contributing to the industrialization of the west coast and both World Wars. The renovation of the building, led by Orton Development, preserves the site’s history and repurposes the space for a community of modern, innovative companies. The site was chosen for its intersection between past and present, honoring the city’s maritime past, while also revitalizing the space for future arts and culture events.