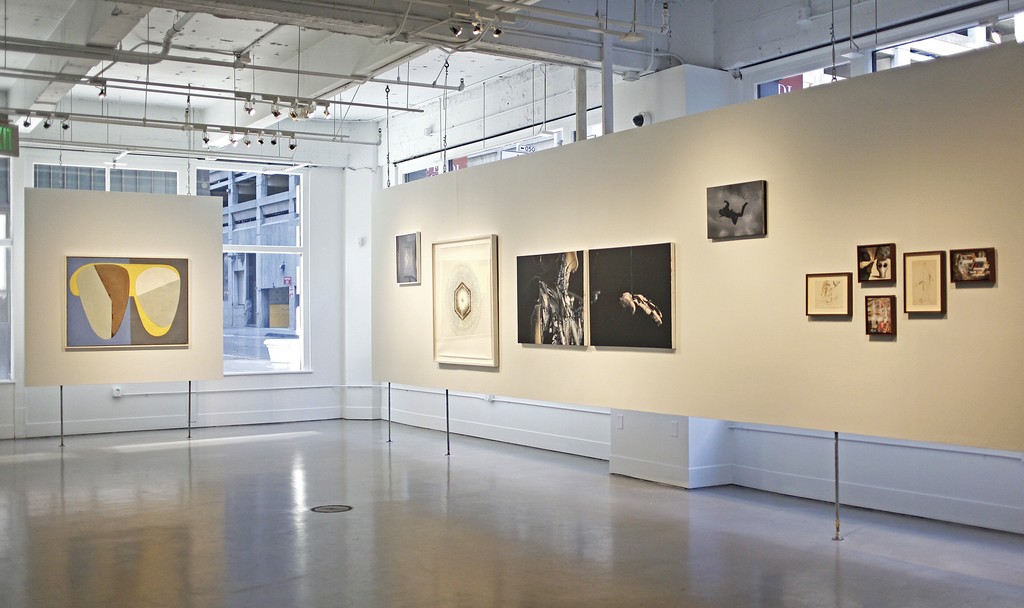 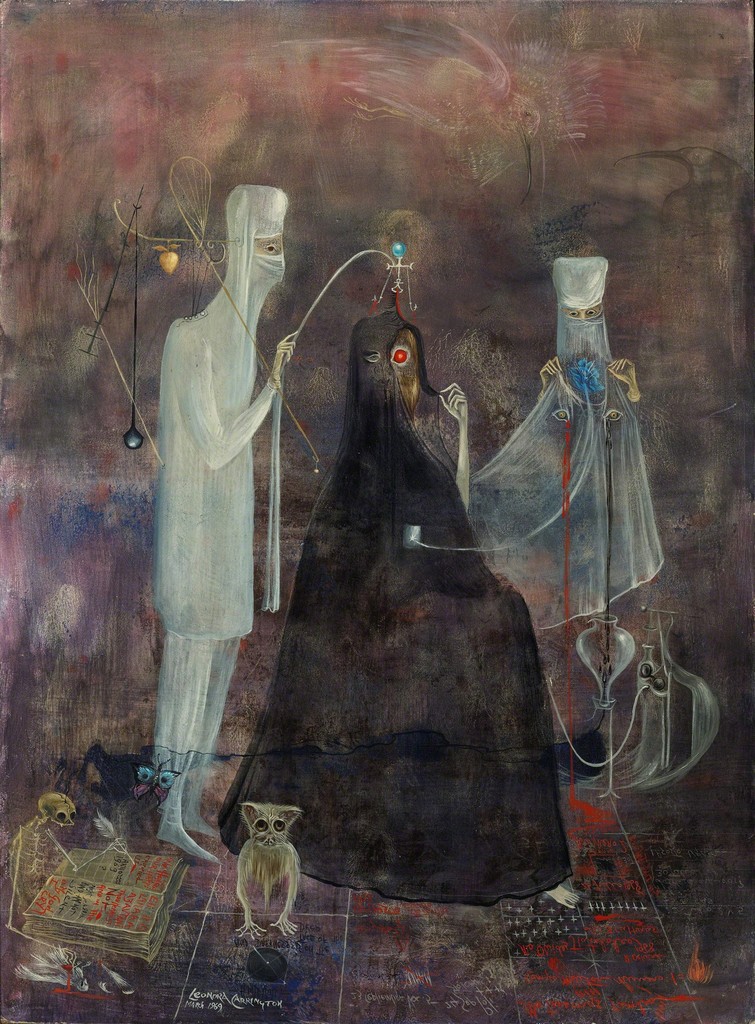 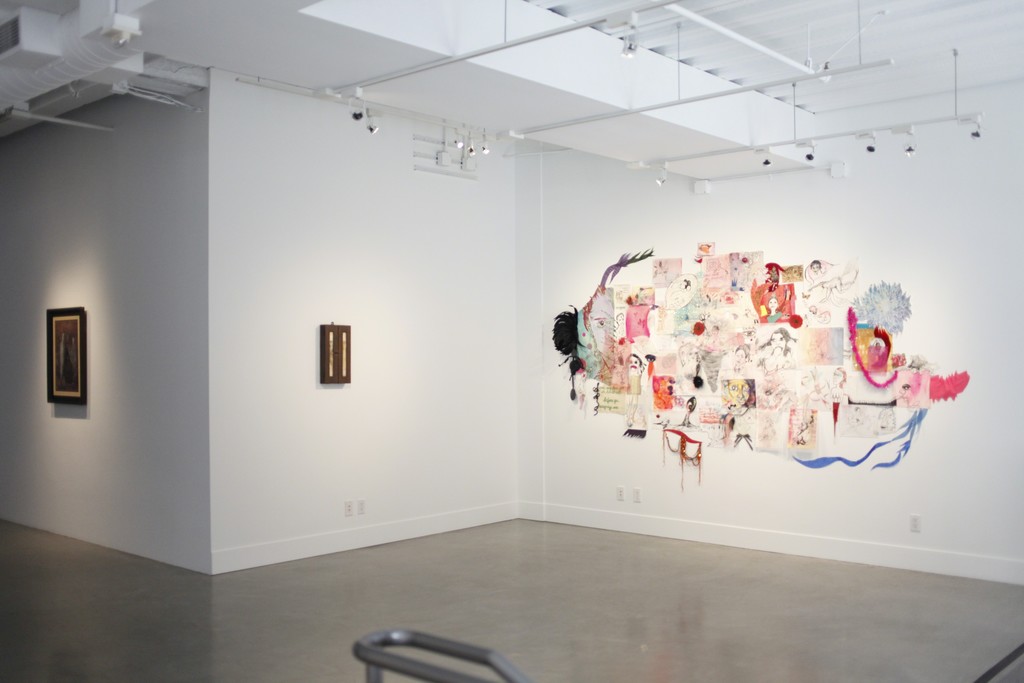 Gallery Wendi Norris’ final exhibition at 161 Jessie Street, Threads of Memory: One Thousand Ways of Saying Goodbye, presents a celebratory survey of the gallery’s program, including emblematic works by each of the 18 represented artists. The exhibition highlights the rigorous and richly varied artworks that anchor the gallery’s transcultural approach, while tracing threads of influence and connection between the artists. Leonora Carrington’s Operation Wednesday (1969), an exquisitely rendered canvas commemorating and mourning students who were killed in violent uprisings in Mexico in 1968, is juxtaposed by Ana Teresa Fernández’ new small canvases from her Erasure series, paintings that document a performance by the artist to honor the 43 students who were unjustly killed as a way to silence their protests in a more recent 2014 tragedy. Firelei Báez’ Study for Flight No.1 (archived, the order of Anacaona) (2017) is juxtaposed with Dorothea Tanning’s 1960 oil, Visite jaune (Visite éclair), two paintings that strike a deft balance between abstraction and figuration. Also on view are video works by Julio César Morales, Ranu Mukherjee and Miguel Angel Ríos, experimental photographs by Christine Elfman, Chris Fraser, Yamini Nayar, and Eva Schlegel, paintings on canvas by Marcel Jean, Wolfgang Paalen and Peter Young, and a precious wooden object by Remedios Varo.

The show’s title is derived from Maria Magdalena Campos-Pons’ largest installation, Threads of Memory: One Thousand Ways of Saying Goodbye (2003), an immersive mixed media work that, as poetically described by curator and scholar Sally Berger, “is a metaphor for moving away from one thing and toward another”.

With this exhibition, we invite our community to celebrate the program we have built here at 161 Jessie Street, the artists that propel us forward, and the exciting path ahead as we embark on a new focus, new program, and new headquarters.

In lieu of an opening reception, Gallery Wendi Norris will host a champagne celebration to close the exhibition on Wednesday, November 15, from 6-8pm, accompanied by a curated playlist by gallery artist and DJ, Peter Young (DJ Joven).