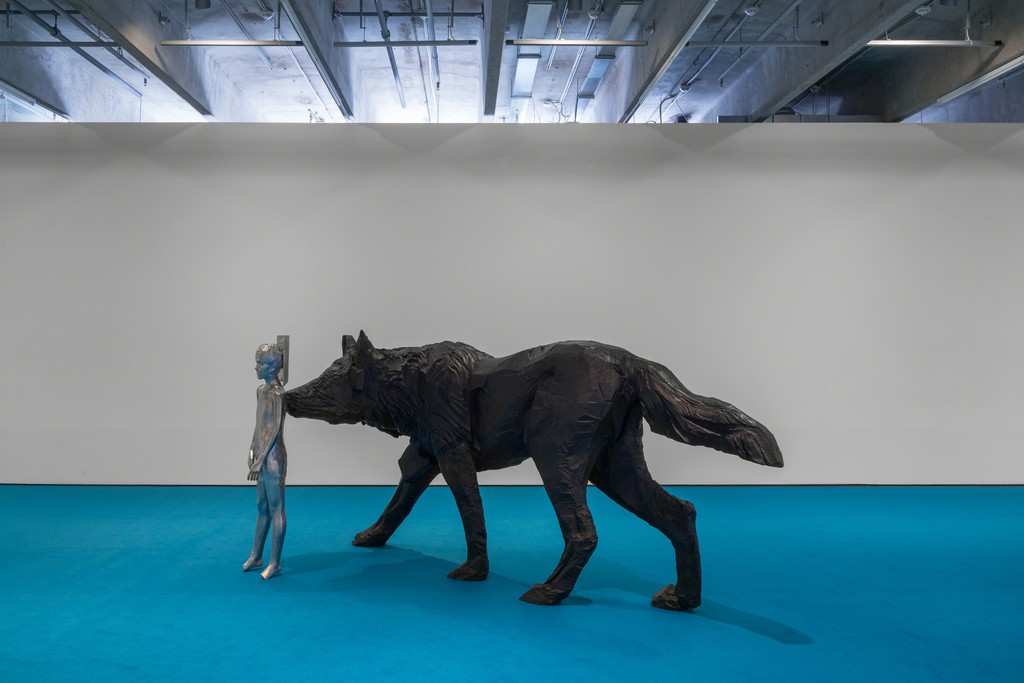 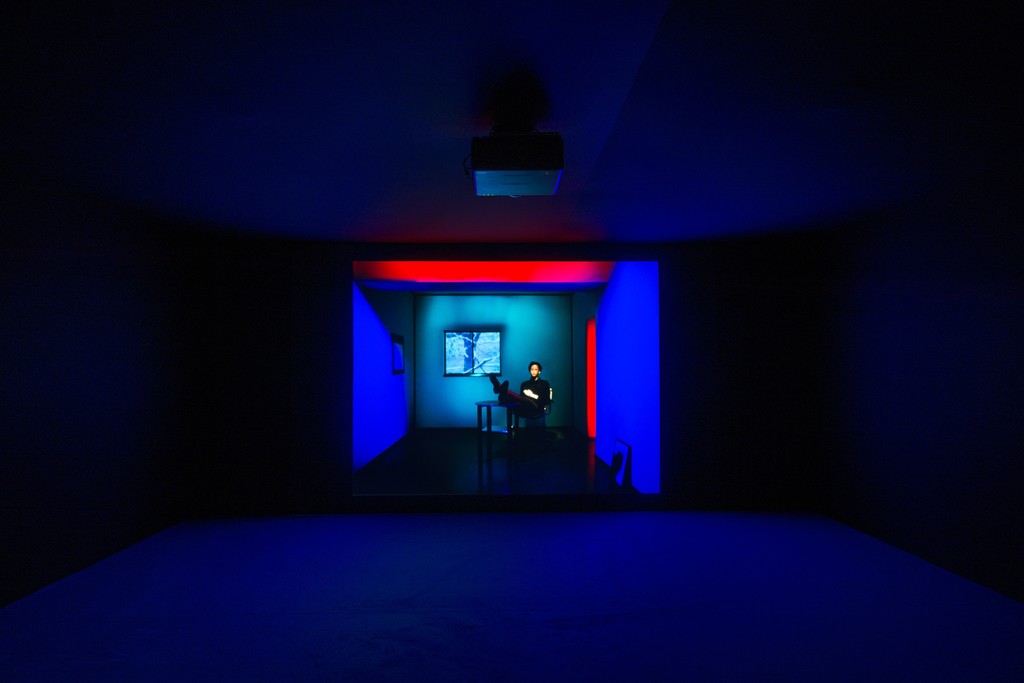 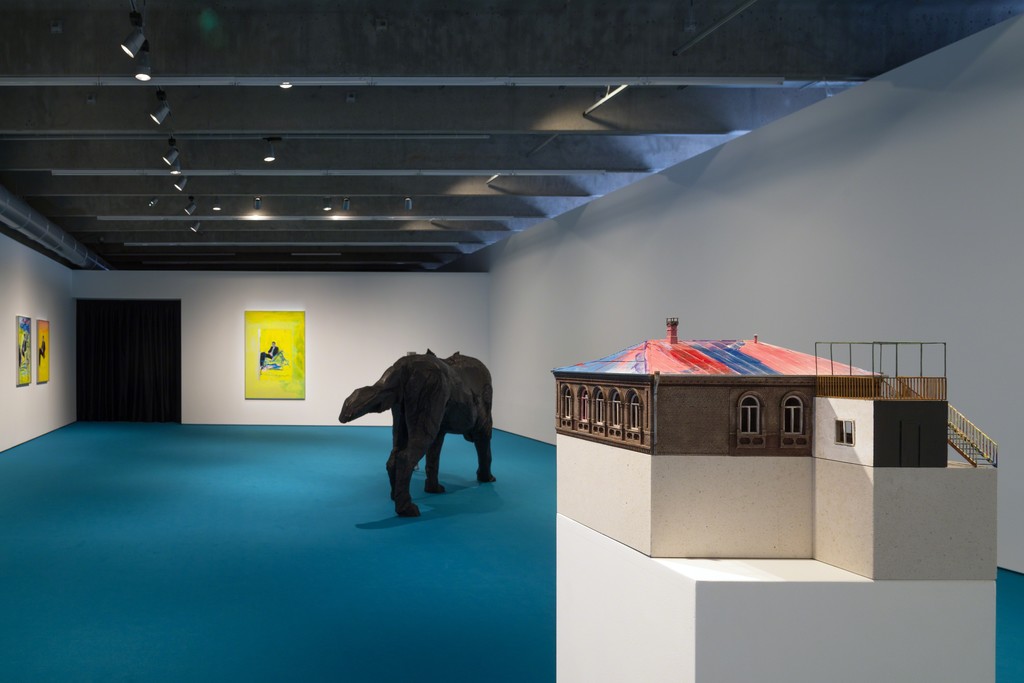 Dolphin in the Fountain opens with the eight-minute film By the Window (2008), featuring what appears to be a teenager sitting in a room with his feet on a table. Images of the sea, buildings (presumably, from Wekua’s native Sukhumi), and fragments of films with silhouetted people play in the background, accompanied by dull thuds. Occasionally, the room fills with neon light from outside, as if Blade Runner’s Los Angeles of 2019 is beyond the window. The teenager is one of Wekua’s characters: a life-size mannequin that seems as if it can perform basic movements, yet remains still. Like most of Wekua’s sculptures, the boy’s pose indicates distance, a detachment from the world around him.

The painted figure in the next room shows an equal detachment. The three paintings and a collage, all featuring the same figure with folded arms, seem to be rooted in the painterly tradition reminiscent of Otto Dix and even early Tair Salakhov.

Next to the paintings are two sculptures: an oversize wolf with a smaller, young figure seemingly leaning against it and a generic, universal type of house—not a model but a model-size sculpture that seems to have emerged from someone’s fragmented memories—painted over by Wekua in a gestural manner. Assembled together, these figures offer us an entrance to a space separated from the outside world. Wekua’s works tend to allow for such uncanny situations to arise, where connections between various elements are not obvious and might be intangible upon initial contact. “Things are held together with all this blurry material, which we cannot see or measure,” Wekua explains. “That’s interesting for me, how I approach these empty, in-between spaces.”

This “in-betweenness”—the gaps in the story—is what forms the language of Wekua’s installations. His environments offer to take us to a place of limbo, where memories, impressions, and emotions exist beyond a world defined by the totality of conventional relationships and imbue art with the potential to create new forms of life to match the contemporary world of devalued knowledge and truth.

A limited edition of the artist's book featuring images of works from the show and the curator's notes on Andro Wekua will be published to accompany the exhibition. The edition has been designed by NORM studio, Zurich.

The exhibition is organized with the support of Swiss Arts Council Pro Helvetia.