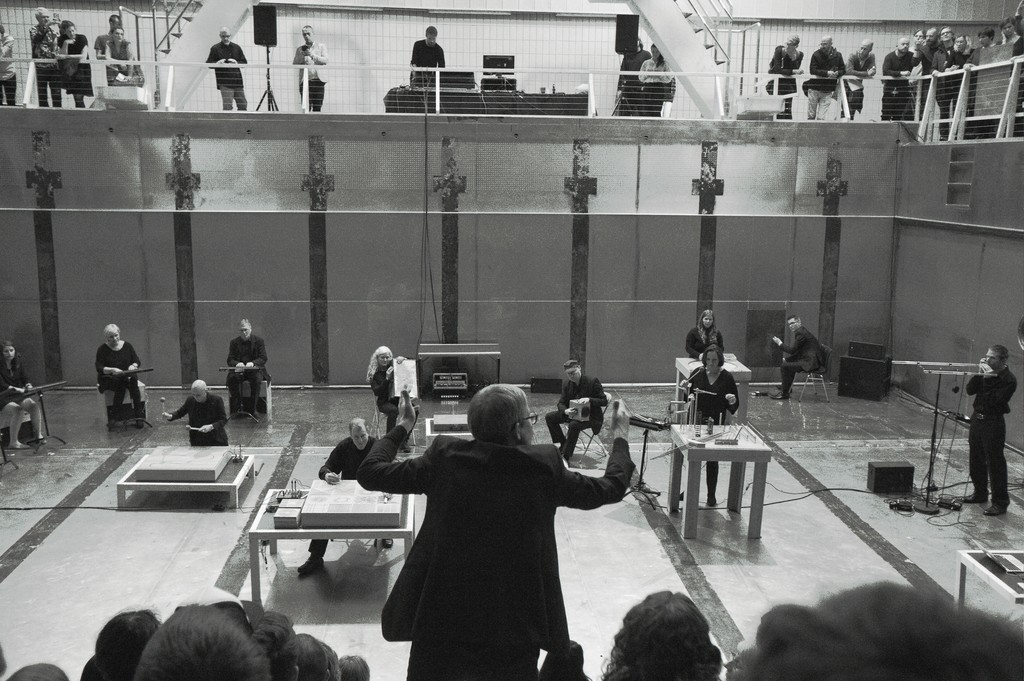 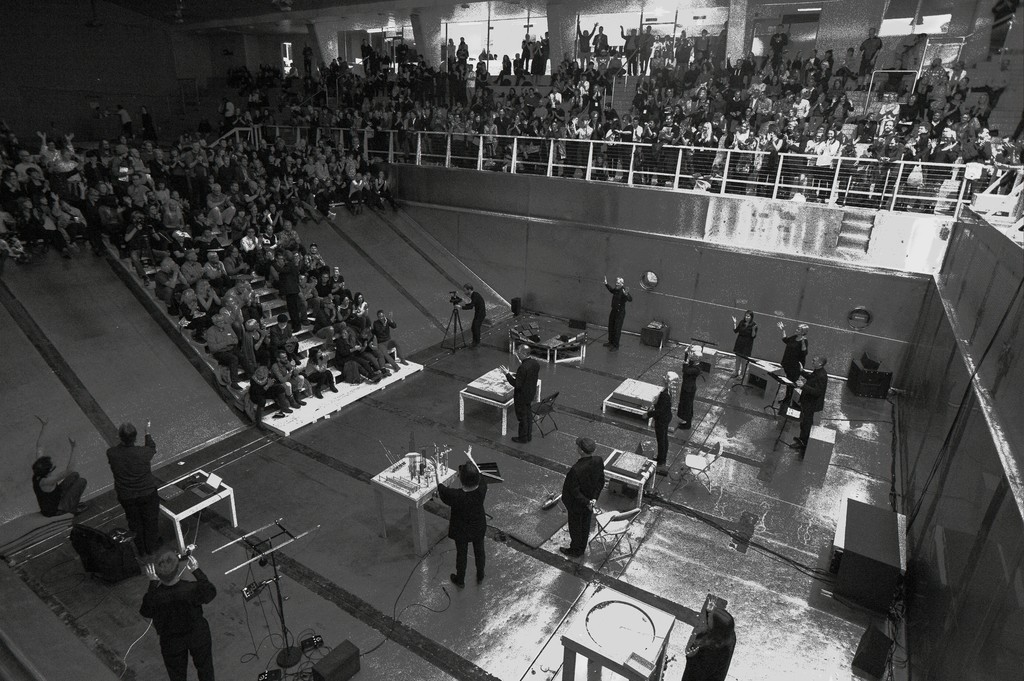 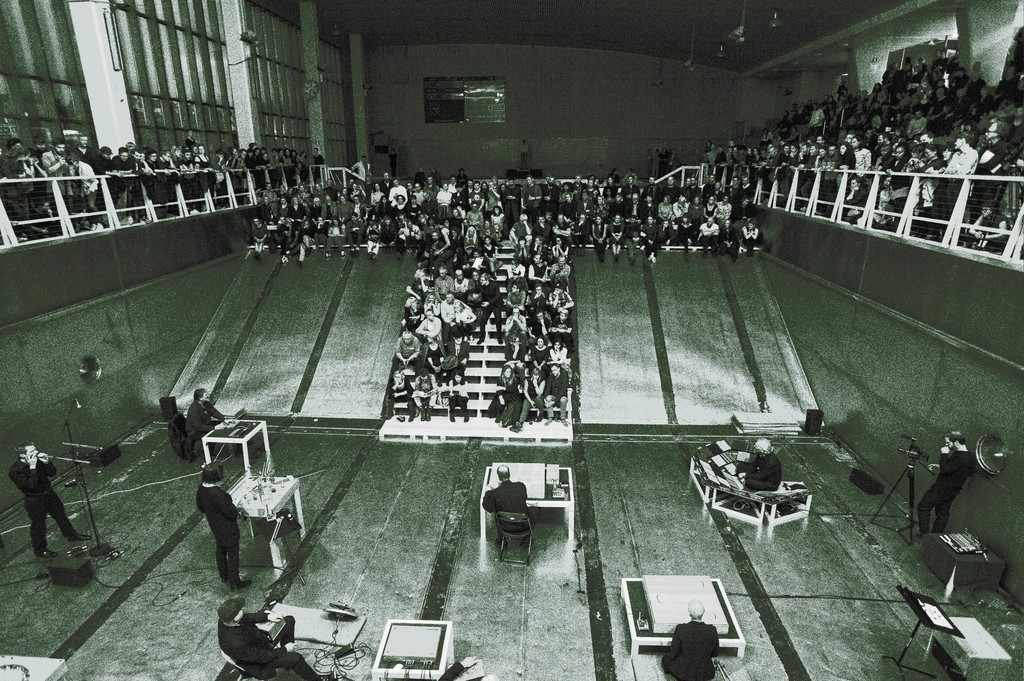 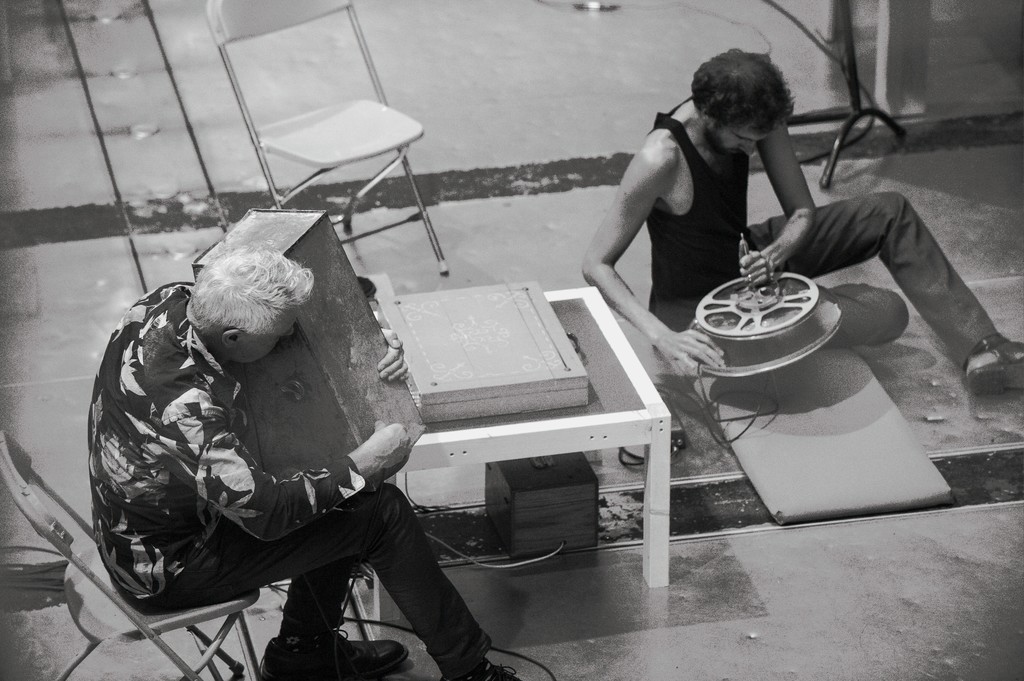 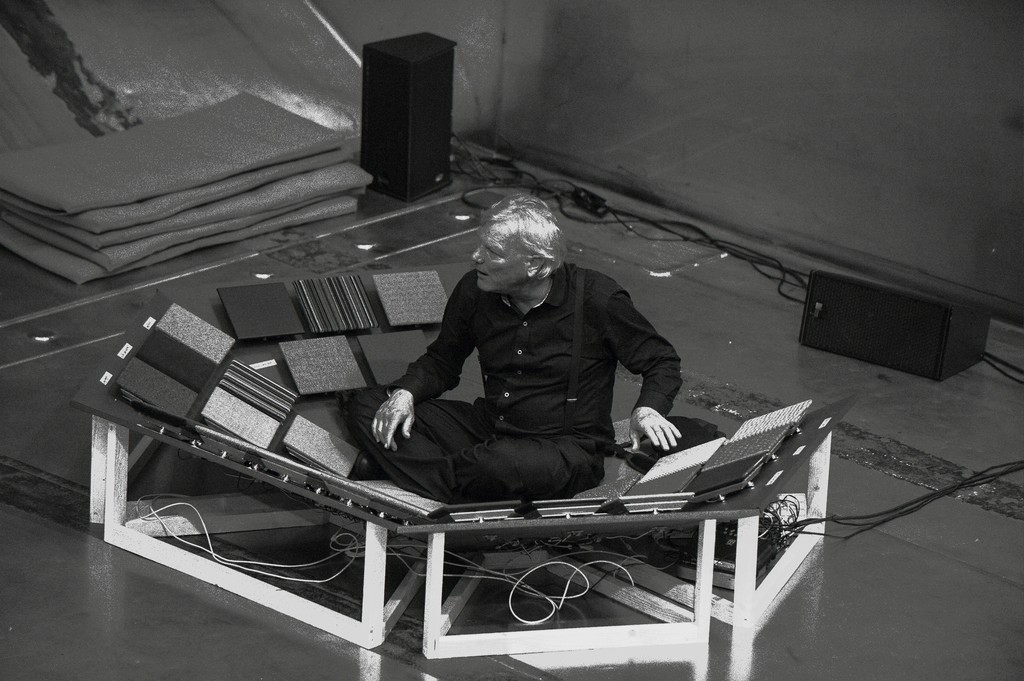 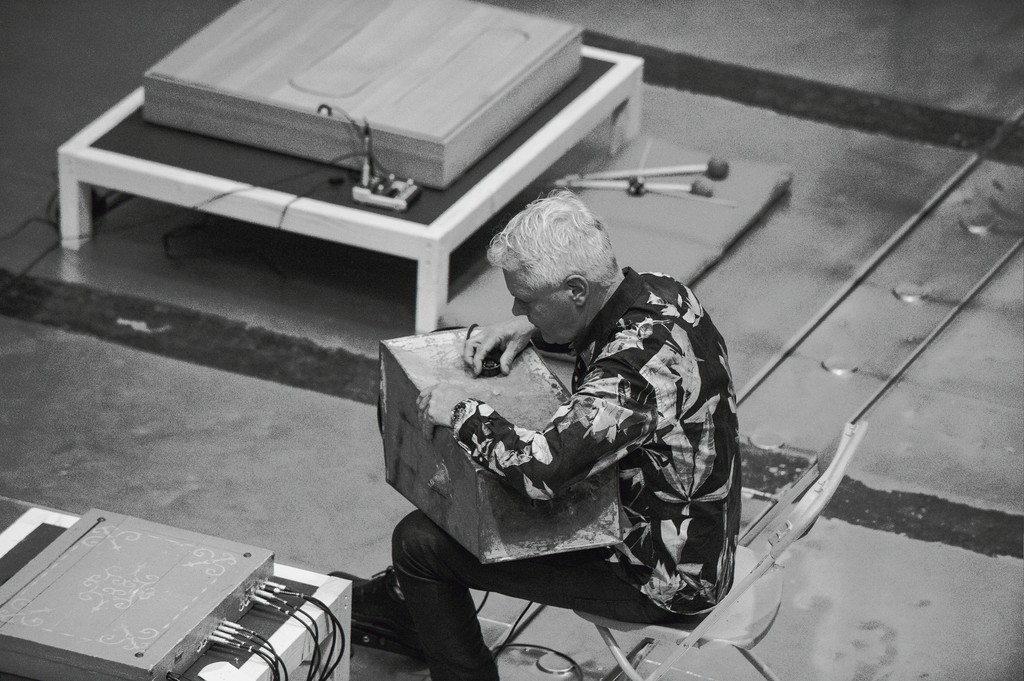 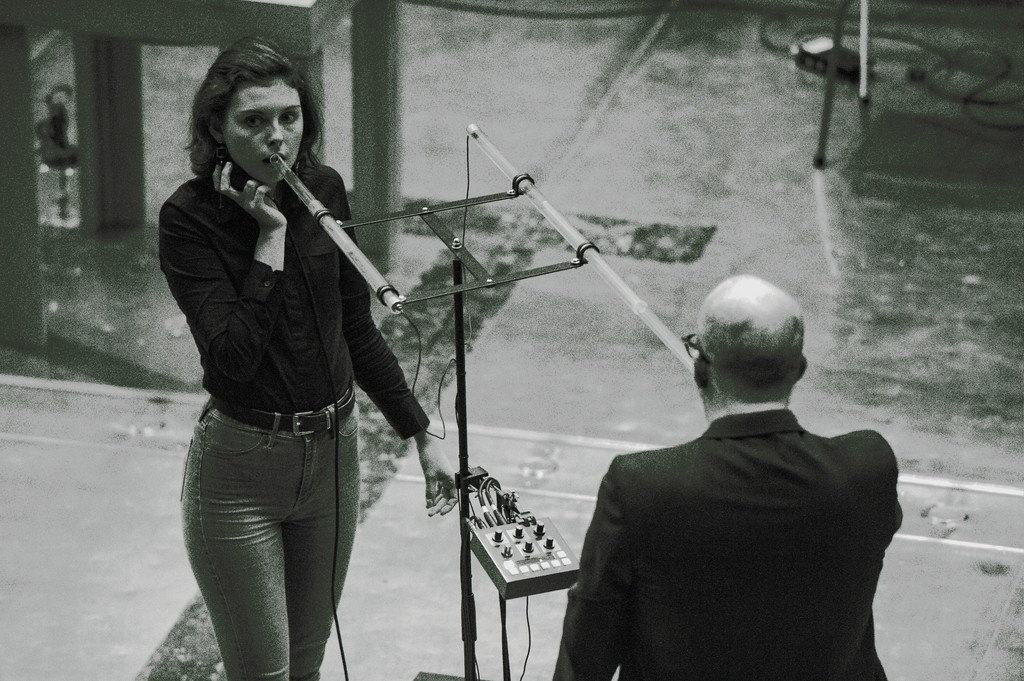 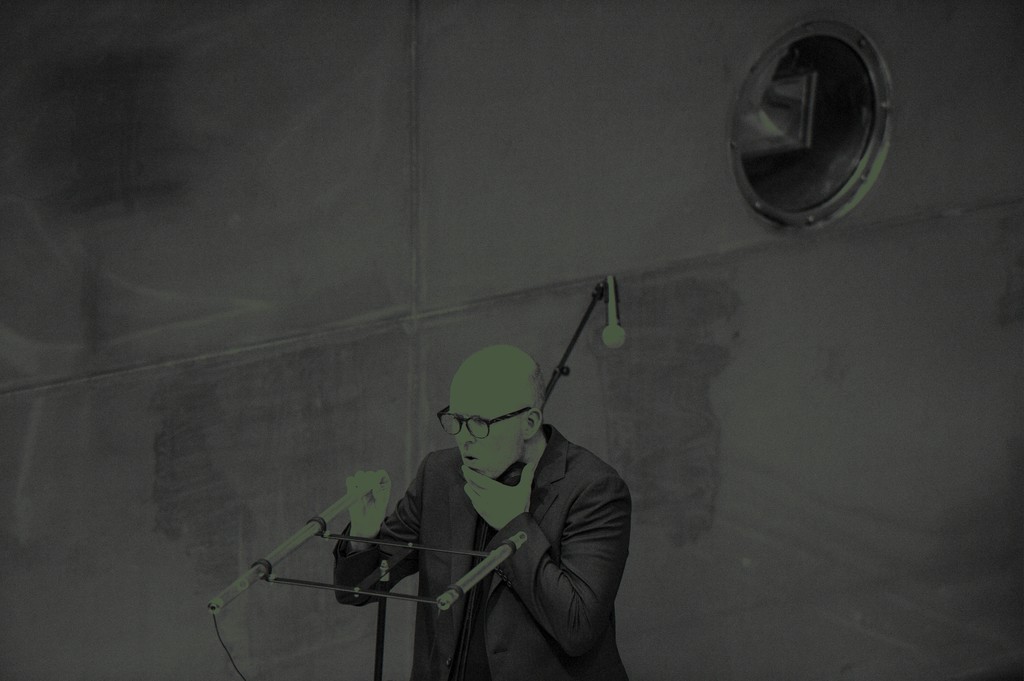 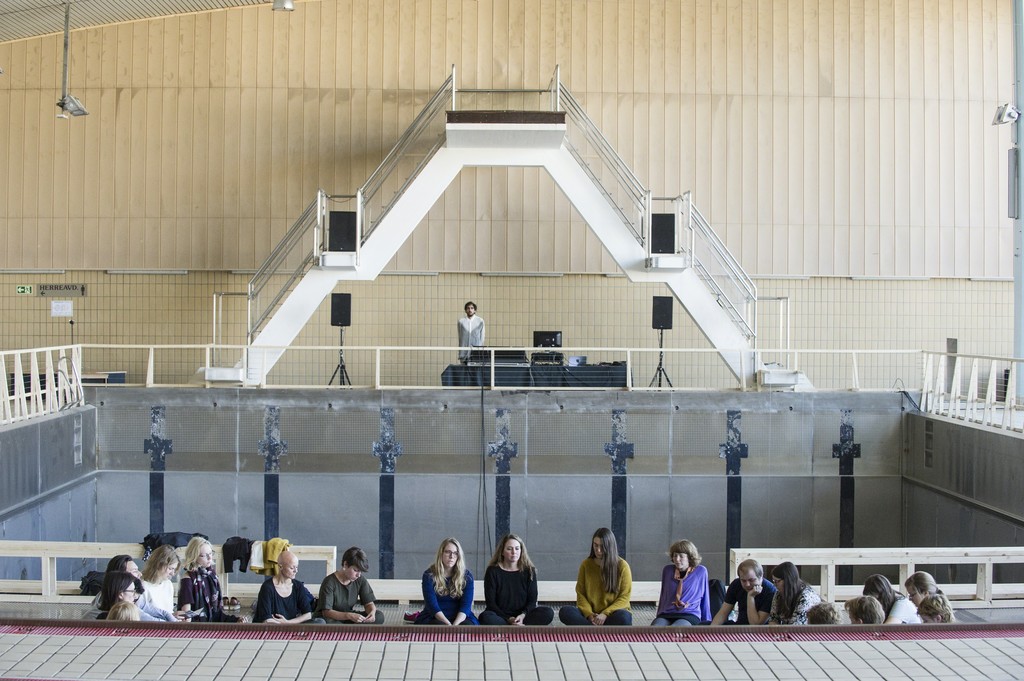 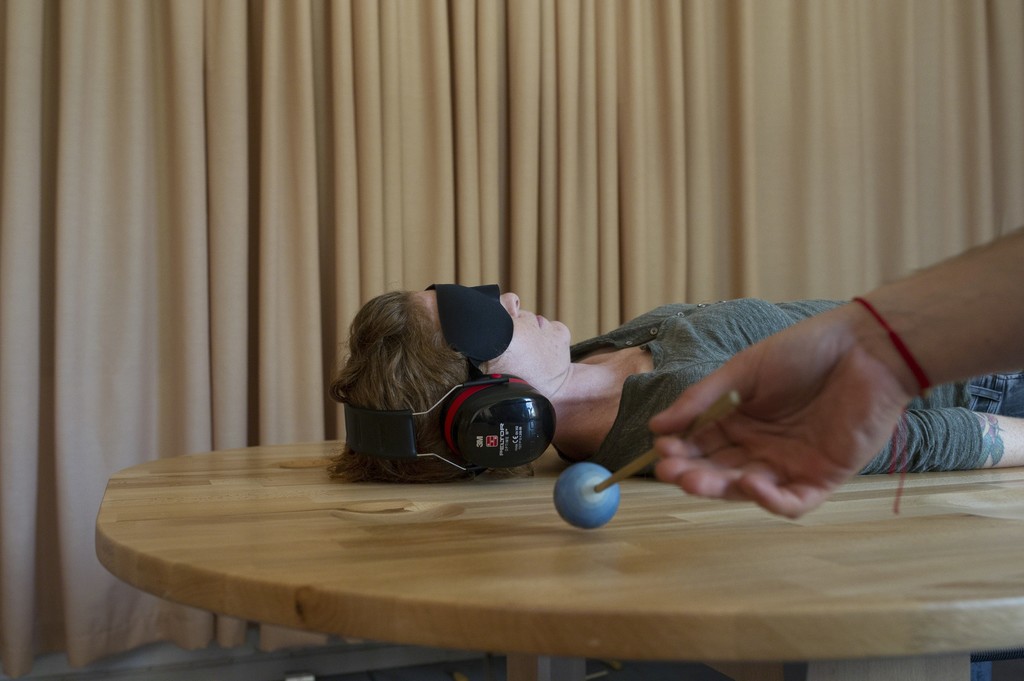 GARAGE MUSEUM OF CONTEMPORARY ART PRESENTS:
INFINITE EAR. TAREK ATOUI, LENDL BARCELOS, GODA BUDVYTYTE, VALENTINA DESIDERI, MYRIAM LEFKOWITZ, ALISON O’DANIEL
June 8–September 2, 2018
Infinite Ear is an exhibition of hearing situations that has been derived from an ongoing series of international workshops and dialogues with deaf and hard of hearing individuals. Developed in Moscow as part of Garage’s Field Research Program, the artists and curators explored various connections between society’s understanding of deafness and multiple dimensions of Russian cultural history. The resulting exhibition presents a unique sonic space where the public are invited to hear, feel, understand, dream, and play sound in a way they have never encountered before. In this project, sound ceases to be an exclusively physical notion that can be measured by an audiogram and becomes an artistic value with limitless interpretations. The experience includes WITHIN, a display of instruments by Tarek Atoui, played during concerts and workshops, and a project by Alison O’Daniel composed of sculptures and a video series. To amplify the central exhibition thesis—that each person has their own way to perceive sound through vibration, body movement, sign language, images, and fiction—an experimental mediation will be established by the artists Lendl Barcelos, Valentina Desideri and Myriam Lefkowitz. The first version of Infinite Ear was presented for the Bergen Assembly in Norway in 2016.