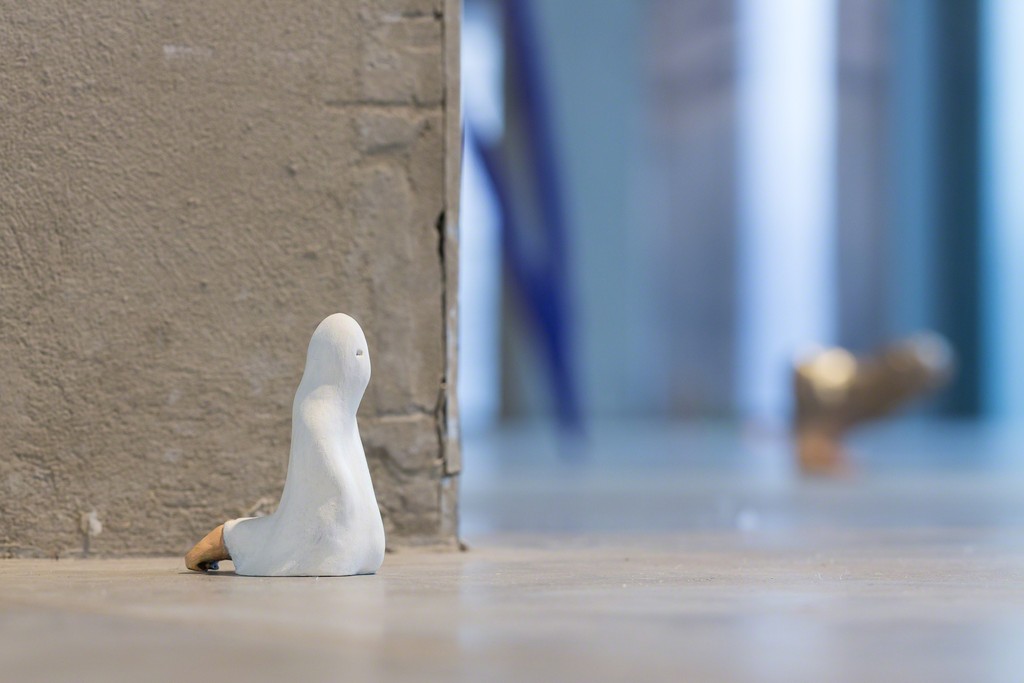 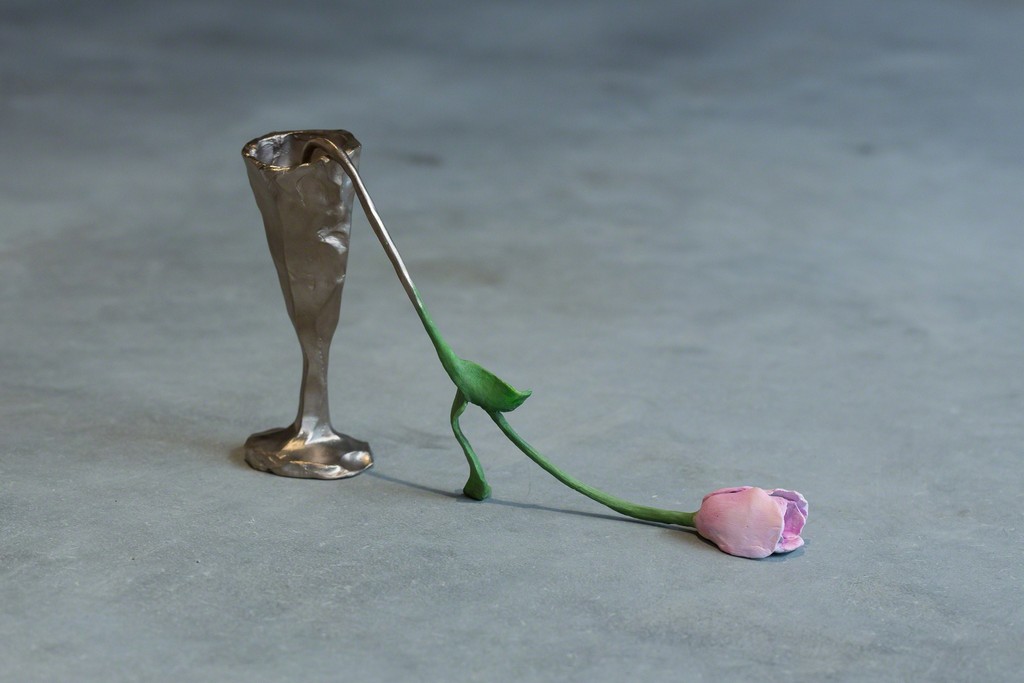 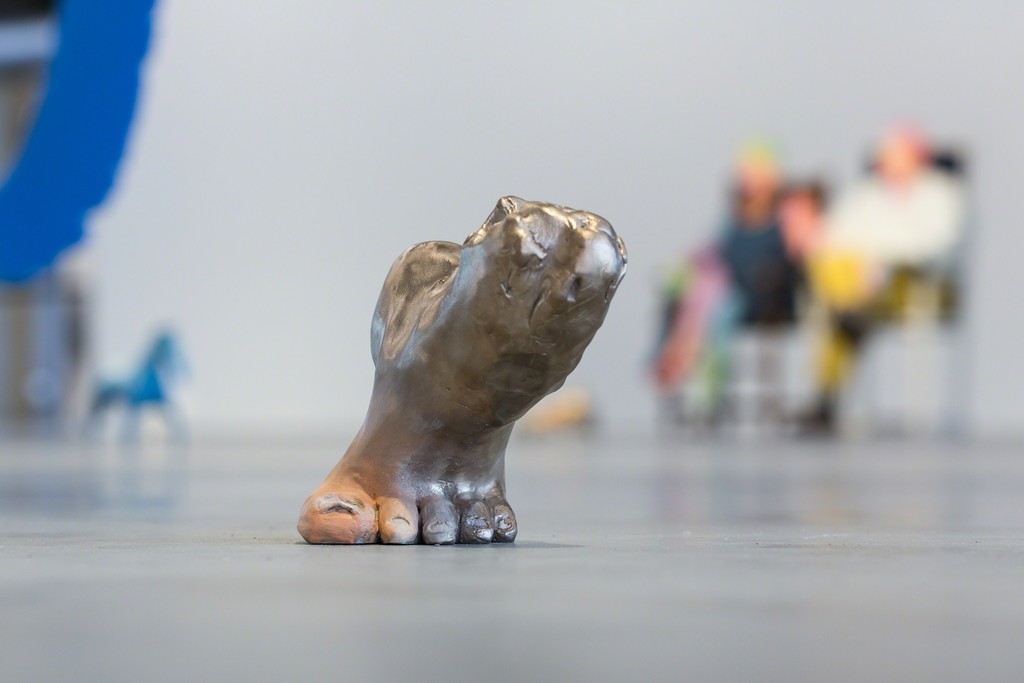 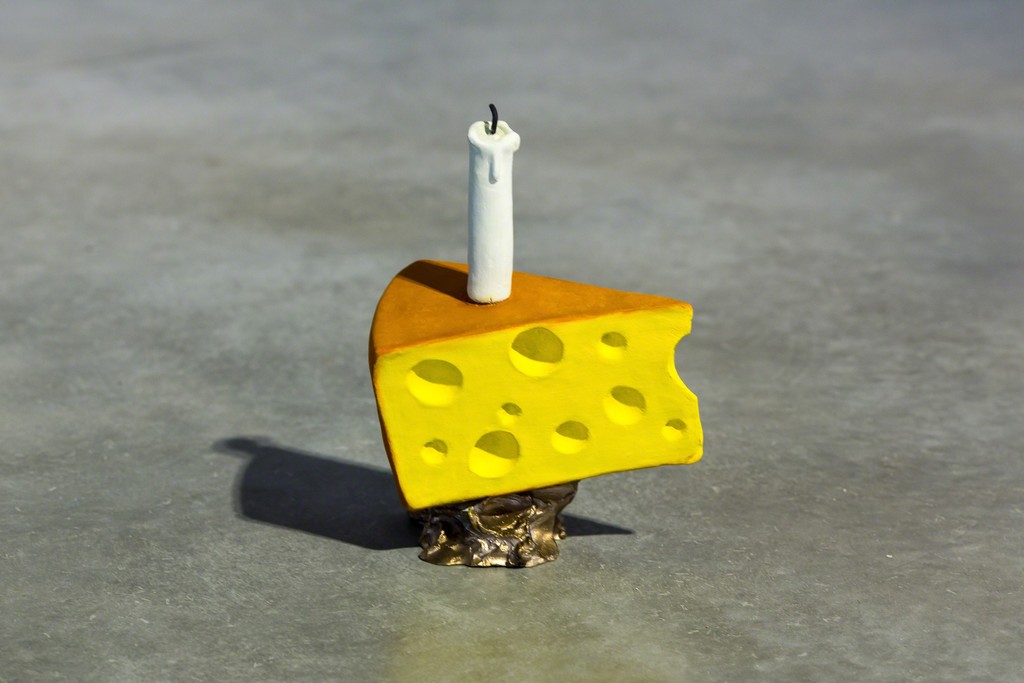 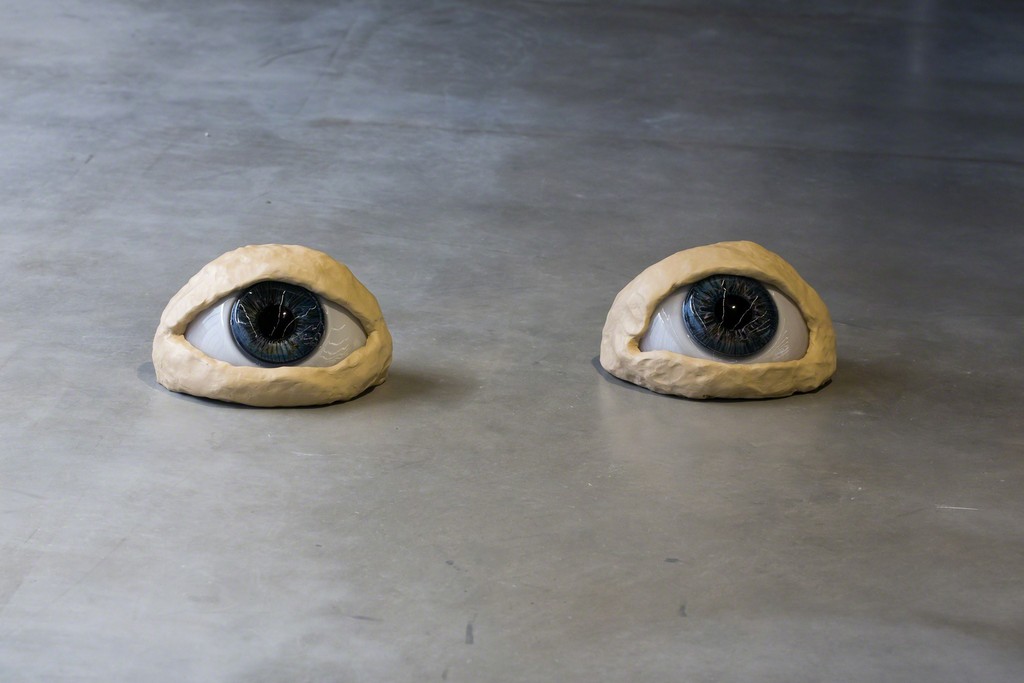 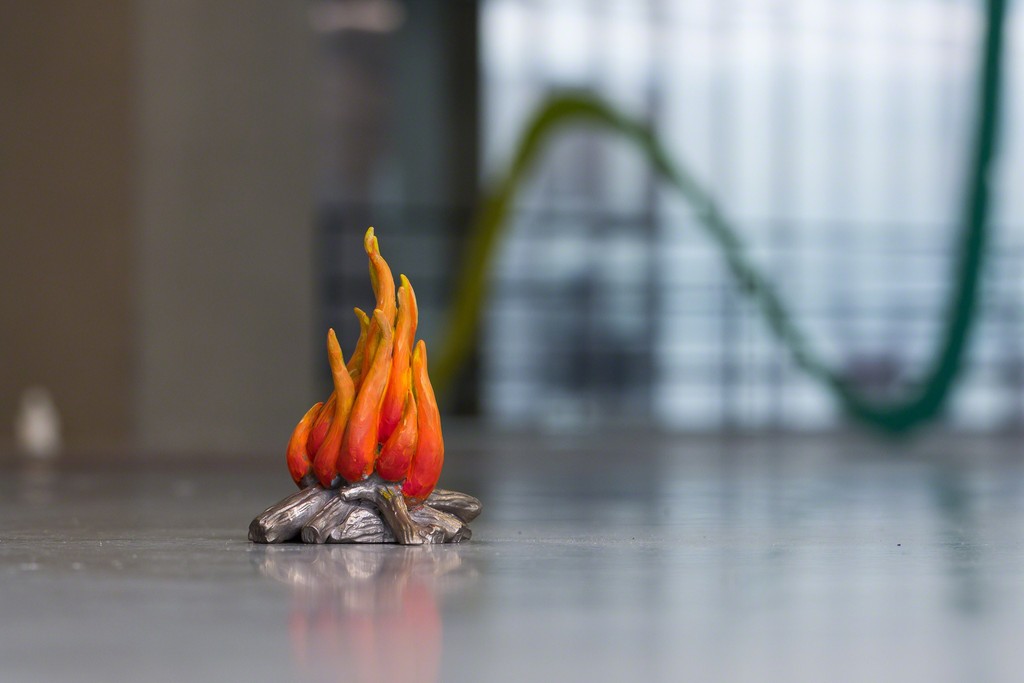 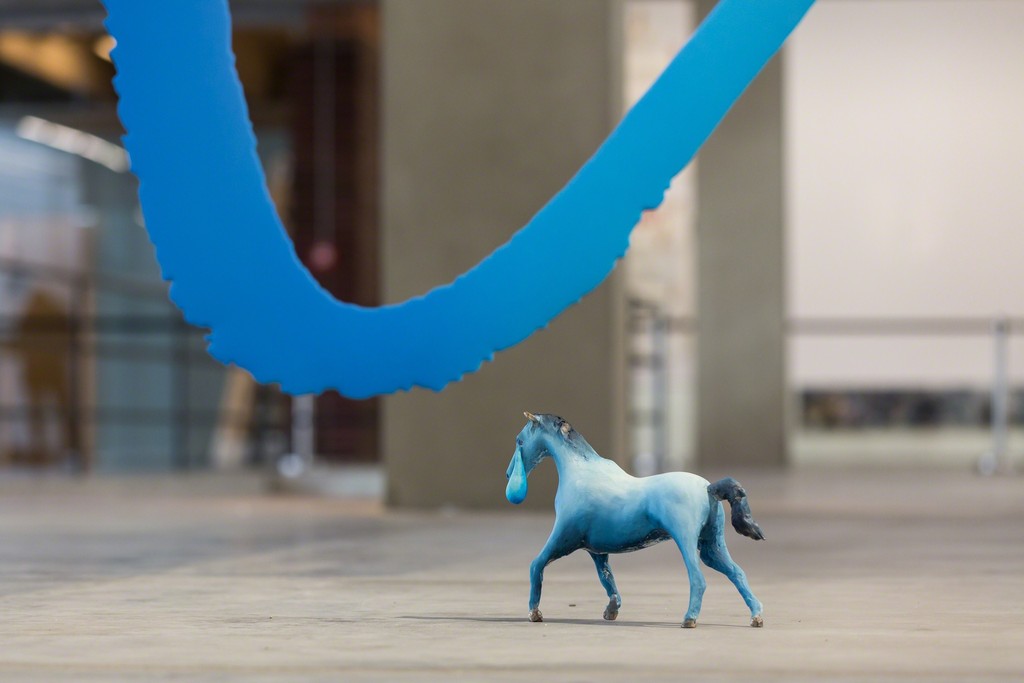 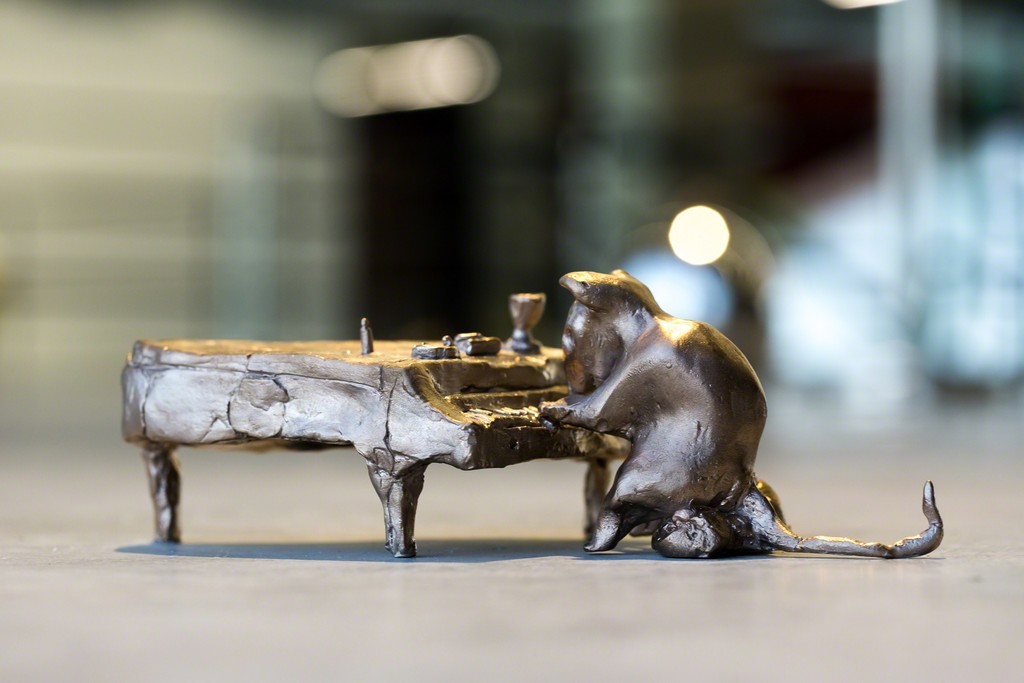 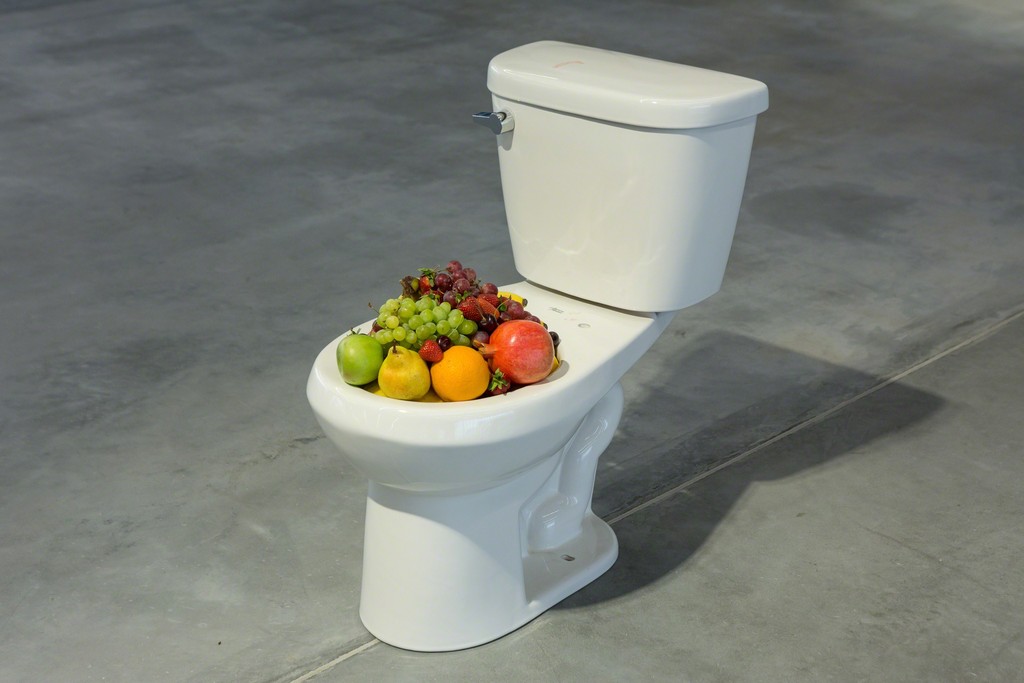 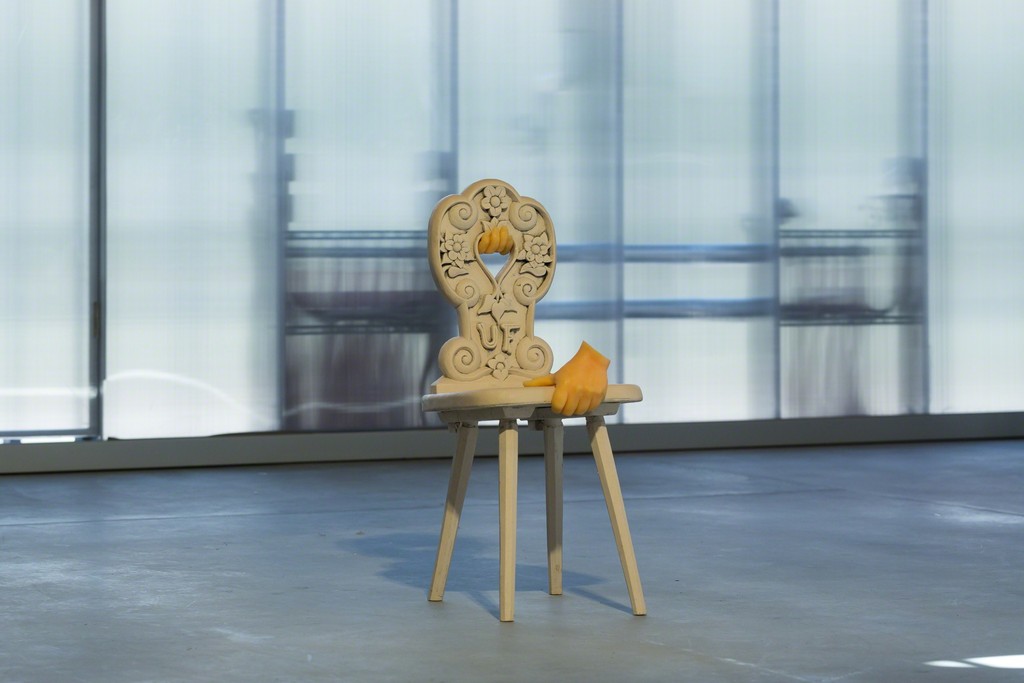 To celebrate the first anniversary of Garage’s move into its permanent home, Urs Fischer has developed Small Axe, an exhibition that responds to the building and its surroundings with spirited lightness and humor. Creating a series of installations that play with scale and sensory perception, the Swiss-born artist invites audiences to experience the Museum from a new perspective.

Occupying the Central Gallery, the installation includes more than twenty bronze hand-painted sculptures produced especially for the show. Small in scale, each captures a transient moment—from a wilted tulip in a vase to a rat playing a grand piano—populating the gallery with flights of fantasy in physical forms that provide an antidote to the austerity and grandeur of the Soviet Modernist architecture. Further asserting the desire to introduce fluidity and immediacy into the Museum, larger works include a life-size candle sculpture that captures an affectionate moment between a seated couple, which will be lit each day and gradually melt over the course of the exhibition, and a 9-meter-long gestural line that visitors can walk under and around, which is a greatly magnified sculptural version of a hand-drawn doodle. Just as a quickly drawn line becomes an architectural form in Fischer’s installation, gestural brushstrokes become animate in his recent paintings, which also play with space and scale. In these, the artist has painted over snapshots taken in his garden in Los Angeles and then greatly enlarged the results, to create paintings that fictionalize both the original landscapes and the brushstrokes into commanding yet approachable artifice.

Small Axe also extends to Garage Square, where Fischer will stage the largest collaborative outdoor project he has ever made, which is called YES. The piece involves inviting people from all walks of life to create a landscape of clay sculptures that will metamorphose over the course of the show. The open process through which the work comes together—contrasted with the contained process of creation in the studio—echoes the importance of communal activity and unregulated synergetic forces within society. For the first week of the project, running up to Garage’s one-year anniversary and Russia Day celebrations, Fischer has also invited his longtime collaborators Mina Stone and Alex Eagleton to prepare meals for the project volunteers and participants. Working in Moscow for the first time, the chefs will use local seasonal produce to create a different menu every day.

A third aspect to Small Axe will be presented in July in Garage’s West Gallery, where Fischer has worked with the Garage team to create a communal space through which to discover more about the YES project and the artist.