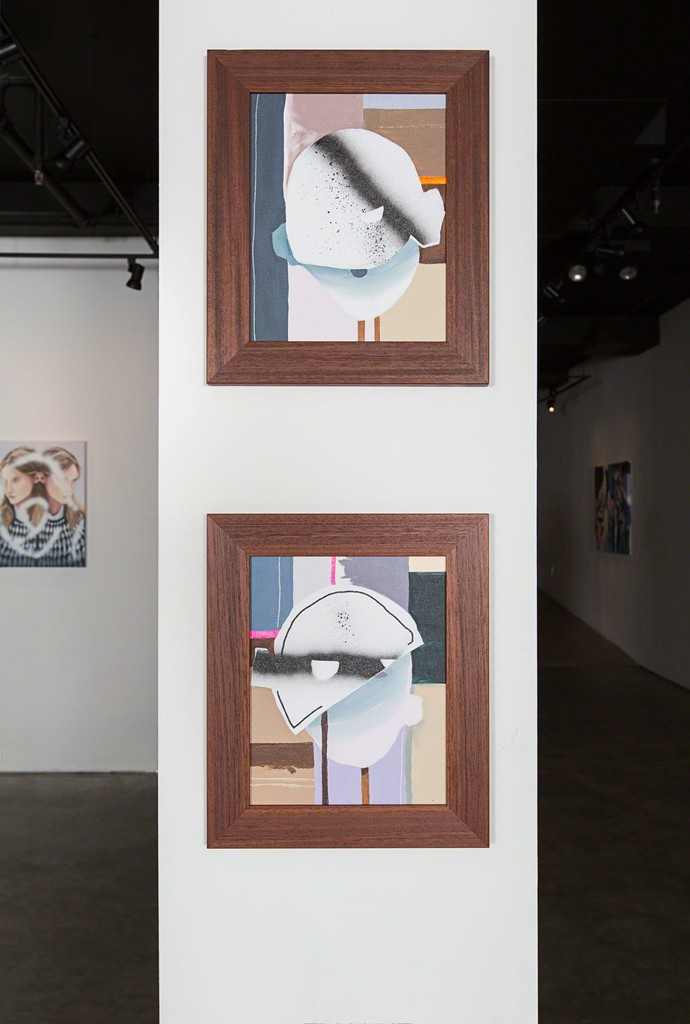 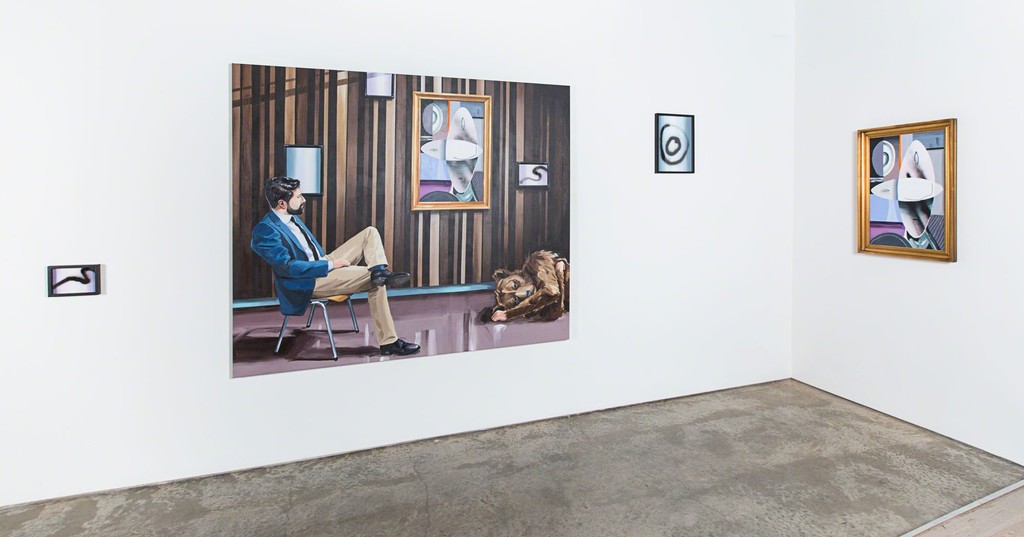 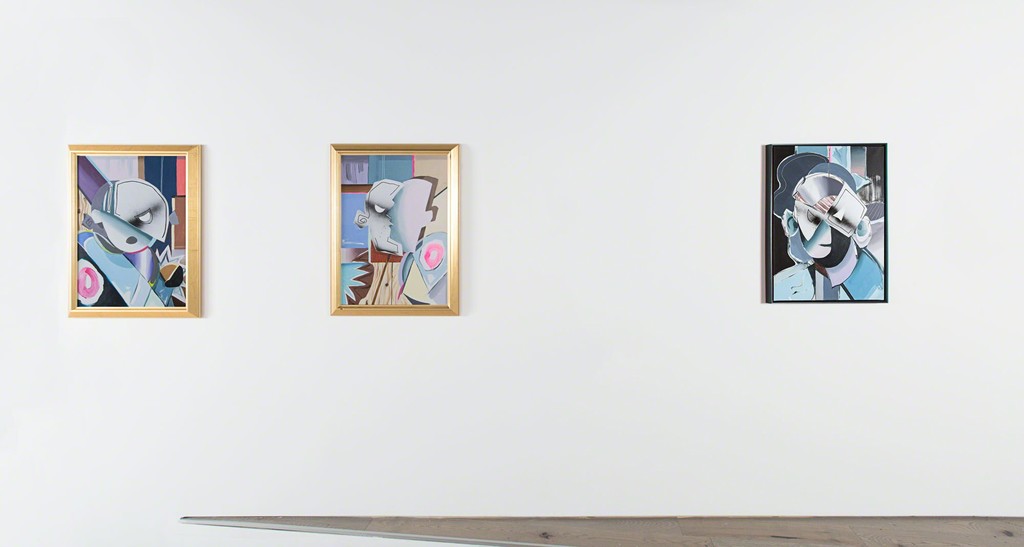 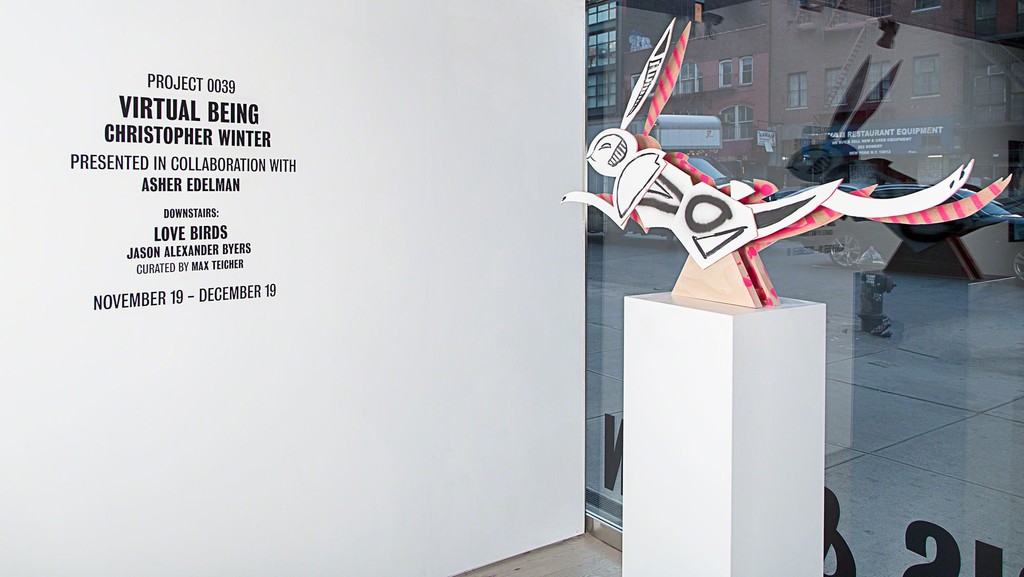 Garis & Hahn is pleased to present the gallery’s first solo exhibition of Berlin based artist, Christopher Winter. Virtual Being will debut 14 new works including mixed media paintings and one sculpture from the artist’s “Speculative Realism” series that raises questions of alternate dimensions and the nature of reality. The gallery will host an opening reception on November 19th from 6 to 8 p.m. at 263 Bowery.

Employing narrative, including characters both fictitious and sourced from his personal life to delve into perceptions of reality, Winter has been long influenced by writers like Haruki Murakami, whose masterwork 1Q84 the artist cites as a primary inspiration in developing the “Speculative Realism” series. Winter translates the fragmented reality of postmodern literature to his canvases by juxtaposing the banal with the surreal, and appropriating a mélange of styles in addition to his usual figurative approach, including abstraction and Cubism. In doing so, he exposes painting as the original virtual reality.

Many of the paintings are presented as an installation; an anchoring scene, such as a home’s interior, is shown alongside two smaller paintings or a sculpture, replicated directly from the original scene (the paintings seen hung on the room’s walls, for instance), cultivating a sensation for the viewer that they are both observing and participating in the paintings. Drawing on a tradition established by the Dutch masters, where a painting within a painting was added to impart nuance and morality, Winter extrapolates on this device to add a physical dimension, moving beyond the individual canvas’ plane and breaking what in theatrical terms would be referred to as the “fourth wall” (the liminal realm between the stage and audience).

The works in Virtual Being address physical dimension and the nature of reality through the medium itself, demonstrating painting’s ability to remain relevant, even as contemporary concepts, such as an expanding universe or alternate dimensions, alter modern mankind’s understanding of the inherent state of reality and its malleability. An artist known for experimenting and adopting numerous styles over his career, Winter strives for plural artistic identities to communicate the multitude of realities that inhabit any one being.

Born 1968 in Kent, England, Winter lives and works in Berlin. He received a BA with Honors from Camberwell School of Art in London and completed his postgraduate work at Kunstakademie Düsseldorf. He has shown in numerous solo and group exhibitions in New York, London, Paris, Berlin and across Germany. His work is held in public collections including, Vassar College, The Frances Lehman Loeb Art Center, and private collections including, Krystyna Gmurzynska, the Rothschilds and the Borghese.