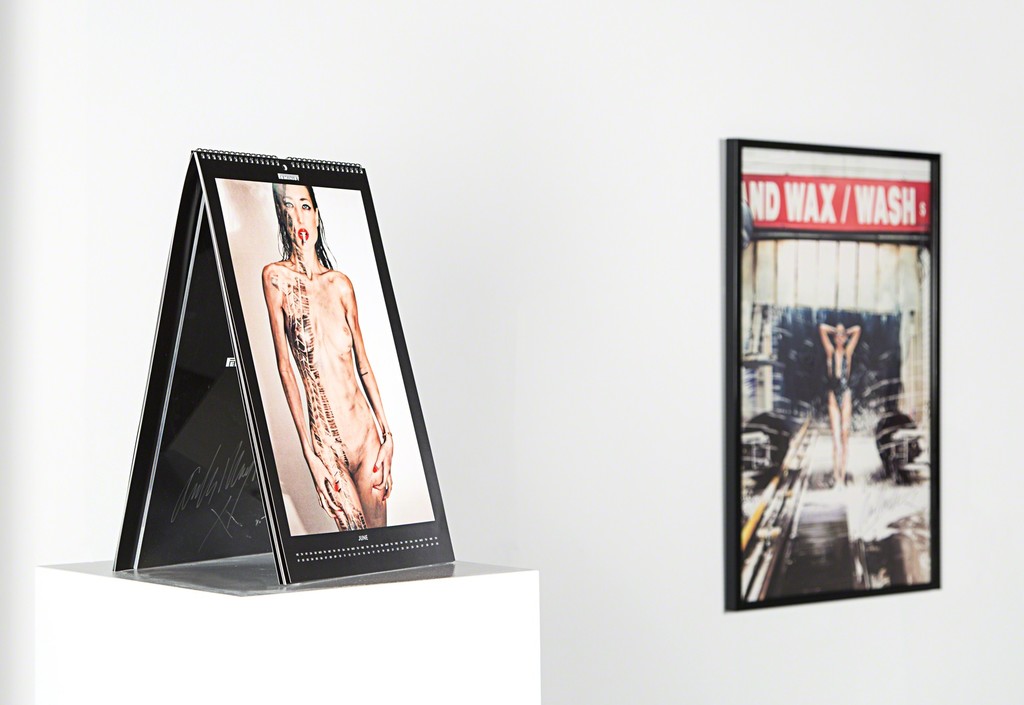 Garis & Hahn is pleased to present The Feminist Calendar 2016, a series of new photography work by Andrea Mary Marshall. This latest series of work by the New York based artist consists of 24 exclusive images produced in a double sided calendar that enters the dialogue about the highly coveted Pirelli calendar. The limited edition calendars will be exhibited alongside large format photographs. The gallery will host an opening reception on October 15th from 6 to 8 p.m. at 263 Bowery.

Since 1964, the Italian-based tire company, Pirelli & C. SpA (“Pirelli”) has photographed some of the world’s most beautiful, celebrated models for its annual limited edition pin-up calendar. Pirelli’s calendar, widely known by the mononym the “Cal,” began as a highly exclusive corporate gift for the company’s VIP clients. Over the last half century, however, it has become a benchmark for popular western culture and beauty.

Andrea Mary Marshall engages with the Cal in her own calendar project “The Femme” that features twelve sexually explicit, highly stylized self-portraits along with twelve fully clothed, modest self-portraits. Side one of Marshall’s double-sided calendar embraces sex, power, and consumerism, while side two strips away the superficial adornments of traditional female beauty in favor of a more raw, barefaced femininity. For each portrait, Marshall serves as both photographer and model, subject and object. In this way, she explores self-objectification as an act of empowerment and proposes that women can celebrate their bodies, their sexuality, and their agency at the same time.

Just this month, Pirelli announced a new direction for their 2016 calendar, which will be shot by Annie Leibovitz, starring a diverse range of celebrity women famous for attributes other than their physicality. The coincidental timing of the release of Marshall’s The Feminist Calendar 2016 alongside the release of Pirelli’s updated format presents what could be a watershed year for antiquated notions of commercialized female sexuality.