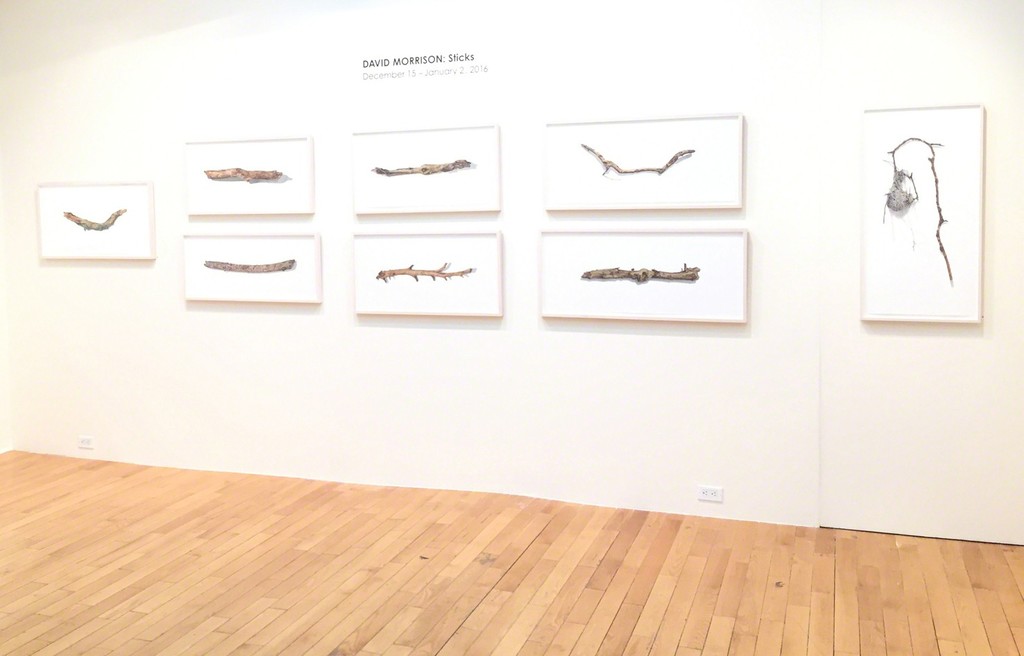 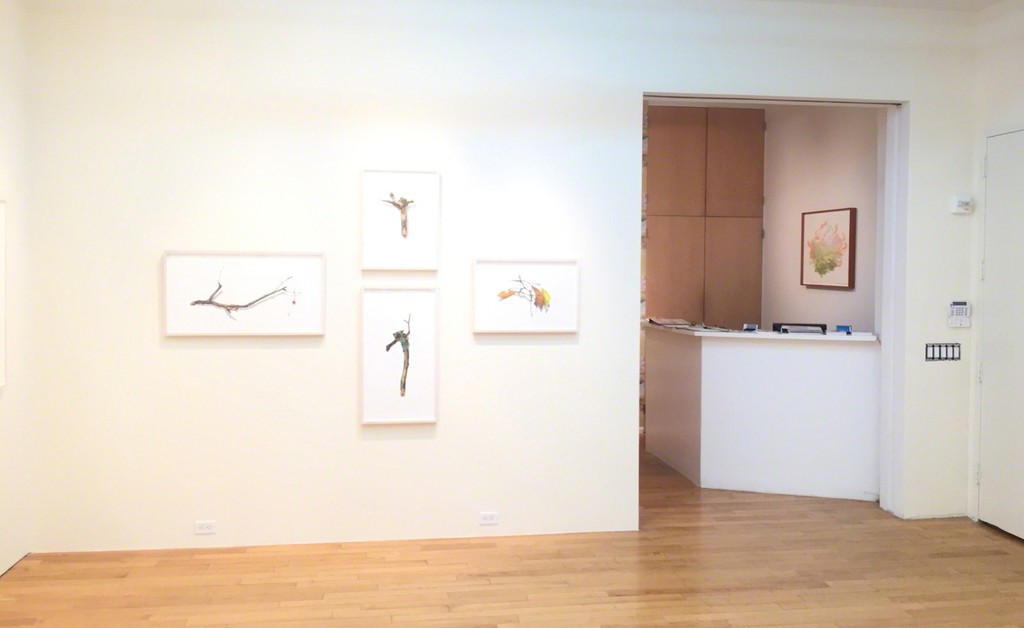 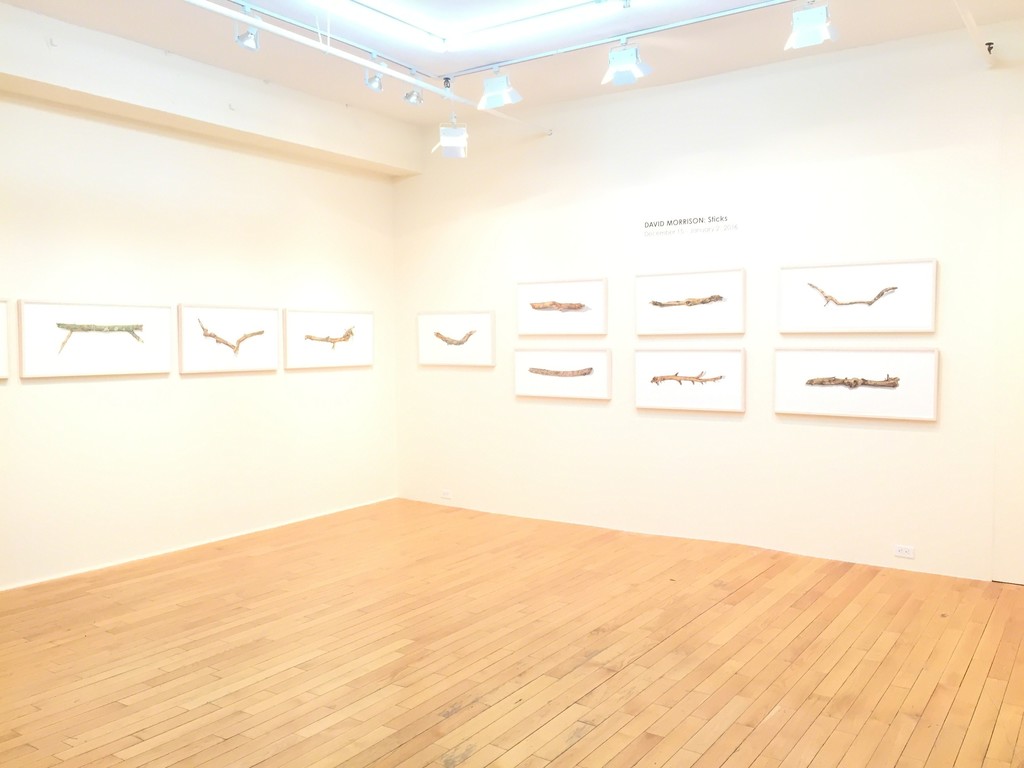 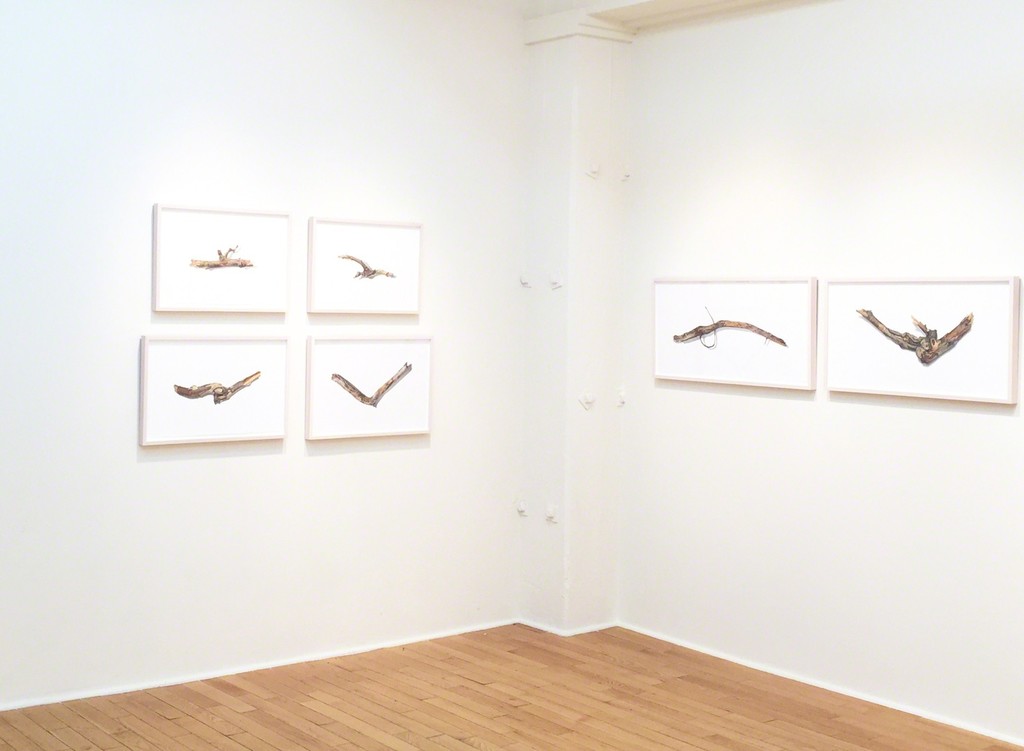 The Opening Reception will take place on Thursday, December 17, 6-8pm. The artist will be present. The exhibition will run through January 2, 2016.

ABOUT THE SHOW
David Morrison’s drawings capture organic degeneration, echoing the living conditions of human beings. Morrison is interested in capturing the reality of existence, with its imperfections, fragility and grit -- distinctly different from that of idealized nature found in traditional botanical illustrations. In the finished drawings, the branches and twigs are isolated on a pristine white background, devoid of all distraction of other plant materials. Through Morrison’s examination of a simple scarified piece of wood, the viewer is invited to reexamine the realities of the natural world, and to re-think traditional definitions of beauty.
Morrison is inspired by the intricacy of texture and subtlety of color to be found in the never-ending diversity of our environment. Seduced by the natural designs and patterns left from scarification, disease, infestation, decomposition and storm damage, the layers of bark found on simple twigs and sticks become his microcosm. Morrison’s exploration of these tree vestiges reveals a world of possibilities in color, light, texture and shadow. A master draftsman, he uses his skills in a way that transcends mere technique. The detail is beyond what a naked eye would ever see, and much is from his imagination – or, as he puts it, a bug’s perspective. Like bones or shells, these sticks also act as iconic vanitas devices, reminding us of our own mortality and temporal existence.

ABOUT THE ARTIST
David Morrison was born in Indianapolis, Indiana in 1956 and received his MFA in Printmaking from the University of Wisconsin-Madison in 1985. His colored pencil drawings are often nature-based, presenting iconic, humble subjects with a quiet focus that is belied by the intensely rendered, almost microscopic details that appear upon close inspection.
Morrison has exhibited widely, and his work is included in numerous public collections including The Whitney Museum of American Art, The New-York Historical Society, The Corcoran Gallery of Art, The Smithsonian American Art Museum, The Nelson-Atkins Museum of Art, and the Portland Art Museum to name a few. This is his second solo exhibition in New York, and his third solo exhibition with Garvey|Simon. A visiting lecturer and guest artist at numerous universities, Morrison is very involved in the world of printmaking, specifically stone lithography, and he is the Professor of Printmaking at Herron School of Art and Design, Indianapolis.

ABOUT GARVEY | SIMON ART ACCESS
Garvey|Simon is a contemporary art gallery with a special focus on drawing, works-on-paper, unusual materials and design. Our art advisory service, founded in 1999 by Elizabeth K. Garvey, specializes in American, Modern, and Contemporary Art.
For more information about each artist or high-resolution images, please contact Elizabeth Garvey at 917-796