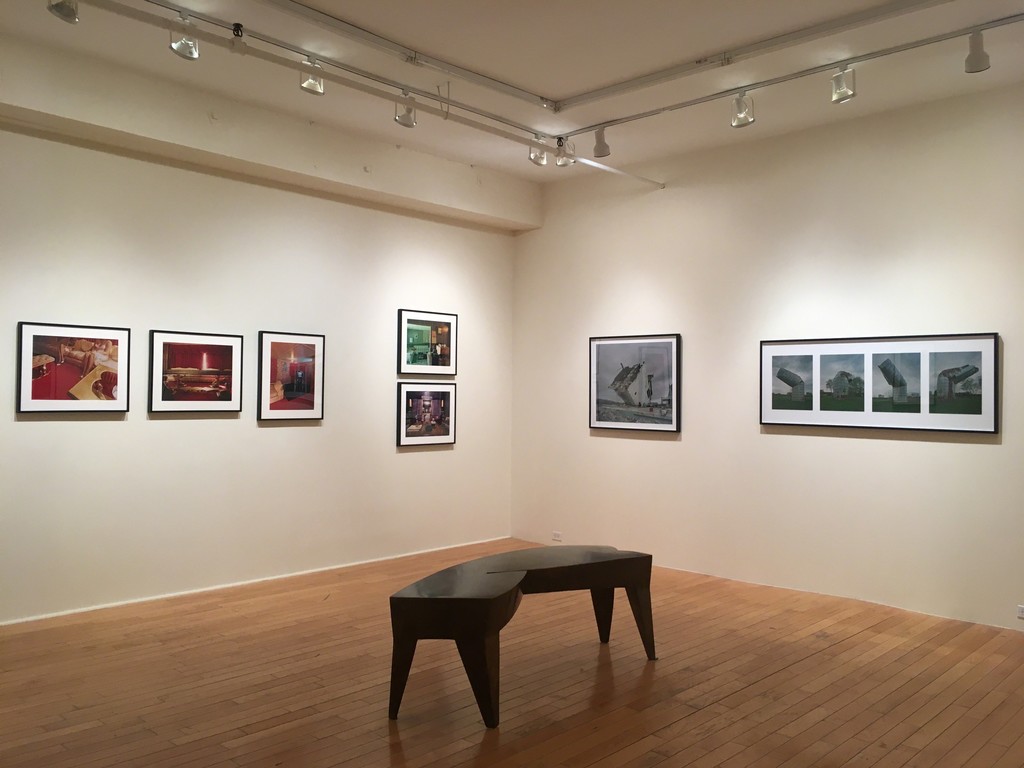 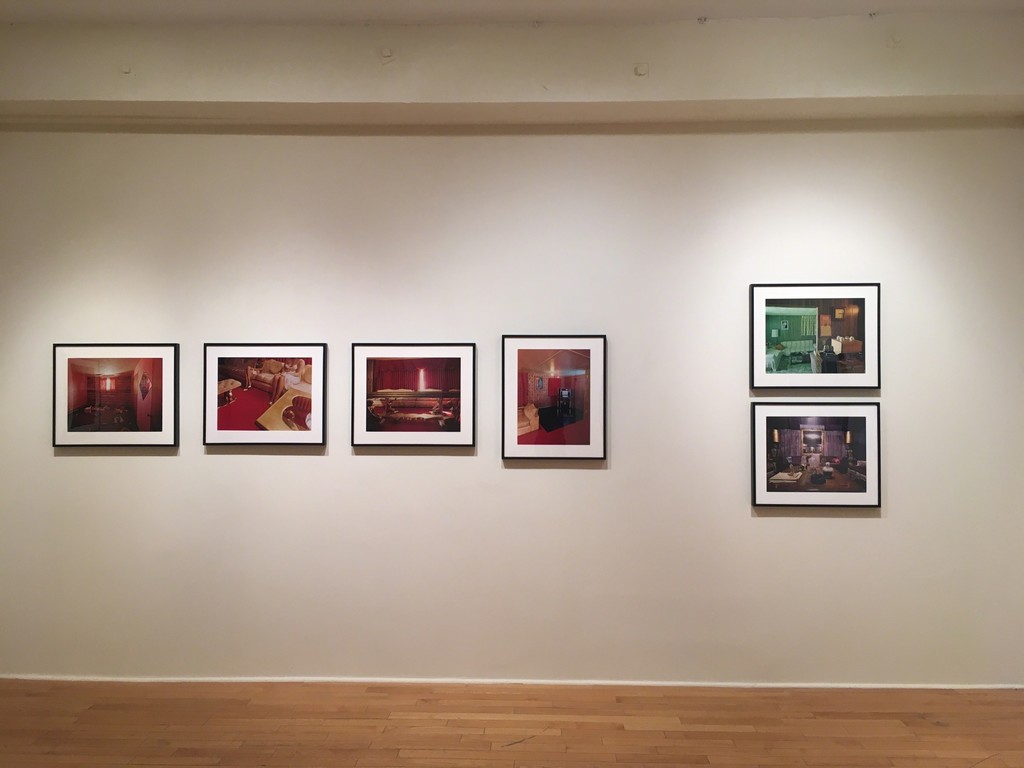 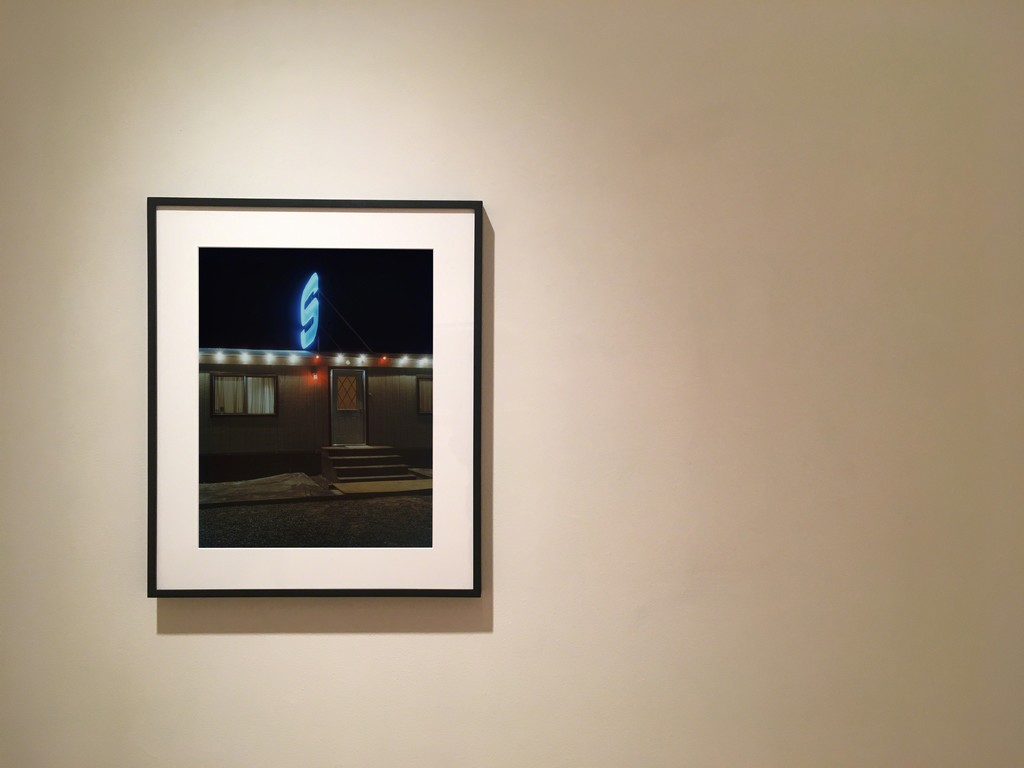 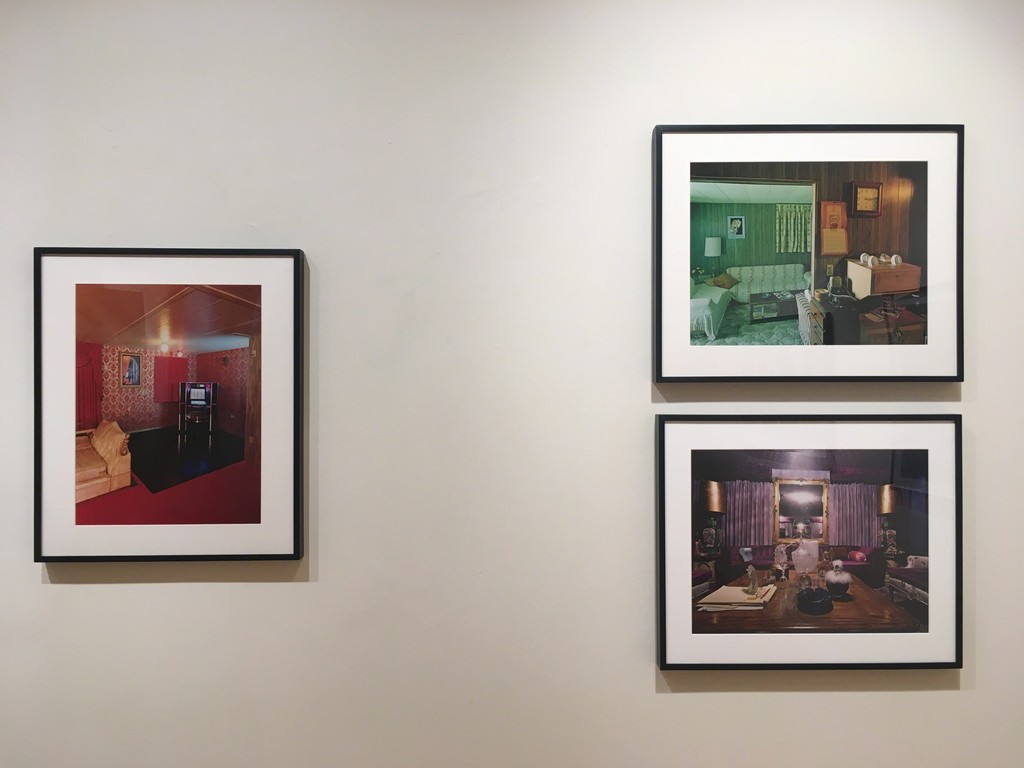 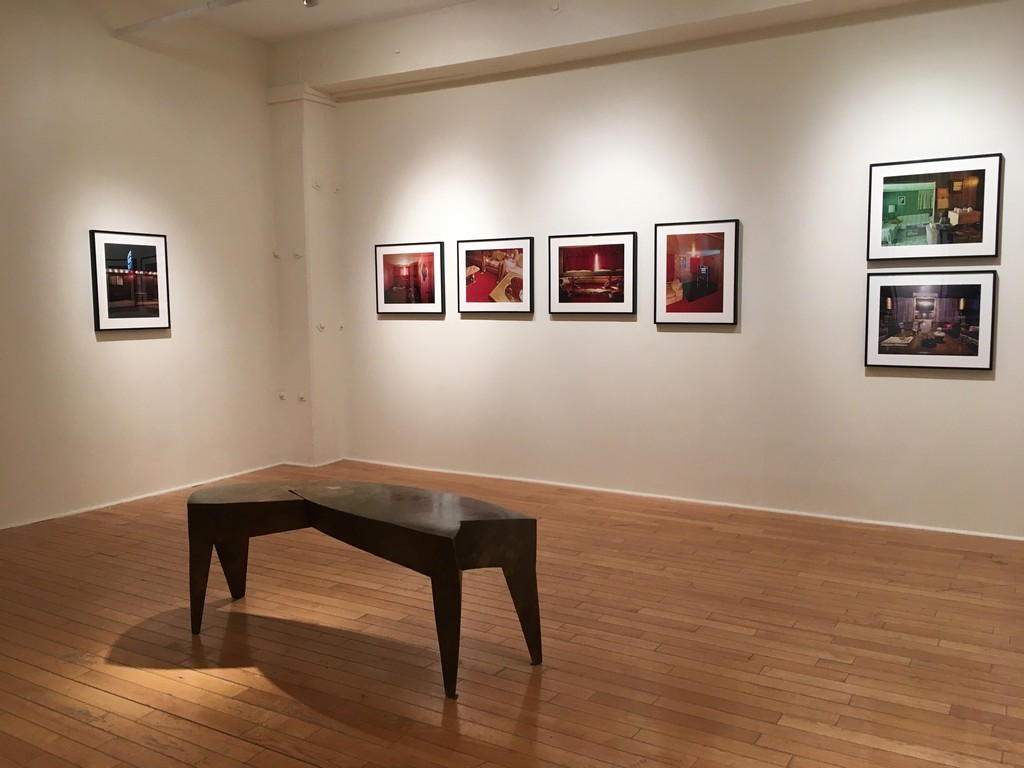 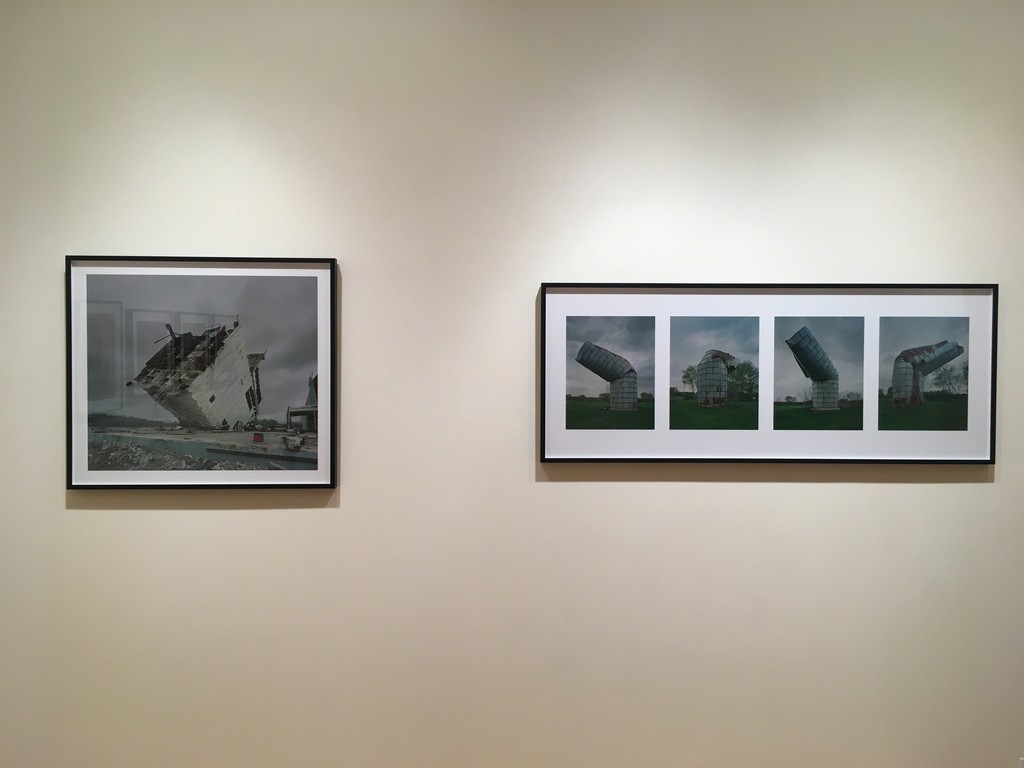 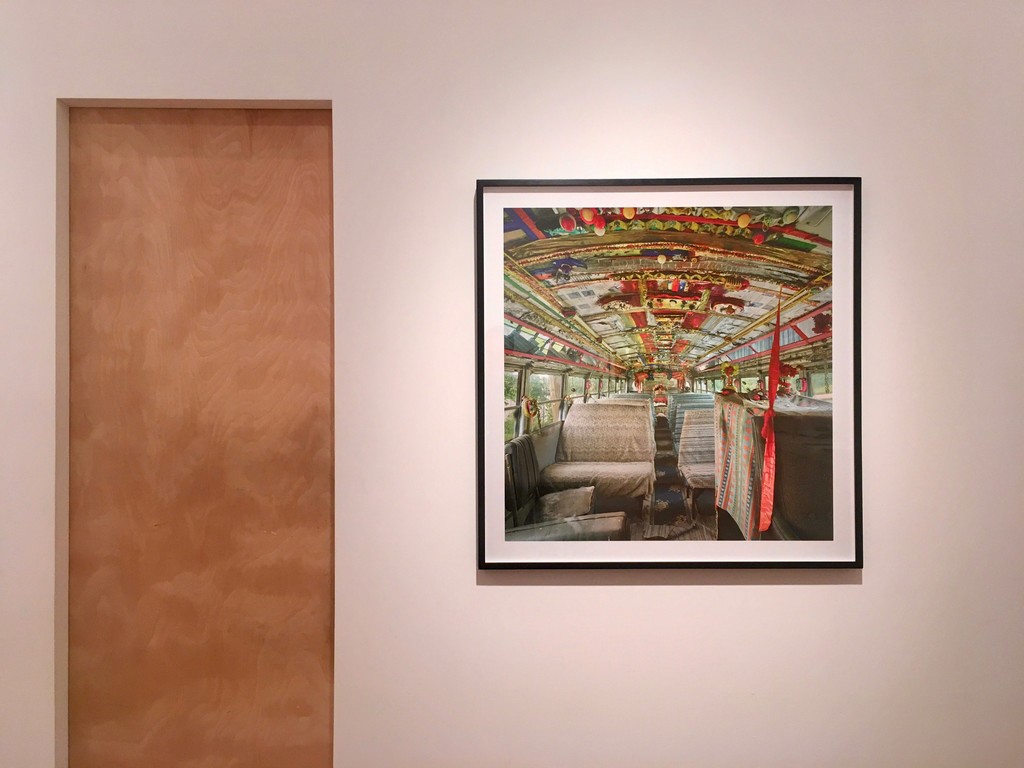 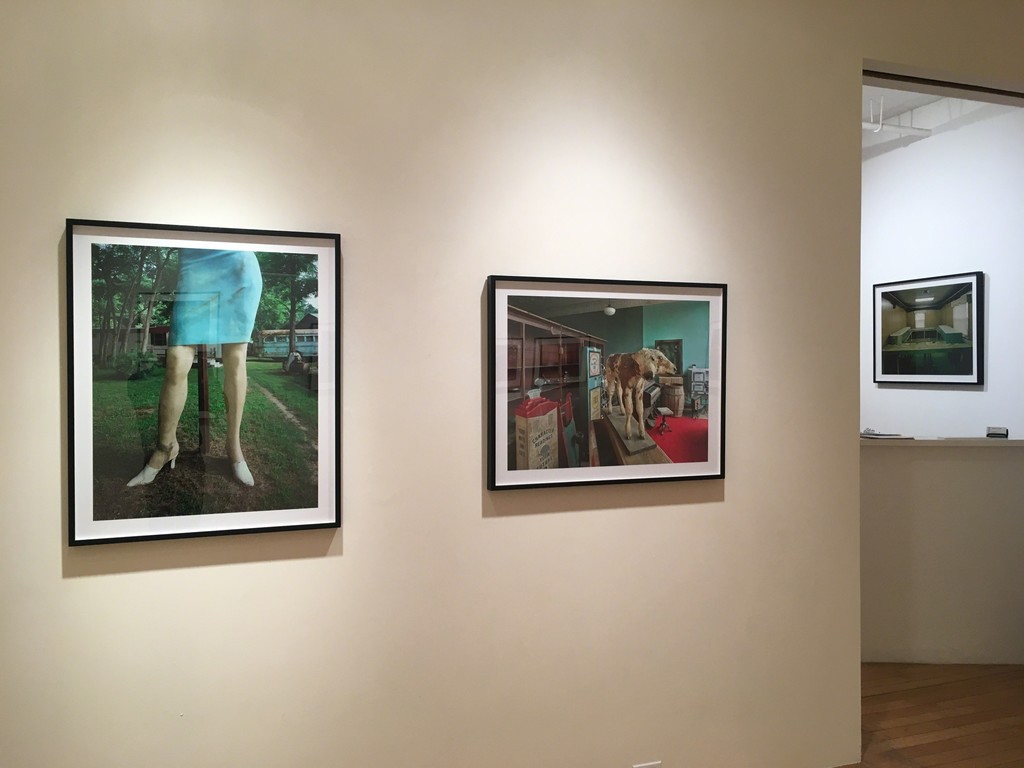 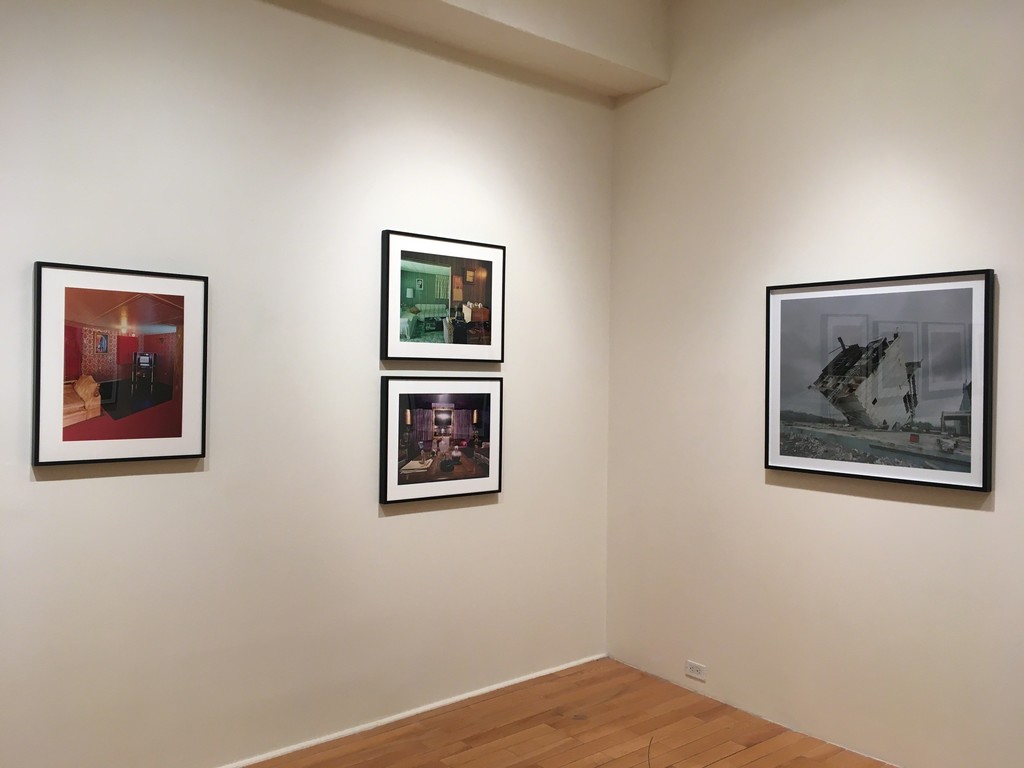 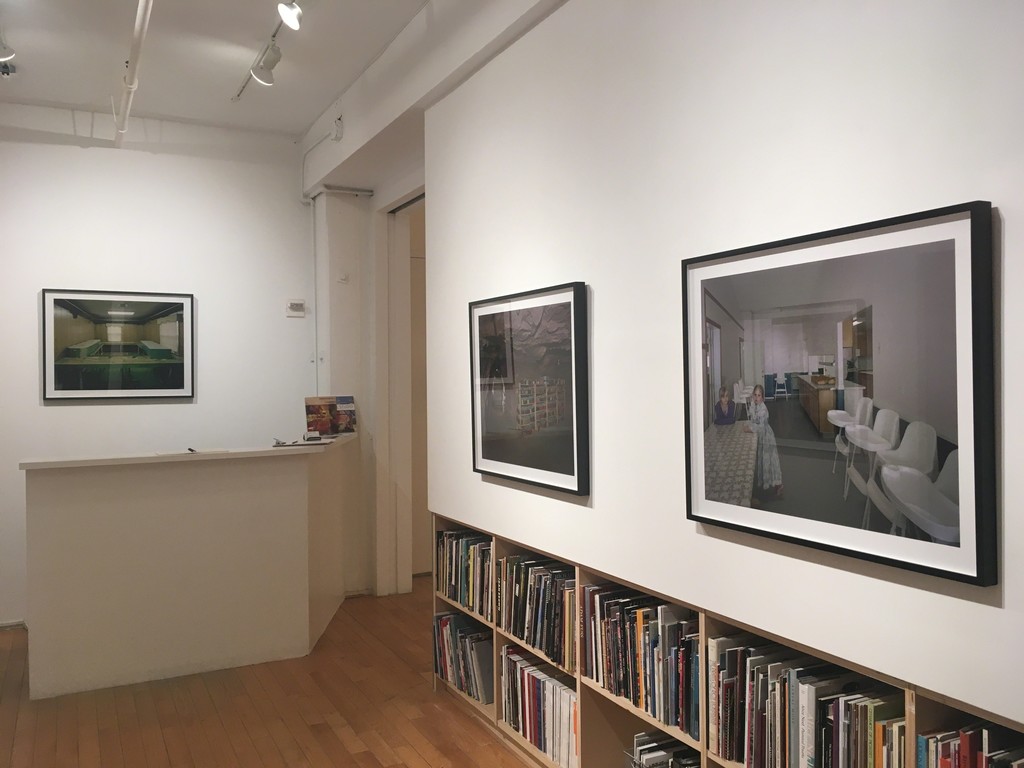 Garvey|Simon is pleased to present Timothy Hursley: Tainted Lens, an exhibition of the fine art works of this sought-after architectural photographer. His body of commissioned work includes Philip Johnson’s AT&T building; Yoshio Taniguchi’s MoMA; Frank Gehry’s Guggenheim museum in Bilbao, Spain as well as his California Aerospace Museum; and both I.M. Pei’s Rock and Roll Hall of Fame in Cleveland and his Miho Museum in Shigaraki, Japan. More recently he has been engaged by virtuosos such as Moshe Safdie and Marlon Blackwell. But it is the work that Hursley does in between assignments, while roaming around cities and more frequently on long drives throughout the rural south and other parts of the country, that Garvey|Simon is highlighting. With a few exceptions, the works on view have been neither previously exhibited nor published.
The selections have been culled from several series born of Hursley’s ramblings, including his photographs of the brothels of Nevada – the subject of a book published in 2003 by Princeton Architectural Press, as well as an exhibition in 1990 at the OK Harris Gallery in New York—the first and only time until now that his work has been exhibited in a gallery. These gentle narratives, in which the women are notably absent, bear no hint of judgment. “The photographs are stronger without people,” Hursley said. “They are like footprints of a subculture.” In Desert Dollhouse, a partial view of a bedroom dimly lit with a greenish glow is offset by a group of ordinary kitchen timers atop a utility cabinet outside the room, at once a reminder of both the unique nature of the business at hand, and its role as ordinary commerce. When Hursley stumbled upon another brothel, Bobbie’s Buckeye Bar, the owner would not let him in. Left to contemplate the outside, Hursley found a composition in which the running white fence symbolized customers entering the pink brothel and “then coming out tainted red,” he explained.
Again out west, this time in Utah as the trial had just begun for convicted felon Warren Jeffs, the former leader of the Fundamentalist Church of Jesus Christ of Latter-Day Saints (FLDS), Hursley found himself wondering what the architecture of polygamy looks like. An apostate brought Hursley to the FLDS cave in Hildale, Utah, a stronghold of polygamy, where he photographed the eerie interior and a new series was launched.
A quad of photos and a time lapse video of a dilapidated silo in Hale County, Alabama are the subject of the Oxford America video, SoLost: The Beauty of a Broken Silo. Photographed from different angles, the bent and rusted structure radiates a heartrending anthropomorphism.
Hale County looms large in Hursley’s career as the site of an earlier series of photographs for Auburn University’s Rural Studio, an ongoing project founded in 1993 by architecture professors Samuel Mockbee and D.K. Ruth in which students design and build homes for an underserved population. Hursley is the ongoing project’s photographer of record. His work for the project is the subject of three books, also published by Princeton Architectural Press, the latest being Rural Studio at Twenty (2014).
Closer to his home in Little Rock, Arkansas, Hursley stumbled upon two beaten up white hearses that triggered a new fascination with rundown funeral homes that dot the rural landscapes of the deep south. In one curiously intriguing image, Train Ride-Vicksburg, Mississippi, 2014/2016, two coffins sit on either side of a nearly room-size toy train track. For Hursley, the scene – odd, yet ordinary, is an analogy of the human condition – traveling through life to our inexorable ends.
And perhaps most curious for an artist attracted to scenes of obscurity, are his series of photographs of the legendary Andy Warhol’s last factory in the early 1980’s. The studio spaces were still raw at the time recalls Hursley: “There was a lot of junk around so I decided to roam around the space and start documenting what was there.” Eventually Hursley enticed Warhol to come down to the cavernous space where he snapped an extraordinary photo in which a blue jeans and black turtleneck clad Warhol stands against the abstract geometry of the white space illuminated by a distant doorway awash in an industrial shade of green. Later, following Warhol’s death, Hursley shot photos in the artist’s townhouse while his belongings were being readied for auction at Sotheby’s. Amidst the strewn cartons was one that contained a haphazard mix of mail, fabric and magazines of no particular interest except one item – one of Warhol’s wigs – indiscriminately tossed on top of the jumble. Hursley’s still life of sorts, Warhol Wig, 1987/1992 disarms in its juxtaposition of the symbol of eccentric counterculture and quotidian detritus.