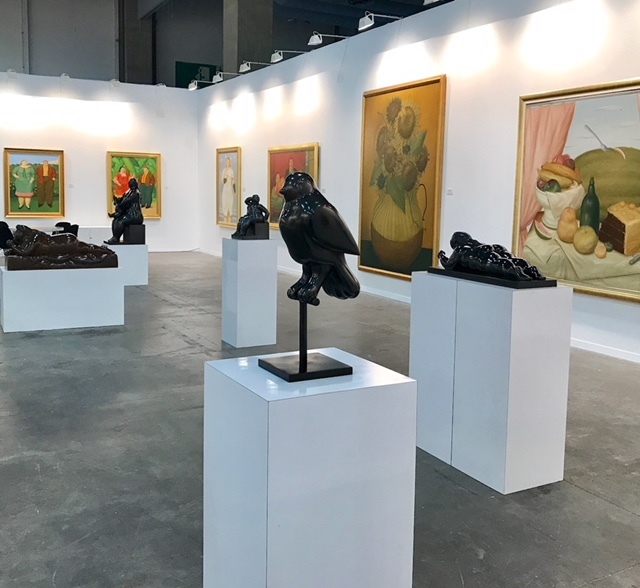 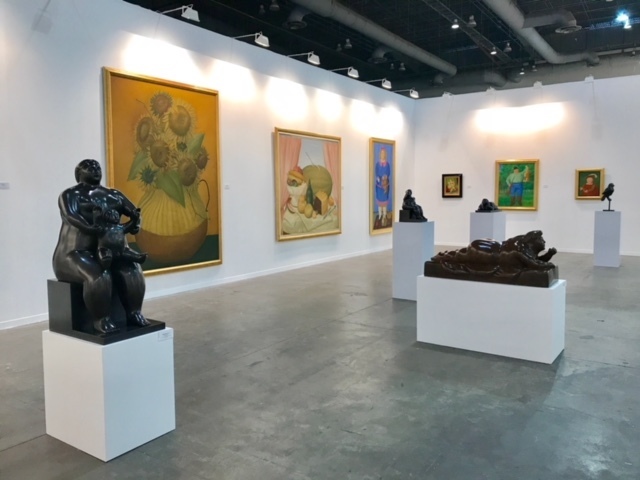 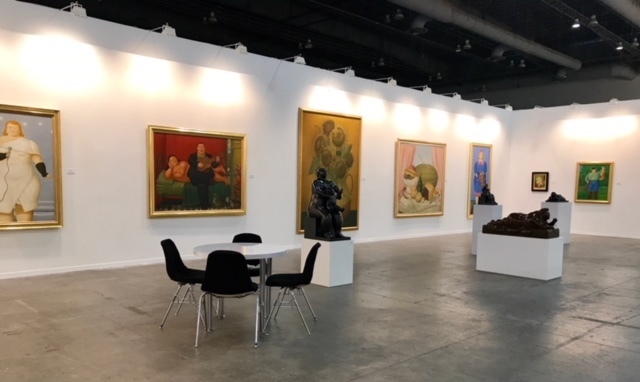 Fernando Botero One Man Show is intended to showcase Botero’s different subject matters by putting together a selection of major pieces which are representative of his oeuvre over the last six decades, such as the circus personages, bullfighting, life in Latin America and its people as well as adaptations of the work of art history masters.

While coming across to this outstanding selection of paintings from diverse moments of Botero’s career are perceptible his approaches and variations to colors and luminosity through the years, particularly from the 60s and early 70s works, where the palette is less brilliant as a reminiscence of the impromptus of Spanish masters Goya, Murillo, Velazquez. Mainly, in the works about circus people and life in Latin American, colors are vibrant and full of intense luminosity.

Botero’s narratives go beyond the represented object; a single image is full of connotations and it may take us to a vast and unique universe of experiences. Botero focuses his representation in iconic domestic figures, urban and rural spaces, individual and social events, exceeding the boundaries of his natal Colombia to discourse about universal matters such as religion, military power, love, happiness, and filial relations and affections.

The sculpture is also an essential part of Botero’s body of work; some of them are worldwide recognized. “Male Torso”, taking part in this show, it has been exhibited in more than 20 important cities worldwide since 1992 such as Paris, New York, Chicago, Buenos Aires, Madrid, Jerusalem, Washington D.C., Florence, Singapore, and Venice. Botero’s sculpture is very tactile, inspiring receptors to interact with the pieces by touching and discovering every single part of their structure: dancers, nude woman, animals, they all created a sensorial attraction – pleasure that allows us to build our own experience and idea of every individual piece leading to an understating of the artist’s true aesthetical intentions.