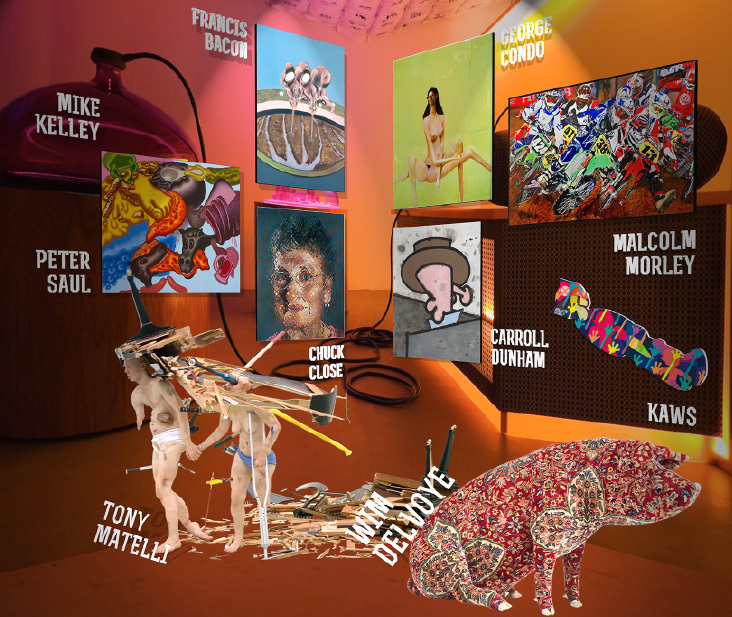 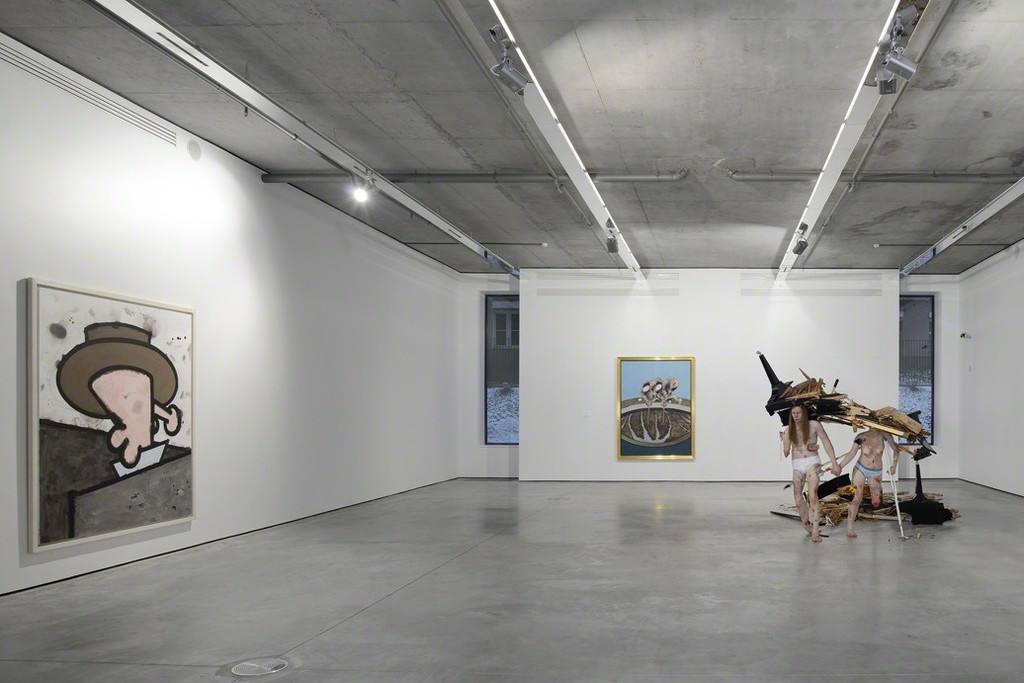 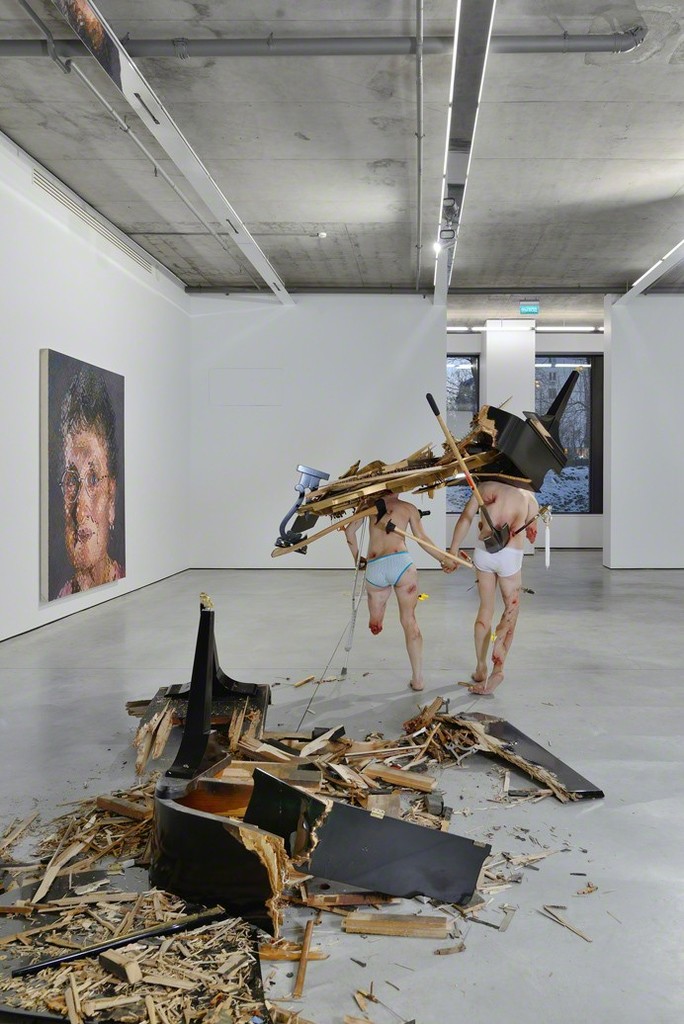 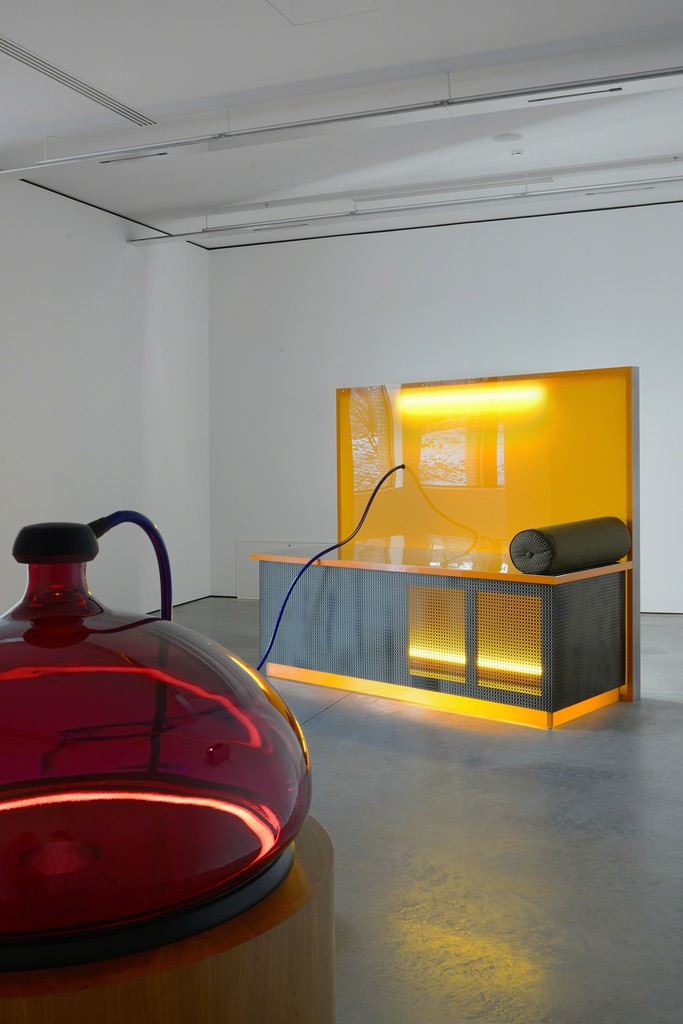 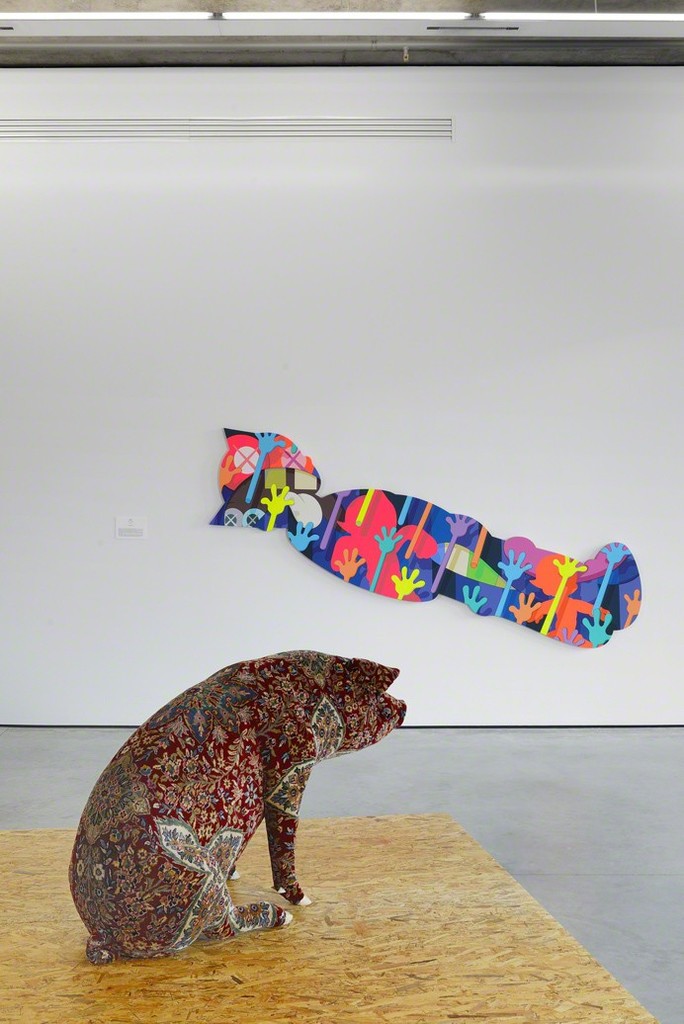 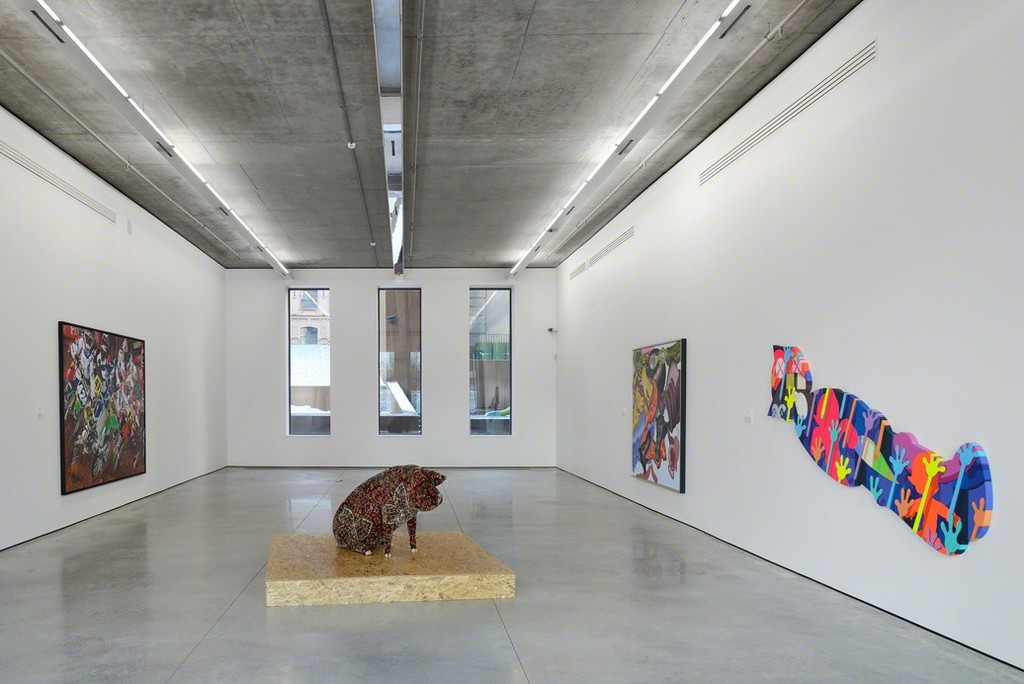 "I think that man now realizes that he is an accident," says artist, Francis Bacon, in a discussion with his trusted interviewer, critic David Sylvester, "that he is a completely futile being, that he has to play out the game without reason. I think that, even when Velasquez was painting, even when Rembrandt was painting, in a peculiar way, they were still, whatever their attitude to life, slightly conditioned by certain types of religious possibilities, which man now, you could say, has had completely cancelled out for him."
The first painting in the exhibition, "Mutated Reality", is Bacon's "Two Men Working In A Field" (1971), which speaks directly to this idea: the great tradition of landscapes with individual characters, which ended in French painting with the socialist Millet, and in British art - with the pre-Raphaelites, in this instance is devoid of any trace of dignity that a painting could afford its subject. All that remained of man was a piece of meat or, as Brodsky wrote, a "part of speech": everything becomes language and develops according to the laws of language. Art confuses the subject with the predicate and gets lost in the moment when something needs to be expressed triumphantly. Belief in the co-existence of the painting and man in a common dimension ceases.
We, however, still believe in something. For example, we believe in the inevitability of mutations, improvements, and instability since the role of transformations was recognized as a great science. The artists in "Mutated Reality" mix and stir nostalgia for the past with an unappealing present that is ready to burn any flesh to ashes and vice versa, as in Peter Saul's satirical work, "Here Comes The Garbage" (2012). The artists in the group show presented by Gary Tatintsian Gallery, are united, not only by an impressive track record and the quality of their work, but also by their ability to capture in different ways the essence of obvious metamorphoses that have occurred in the past half-century.
In his series "Kandor" (named after the planet where Superman was born), legendary Californian, Mike Kelly, explores contemporary culture's fixation on the fundamentally impossible scenarios of total justice and absolute strength and nobility.
The reverse side of this obsession can be seen in George Condo's painting, "Spiderwoman" (2002), reminiscent of Bosch's nightmares, but standing firm on all its legs in a modern reality. With its self-sufficient female sexuality, it has reserved a place near the entrance to the hell of von Trier's "the Antichrist". The mood is somewhat eased by Chuck Close's portrait ("Shirley", 2007), but even here persistent decorative computer filters transform the human embodiment into a plethora of corpuscles as in Salvador Dali's "Leda Atomica".
An obvious change in orientation, the abolition of the top and bottom, the leading role of terror, and a thirst for new experiences in the creation of art began with the surrealists, the children of the First World War, who, for the first time, were faced with mass destruction and mass culture. The artists of "Mutated Reality" continue Breton, Dali, and Ernst's theme of breaking man down into small pieces, reconstructed not so much anatomically as according to the force of desire, which often seems modern-primitive, like in Carroll Dunham's "Dead Space (Wall)" (2005). In "Not Yet Titled" (2015) American artist, KAWS, begins with graffiti and a sensitive manipulation of commercial street culture, superimposed on images of anthropomorphic fragments from cartoons, like tattoos left on a modern citizen by endless cycle of visual impressions. Adam and Eve in Tony Matelli's "Fucked Couple" (2005-2007) look like flood victims, but in reality they are just exiles from the paradise of everyday life. There is a fine line between a sensible structure of the world and a meaningless ornament, which is demonstrated in British artist Malcolm Morley's "Texas Swing" (2009). A technique that is subject to competitive instinct is easily converted into a painted carpet, where bright coloring is more important than individual expression. Wim Delvoye takes the motif of the carpet even further, making it a sculptural portrait of a pig ("Bidjar", 2011). The artists in "Mutated Reality" make up a continuous helix of DNA, where a carousel of mutations continues its endless rotation.