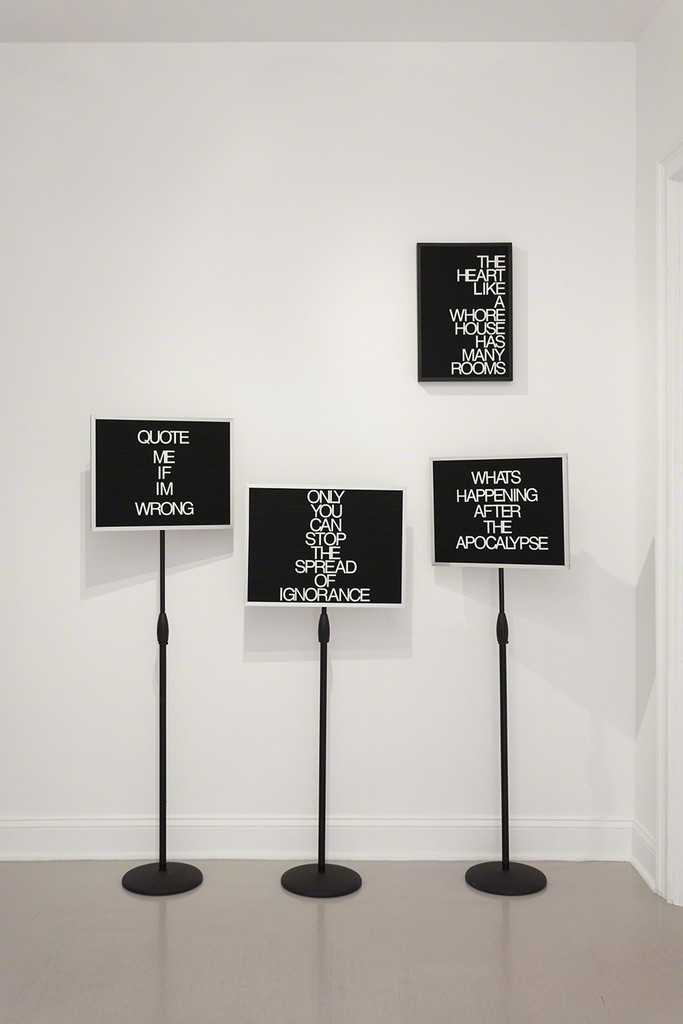 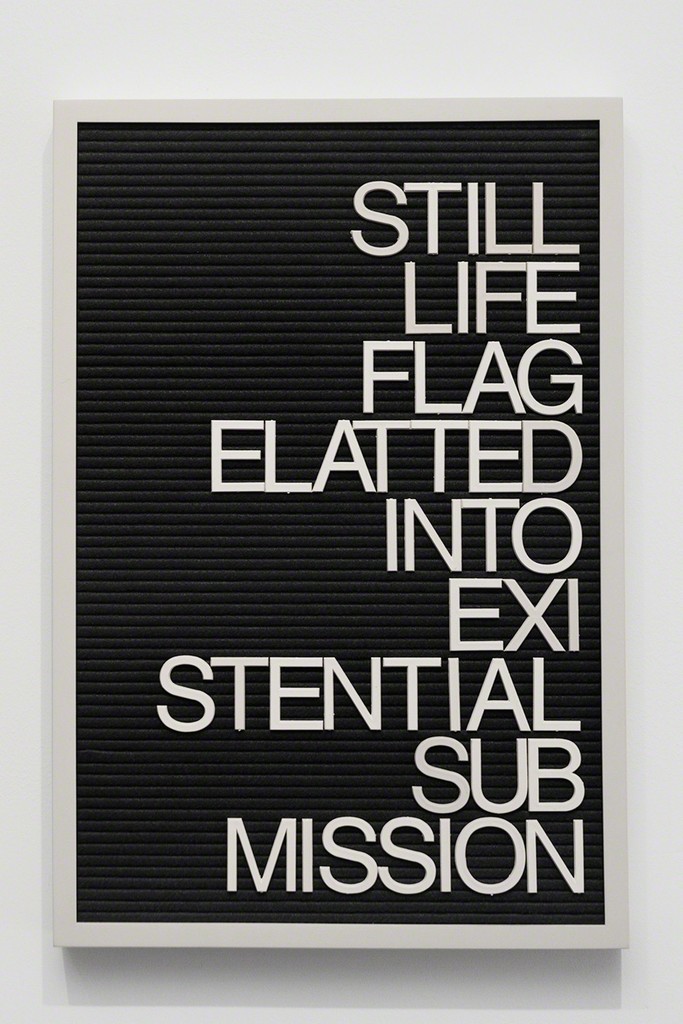 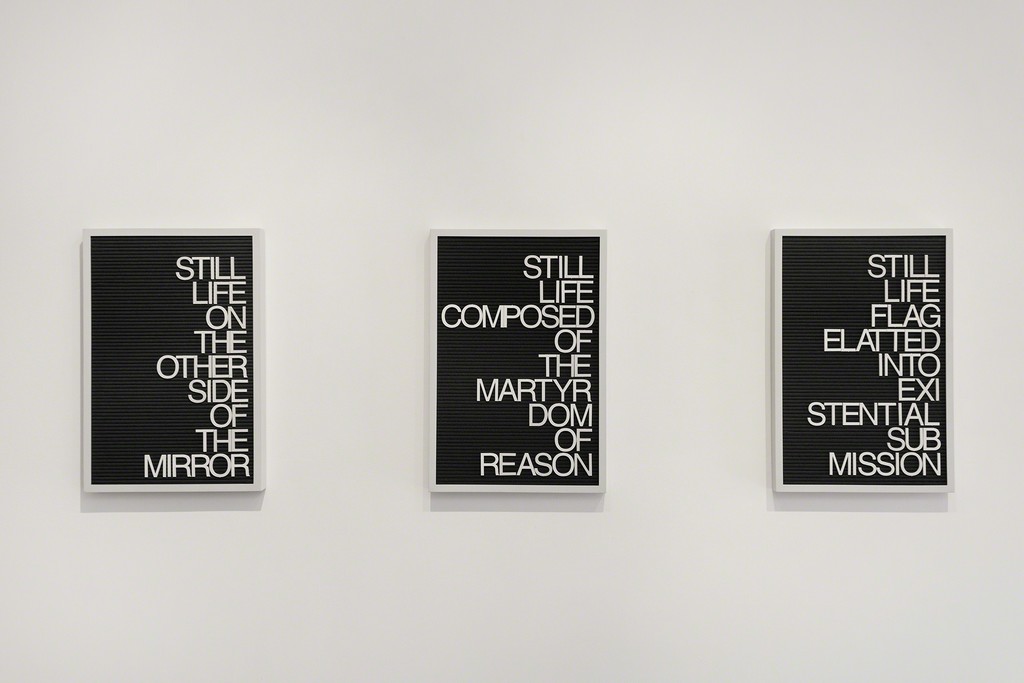 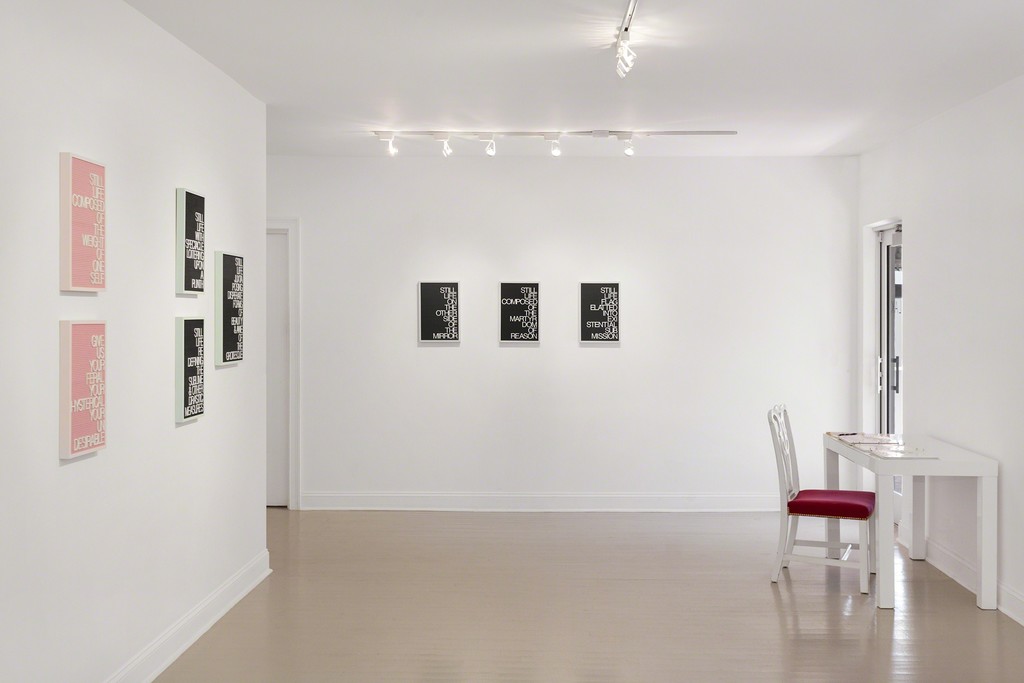 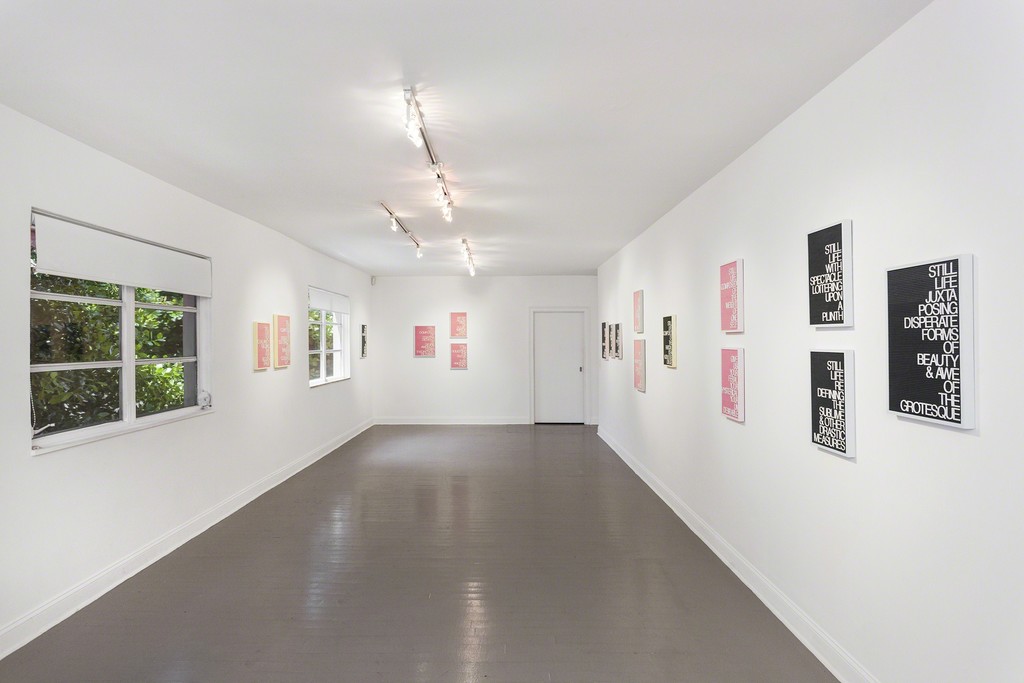 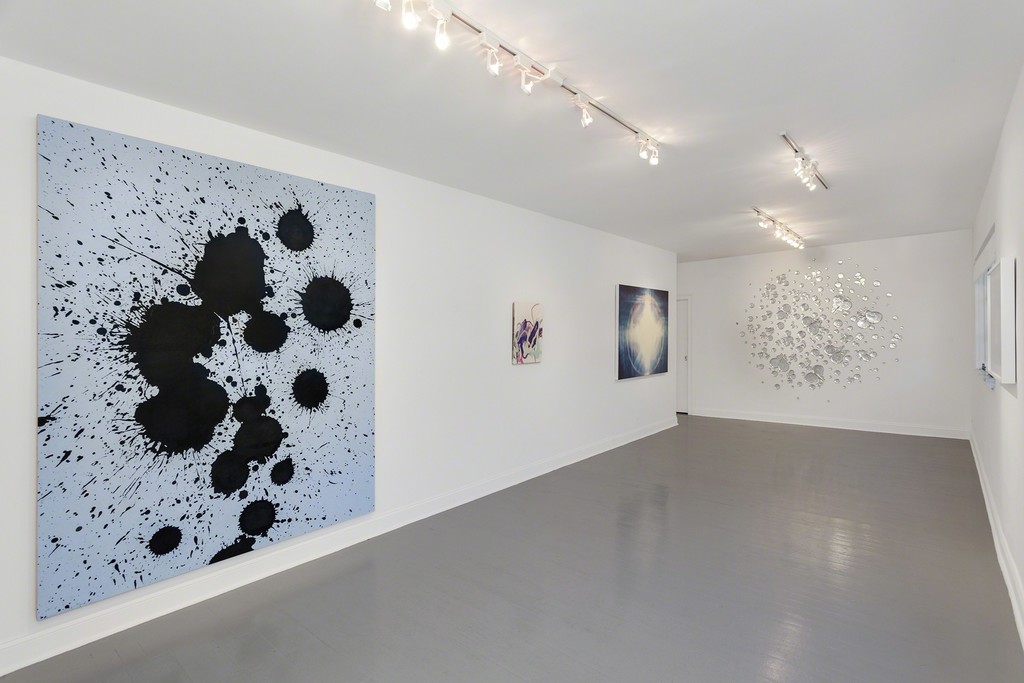 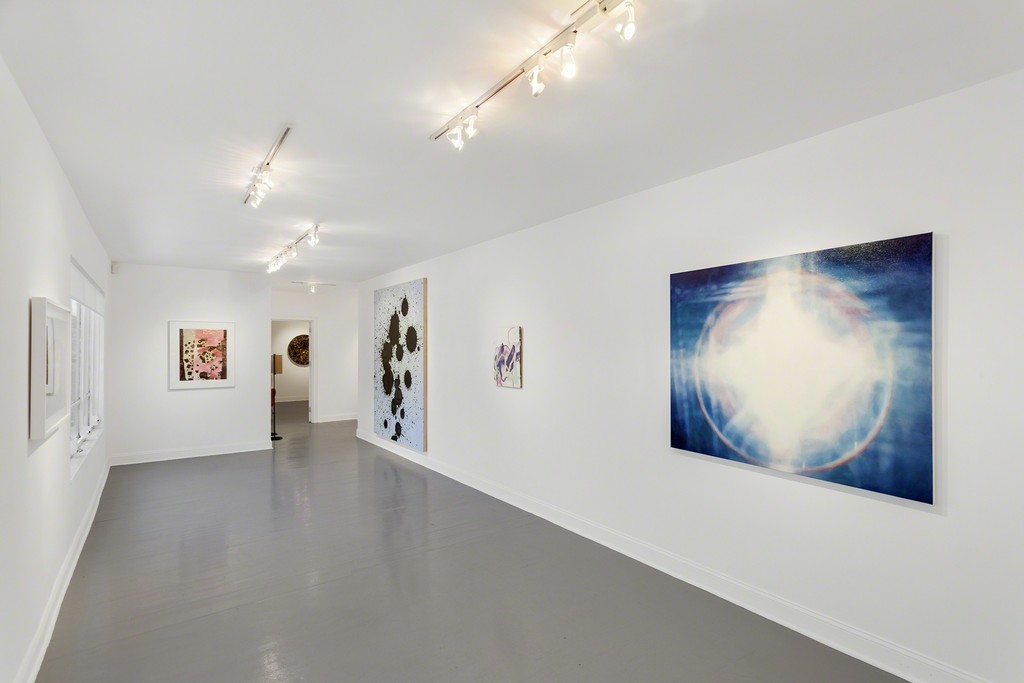 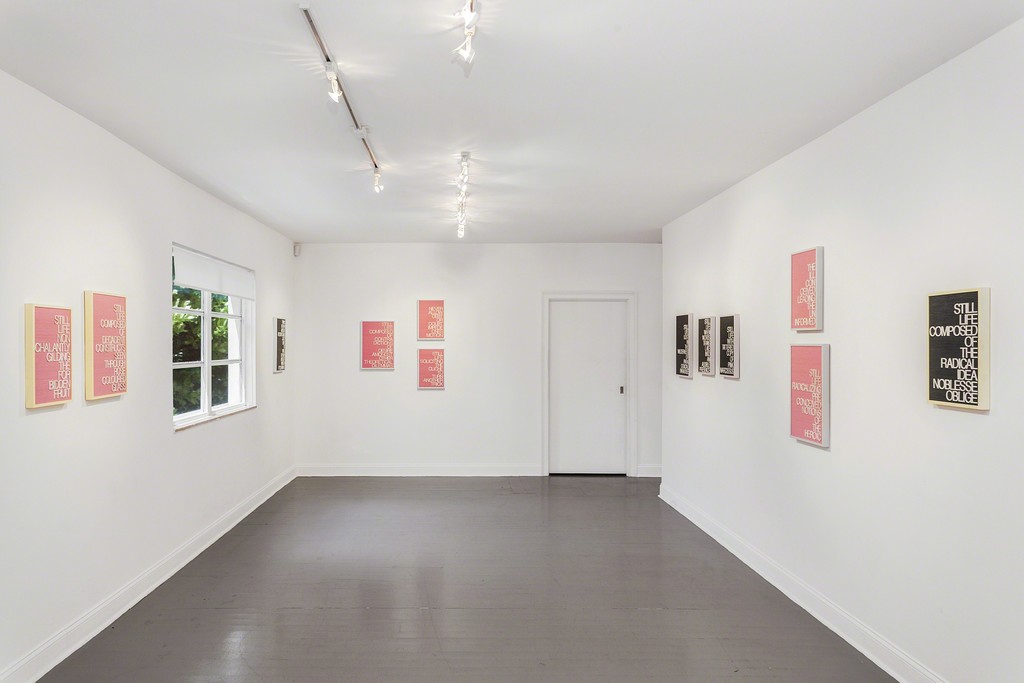 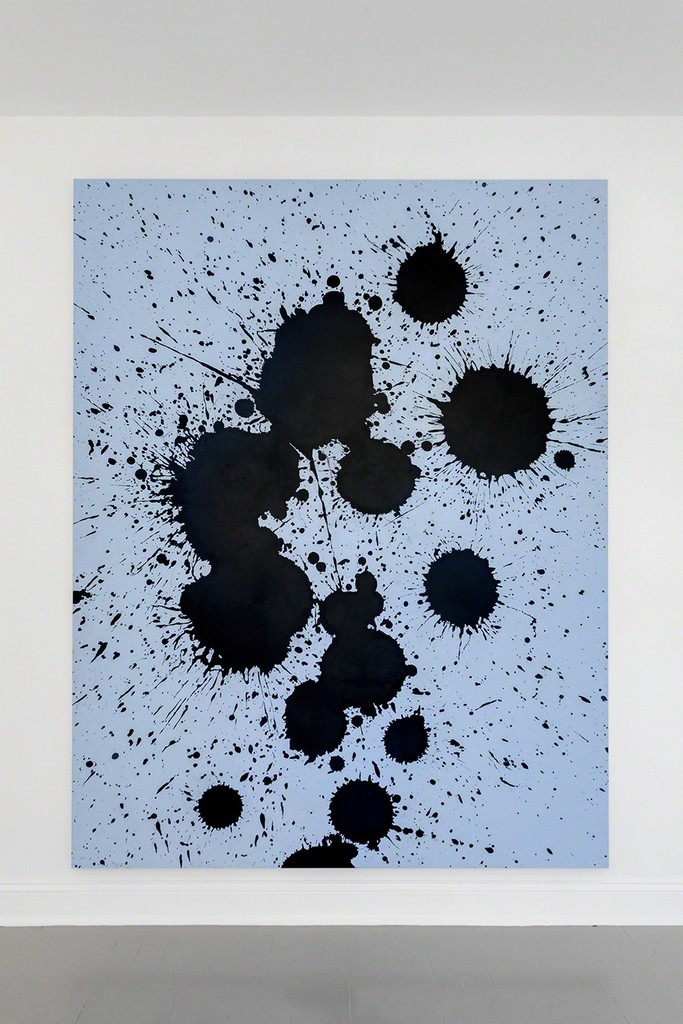 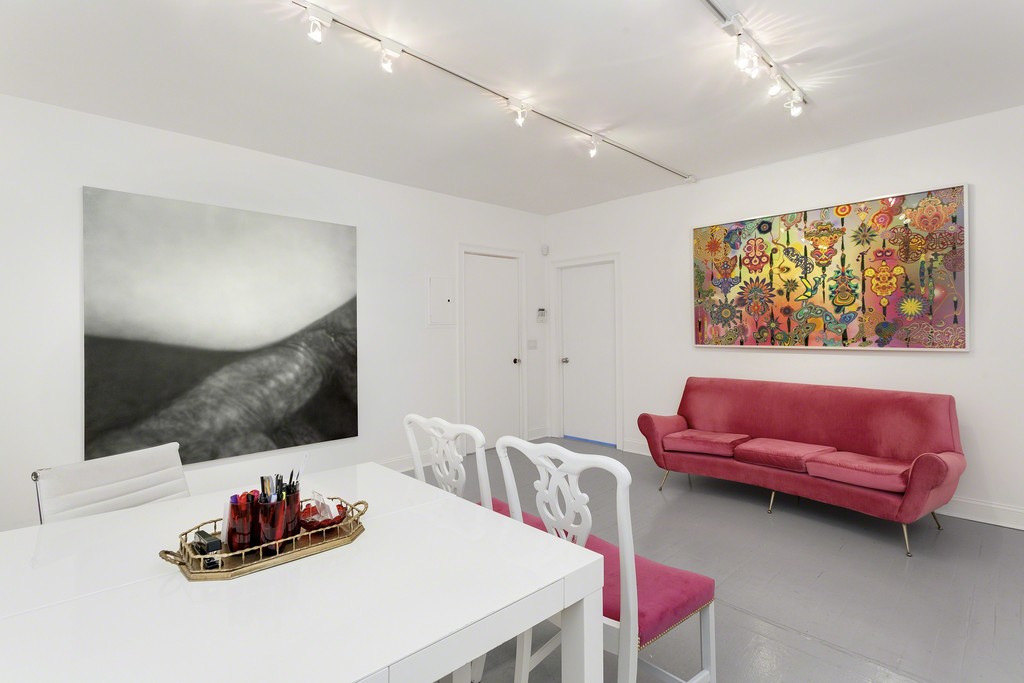 Maynard Monrow
Under the Influence
April 7 – May 27, 2017
Opening Reception  Friday, April 7, 6:00-8:00pm
GAVLAK Palm Beach is pleased to present Under the Influence, an exhibition of recent text works by New York-based artist Maynard Monrow. This is the artist’s first solo exhibition with the gallery.
Since receiving his BFA from California Institute of the Arts in 2001, Monrow has worked with language as his raw material for neon sculpture, two-dimensional works, and a public billboard project. A self-described “bon vivant”, Monrow is very much the conceptual flâneur, observing the world’s ironies and quotidian oddities and presenting these with his own unique flourish. The artist’s Wildean wit is evident in sentiments such as: “I loved you in theory”, “Grant me no liberty with out Libertines” and “Taking refuge in the gilded margins”.
While the sentiments may sound grand, the presentation is wholly pedestrian and banal. Utilizing prefabricated plastic letters; the artist formulates short bon mots on readymade, corrugated felt café boards. These types of common presenta- tion signage may offer the daily specials, the directory in a building lobby, or the schedule of twelve step meetings or other activities in a church basement. Mon- row has taken this existing mode of presenting public information and re-as- signed it to the gallery context with the plastic letters used for the public con- sumption of critical theory and language as contemporary art rather than the soup du jour.
The works in “Under the Influence” are text-based reinventions of the classic still life. In his ever-continuing series, the artist transforms a classical, figurative art form by telling––instead of showing––leaving the viewer to paint their own still life in their mind. The works range from humorous plays on art history, such as “Still Life with things you just don’t understand”, to the serious “still life besieged with the burden of we shall overcome”. Two sizes, 18 x 12 inches and 22 x 15 inches, provide the artist with the physical boundaries to make the works. Similar to min- imalists in the 1960’s, Monrow limits himself with rules: small works can contain nine lines of text, and large works can hold twelve. Portrait orientation forces conscious breaks in long words that cannot fit entirely across one line, and hori- zontal compositions offer something entirely different, so Monrow takes creative liberty to twist language through poetic placement.
While Monrow works within a defined space, his succinct, linguistic gestures form haiku-like apothegms that range in tone from humorous to polemical. The artist considers himself to write fragmented verse, a direct influence from the poet Rene Ricard. Following in a long line of text-based artists that the artist admires, such as Jenny Holzer, Félix González-Torres, and Lawrence Weiner, Monrow ab- stracts language, allowing for individual interpretation.
  
 Also included in Under the Influence is a new series of works with textual content rooted heavily in Monrow’s reaction to the current political climate. In the past, Monrow’s mixed media works have existed in highly formal black and white, but for the first time he will present his newest series in color. “Marshmallow Bunny” pink, “Fountain Sprout” blue, and “Butter” yellow––these confectionary colors of- fer a playful paradox to the subject matter of Monrow’s latest works. In addition, a recent neon work will be included in the exhibition.
Maynard Monrow lives and works in New York. He graduated from California Insti- tute of the Arts in 2001 with a Bachelor of Fine Arts. His work has been exhibited at numerous institutions and galleries including the Art and Culture Center, Holly- wood, FL (2016); Booth Gallery, New York, NY (2016); Gavin Brown’s Enterprise, New York, NY (2015); ACME Gallery, Los Angeles, CA (2005); and Andrea Rosen Gallery, New York, NY (1995). He has staged international performances in Rome, Italy, and participated in numerous projects including Ruffian’s Spring 2016 Ready-to-Wear Collection and LAXArt’s L.A.P.D. Billboard Project.
An opening reception for the artist will be held on Friday, April 7, from 6:00 - 8:00pm at Gavlak Palm Beach (249 B Worth Avenue, Palm Beach, FL 33480).
For more information concerning the exhibition, please contact Jeremy Lyon at [email protected] or 561-833-0583.