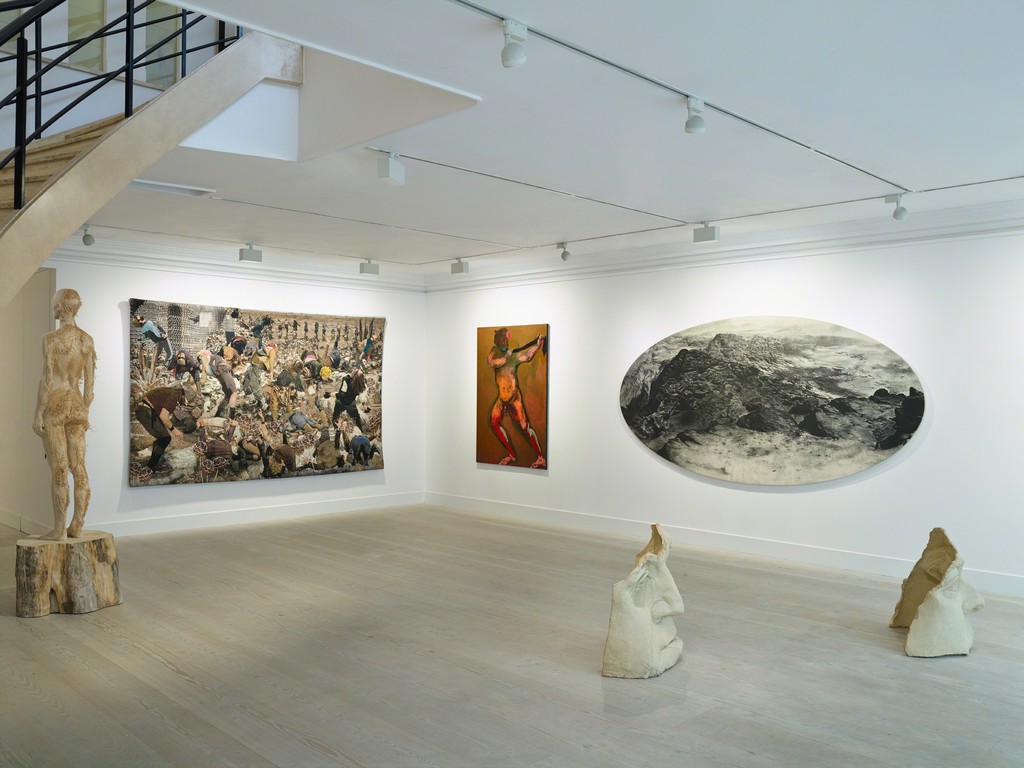 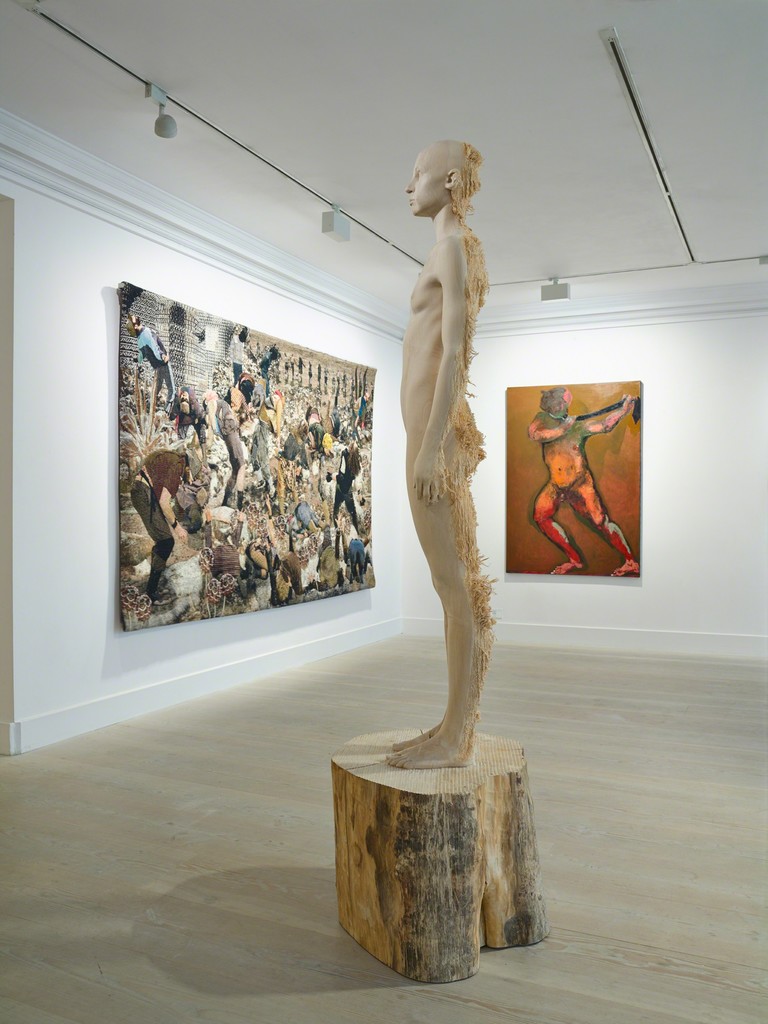 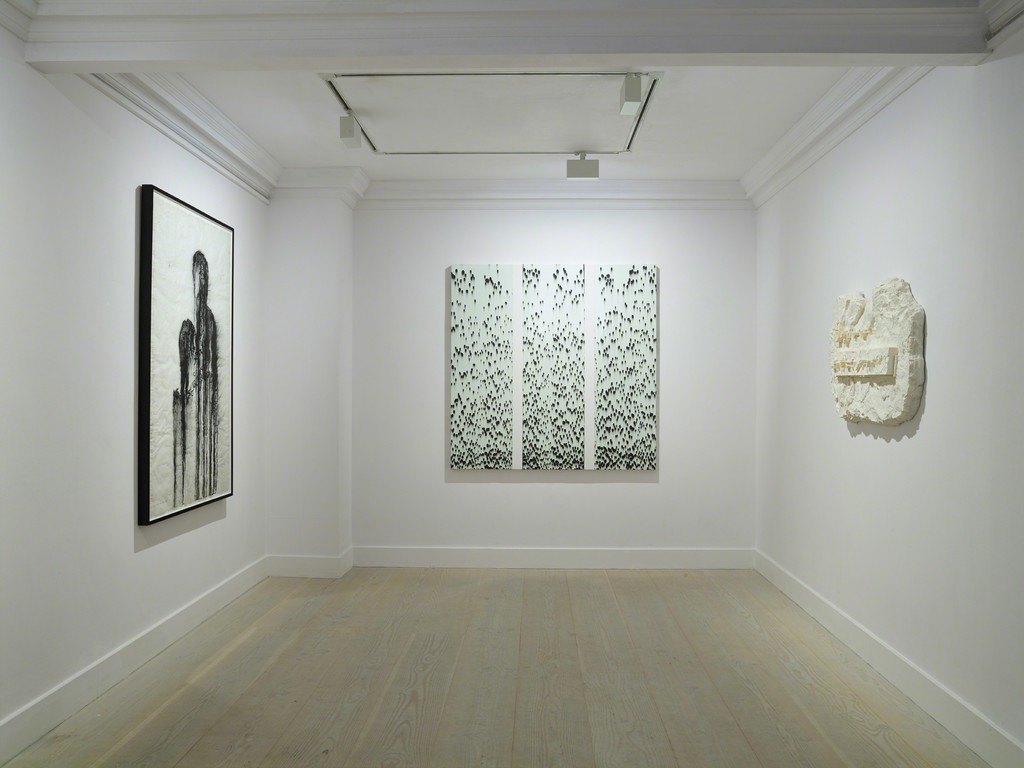 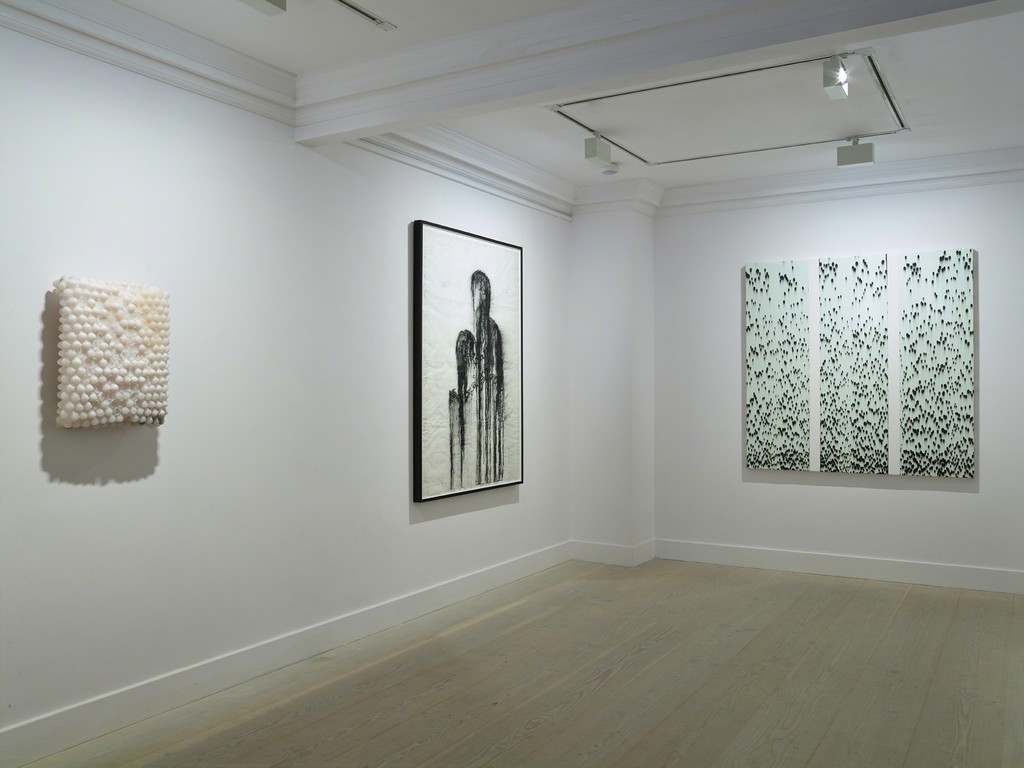 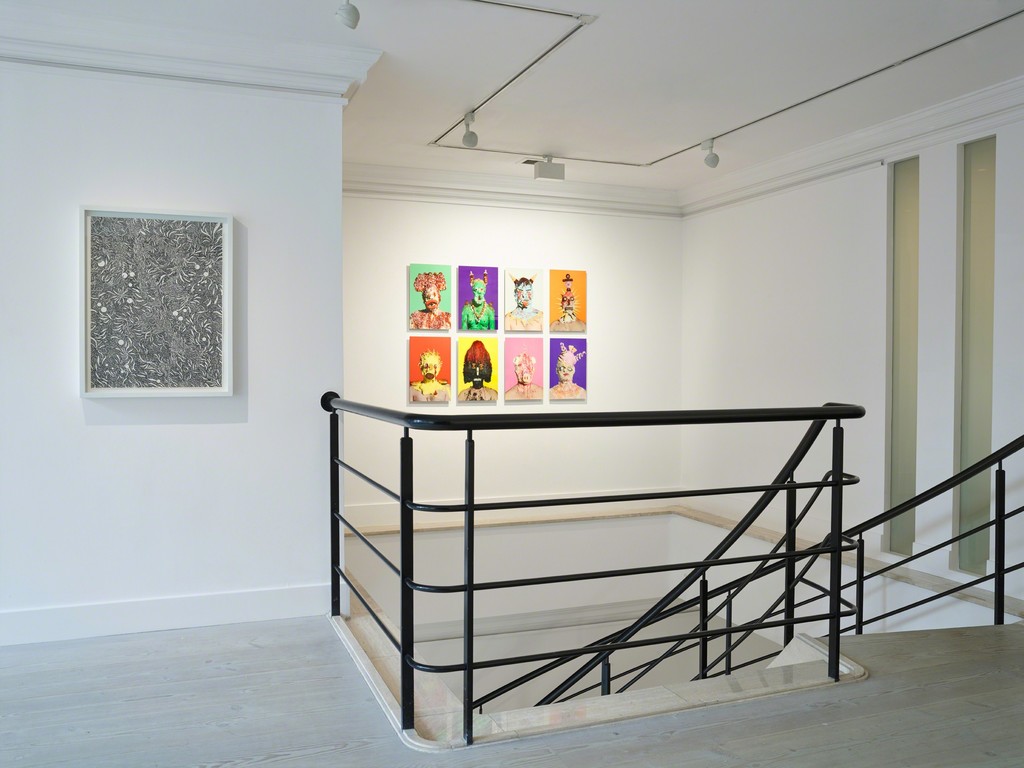 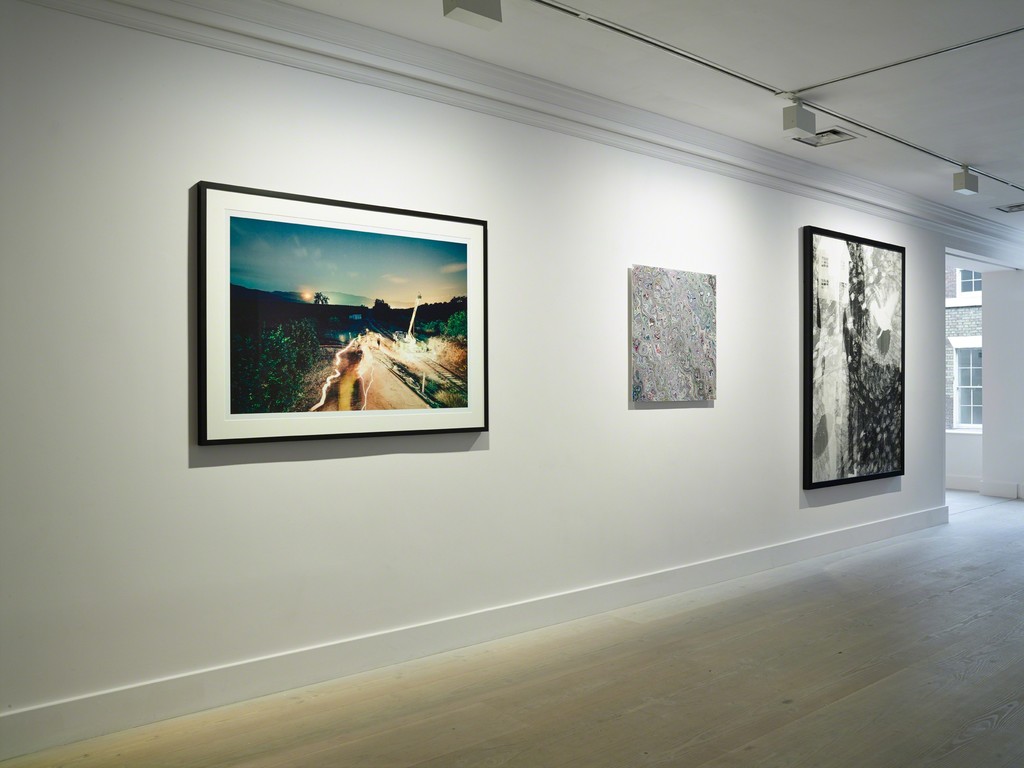 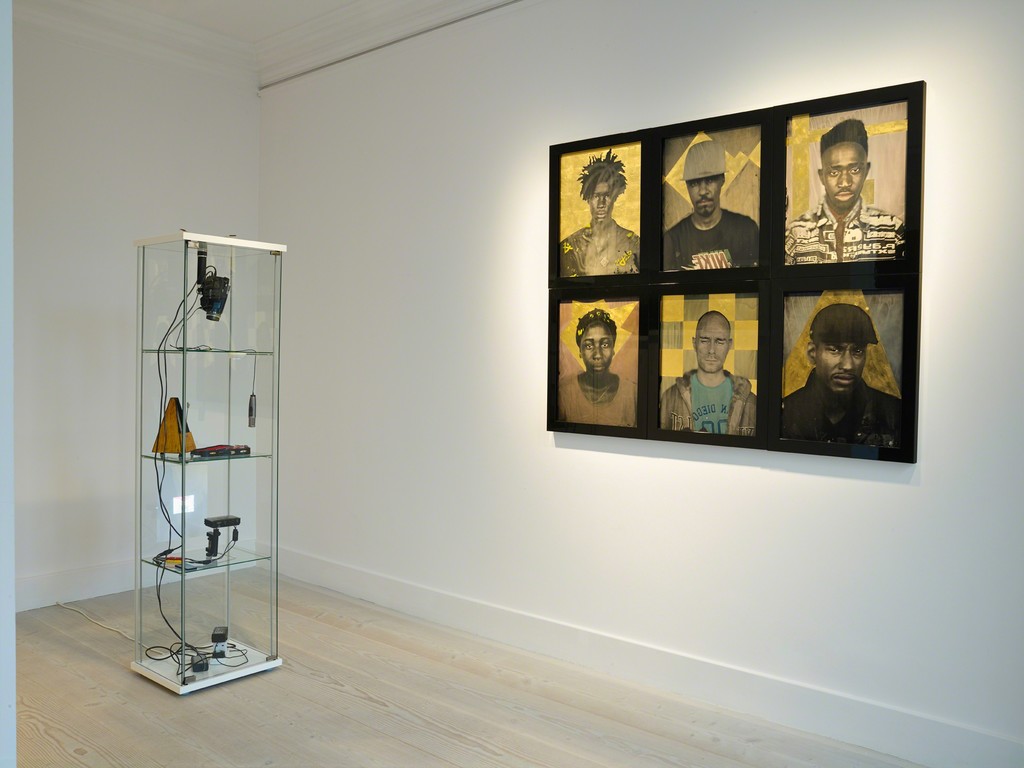 Celebrating its fifth year in London, Gazelli Art House is delighted to announce The Approach.

This group exhibition showcases an array of works by artists that have exhibited within the gallery’s programme since
it’s London debut in 2010. Marking a new stage this fall some artists on display include: Aziz + Cucher, Aaron
Koblin & Ben Tricklebank, John Wynne, Giovanni Ozzola, Stanley Casselman, Shan Hur and Walter & Zoniel
among others.

Referencing the audience’s approach to the gallery’s curatorial themes over the years, the exhibition encompasses
both its affiliation with the New Age, and the Traditional. The audience is introduced to the core of Gazelli Art House- the raw, emotionally-charged works, as well as to the digital and innovative.

The never seen before monumental tapestry by artist duo Aziz + Cucher Some People* depicts over 30 figures entwined in a perplexing but emotionally charged ritual in the midst of a landscape of rubble, from which a futuristic city is emerging, echoing both Bosch and Delacroix, and evoking the senselessness and futility of these on-going struggles and the anxiety of the historical moment we all inhabit.

In Walter & Zoniel’s latest body of work Iconoclast the artist duo use a room size Tintype camera, wit a 19th century
lens to create icon like portraitures. The process entails the to sitter remain immobile, mimicking the artist duo’s intention to study our perception of the other. Printed on glass and tin, the image of these individuals who have impacted popular culture, recall religious iconography and feature a variety of personalities ranging from fashion designer Vivienne Westwood to rapper Snoop Dog.

While through the use of projected imagery and RGB lasers, visualisation artists Aaron Koblin and director Ben
Tricklebank’s long exposure photography series, Light Echoes, questions notions of time and space to poetically
capture light trails over rail roads and landscapes in and around Los Angeles.* (an installation of the project is also
currently on display at The Curve, Barbican)

Bridging both universes, John Wynne’s site-specific installation explores high and low frequencies, and reflects the
artist’s on going interest in the playful use of redundant or discarded technology, by creating a complex multi-channel
sound environment using a 35-year old computer with no hard drive and only 1MB of memory.

The hidden lost treasure-like objects within Shan Hur’s wall sculptures*, the neutral palette and the use of materials
in Saad Qureshi’s And Then Came The Prophecy, and Giovanni Ozzola’s White Mountain, return to the natural,
conveying their ideologies through both pure and raw materials and traditional techniques.

Drawing emphasis on continuity and the inherent mission of the gallery to question and provide an independent
platform for discussions, The Approach reinstates the underlying concepts that intertwine into the gallery’s vision.

• A publication in collaboration with Culture Shock Media, will accompany the exhibition.

• The monumental Tapestry by Aziz + Cucher was recently acquired by the Tiroche-Deleon Collection.

• The Los Angeles-based digital artists also presented a site-specific installation of the project where a single laser projected a sculptural wall of light around the space of The Curve, at the Barbican. Moving slowly, frame by frame, the audience follow the light to its finale, where a stunning visual rendering of data transformed into a wordscape.

• Light Echoes was recorded with the objective of revealing and capturing imagery beyond the human eye’s capacity. Using a software created by Aaron Koblin the duo projected via RGB lasers positioned at 40 ft over the ground, calibrated images of : topographic maps, Walt Whitman quotes and composite shots onto the landscape using Fillmore and Western Railway tracks, (also known as the “Home of the Hollywood Movie Trains”) as their canvas. A single layer of light was projected at a time, and recorded using a long exposure camera, which added up the layers using 3-4 minute exposure. A film documenting the process was then created using 4 frames per second to 97 FPS.

• Shan Hur is currently participating in this year’s Sculpture in The City, with site-specific installation Broken Pillar #12. Adapting to its surroundings at St Helen’s Churchyard, Broken Pillar #12 is a unique interpretation from the series, unveiled for the occasion. Hur’s previous public placements include ‘Berkeley’s Tree’ – the façade of Berkeley Square House, London, UK and New Column for Manchester with the Arts Council of England - Manchester, UK, 2014.

About Us
Contemporary art gallery Gazelli Art House supports and presents a wide range of international artists, presenting a broad and critically acclaimed program of exhibitions to a diverse audience through international exhibition spaces in London and Baku.

Gazelli Art House was founded in 2003 in Baku, Azerbaijan where it held exhibitions with Azeri artists. From 2010, having hosted conceptually interlinked off-site exhibitions across London, founder and Director of Gazelli Art House, Mila Askarova, opened a permanent space on Dover Street, London in March 2012. As part of Gazelli Art House’s on-going commitment to art education, the gallery hosts a series of events and talks to run alongside each exhibition.