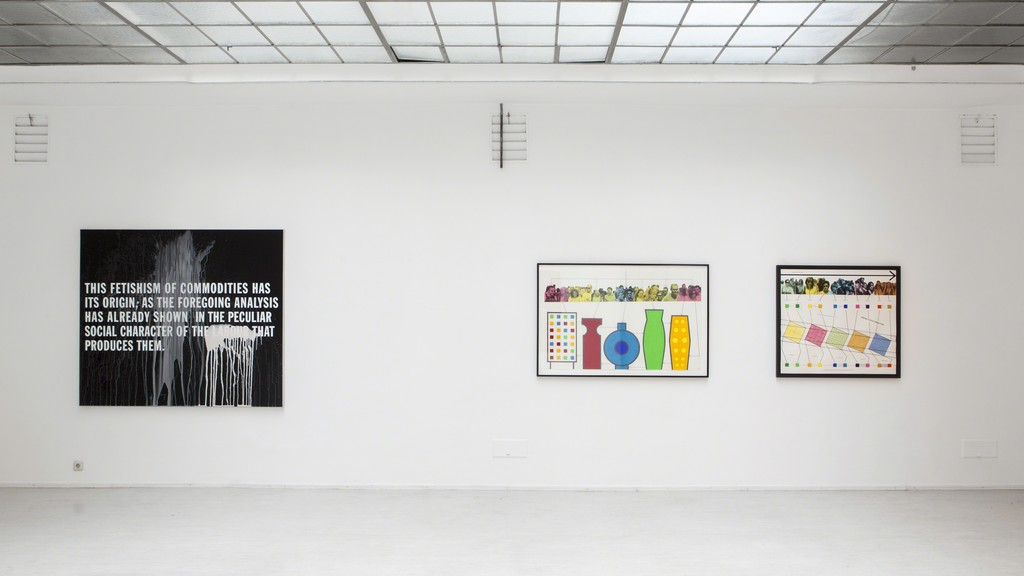 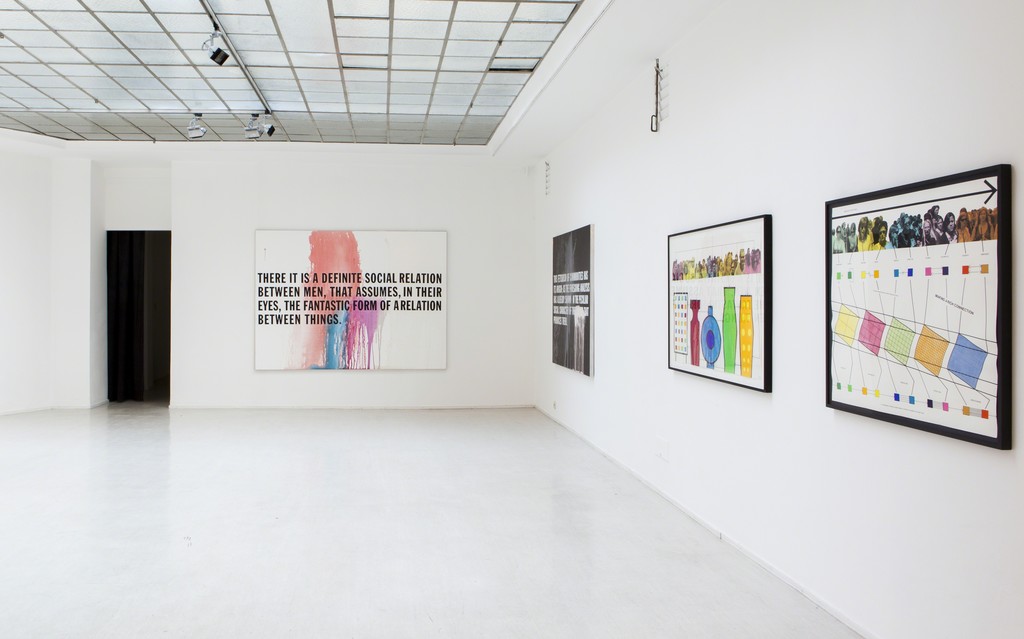 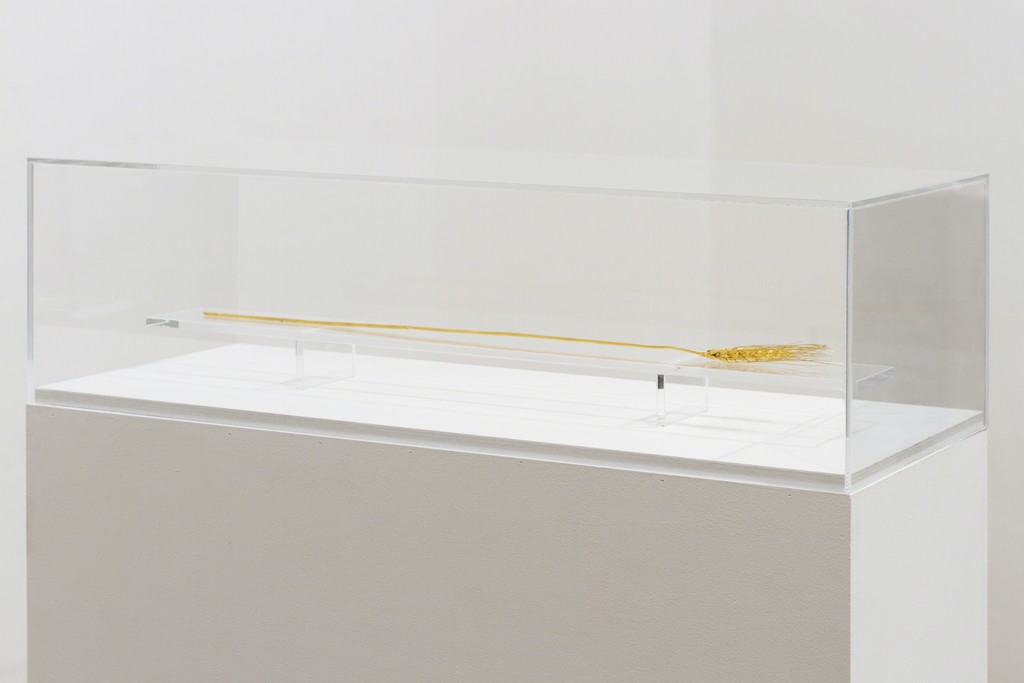 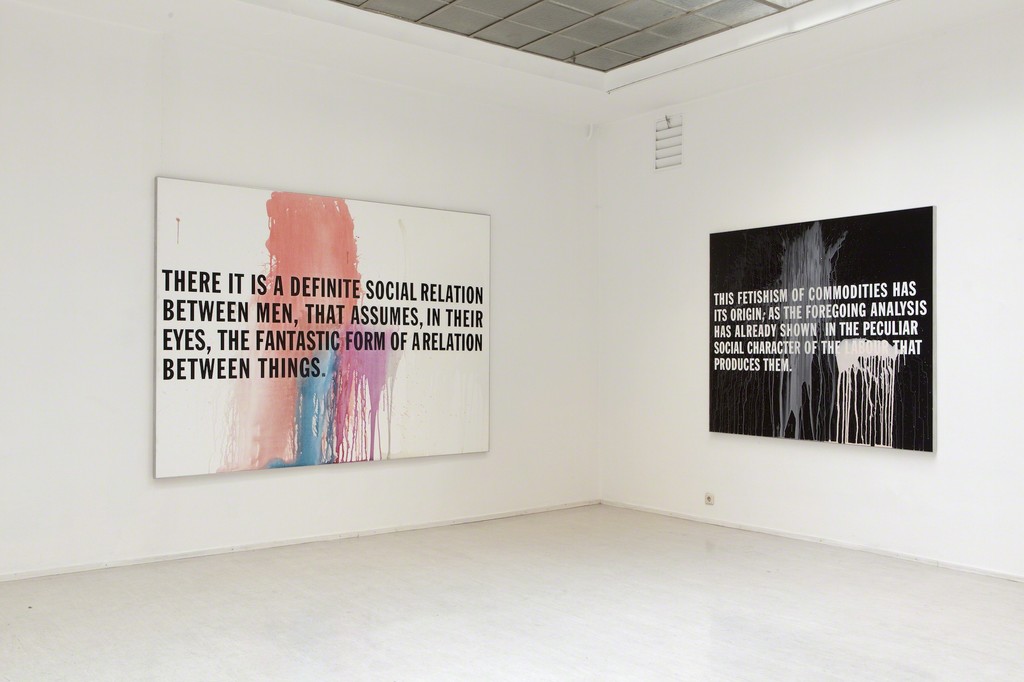 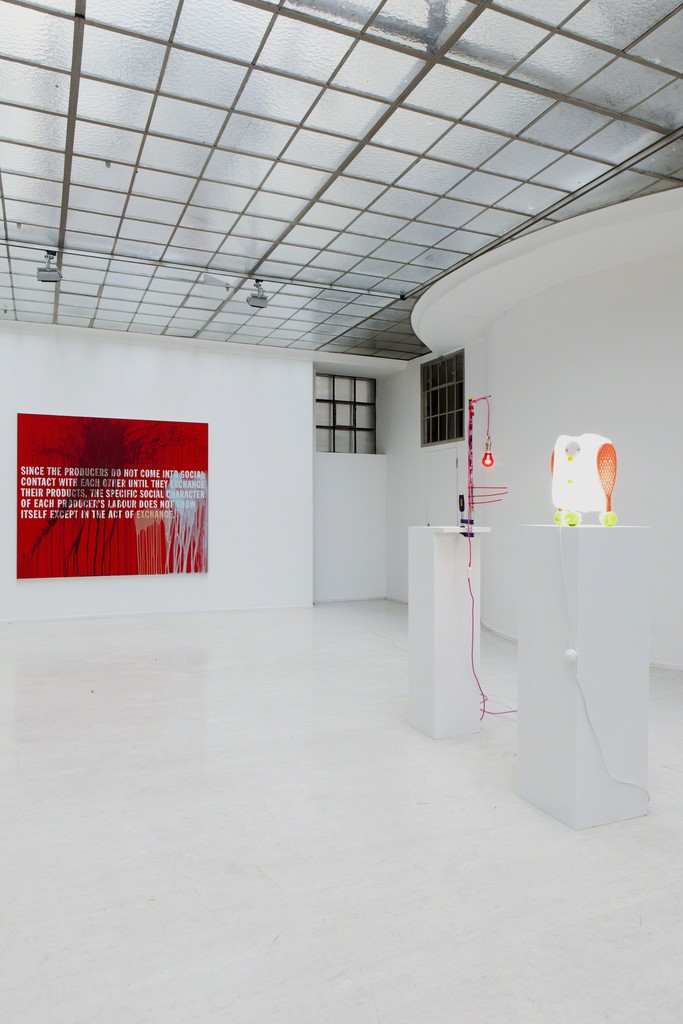 During the recent decades the contemporary art has become an omnipresent global industry which operates based on the sophisticated rules and regulations constructed by the actors of the scene through their highly hierarchized professional networks. The constantly growing interest of collectors, galleries and institutions which keeps the market heated disregarding the boring rhetoric of crisis, has provided an enticing environment for speculators and innovative investors. The artists who are at the front of the nutrition chain of the global art market are drawn into a semi- transparent or sometimes opaque dynamics of this globally competitive system and most of them are searching the right strategy to keep on their artistic positions and critical distance.

The exhibition is intending to examine the intricate link between the production of contemporary art and the players of the international art market. The operational logic of the art world has started to incorporate the strategy and tactics of the most successful business models from the asset management and investment sectors so that the whole system is undergoing on a radical transformation process in response to the needs and demands of an increasingly global market. In this time, when most of the principles of the neoliberal free market economy has collapsed the critical position of the artist started to be more and more important even though the traditional categories of the ideological vocabulary lost their relevance to describe the controversial reality, the interlocking of the power structures between the political, cultural and business elites.

In the field of culture contemporary art has gained a conspicuous role what never before and its symbolic power is reflected in the astounding prices regularly reached at international auctions and in the increased popularity of blockbuster exhibitions, biennales and festivals. This attracting economical potential creates a strong interest from investment point of view, but because of the symbolic dimension of the artworks the evaluation process and the pricing system will always remain subject of debate, and the terrain of alleged speculations and suspicious manipulations. As Pier Luigi Sacco, the acknowledged cultural economist has written in his text: “It is assumed that money establishes the value of what is seen, namely the object, but what is really being bought is what is not seen, namely the object’s capacity to reverberate endlessly – above all through extraordinarily complex channels of the unconscious – in the perceptions, choices and behavior of millions of people. It is creative finance that dispenses money for nothing today. In the case of art, money literally makes it possible to buy the unthinkable.”

The show brings together artistic positions which represent and explore various approaches and layers of the interrelations between art and economy, artistic creativity and its exploitation, the speculative characteristics of the global art market, the virtualization of objects and the economy as a whole including artifacts, the critical questioning of the evaluation-system and the function of art as an asset in the neoliberal market economy.
Barnabás Bencsik