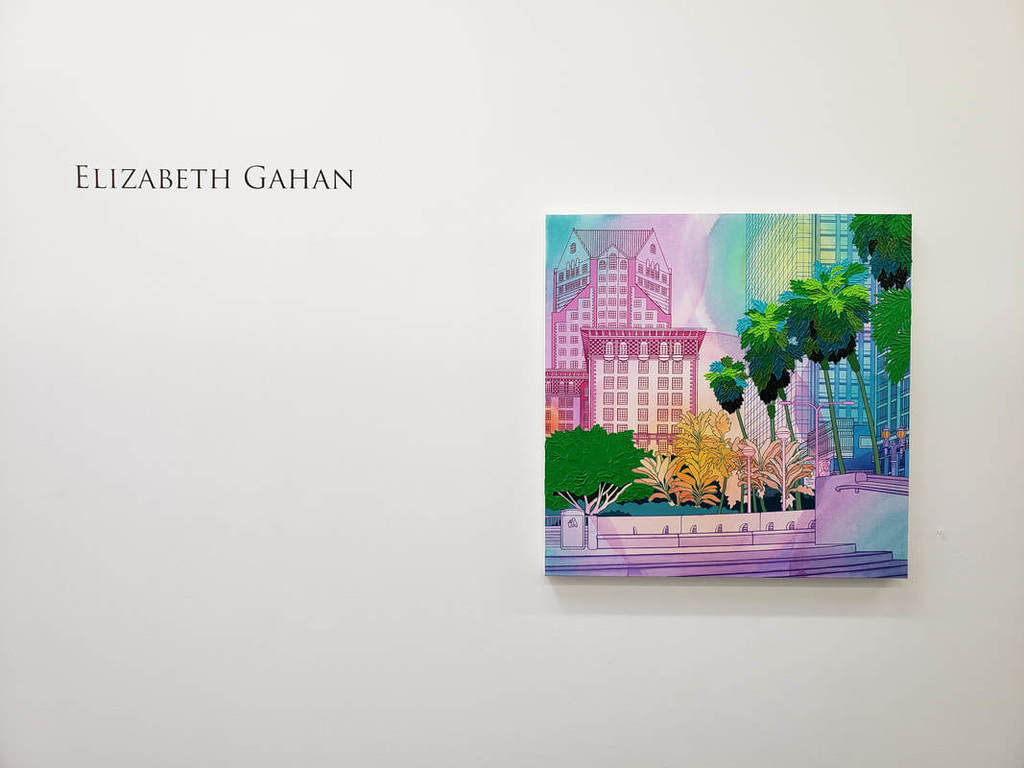 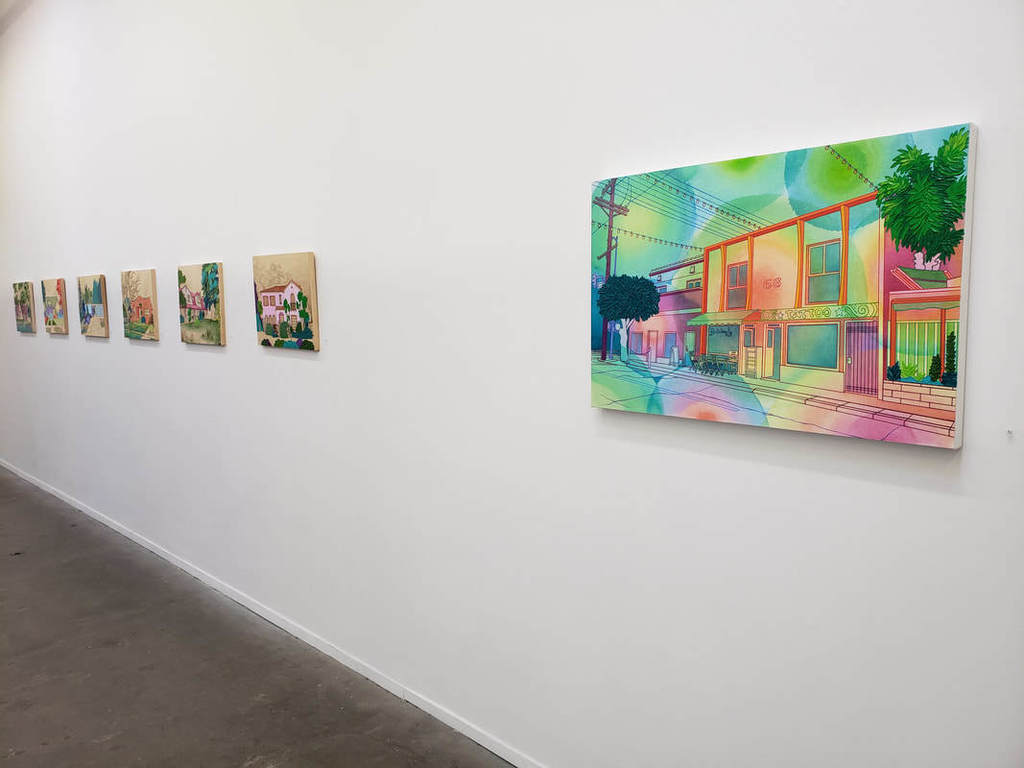 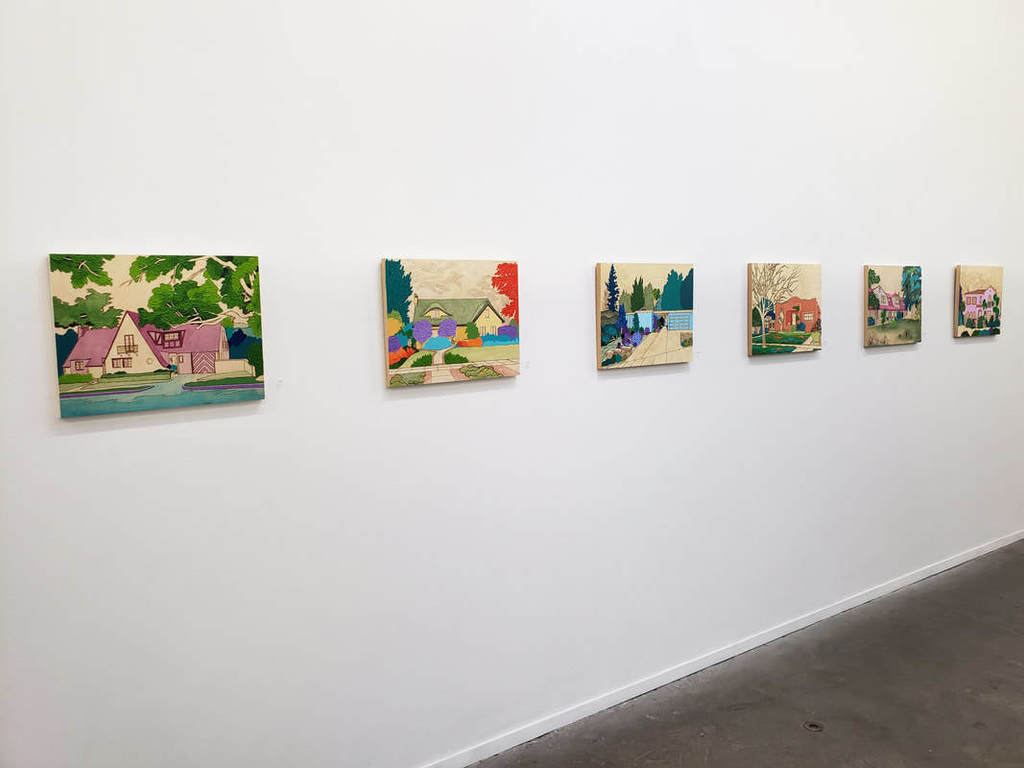 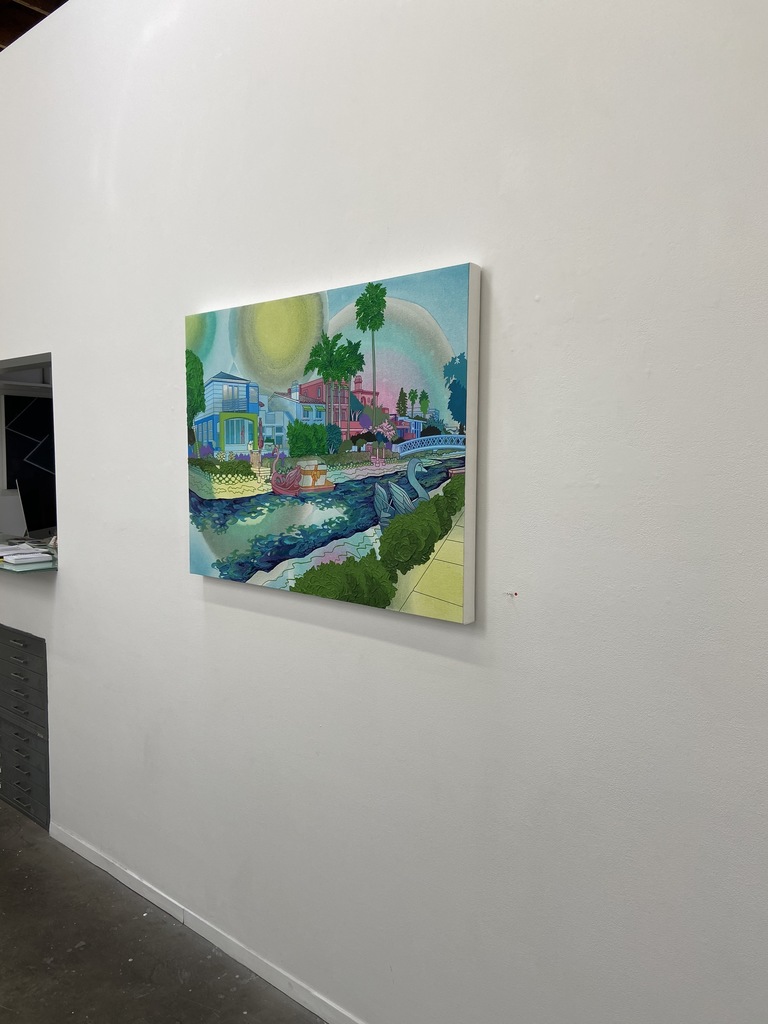 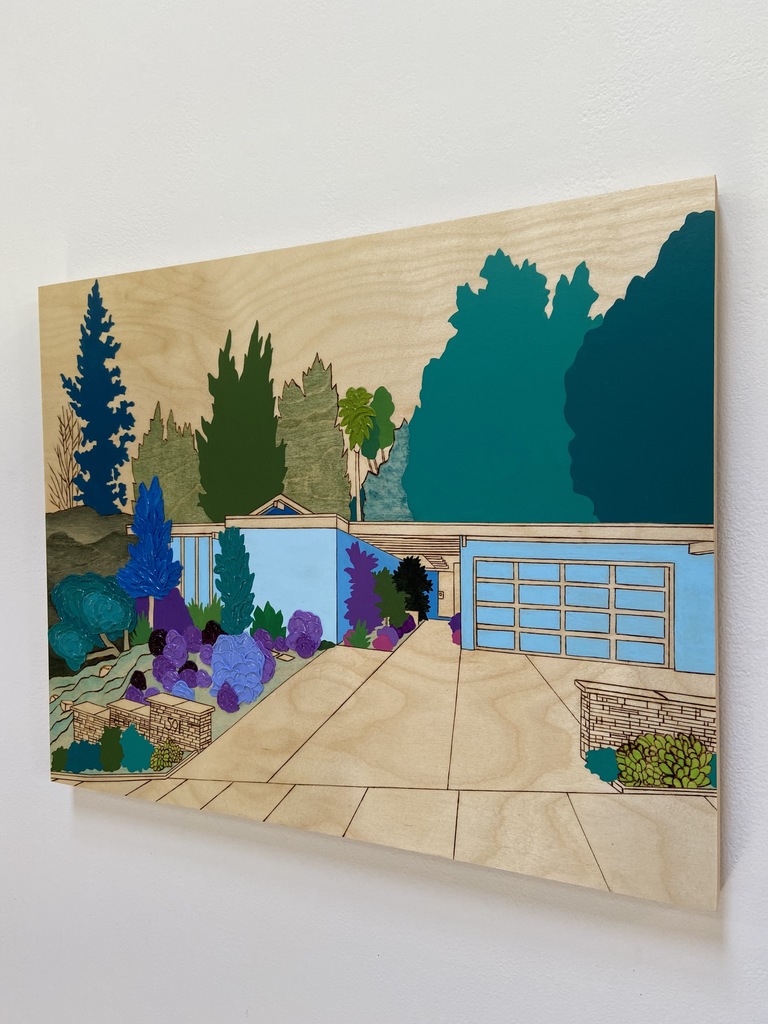 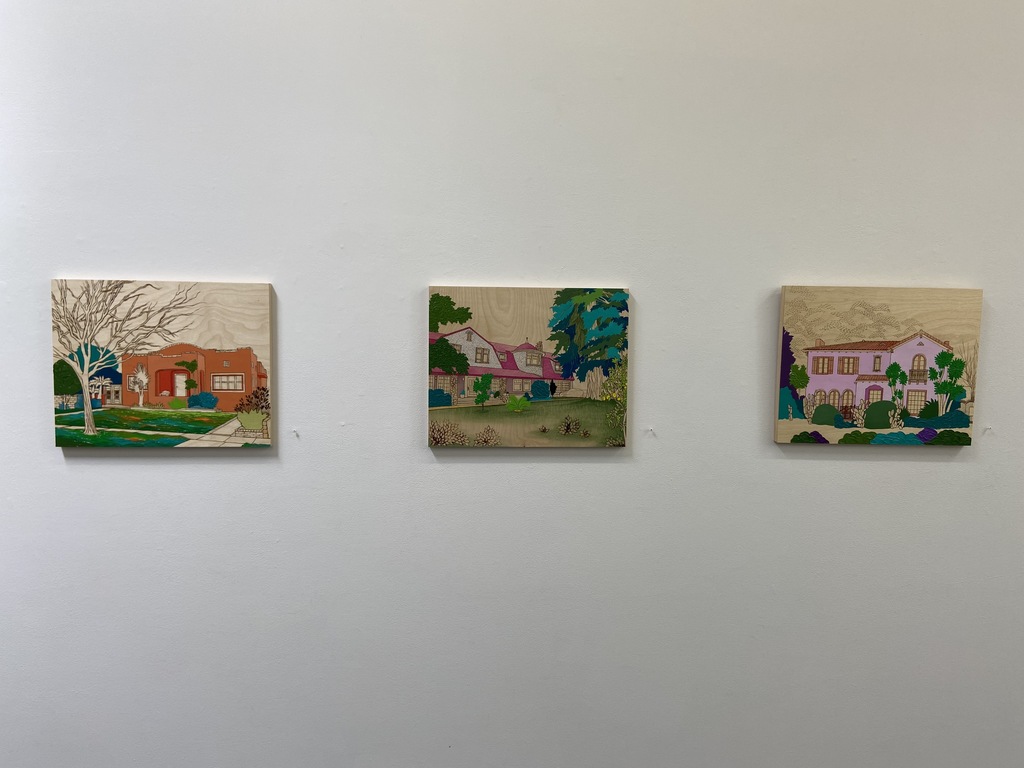 George Billis Gallery LA is pleased to present Elizabeth Gahan: On Second Thought. The exhibition features the artist's recent playful representations of landmarks and homes in Los Angeles and continues through March 28th.

Gahan, a Seattle based artist originally from Southern California, has retraced her roots for this exhibition. The exhibition features nine paintings, including a suite of six painting she has entitled "The Neighborhood.” Gahan’s use of bold colors is refreshing and whimsical. Gahan captures what remains unique about Los Angeles despite its recent changes, revisiting the city and photographing places she felt personally connected to for this series.

Gahan is also a prolific public artist having attended a residency program at the Banff Centre in Canada for installation art after receiving her M.F.A. in painting from Claremont Graduate University. Her understanding of how to incorporate sculpture into an environment seems to inform her heavily architectural painting practice. Evidence of her work's constant conversation between the two and three dimensional is seen in On Second Thought, where, as she dubs them; "robust gel applications" create three dimensional texture in the foliage of the pieces.

Gahan speaks about blurring the boundary between the constructed urban environment and the "natural world” as a way to express that all environments are in fact altered. This directly connects her installation work to her newest paintings, featuring a hyper realistic quality that underscores Los Angeles as an urban space which includes massive sections of "green" space, just as altered as the urban sections. Gahan writes that her work "strives to balance beauty and inspiration with a critical consideration of our growing urban environments."