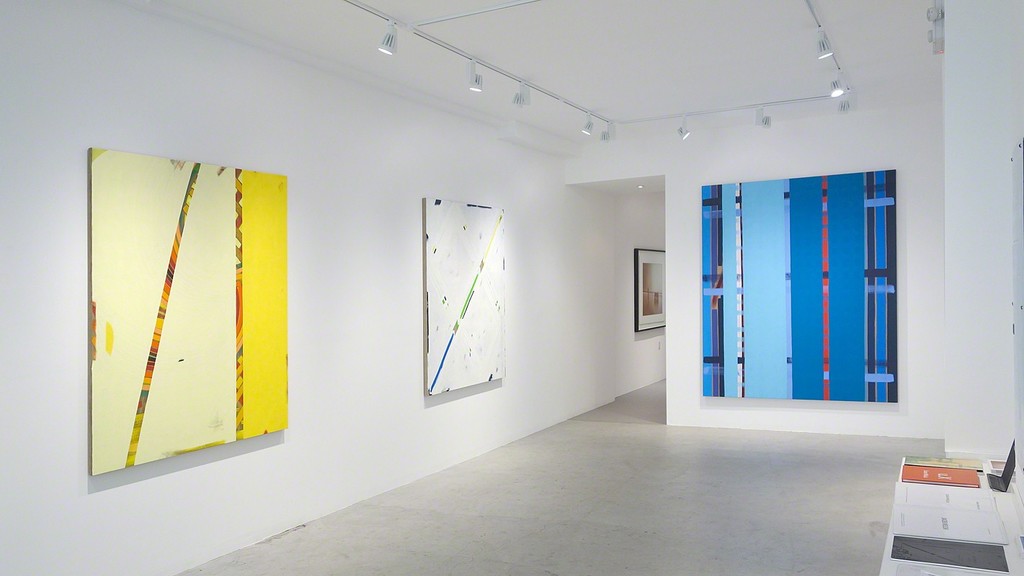 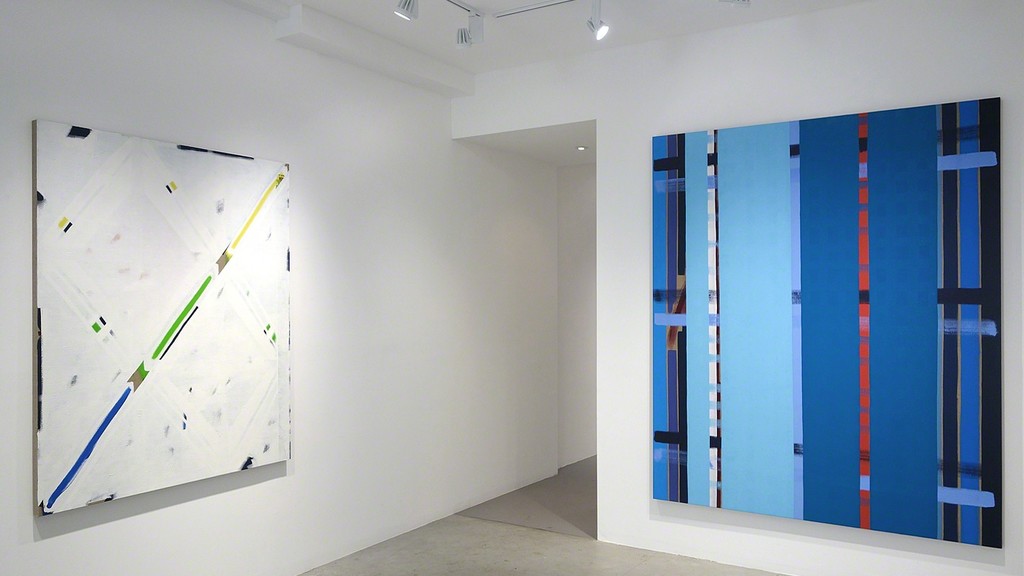 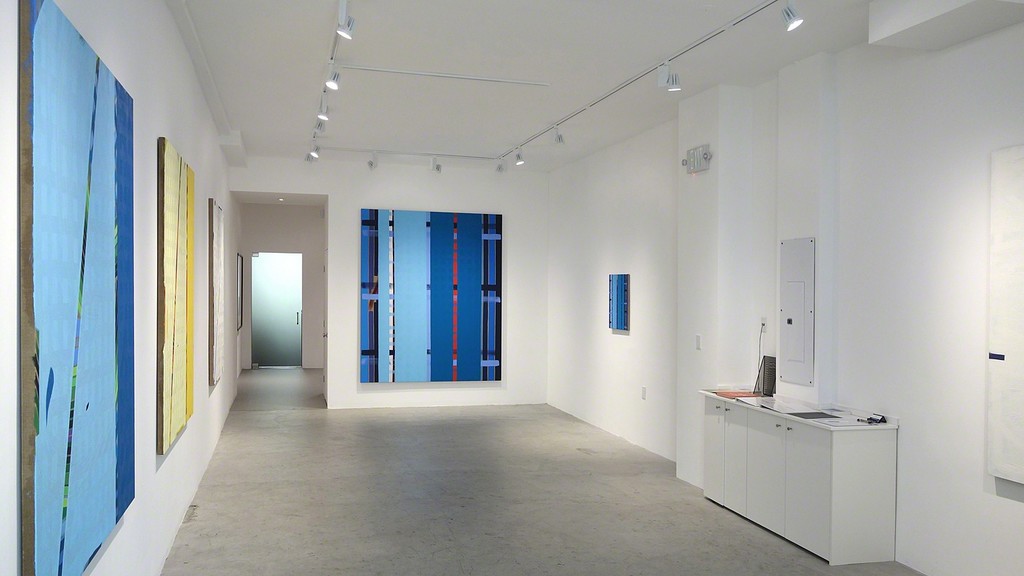 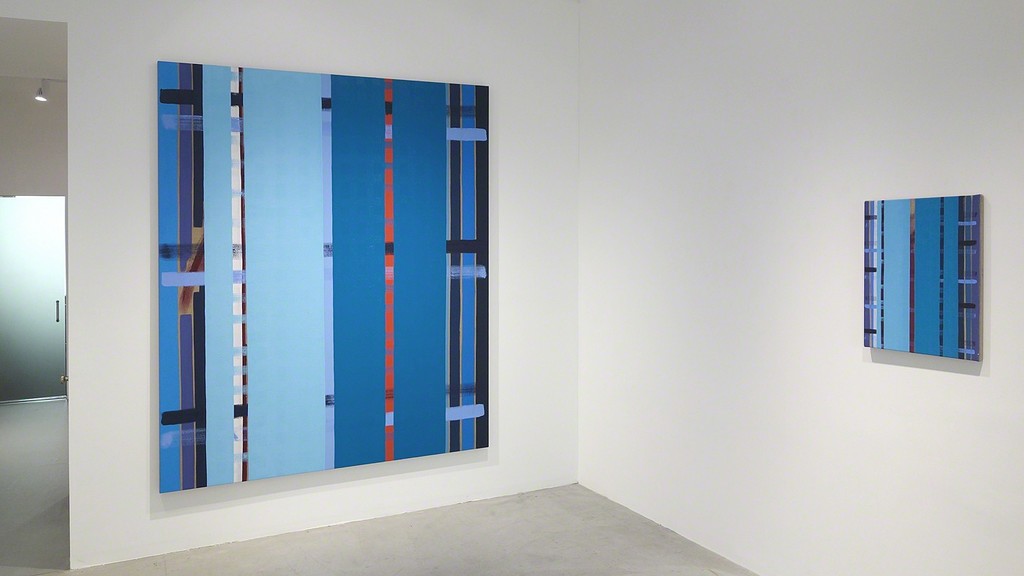 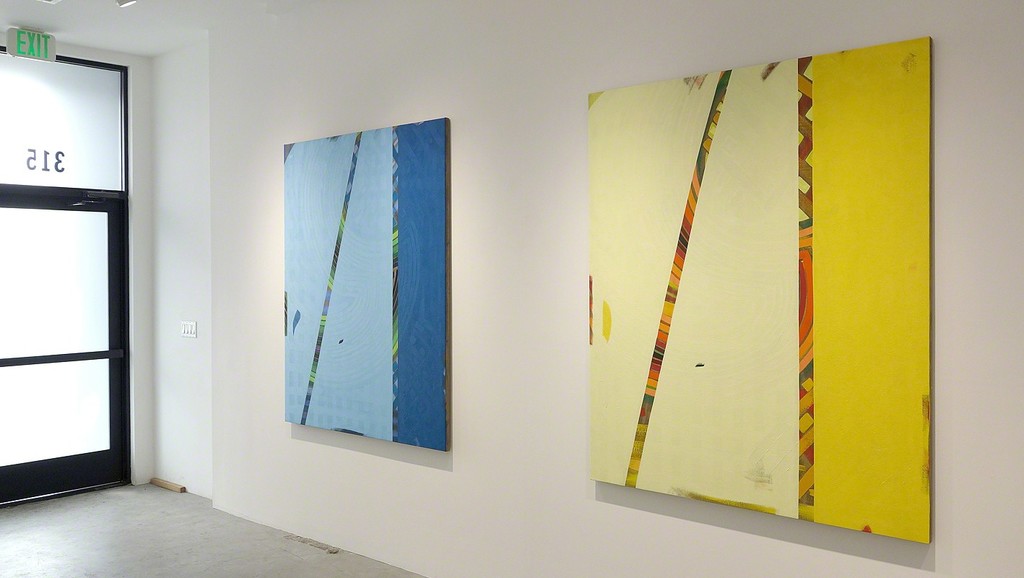 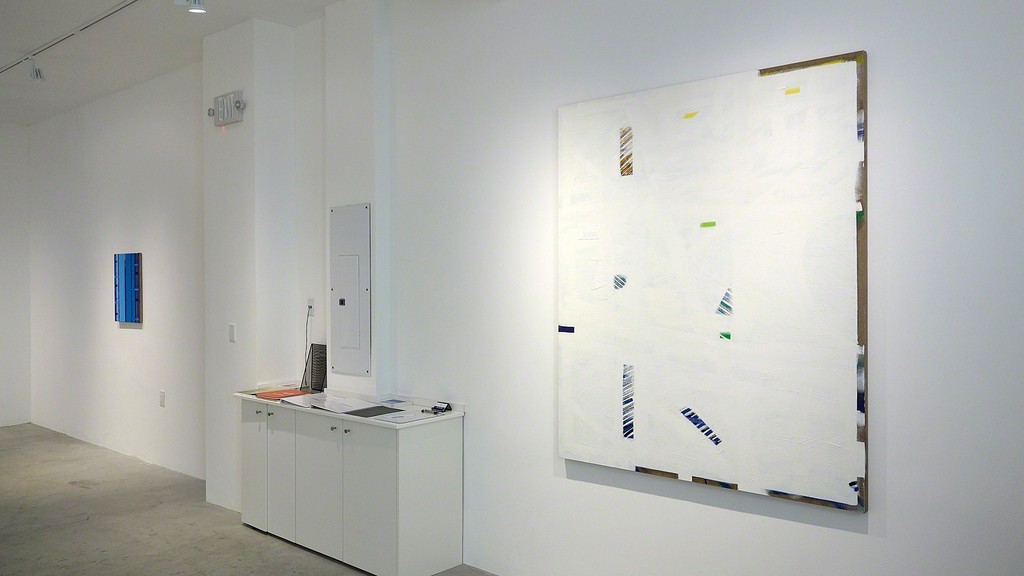 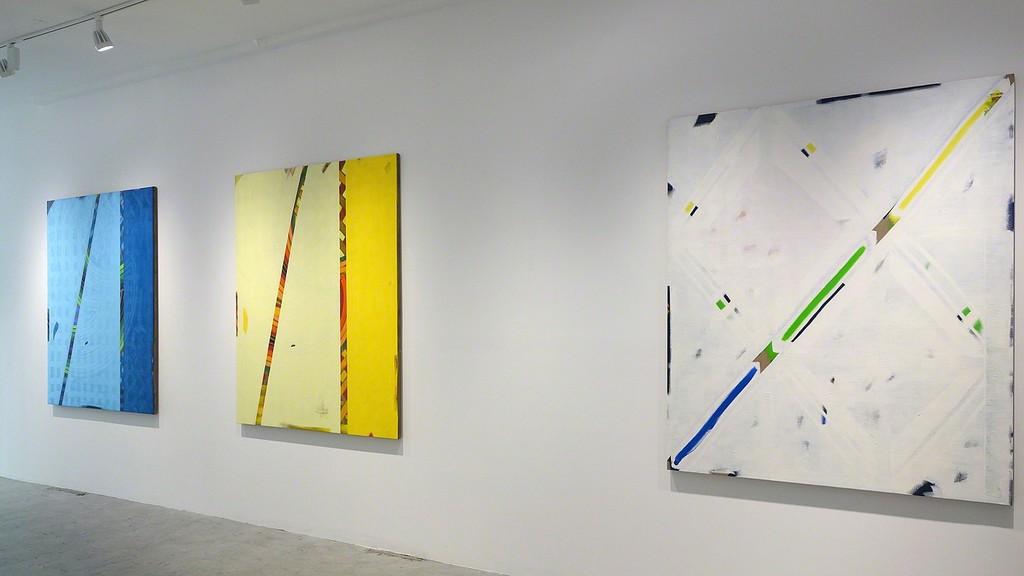 For exhibition 48 we are pleased to be showing for the third time Los Angeles-based painter Jacob Melchi, six pieces from his recent series dealing with parallel and non-parallel configurations. These works represent a step up in scale for Melchi, who has previously worked almost exclusively in portrait size. Otis graduate Melchi paints in oil on linen and practices a sensate form of constructivism, drawing on references from the outside world and his own internalized formal impulses. In a review of Melchi's last show here, Kenneth Baker compared him to painters as disparate as David Hockney and Raoul De Keyser, and wrote that his work, "...makes an ingratiating impression at a distance. But only a close look reveals how much Melchi cares about detail. Avoiding preciousness, he makes the tooth of his coarse linen working surface an active ingredient in the work, rather than an inert platform." Melchi's art has been shown previously at institutions such as Santa Monica's California Heritage Museum, Center for Contemporary Art in Sacramento, Torrance Art Museum, Nordic Institute for Contemporary Art in Helsinki, and Netherlands Media Art Institute in Amsterdam. A 44-page full color catalog with commentary by Gladys-Katherina Hernando accompanies the exhibition.