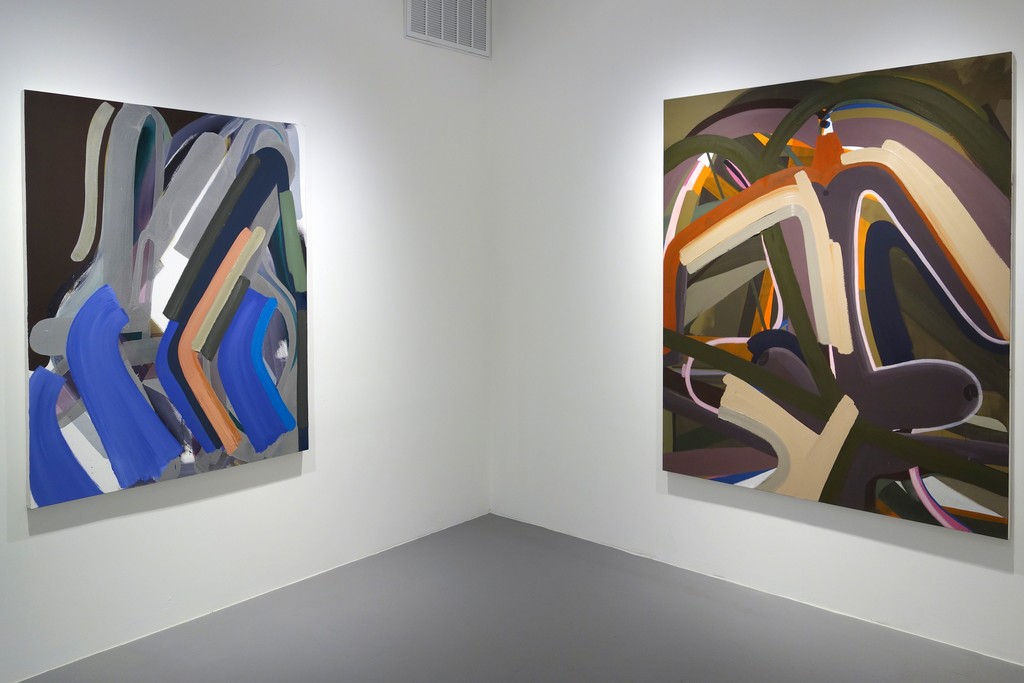 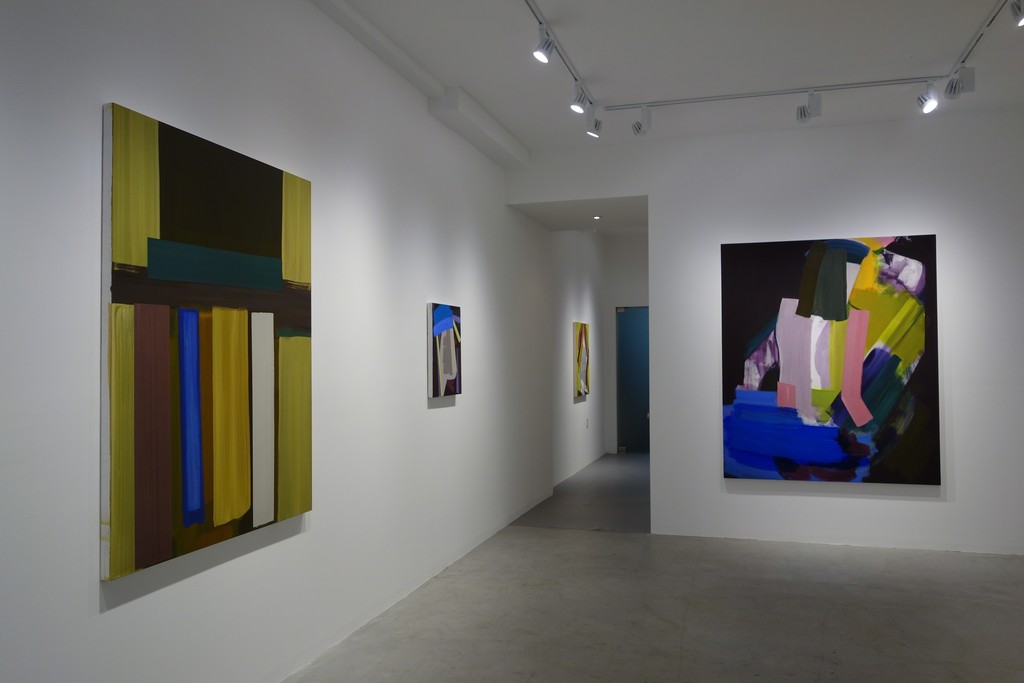 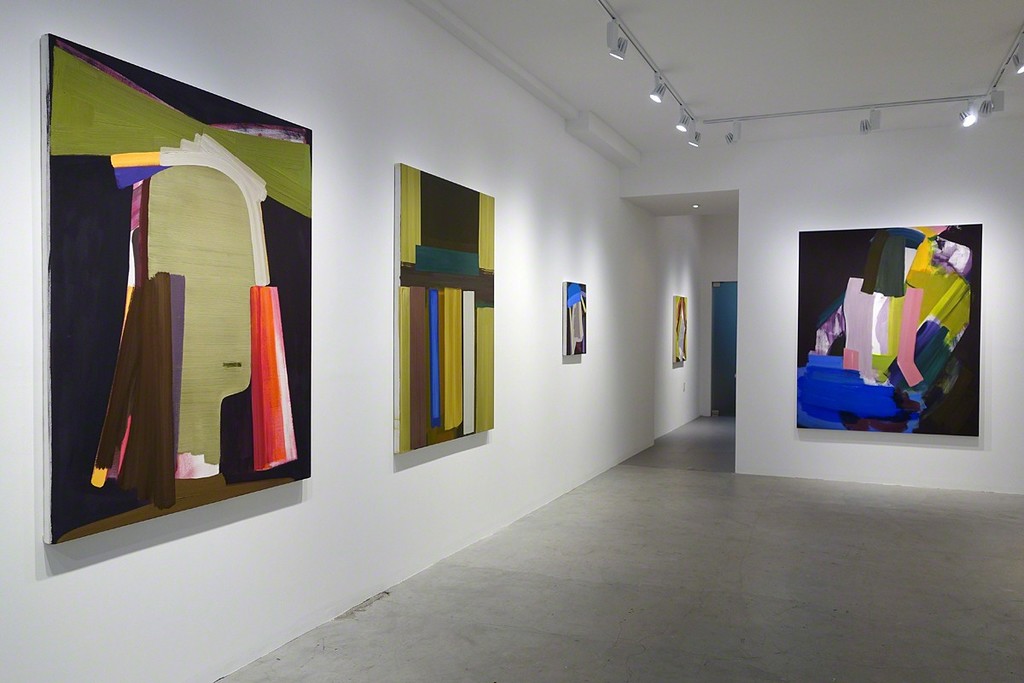 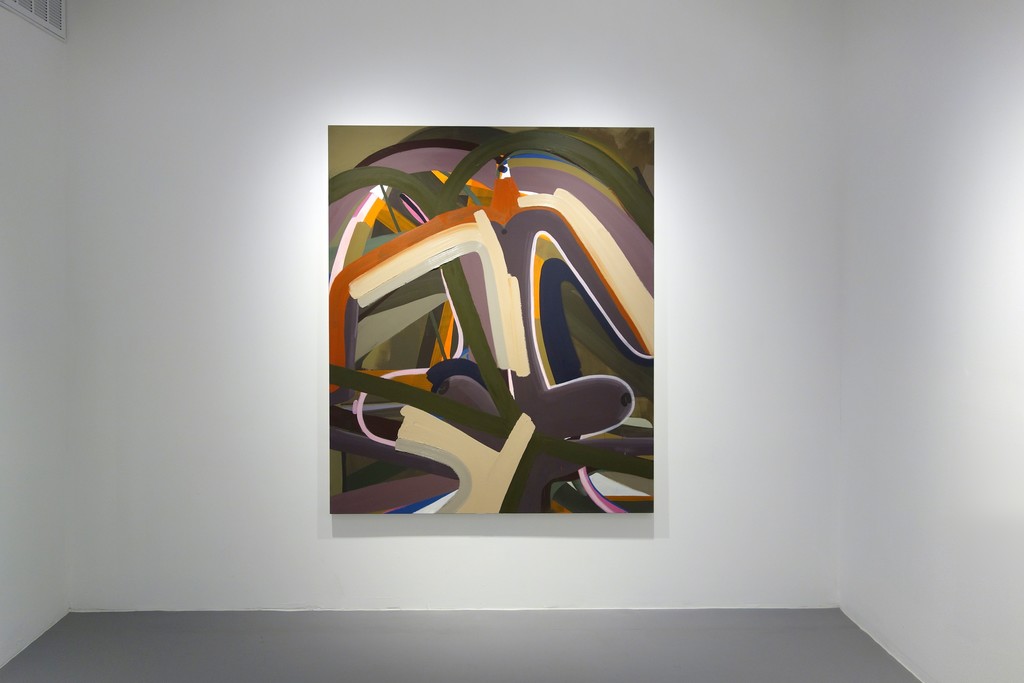 For our 37th exhibit in San Francisco, we are pleased to be showing selected recent works by Southern California painter John Millei, his second solo with the gallery. In this group of paintings Millei plays with figurative motifs: portrait heads, inverted torsos, bathers and peripheral glimpses that melt into abstraction.

An old friend who was a drummer once showed me how to tune a set of bongos by holding them over the stovetop, checking the ping every few seconds as the heat tightened the head. Something in the tension Millei achieves in this group of paintings, the image splayed between his anthropomorphic/historical references and the obdurate slap of his paint, reminds me of the way the drum skin would get taut over the burner. When I look at them I start with a fix, and whether it's the formality of Dutch portraiture, the bravado of Picasso, or the accidental conventions of vernacular photography, these associations function like the brads around the rim of the drum, and the skin of paint just pulls tighter for its strain against them. But Millei is in there testing the ping. They're not just taut: they're tuned. Millei hits a certain note by pairing the dead matte of his favored Flashe acrylic with oleo-glosses, and by leaping from stylistic motif to motif. His understanding of the costs and benefits of license and constraint has for some time anticipated the attitudes of a younger generation of painters who freely meld historical homage with divergent methods and materials in their work.

John Millei has an extensive history of solo exhibitions and has shown in the past with Gerhard Richter, Helmut Federle and Helmut Dorner. He has collaborated on two occasions with the late poet Robert Creeley and his work is documented in two shorts by Full Figured Films, "Maritime" and "Woman in a Chair". He is adjunct Professor of Painting at Claremont University and serves on the Fine Art Faculty of Art Center College of Design in Pasadena.