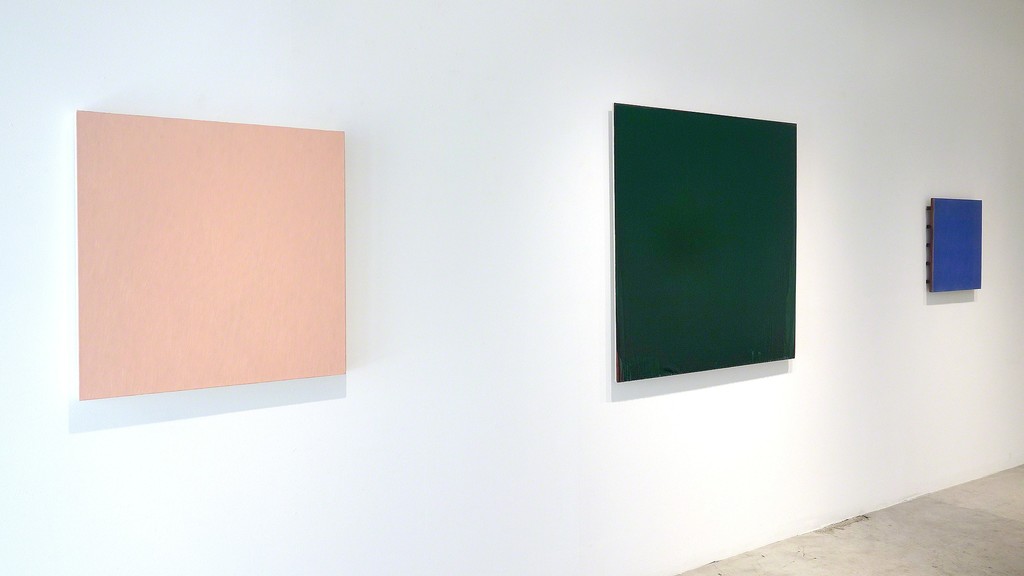 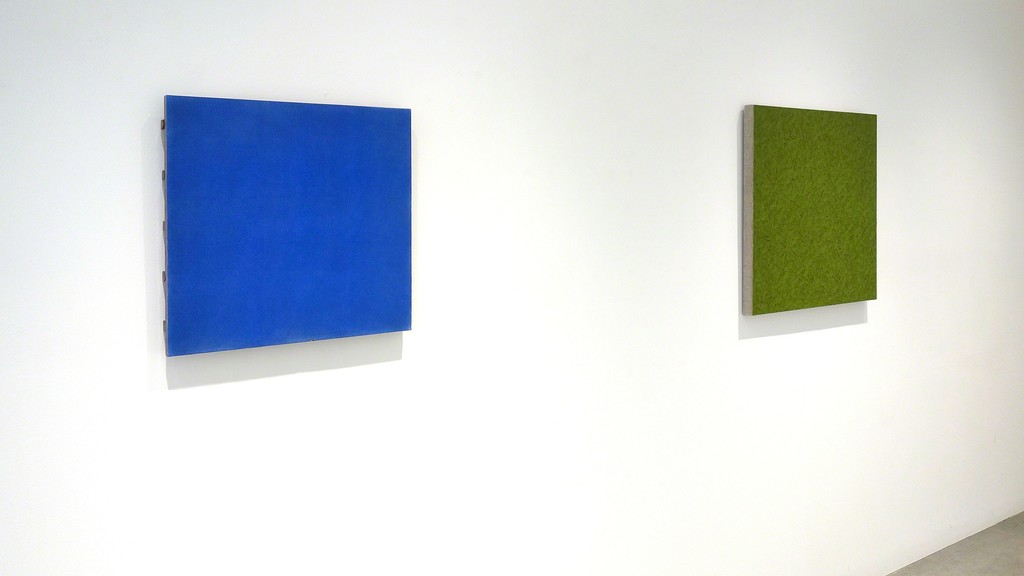 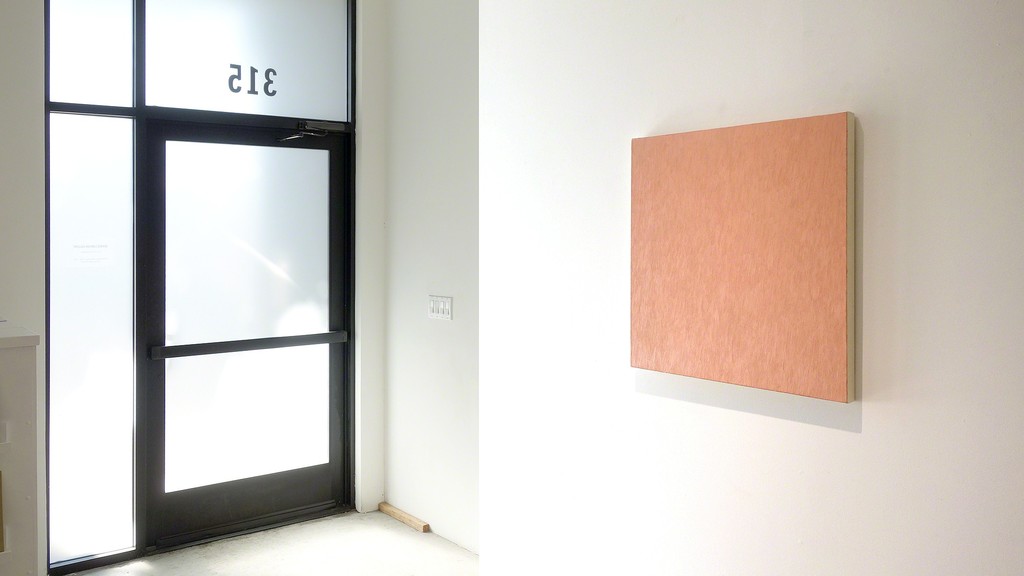 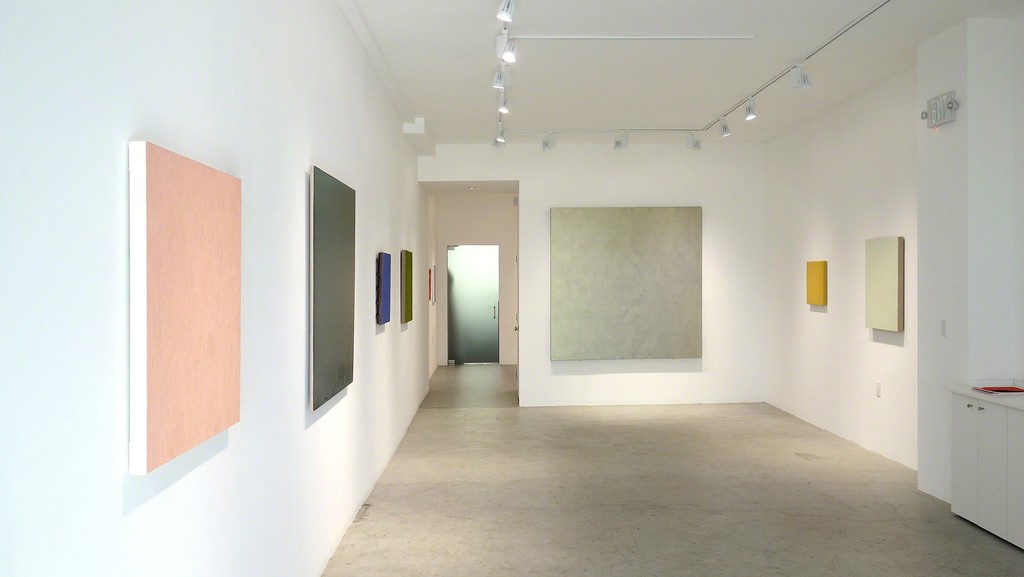 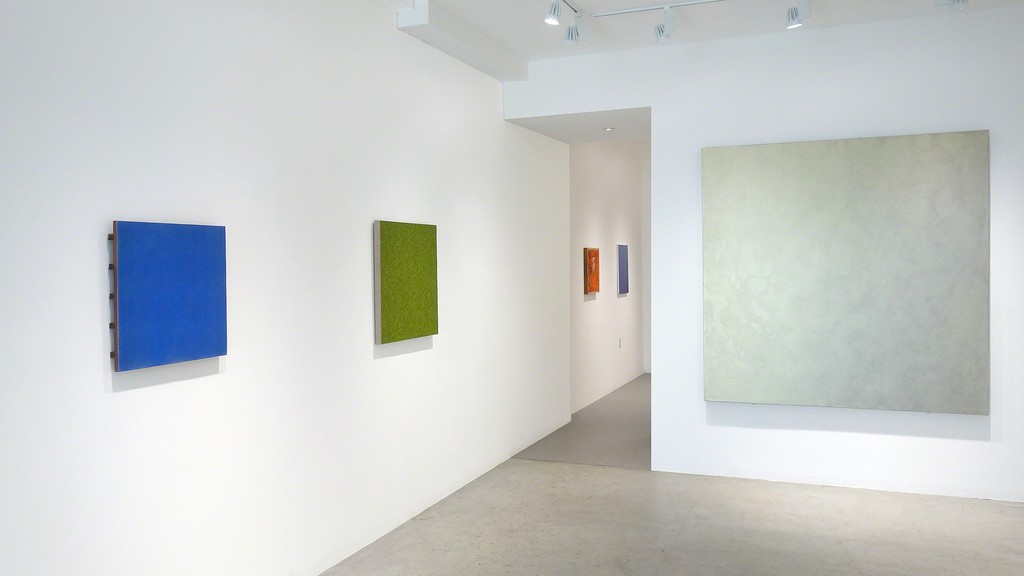 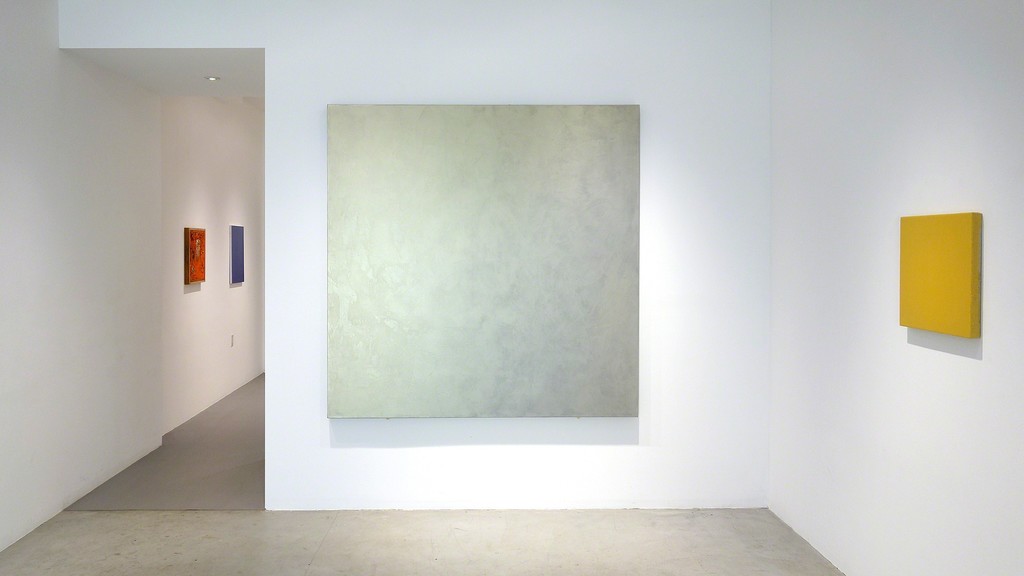 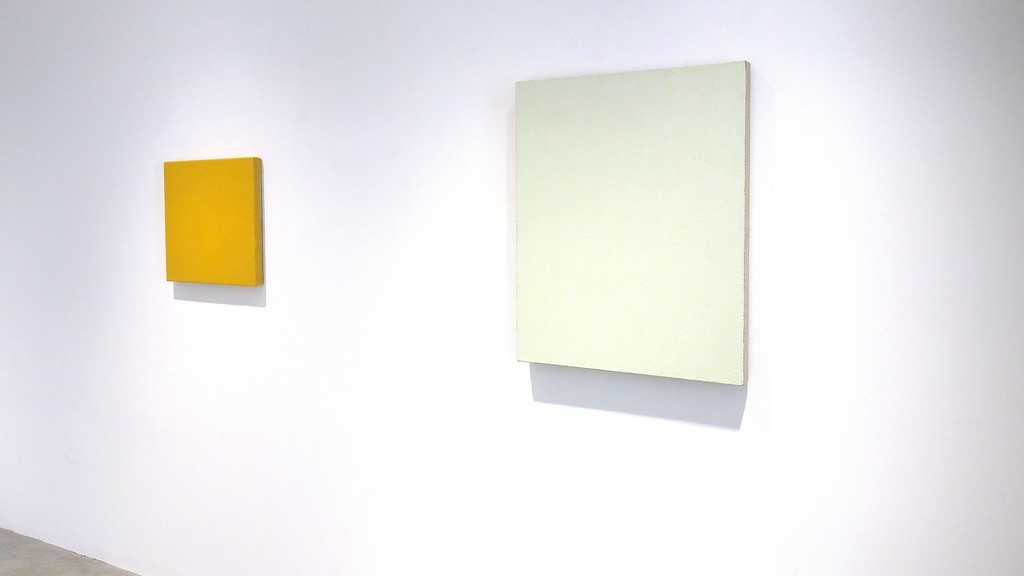 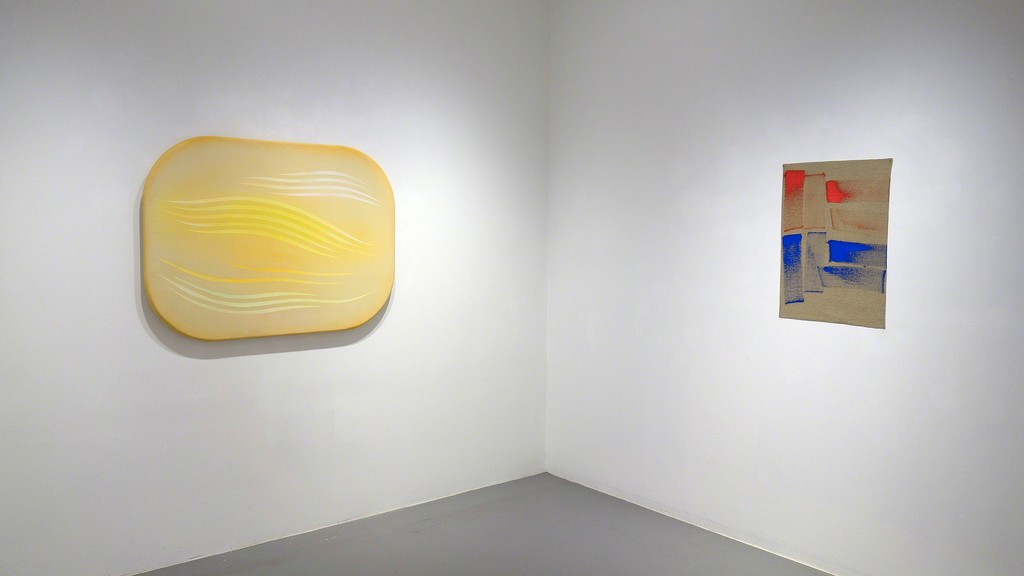 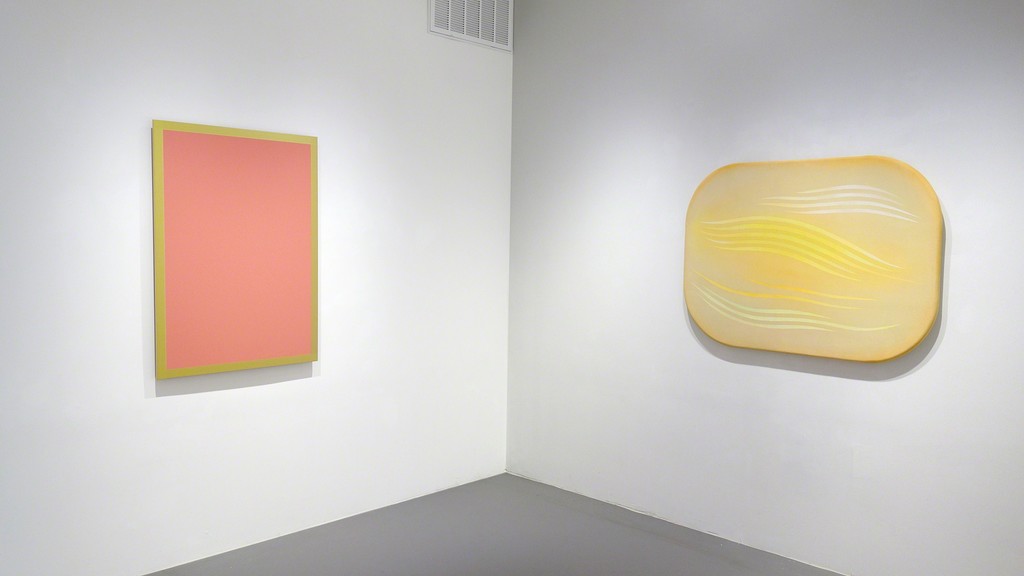 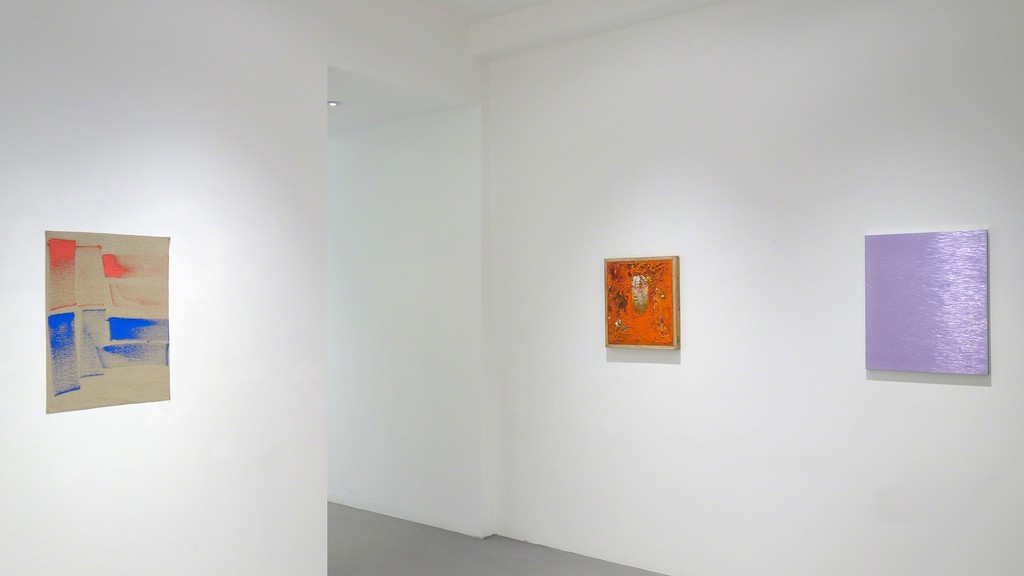 For exhibition 58 we open with a very special offering, RADICAL: Monochrome Paintings from the Goodman Duffy Collection, which showcases exemplary works from 13 painters either precursory to or prominent within the international “Radical Painting” movement. Exhibited are paintings by John Beech, Jake Berthot, Rudolf de Crignis, Alan Ebnother, Marcia Hafif, Ralph Humphrey, Joseph Marioni, Ingo Meller, John Meyer, Winston Roeth, David Simpson, Phil Sims, and Roy Thurston. These works are all consigned from the private collection of the late Wally Goodman and his partner, Patrick Duffy. In the 1990s, Santa Fe became the unlikely hub for artists involved in the one-color painting movement, partly owing to the light that had inspired Agnes Martin to move there and Georgia O’Keefe before her, and partly because of the activities of Charlotte Jackson, a Santa Fe gallerist who specialized with great success in the reductive work of these artists. Supporting the scene, Santa Fe collectors Wally Goodman and Patrick Duffy managed to secure significant works in this period by artists associated with monochrome.

One-color painting has sustained a dialogue that spans four decades, outliving many of the movement’s practitioners and proponents. John Meyer died in 2002 and Rudolf de Crignis in 2006, Wally Goodman in 2008 and Irving Forman the following year; Panza died in 2010 and Natalie Forman in 2011. Patrick Duffy now lives in Las Vegas where he continues to collect. His decision to release to the market a selection of historical works from this group is a significant event. Joseph Marioni is credited with popularizing the term Radical Painting. He wrote and distributed a broadsheet in 1986 titled, “Outside the Cartouche: The Question of the Viewer in Radical Painting.” This piece was co-authored with the German painter Günter Umberg and contains an essay that is something of a manifesto in the old school style. During this formative period, Phil Sims favored the term Fundamental, taking his cue from the early exhibition “Fundamental Painting” held in 1975 at the Stedelijk Museum in Amsterdam. Marcia Hafif coined the term Aniconic Painting and wrote about her concept in articles in ARTFORUM in 1978 and Art In America in 1981. The terms Monochrome, or simply, Color Painting are more broadly applied by writers and curators with these designations stretching to include painting that uses more than one color, as is the case with some of the precursors to the movement such as Ralph Humphrey and Jake Berthot, or the late adherents, such as Ingo Meller.

The historical precedents of the movement are traced from the monochrome paintings of Russians Kazimir Malevich and Alexander Rodchenko, dating from 1915 and 1921 respectively, to works of 1960s Modernism, such as Robert Rauschenberg’s all-white paintings, Brice Marden’s waxen panels and the largely one-color work of Milton Resnick. Broadly speaking, one-color painting addresses the contribution of the object itself in creating a painted image. Painters in the 1970s began to paint structurally oriented work after the breakthrough of Robert Ryman, who called his all-white paintings “New Realism.” Viewed collectively, the individual nuances of paint handling and the material choices of these different painters take on a hyper-attenuated importance. The sensibility for looking at monochrome painting might be compared to the set of attitudes and expectations a viewer would bring to pottery, with the caveat that marking has a more articulated function in painting. In radical painting, mark making—that is, drawing—serves primarily as a channel to get at the paint. The focus of the image, whether it is color-as-light or a kind of splaying of the material pigment, lies in the paint itself more than in what has been done with the paint. The present exhibition, although modest in scope, is important in its focus and the quality of the selection, a testament to the discernment of both Goodman and Duffy.