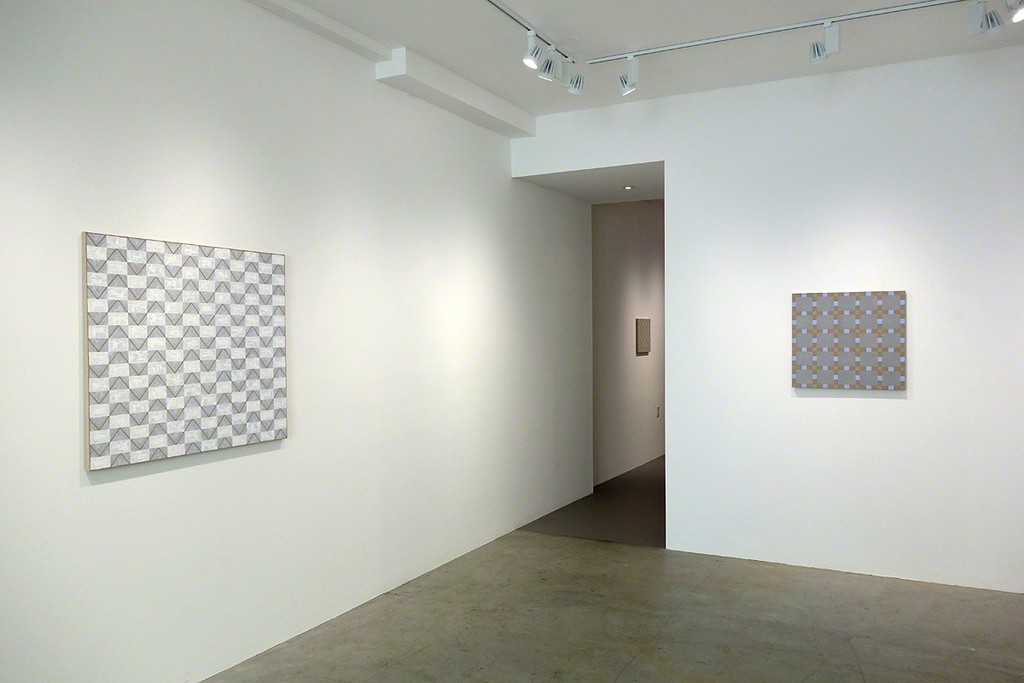 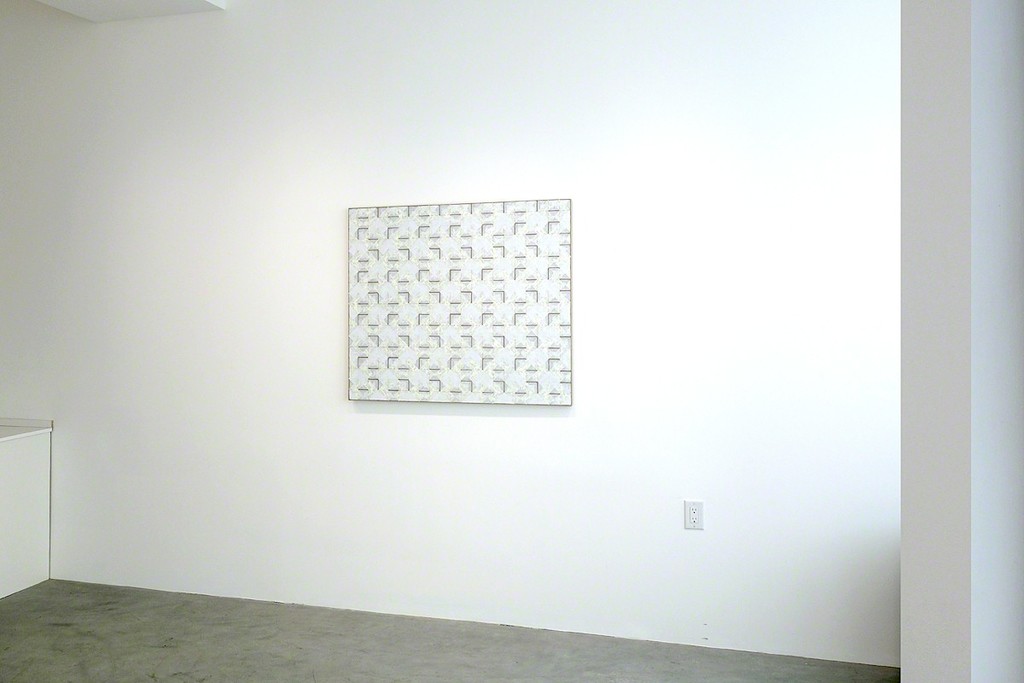 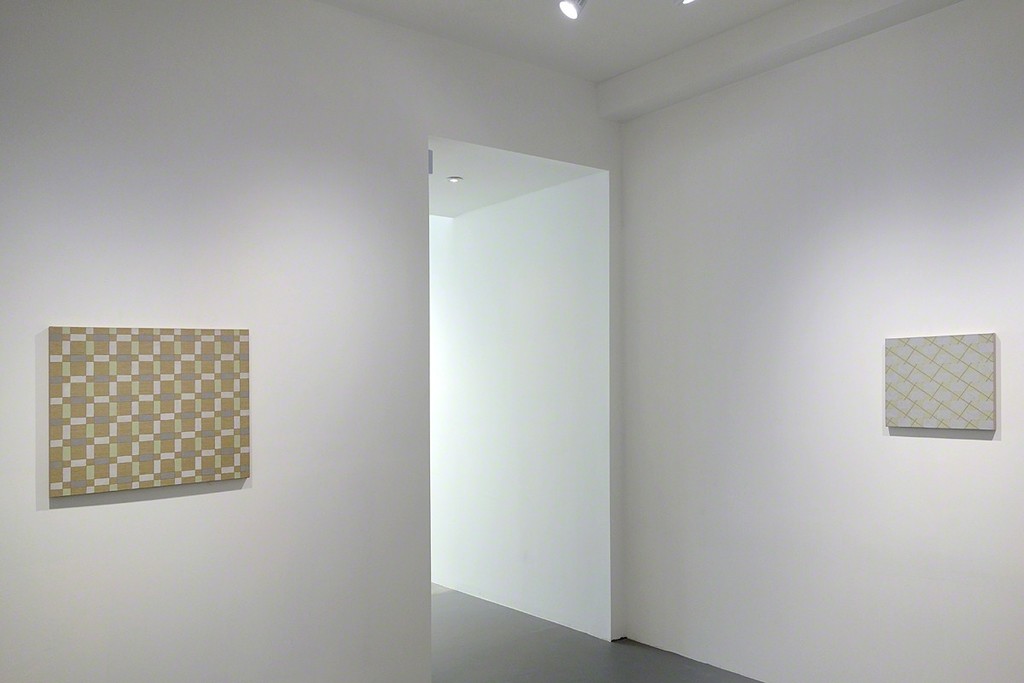 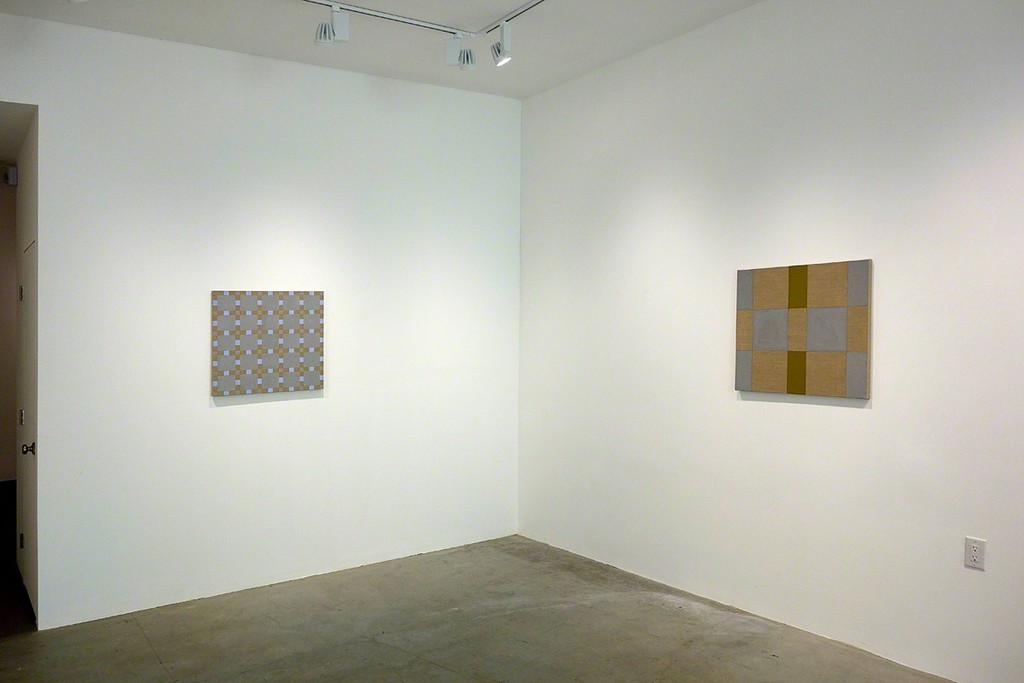 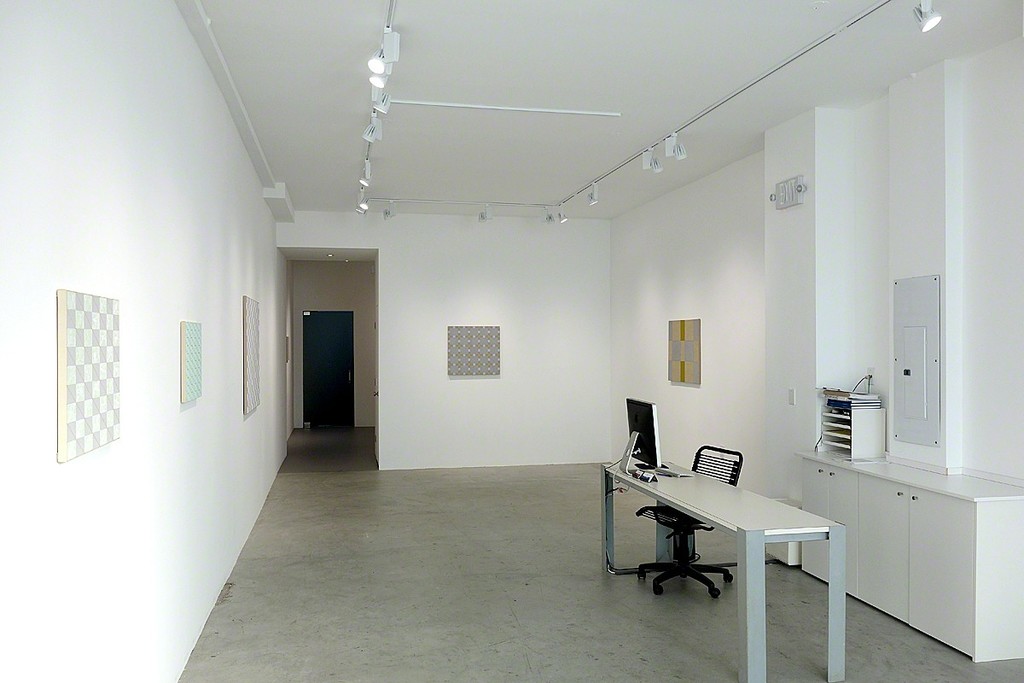 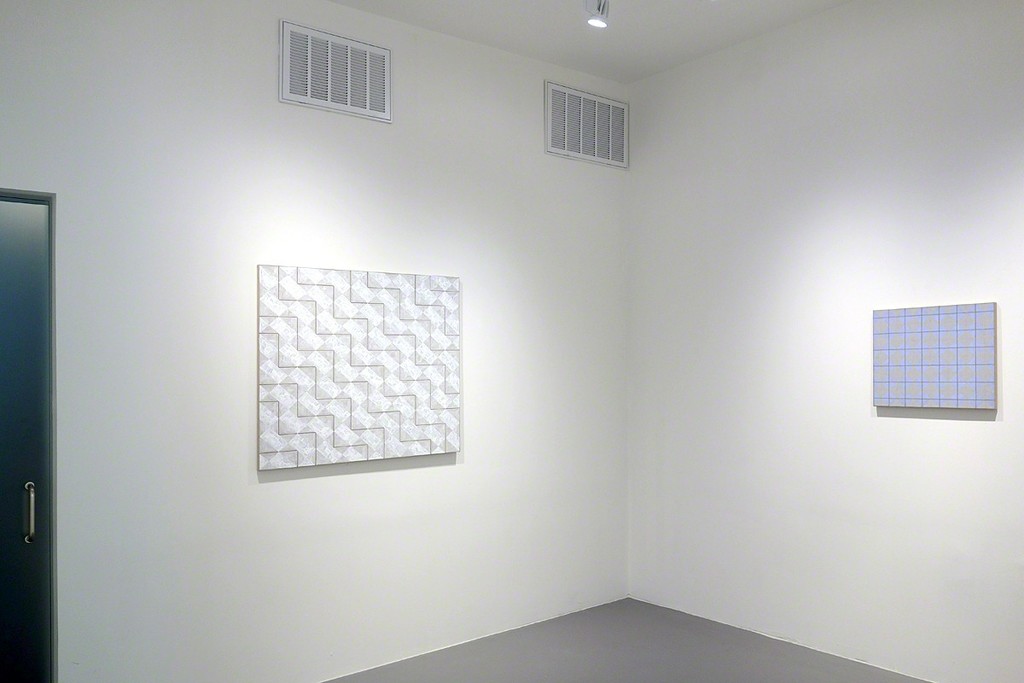 For exhibition 34 we are pleased to be showing recent paintings by California College of Art President Stephen Beal. This is his third solo with the gallery in addition to a two-person we mounted in 2011 with Stephen Westfall. The current exhibition was conceived as the second of two parts begun in Los Angeles with Beal's white paintings and culminating in the San Francisco venue with his colored linens.
Beal continues his ongoing exploration of the grid in seemingly inexhaustible permutations, both as a motif and as an organizing structure for applying paint. He extends the vernacular of touch enabled by his medium of choice, a buttery and matte acrylic gouache, by splicing in the inherent qualities of the varied linens he uses as supports. The third leg of Beal's formal triad is his underlying pencil drawing, also seamlessly grafted into the painted image. It is much to his credit that he is able to continually break new ground with the devices and strictures of an ever-receding historical framework, given how worked over the grid has been in recent art. Beal succeeds because the grid structure, as prominent as it is in his practice, is largely beside the point of his achievement. One maxim warrants repeating: the image is in the paint. If we want to see painting we must look at the paint. This is equally true whether the paint is wrapped around a grid or a seascape. In Beal's case it is wrapped around a highly attuned sensibility.

Stephen Beal received his MFA from the School of the Art Institute of Chicago in 1973 and has exhibited widely ever since. Many of these new works are documented in a 140-page book with 62 reproductions, Stephen Beal Whites and Linens, available from the gallery. The show runs through December 21.