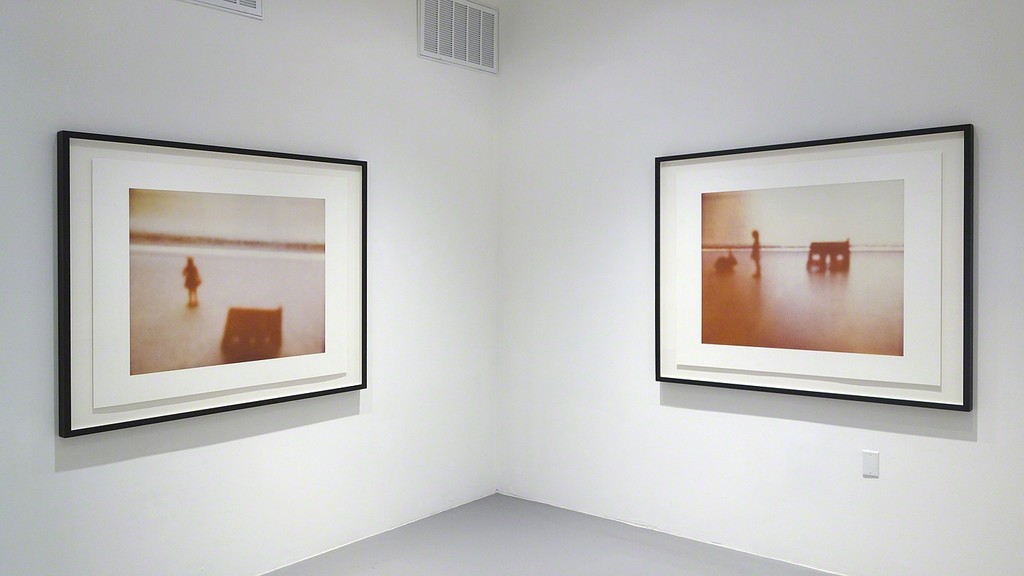 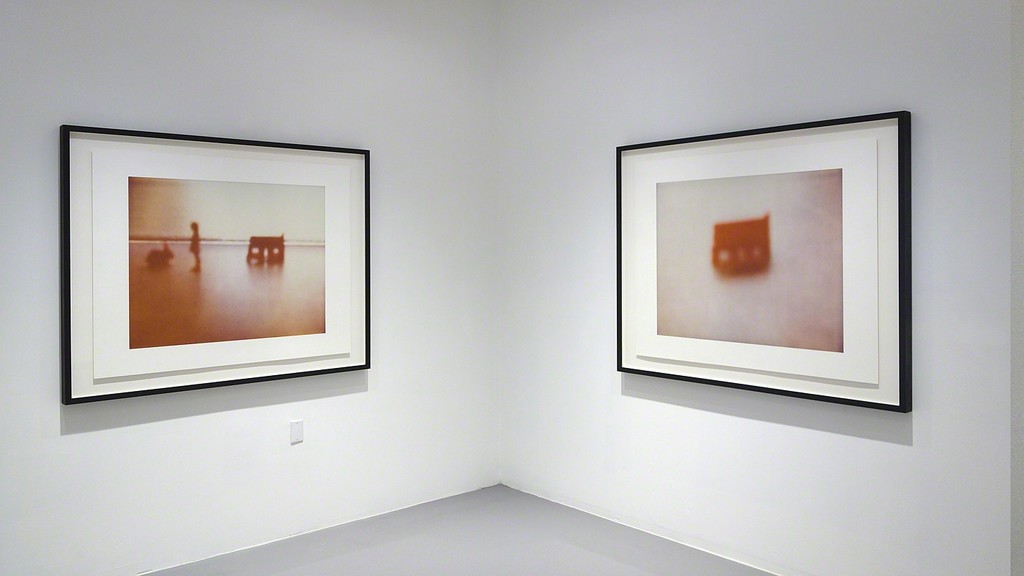 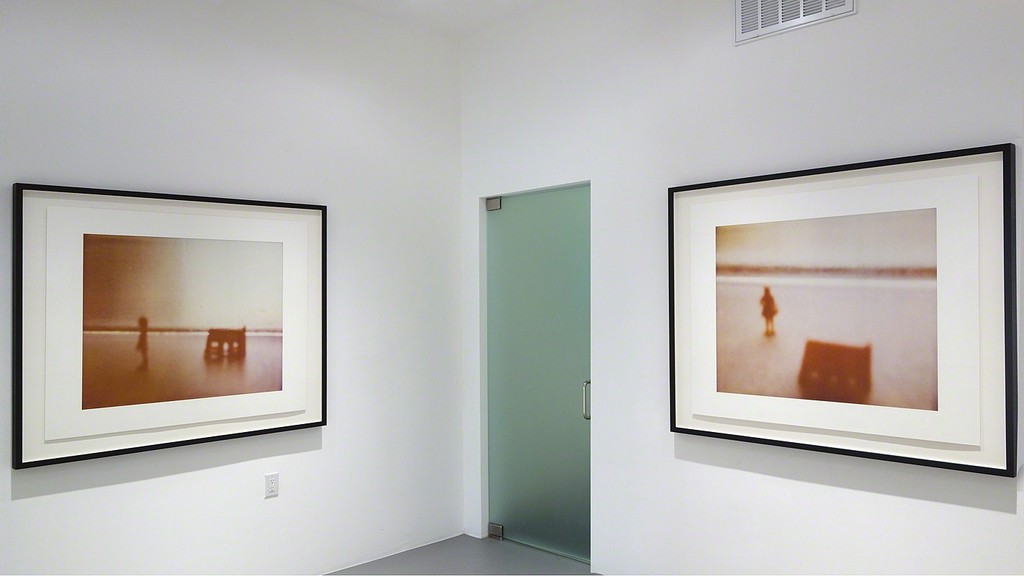 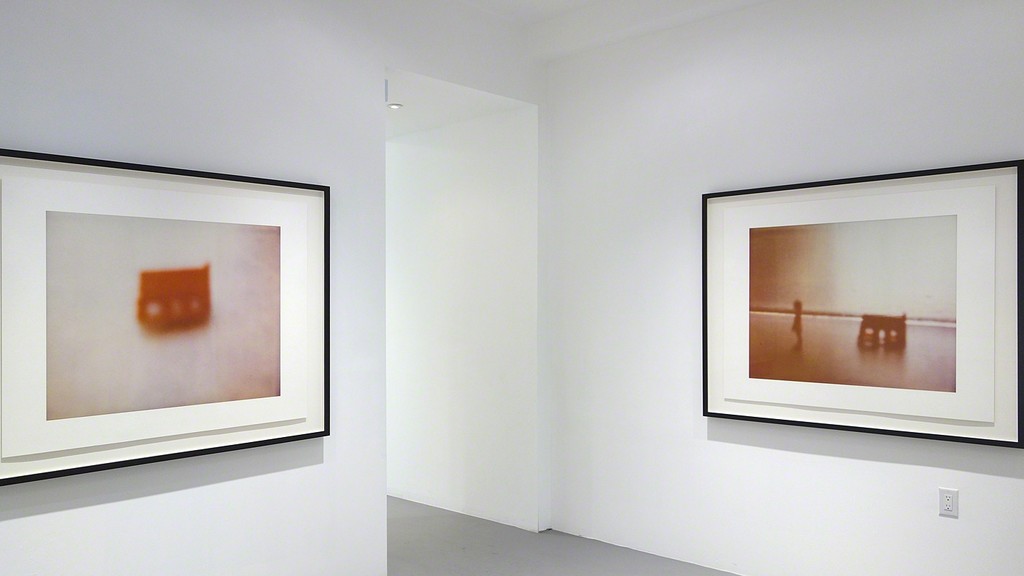 For exhibition 48 we are pleased to be previewing four representative photographs from Susan Mikula's new series, Picture Book. These works, large, framed, pigment prints, continue the tricks of scale of Mikula's previously exhibited u.X series, but with a shift in psychology. Whereas u.X used toy soldiers to peel back the ego's guise of militarism, Picture Book employs a repertoire of archetypes more associated with the subconscious Id, the self as a house, a rabbit and a female figure juxtaposed to one another against a shifting horizon. With this repertoire, Mikula explore the tethers of identity, and a balance of power as the protagonist prevails in a foundation-less world. Mikula is a master of narrative sub-texts. With her previous two cycles, American Bond and Thrill Show, she charted with a journalistic compassion the quandary of American masculinity. Picture Book addresses the big questions, ranging in tone from wondrous curiosity to quiet terror, and in the stretch, Mikula casts her intentional focus on the individual's place in the cosmos. Her imagery plays with relative scale, casting the contemporary dilemma against a larger, historical and perennial poignancy. This is Mikula's 5th solo exhibition with us.Two monograph publications, Mikula's American Bond and u.X, are available from the gallery.