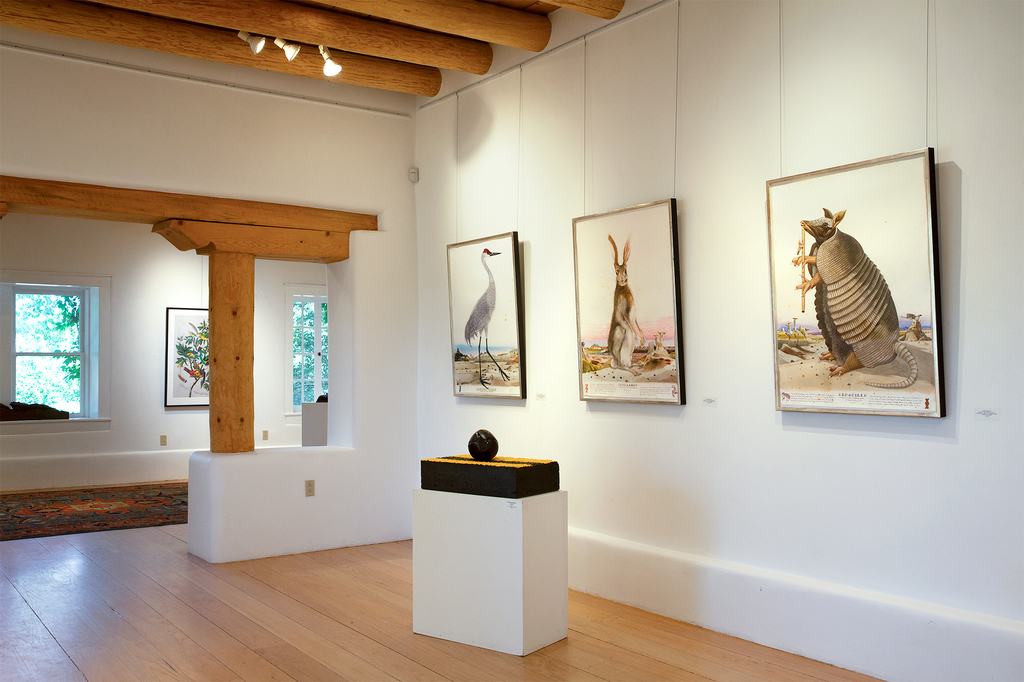 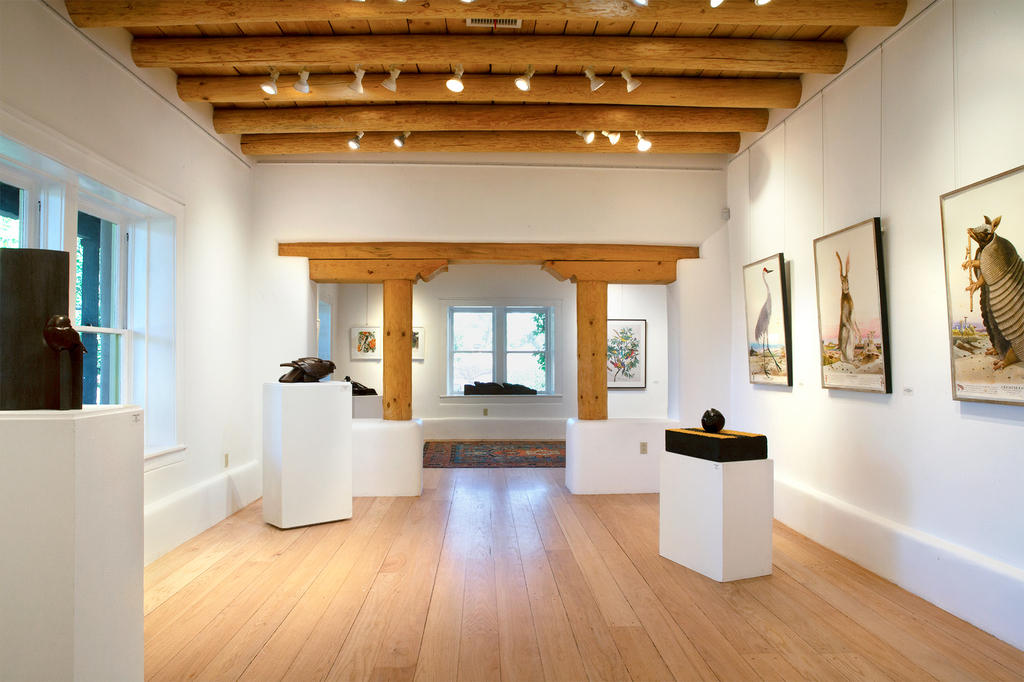 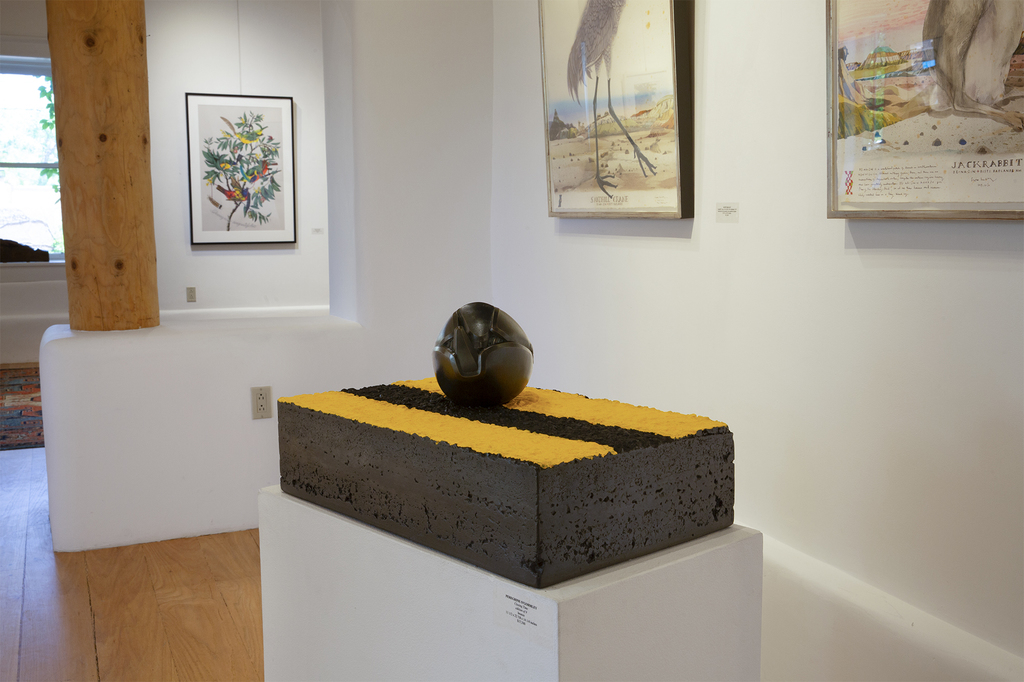 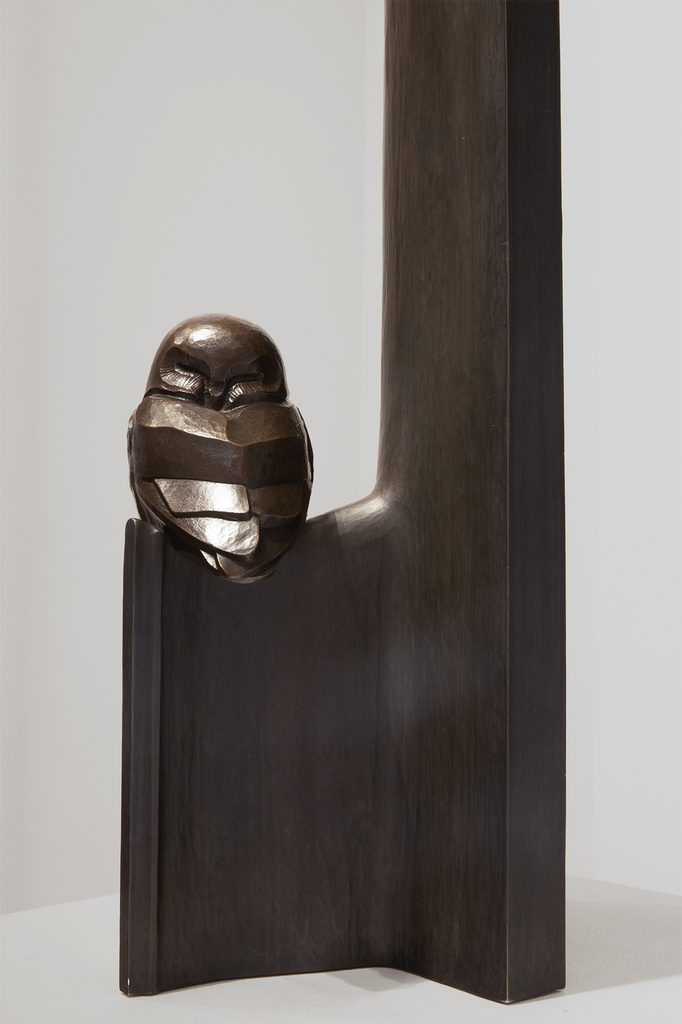 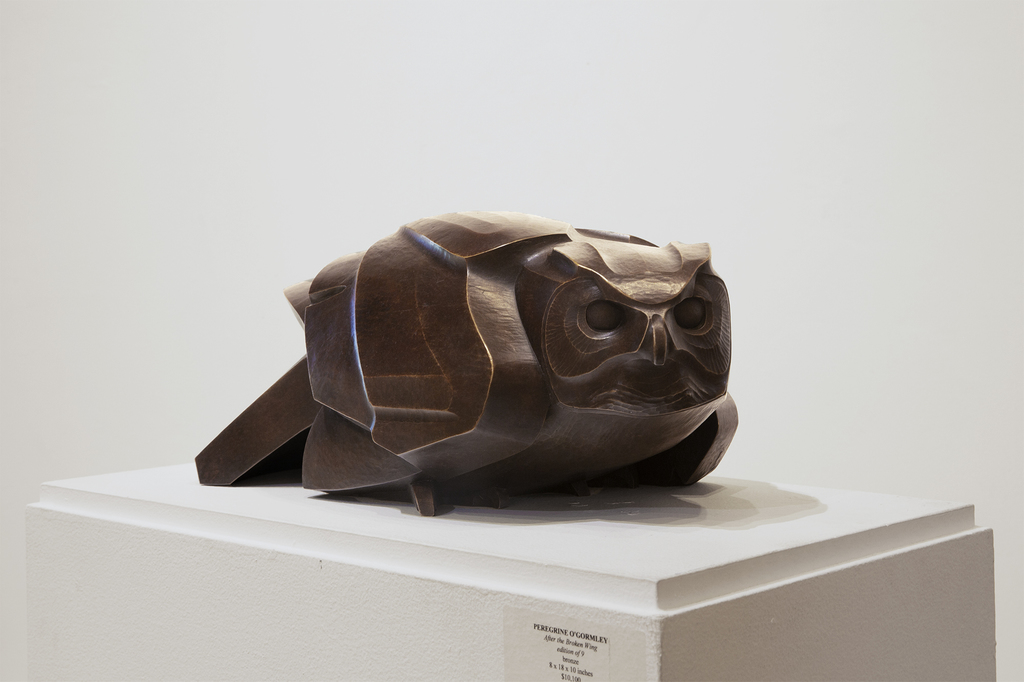 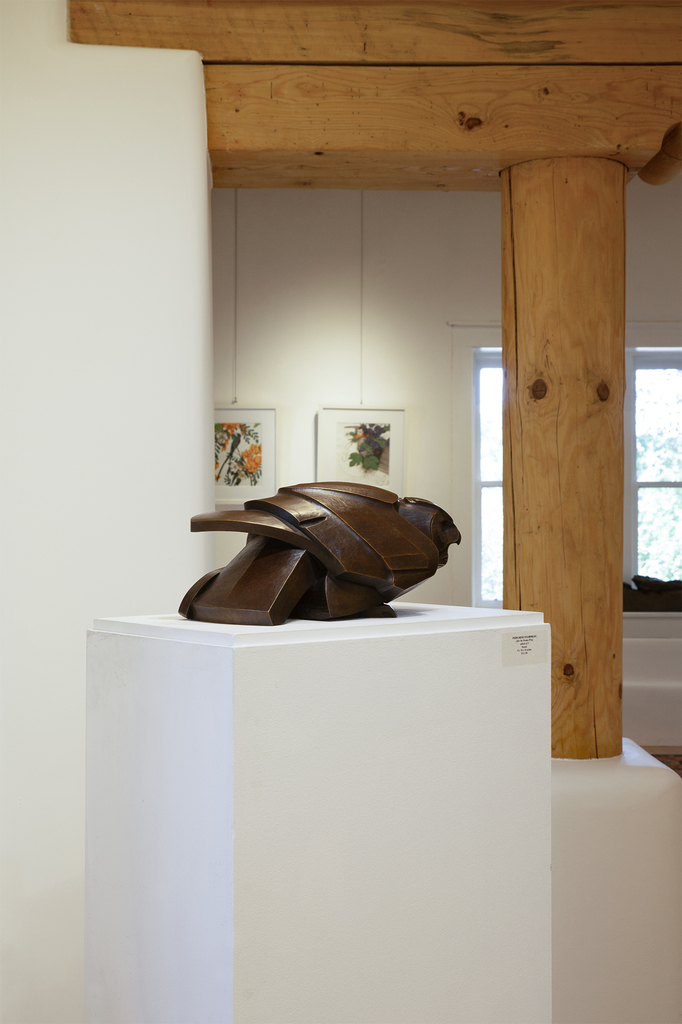 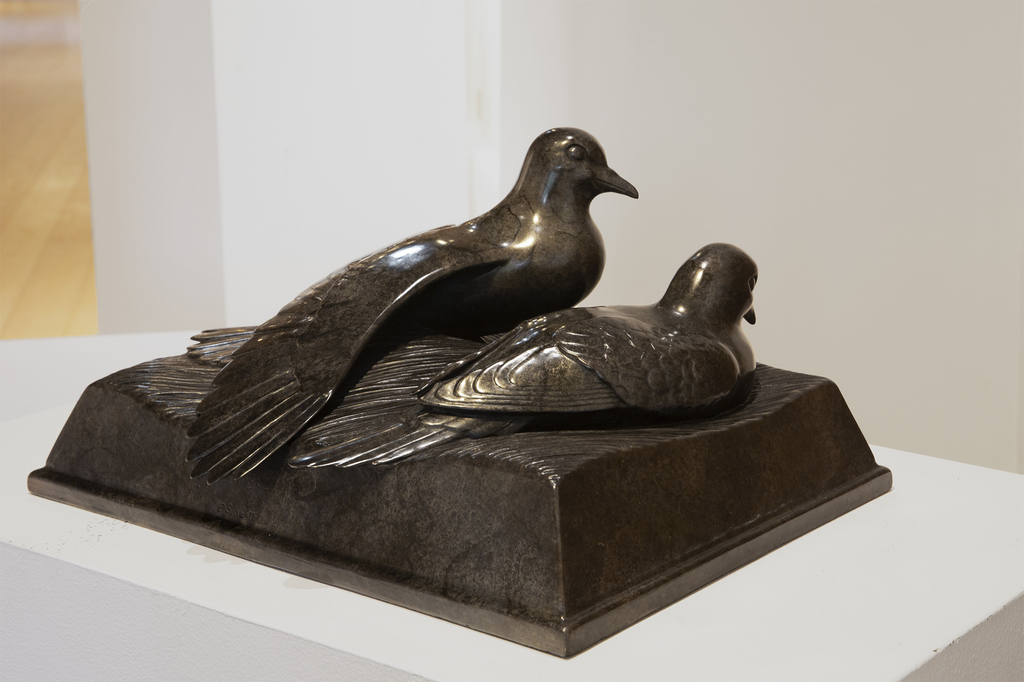 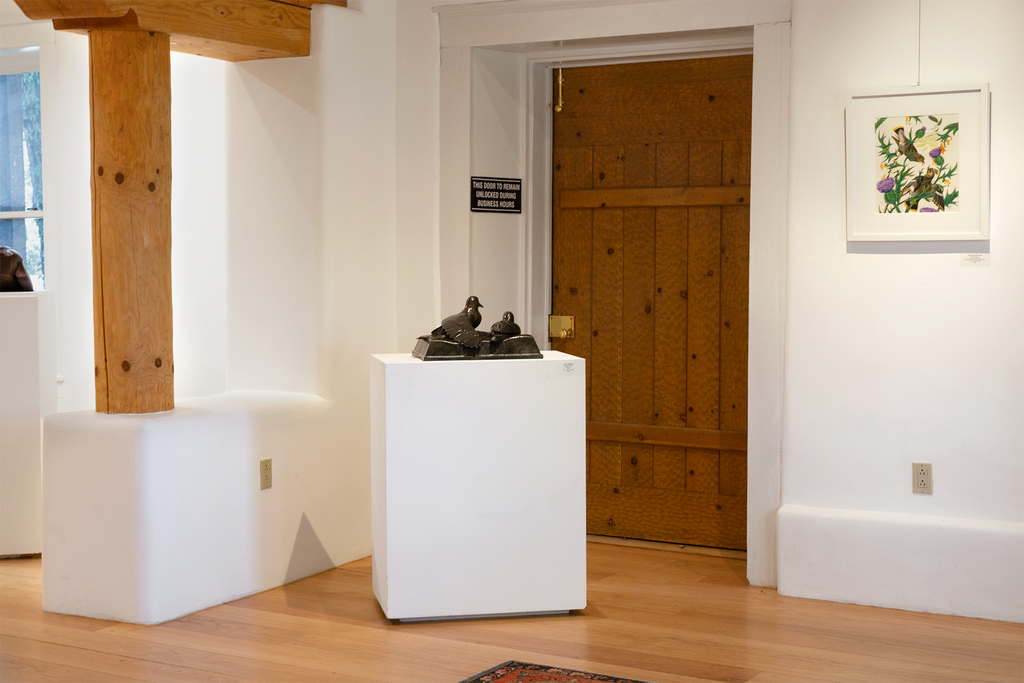 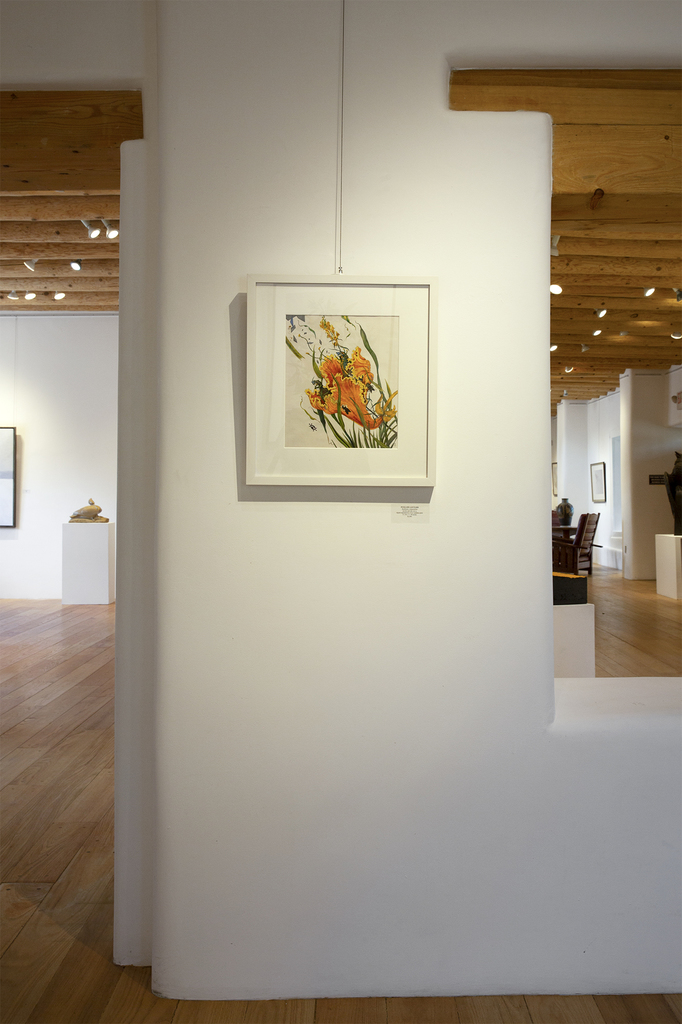 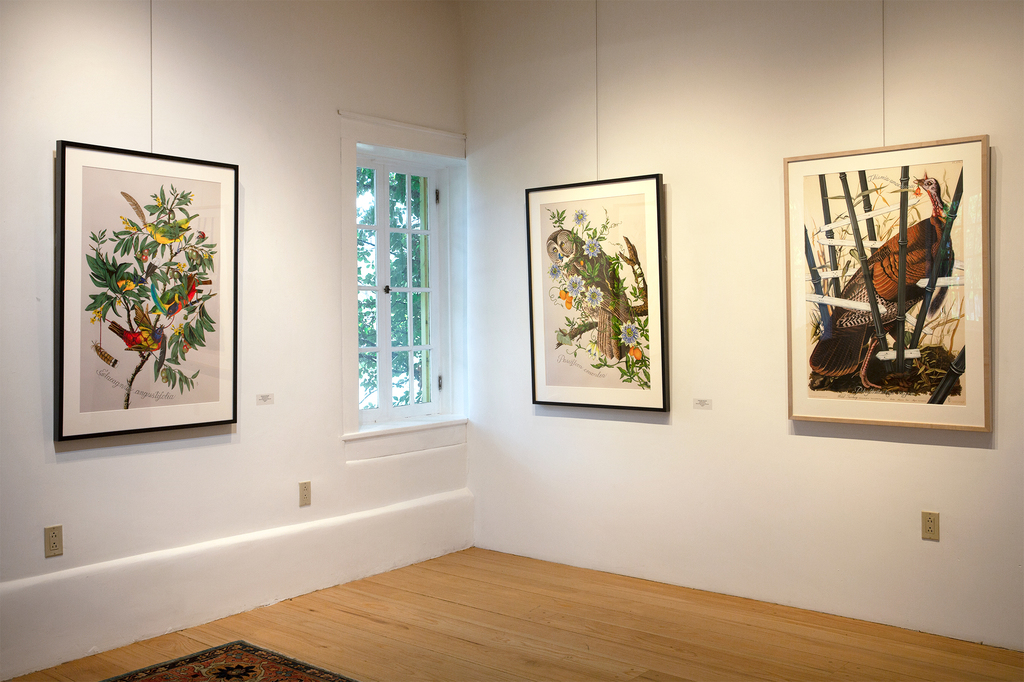 Penelope Gottlieb is an Emmy-award winning Motion Picture Title Designer and fine artist. After receiving her BFA from the Art Center College for Design in Pasadena, California, Penelope Gottlieb went on to earn her MFA from the University of California in Santa Barbara where she currently lives and works. Penelope Gottlieb is a painter who has uprooted the tradition of flower painting formally and thematically. In her Invasive Plants series, Gottlieb appropriates and significantly alters existing digital prints from the John James Audubon archive. Gottlieb depicts the ravages of a contemporary ecological phenomenon wherein non-native species are introduced and overtake the balance of its delicate ecosystem.

In these paintings, I reconsider the iconic 19th century imagery by girdling the Audubon birds with tightly woven bands of invasive plant species. The images stage an invasion of this historical imagery, enacting the ravages of a contemporary ecological phenomenon wherein non-native species are introduced into an environment and overtake the balance of its delicate ecosystem. By problematizing the renowned ornithologist’s idyllic representations of natural history, I present a revisionist vision of nature in its current state of compromise and literal bondage. – Penelope Gottlieb

Colorado sculptor, Steve Kestrel, carries on the legacy of such prominent 20th century sculptors as José de Creeft, William Zorach, and Constantin Brancusi. Striking a balance between realism and symbolism, Kestrel creates representations of animals that both reflect his respect for the materials and for the innate essence of his subjects. Whether working in smooth, elegant bronzes or the rougher lines of granite or schist, Kestrel’s sculptures reflect the inspiration he finds in the landscape of the American West and the profound and dramatic changes that landscape has undergone in recent decades.

Every piece is an experiment. Sometimes the stone suggests what it wants to be and at other times I have an image in my mind and look for a stone to accommodate the idea. If I had completely worked out my ideas and image before I started carving, I would probably never do them. These are not an exercise in what I already know, but are explorations of what is unknown and mysterious to me. – Steve Kestrel

Scott Kelley received a BFA from The Cooper Union School of Art in New York City. He then attended The Slade School of Fine Art in London, and was a fellow at the Glassell School of Art in Houston. After completing his fellowship in Houston, Kelley moved to New York City and began working for artist Julian Schnabel. Kelley began drawing and painting from nature upon moving to Long Island where he was inspired by the natural world around him. Kelley now lives on Peaks Island, Maine, where he works from his home studio. His detailed watercolor and gouache paintings of animals, birds, and other objects from nature are inspired from a recent trip to New Mexico. This is Kelley’s first exhibition with Gerald Peters Gallery.

Drawn to extreme places, I had no idea that New Mexico would prove to be so VERY extreme. It was like an endless, looping reel of old Star Trek sets - everywhere I turned there were hoodoos and mesas and hillocks of primeval mud in acidic colors. And then there were the animals: the bison and jackrabbits, pronghorns and Sandhill Cranes, and - one very early morning - a roll of very determined armadillos crossing a dirt road already 20 miles from absolutely nowhere. It was all - all of it - completely unexpected, beguiling and even, at times, seemingly very much divorced from reality. As if there is no there there and yet - everything is, well... there. – Scott Kelley

From his early visits to Canada and Alaska, Peregrine O’Gormley gained a deep appreciation for Northwest art and was enthralled with the breathtaking landscape, its wildlife, and origin myths. O’Gormley received a degree in biology from Colorado College and works from his home studio in northwestern Washington, sculpting nearly all of his original work from wood. With many of the wood originals, he takes latex molds to produce bronze editions. O’Gormley exhibits broadly, including the Bainbridge Island Museum of Art, Leigh Yawkey Woodson Art Museum and the National Museum of Wildlife Art.

My work is grounded in the wonder and beauty of common living forms and materials, while maintaining a keen eye to the profound changes we are witnessing in our global ecology. The subjects of my work relate to elements of human experience conveyed via surrogate living forms. Though anatomically respectful, they convey a feeling and a spirit rather than precise emulation. – Peregrine O’Gormley

The Santa Fe gallery is currently open Monday through Saturday by appointment only. For all press inquiries contact Maria Hajic +1 505 954-5719 or [email protected].