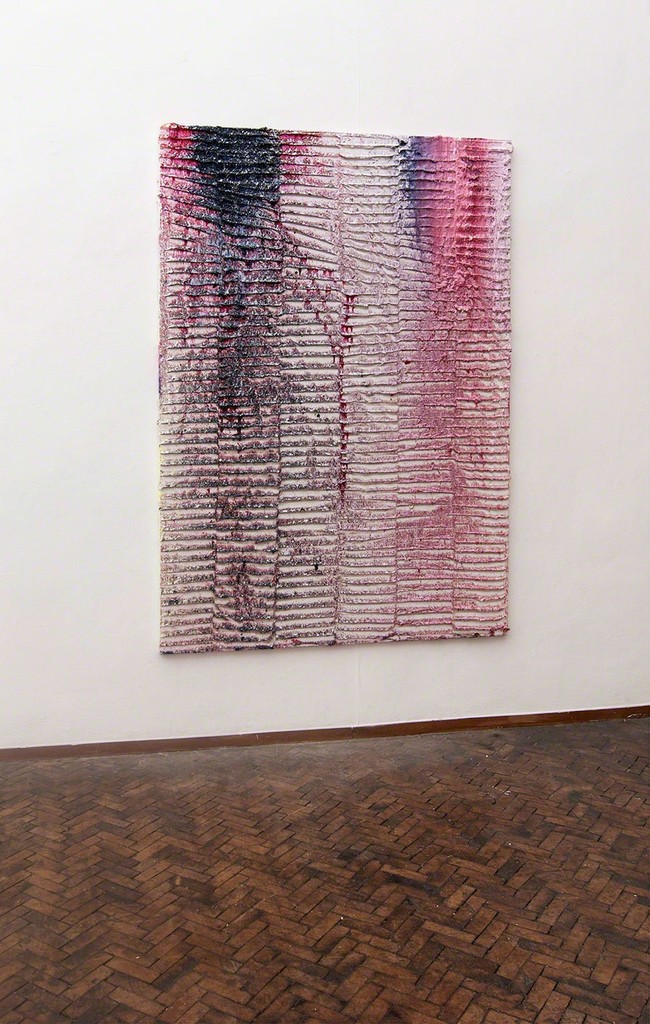 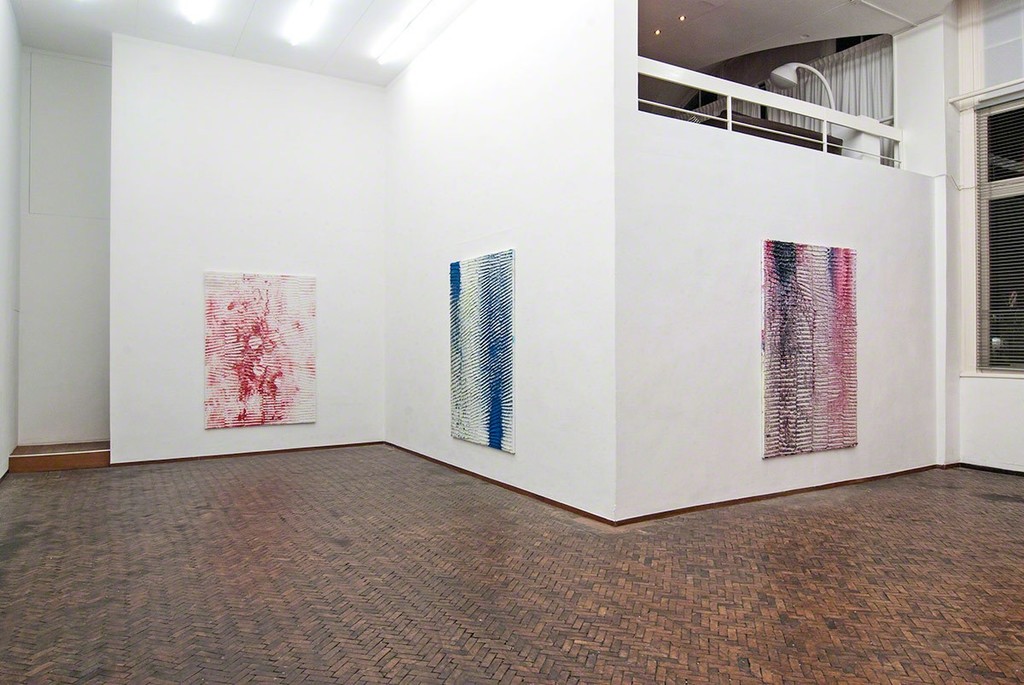 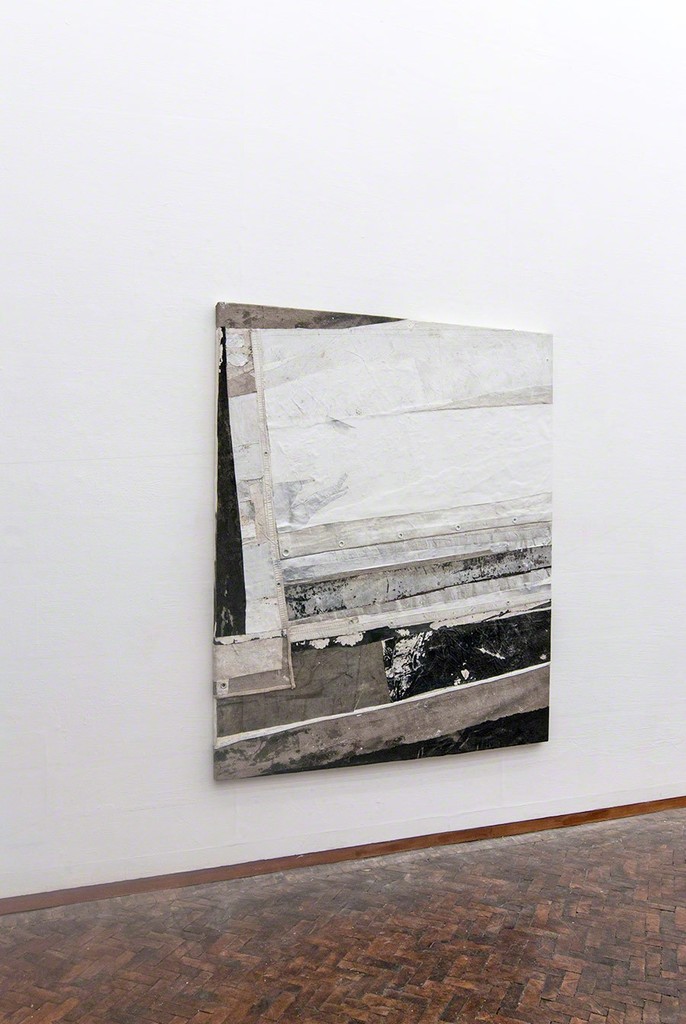 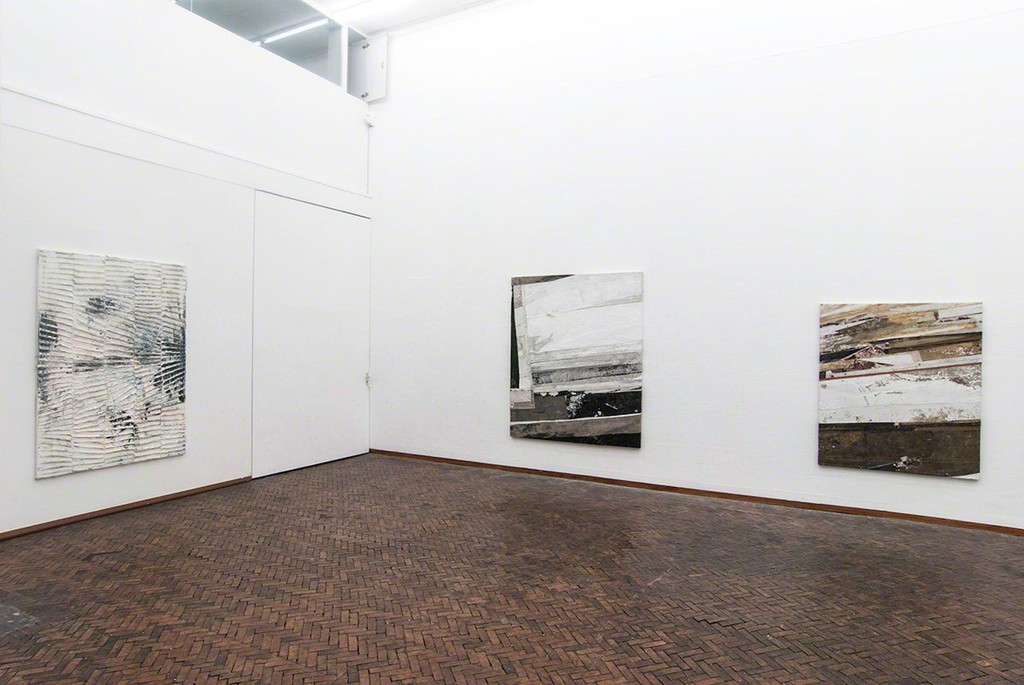 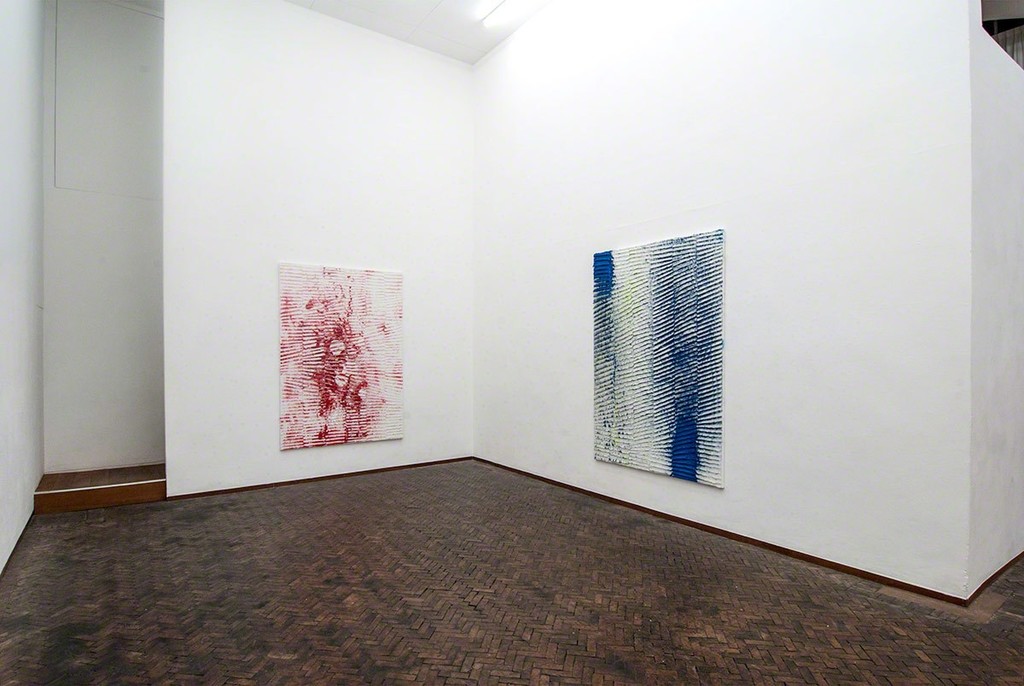 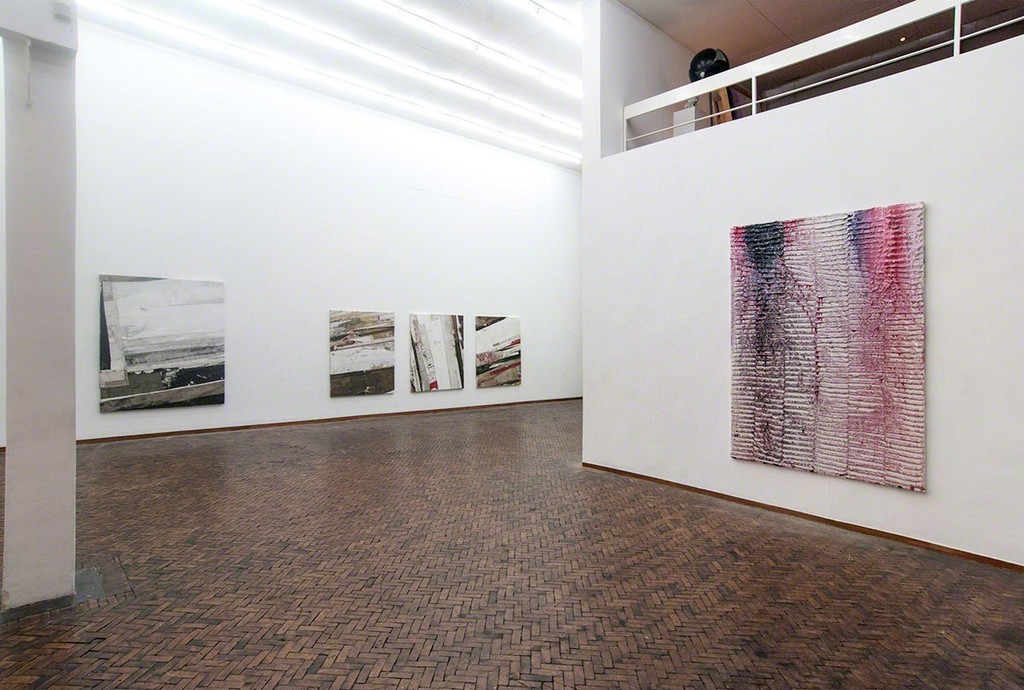 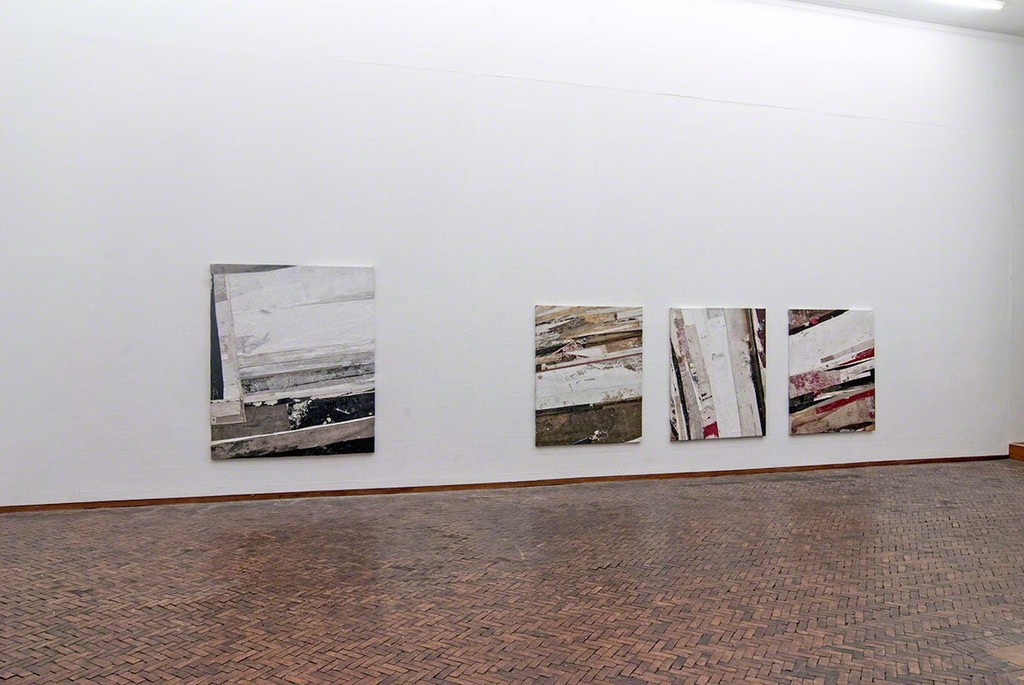 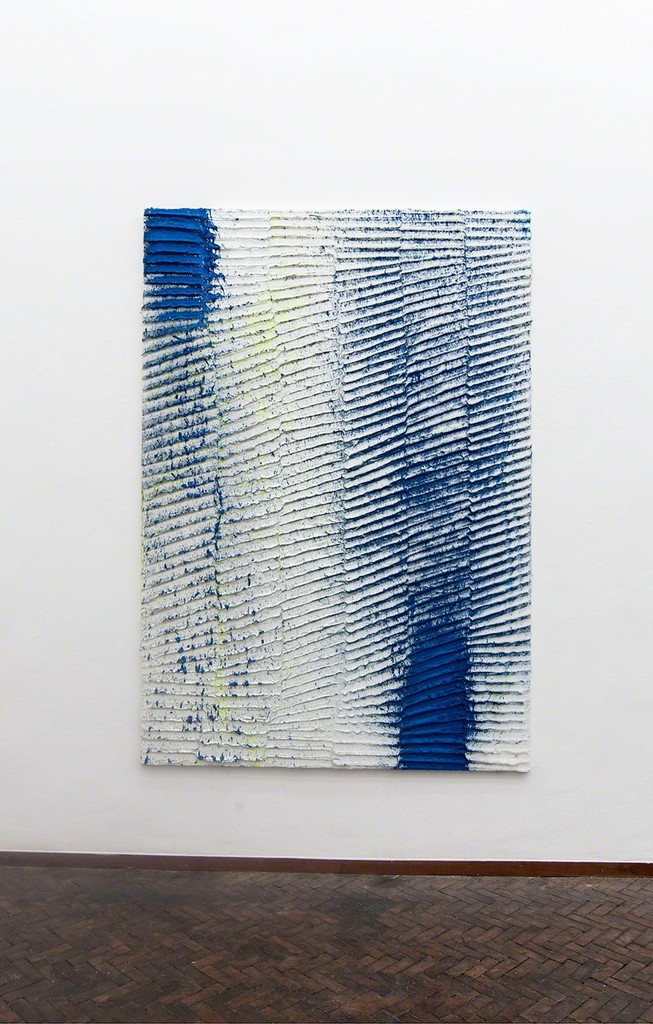 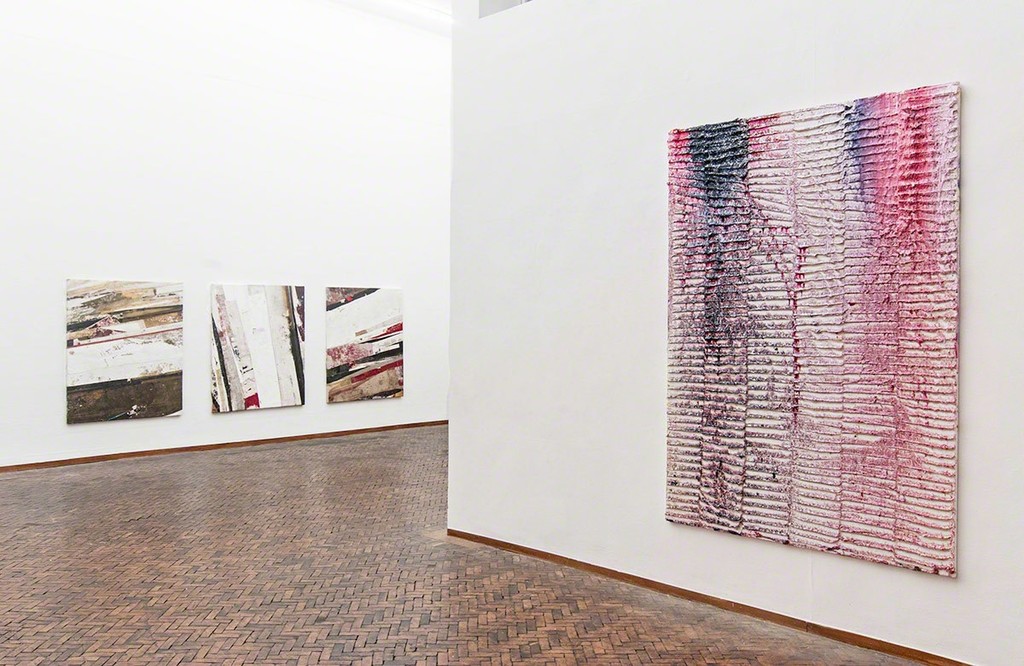 For the first time Galerie Gerhard Hofland will bring together the works of Koen Delaere (1970,
BE) and Ryan Wallace (1977, USA). This is the third time that Delaere’s paintings have been
exhibited in tangent with another abstract artist at Gerhard Hofland, after the French artist Jean-
Baptiste Bernadet in 2013 and Daniel Schubert in 2014. This installment brings together two
artists that both use abstraction to playfully emphasize layeredness and dynamism at work. Ryan Wallace‘s paintings are shaped through his use of materials, which combine intentional mark making and discarded studio detritus. This convergence of the accidental and the authored, gives his canvas works a sculptural tension that creates complex multidimensional and nonlinear spaces. By limiting his palette to neutral colours, with the exception of hints of warmer reds and golds, the works optimally lend themselves to the exploration of formal characteristics inherent in the different materials, especially the relationships between the different textures and surface light. This fragmentation of matter reads as brush strokes, ultimately creating an aesthetic composition that flirts with the history of abstraction and painting.

Ryan Wallace was born in 1977 in New York, NY. He is a graduate of the Rhode Island School of Design, a Pollock Krasner Foundation Grant awardee. He has exhibited at Susan Inglett Gallery, New York, Marianne Friis Gallery, Copenhagen, Denmark; The Torrance Art Museum, Torrance,

Moore Gallery, Los Angeles; and Cooper Cole Gallery, Toronto among many others. Wallace