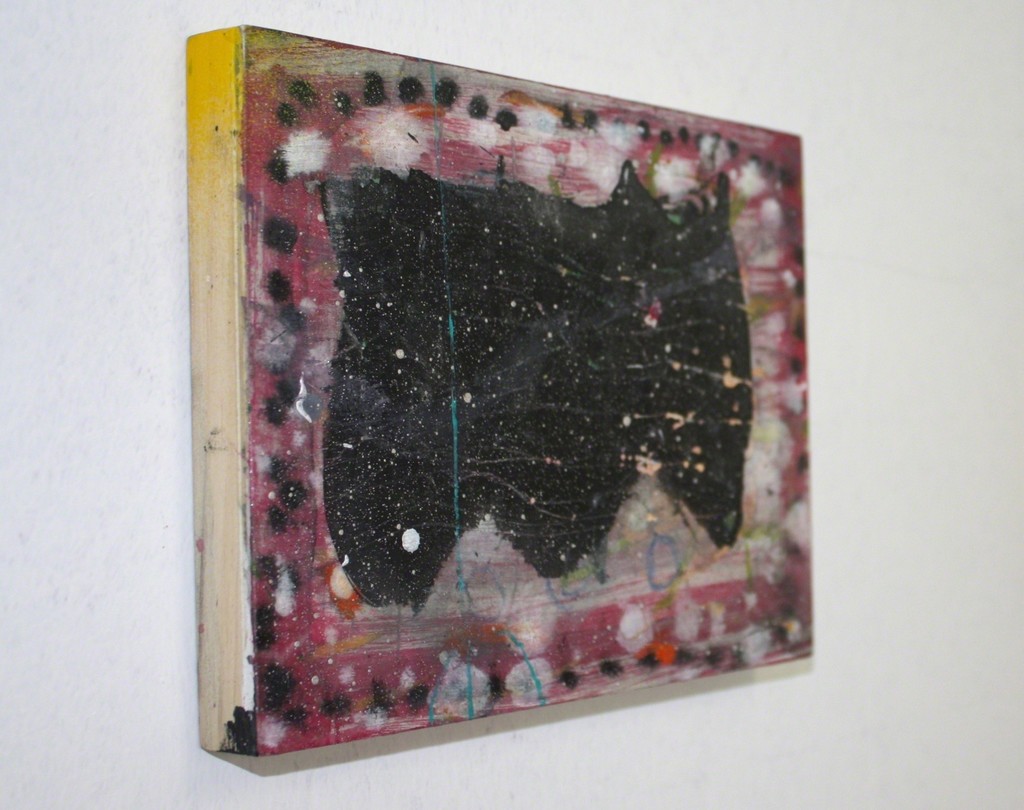 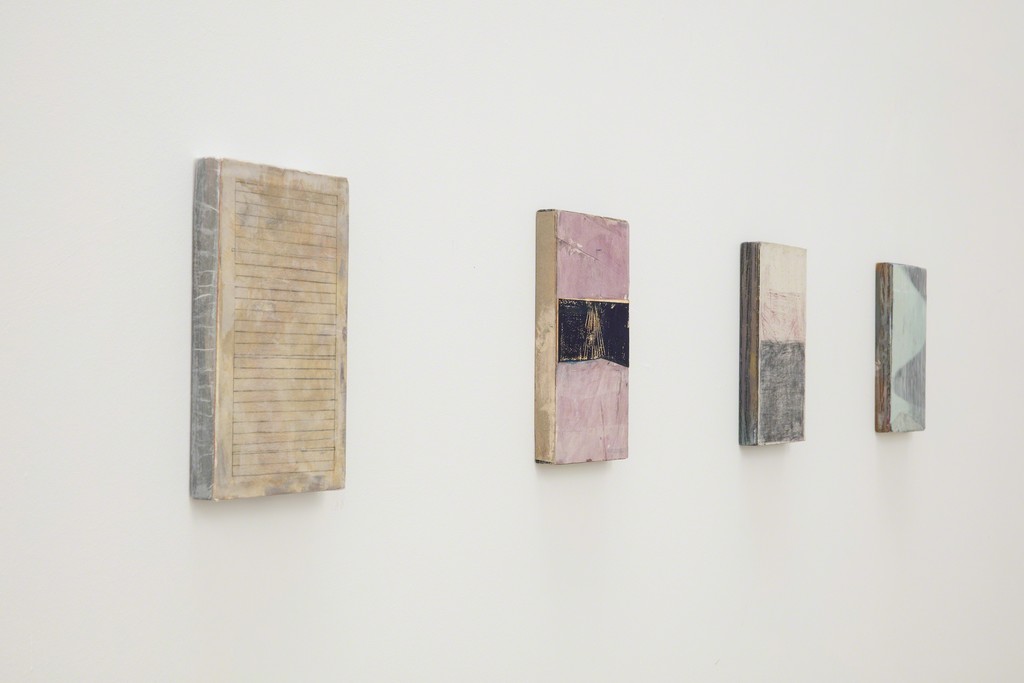 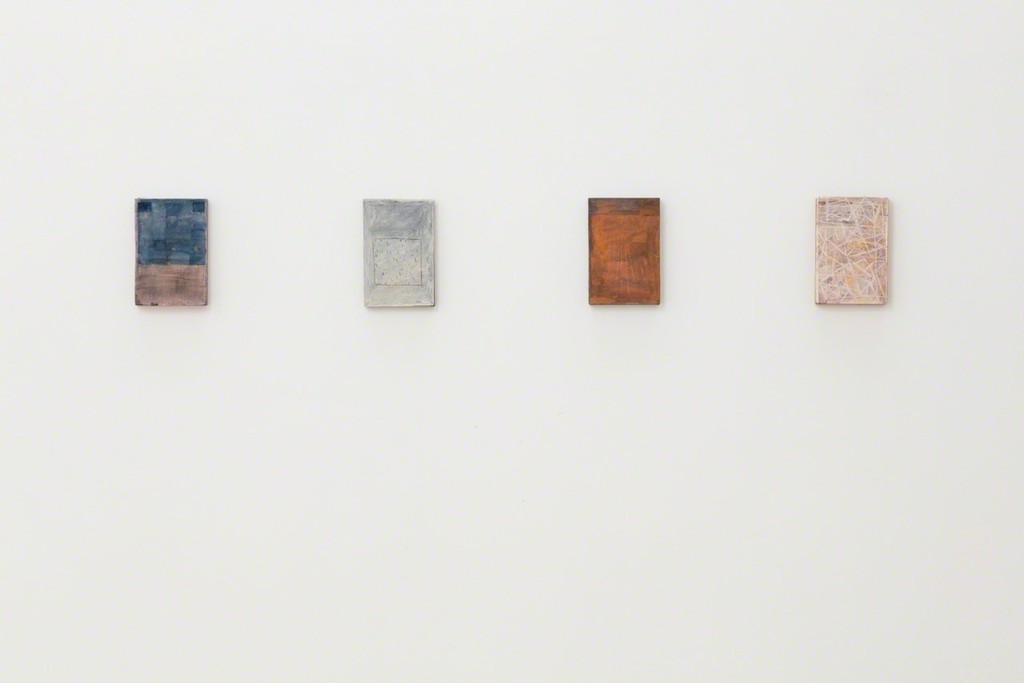 Marty Kelly has given visual form to an embodiment of mind and spirit through the means of painting for almost 20 years. Today he continues to experiment with new formats and forms, and new applications of paint to convey his interests.
September sees Gibbons & Nicholas Gallery (Ireland & USA) present a collection of new works by Kelly at Start Art Fair in Saatchi Gallery, London.
These paintings explore empathy, identity, perception and the human condition alongside his interest in Tachisme, Outsider Art and American Modernist Painting. His current practice reveals a strong and growing influence of Oriental arts and philosophies. Kelly's work recalls the floating world images of Japanese Ukiyo-e and the brilliance of colour of Persian miniatures and as in Chinese painting principles, Kelly values the tuning in of vital spirit over any technical wizardry. The 'spiritual' content in the images is deepened from this interest in eastern philosophy and meditation.

Oriental art takes care of spirit over personality. In this tradition, Kelly identifies the physical world as a dream-like realm. Realistic perspective is discarded and the unnatural rendering of landscape, scale, colour and forms, challenges our understanding of the world. The intention is instead to see the inherent nature, or essence, of the world. Here we can leave illusion and focus on the boundless or eternal. (This is in contrast to another strand of Kelly's work whereby he casts a satirical eye on the daily nitter-natter of life and the mind).
Eastern thought concentrates of the 'suchness' or 'isness' of things. It is the remembrance of this 'suchness' that compels the artist to work. The painting activates the space between thoughts. This emptiness gives way to every possibility.

Kelly works a lot with 'all-over' painting style, with the emphasis on process and rolling perception, observing but not dissecting. In these spaces, he juxtaposes line with mark, layers colour films, sands and paints and paints over.
The journey is of action and consideration. There is, therefore, a practice of flow for both maker and viewer.
Though there is adventure, there is intently no grand display of action. At most these works vibrate gently. Mistakes are left or harnessed as part of the balance of the painting plain. Control is taken away through, for example, working upside down and working in low light. These processes not only foil the inclination to be showy, they also foster understanding and nourish instinct.
A cast of figures appear in some works. They are assimilated, painted and wiped out, as ghosts, or they are left standing. We are invited to elaborate, as a premeditated narrative does not bind them.

Marty Kelly – Background
From the beginning, Marty Kelly was concerned with contextual aesthetics. The relativity of place and light was foremost to him in the portrayal of his early ‘figurative landscapes’ where built vistas and spatial surroundings were as implicit to his painting as the figures that occupied them. Kelly’s inherent understanding of colour and light enabled him to evoke a sense of place and mood through subtle variation and intensity of hues. His technical application was confident, direct and unfussed; forms were defined with a leanness of visible strokes and free of rendered detail. In particular, Kelly refrained from squandering light. He understood the power of light well and reigned it purposefully, communicating emphases – as well as intentional ambiguities. This sense of vague abstract concerns, hovering within the field of Kelly’s otherwise forthright elements of form, colour and marks, created a dichotomy that heightened the alluring quality of these early paintings. It also foreshadowed work that was to follow.

It was this synergy that set Kelly’s paintings apart, challenging much of the expressionist figurative painting that was being produced in Ireland at the start of the millennium. Born in 1979 in the town of Carndonagh, County Donegal, Ireland, Marty Kelly studied painting at the University of Ulster, Belfast. After graduating in 2000, his work came quickly into the public eye. His paintings began to appear in solo and group exhibitions by invite from galleries and academies in Ireland. Within a short time, attention in his figurative works moved outside his native country. The presentation of his work in international art fairs soon resulted in a wide-spread and escalated interest in the work of this gifted artist.

In 2005 the artist produced a body of paintings that was to reflect and define the basis of his investigations for the next five years: giving visual form to an embodiment of mind and spirit. Over the course of these years, Kelly traversed diverse territories, literally and metaphorically. His visual imagery began to draw from his personal reflections that were conceptual in nature. Beginning at home in Ireland and later in India, the Balkans, Spain and the Middle East he explored cross-cultural influences and concerns; he considered human responses to varying conditions and expressions of emotion. He experimented with new applications of paint and exacted new formats and forms to convey his ideas.

The culmination of these considerations was realized en masse in a body of work that he produced in Barcelona in 2009 - 2012. With former investigations stripped bare, Kelly formulates in this work the essence of ‘being’. Here he condenses the broad meaning ‘to exist’ to specific occurrences: the moments that surface between chaos, whether that is chosen and joyful or, imposed and destructive; the unconscious gestural interlude of a dancer between exhilarating moves; the resurrection of spirit in a little smile between atrocities.

Throughout this body of paintings, Kelly’s fluid figurative forms and small open faces bare an enigmatic beauty that whispers of disquieting truths, of chaos on pause. Baudelaire saw in Goya’s ‘beautiful’ and ‘distorted’ figures, “a love of the ungraspable, a feeling for violent contrasts, for the blank horrors of nature and for human countenances weirdly animalized by circumstances.” Kelly in these paintings does not portray the vestiges of chaos; rather, he portrays the beautiful essence of being that remains intact despite circumstances.

In 2014 Marty moved to Bristol and began working with asylum seekers & refugees in the UK and Calais. During this time he produced a body of work titled “There’ll be no Bloody Bluebirds”. Through playful imagery and humorous text he explores issues of unity and separatism and how we identify with each other through compassion, love, gratitude, acceptance, pity and fear. A video made by his colleague ends with Marty joining in an impromtu “sing song” with asylum seekers in Calais – a moment that merged cultures and spirit.
Marty Kelly has critical essays and descriptive texts on his work from six distinguished art historians, writers, lecturers, curators and critics. Dr Slavka Sverakova, Helen Carey, Dr Deirdre Mulrooney, Jane Eckett, Adrian Dannatt and poet Seamus Cashman offer their astute interpretations, perspectives and responses, with commentaries on the influences, concerns, imagery, technical development and consciousness that are perceived to have shaped Kelly’s work

“These paintings unearth some darker existential truths. As any painting worth its salt, they also refer to old anthropological concerns, who are we, why are we here, what are we supposed to do before we cross the boundaries of the earthly life. The emphasis is not any more on diversions into ambiguity or on sensuous pleasure evoked by the energy of colours, not even on the ecstasy of painting stillness.”
Dr. Slavka Sverakova