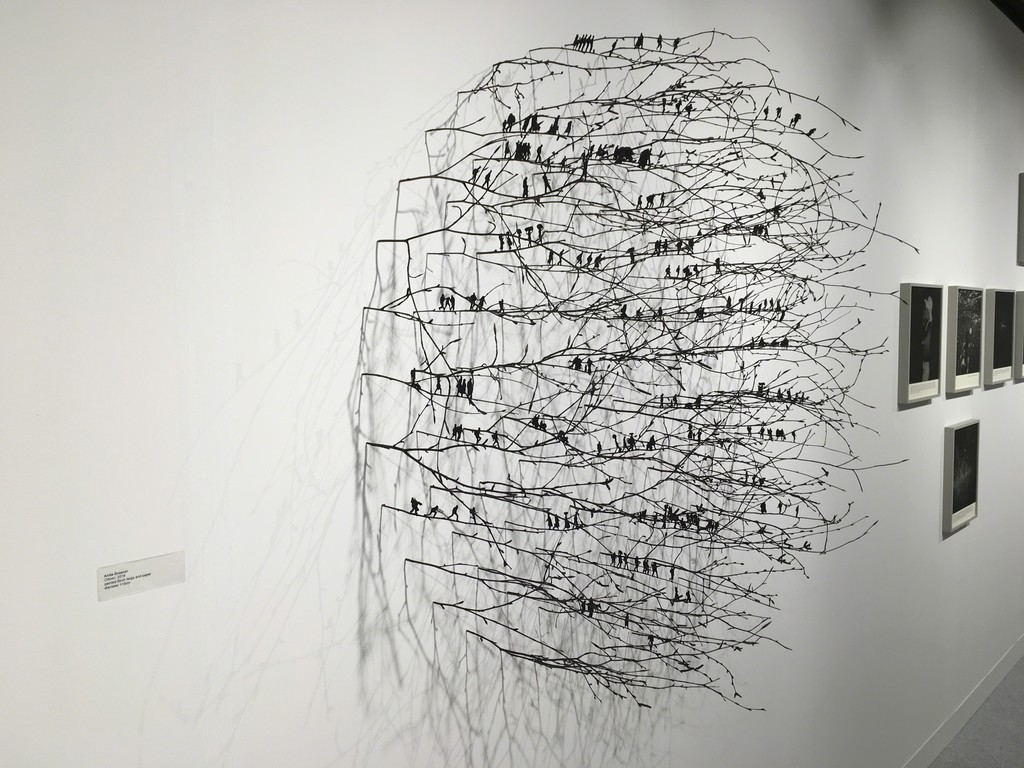 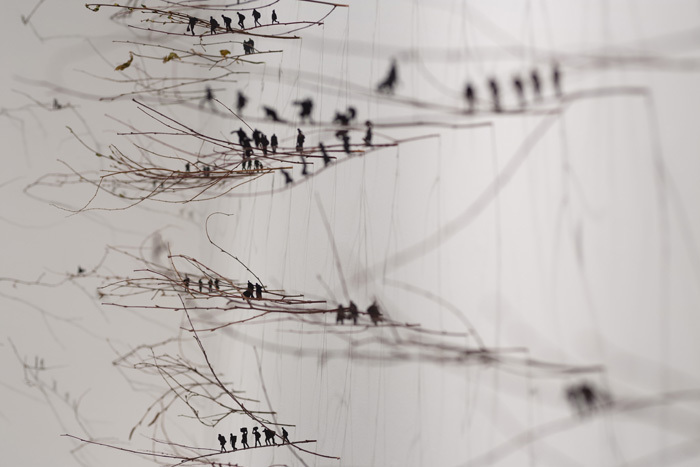 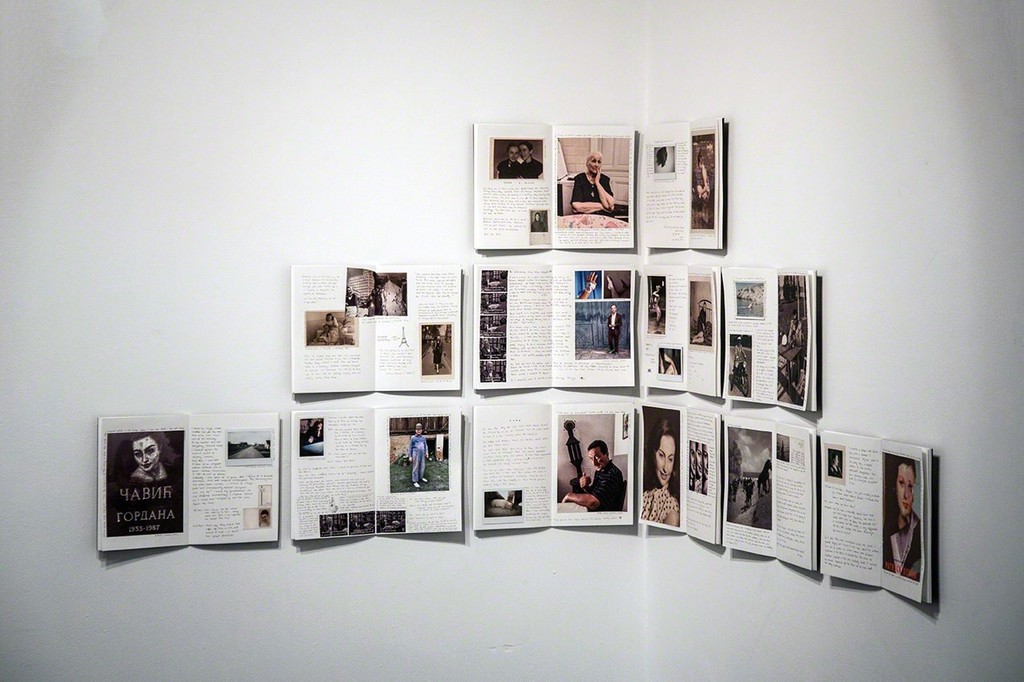 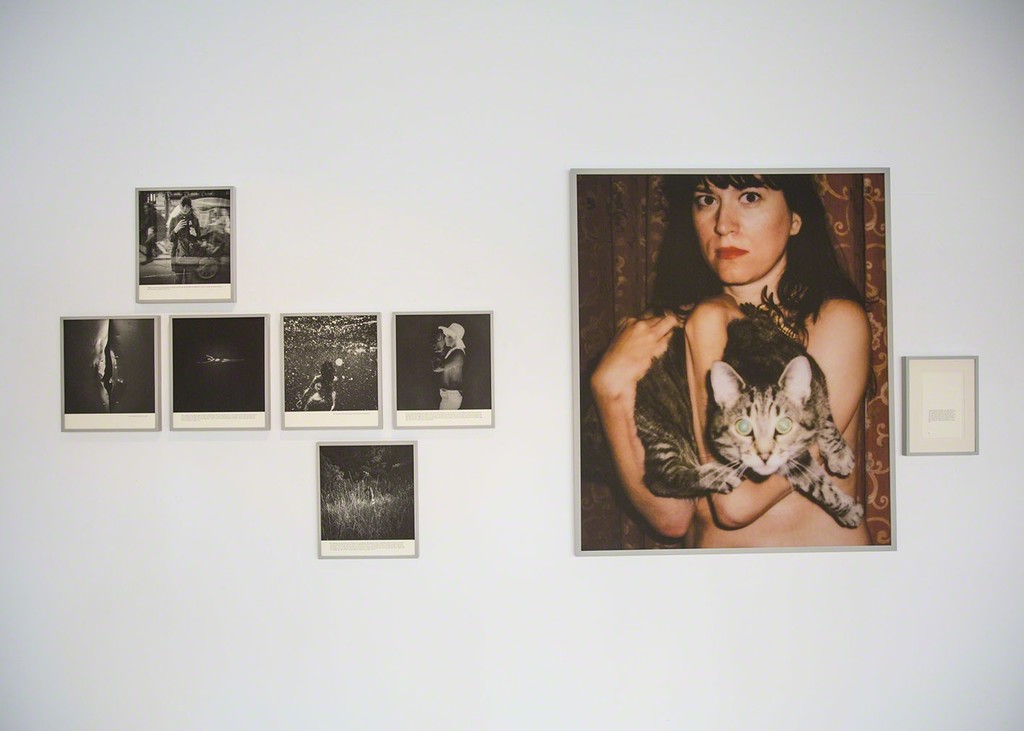 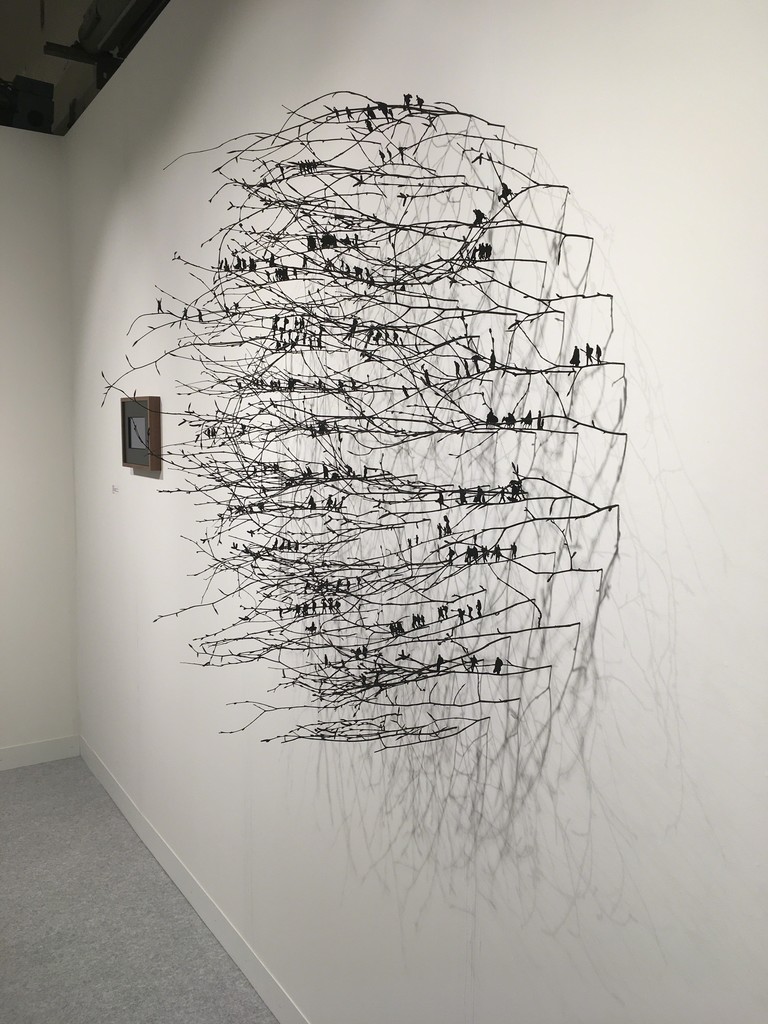 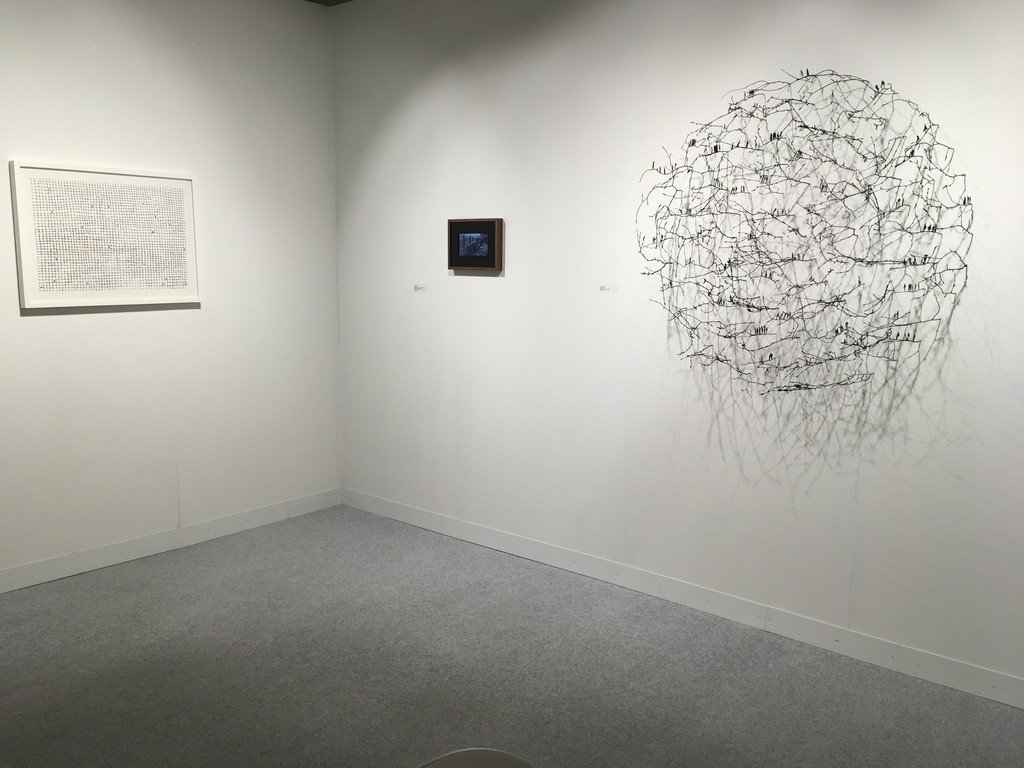 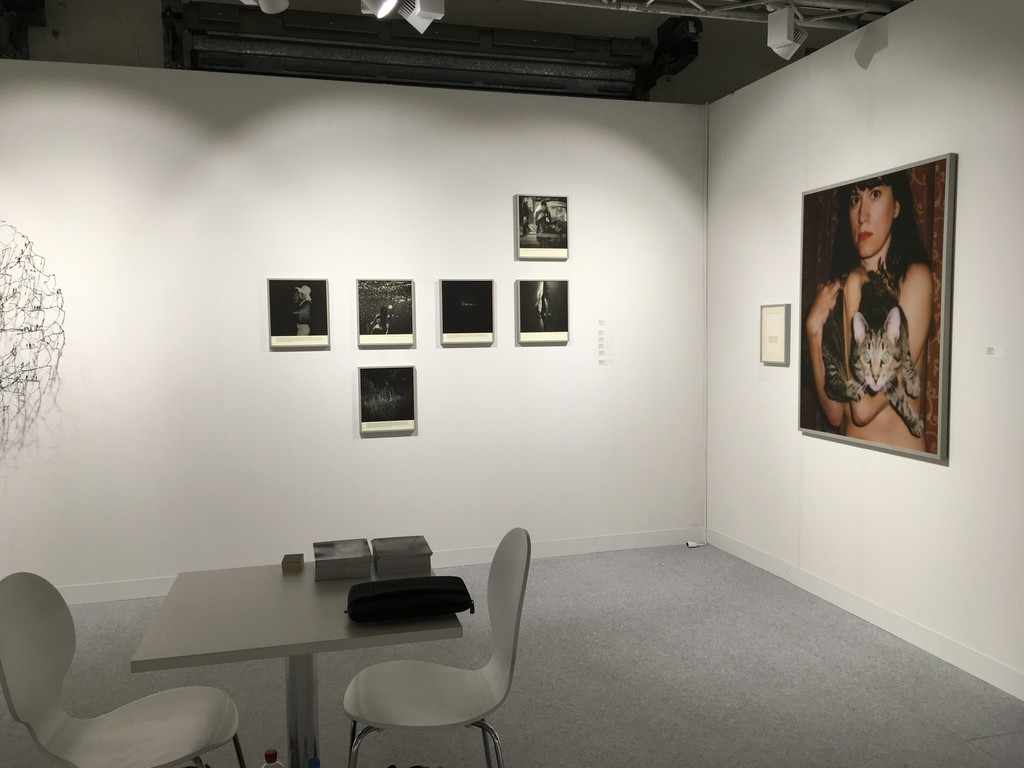 Anita Groener’s Citizen grapples with the recent phenomenon of refugees streaming across Europe on foot. A shockingly atavistic sight broadcast over the media, the images of people fleeing conflict and depredations, especially in Syria, with children and families in tow, carrying or dragging whatever is left of their possessions, have been burned into our retinas and psyches. Citizen, a new iteration of a body of Groener’s recent work speaking to the topic, perches scores of tiny cut-out silhouettes of displaced people on branchy twigs growing out of the wall in a circle. Their journeys take them through forests both real and metaphoric; their innumerable paths fork to destinations unknown. The artist derives the silhouettes from photojournalism of the refugee crisis found online. The precision of their outlines emphasizes their photographic sources, which in turn binds these representations in miniature to the real lives and suffering of the individuals pictured. The circular arrangement, perhaps, intimates the numbingly cyclical nature of the emergency and its causes, and the way that catastrophe spreads out in all directions, like ripples in a pond.
The five “chapters” of My Own Unknown, Dragana Jurišić’s episodic investigation into the representation of women, begins, as did much of the artist’s previous work, in conjoined autobiography and myth. The story of the artist’s aunt, Gordana Čavić, who decamped from Yugoslavia to Paris as a young woman and led a life of mystery, possibly as a prostitute and spy, entwines with that of an anonymous girl found drowned in the Seine, whose death mask sent the Surrealists and others into paroxysms of fantasy and desire. Another chapter comprises a series of nine black-and-white images that layer multiple exposures of naked women of various ages posing as the muses. Jurišić essays the notion of woman as inspiration, toggling between voluntarily conscripted muses and those commandeered by others, including herself. It’s not hard to see My Own Unknown as an extended and idiosyncratic meditation on the self, and the still uneasy position of the woman artist.
Both Groener and Jurišić live and work in Dublin, and both came from elsewhere in Continental Europe—Groener was born and raised in the Netherlands, Jurišić in the former Yugoslavia. Might we consider this central experience of displacement as a shared and formative fundamental of their art? Groener’s intense concern with the literal dislocation of a vulnerable population contrasts with Jurišić’s sustained examination of the figurative unmooring of women’s identity. But both seek to understand the conditions of stability and agency, and their lack, and both may be said to search for the parameters of some sort of home.
Joseph R. Wolin