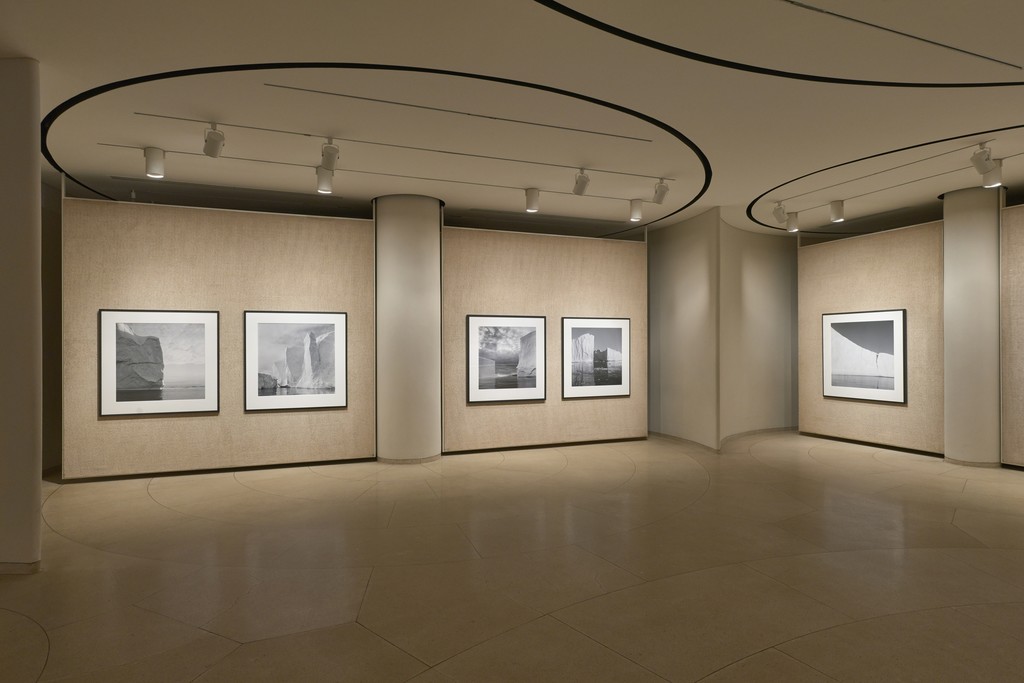 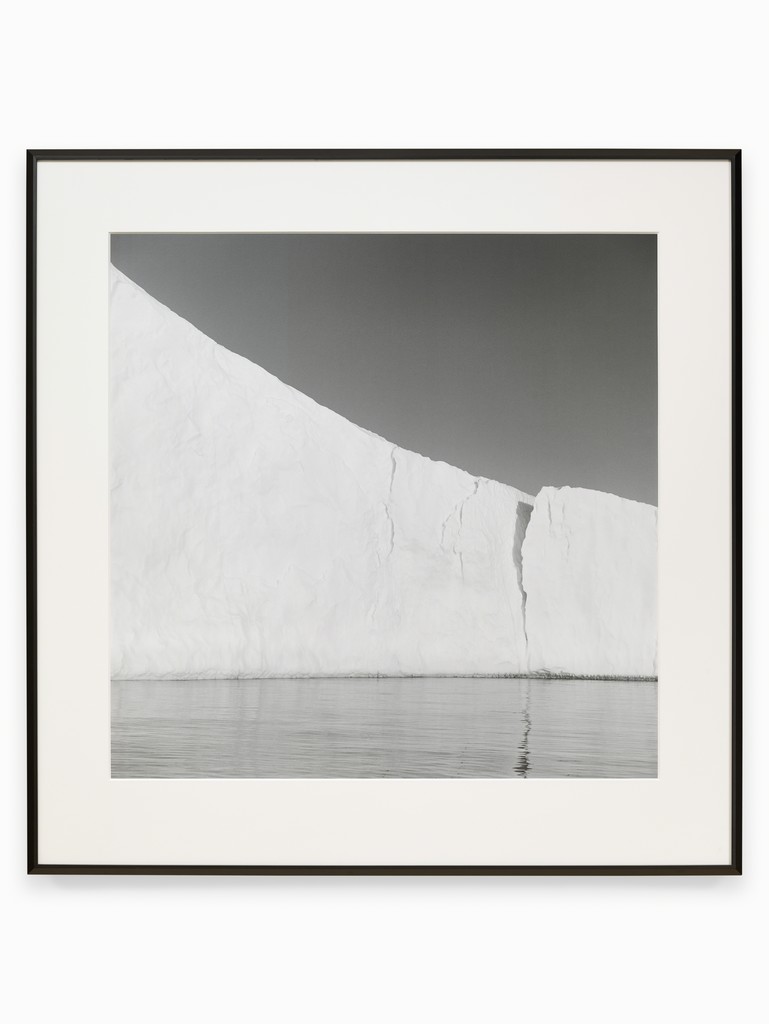 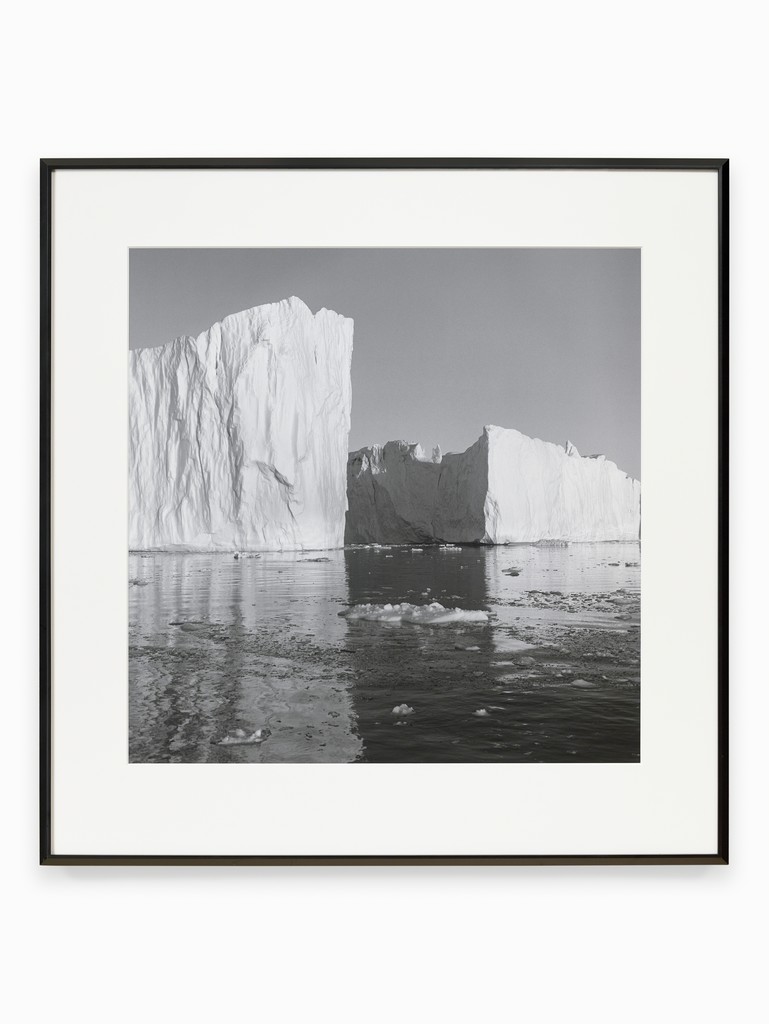 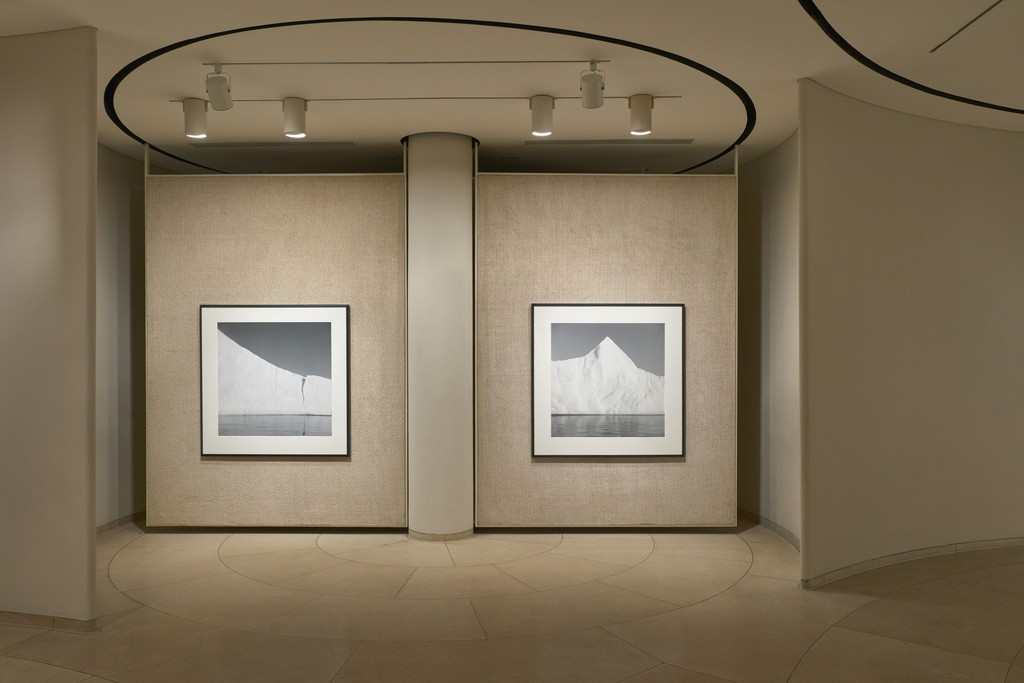 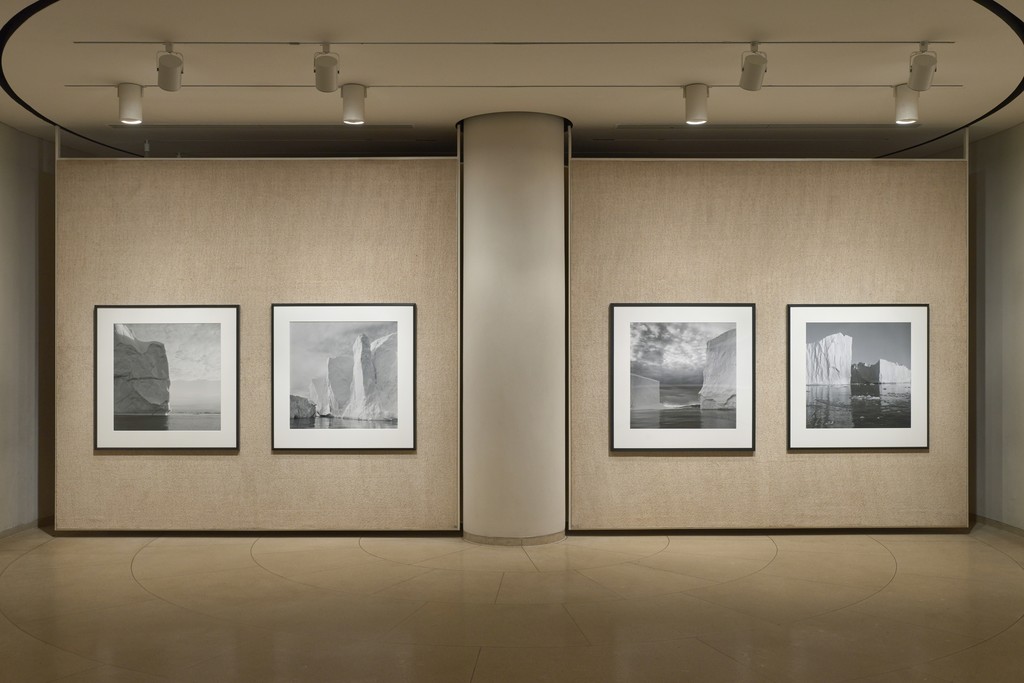 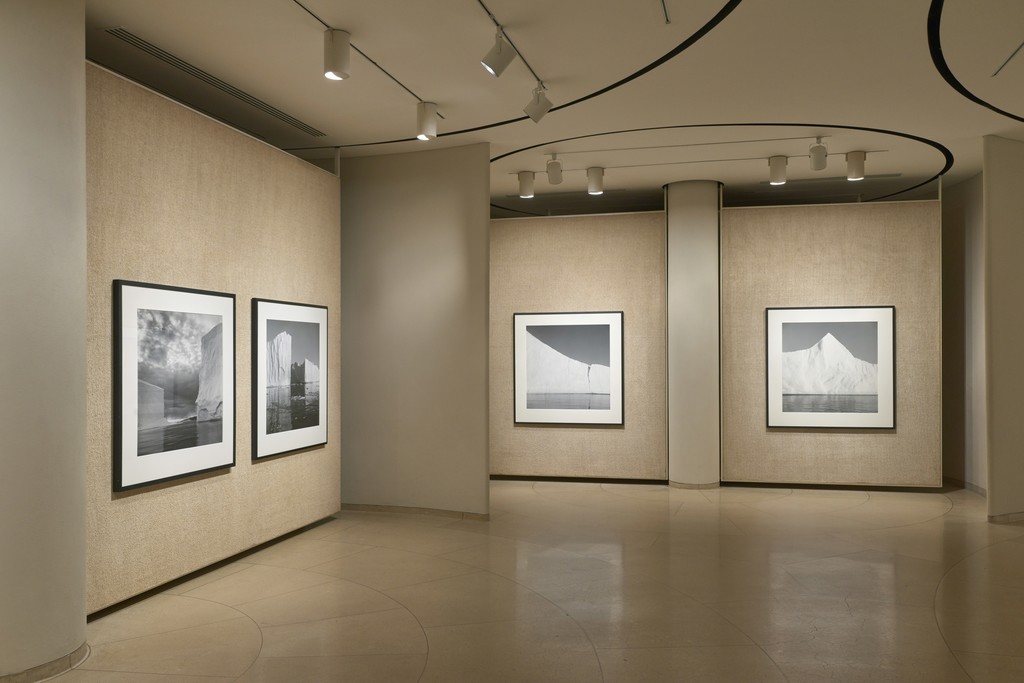 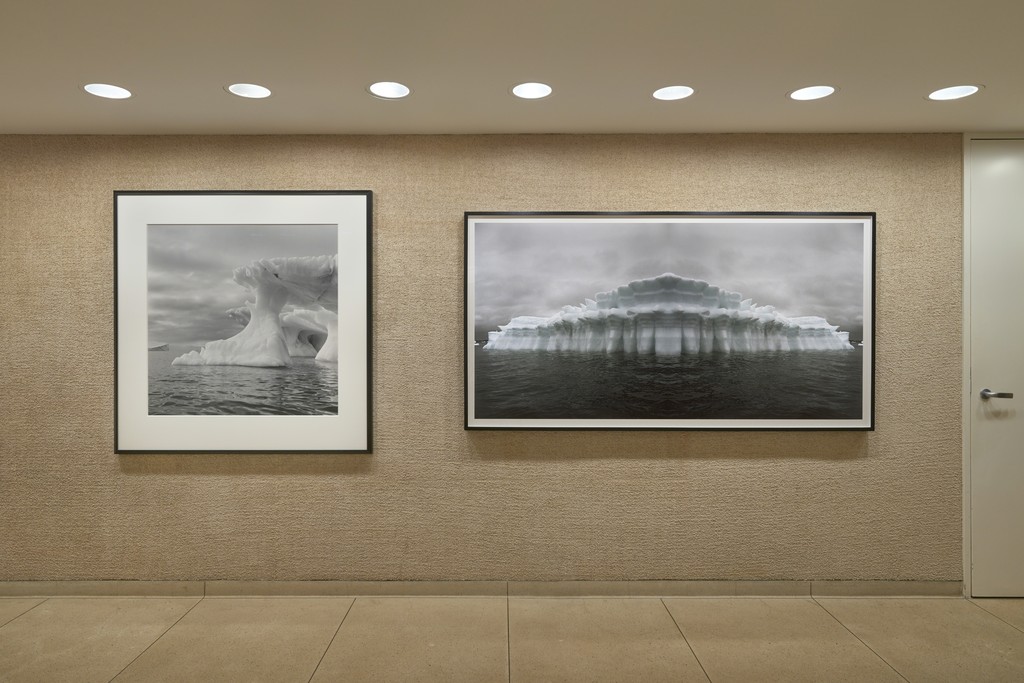 Lynn Davis: On Ice presents a selection of photographs from the artist's longstanding engagement with the icebergs on the sea outside of Ilulissat, a small town on the edge of a glacier off the west coast of Greenland. Developed over the course of six expeditions that began in 1986, Davis's photographs evidence strong affinities with the spare geometry of minimalist sculpture and track the dramatic transformation of the natural environment.

In the 1970s, working alongside her peers Peter Hujar and Robert Mapplethorpe, Davis developed her formative work that explored the sculptural qualities of the nude body. Although the subject of her work shifted after her first trip to the Arctic in the 1980s, her aesthetic concerns have remained constant. According to Davis, "I wasn't looking at landscape per se, but for objects outside that reflected a minimalist geometric approach to landscape and structure."1

On view in the Painting Gallery, the exhibition includes ten large format gelatin silver prints and three archival pigment prints dating from 2000 to 2016. The latter works belong to the artist’s recent Fata Morgana series, a group of digitally manipulated images that relate in part to the naturally occurring optical illusions created by a confluence of complex environmental conditions. As the Glass House commemorates its 10th year as a site of the National Trust for Historic Preservation, the exhibition additionally celebrates Davis's friendship with David Whitney and Philip Johnson, both of whom collected the artist's work.

This exhibition was made possible in part by The Grainger Society. Special thanks to Edwynn Houk Gallery.

Lynn Davis received her Bachelor of Fine Arts from the San Francisco Art Institute in 1970 and subsequently trained with Berenice Abbott in New York. In 1979, she had her first major exhibition at the International Center of Photography alongside her friend Robert Mapplethorpe. Davis’s photographs have since been exhibited and collected internationally. Her work appears in the collections of The Museum of Modern Art, New York; Los Angeles County Museum of Art; Museum of Contemporary Art, Chicago; Museum of Fine Arts, Houston; and the J. Paul Getty Museum. She has received several commissions from public and private institutions such as the Lannan Foundation, the Center for Documentary Studies at Duke University, and the Nature Conservancy. Davis lives and works in Hudson, New York.

The Glass House, a site of the National Trust for Historic Preservation, was built between 1949 and 1995 by architect Philip Johnson in New Canaan, CT. The pastoral 49-acre landscape comprises fourteen structures, including the Glass House (1949), and features a permanent collection of 20th century paintings and sculptures, along with temporary exhibitions and public programs. The tour season runs from May through November and advance reservations are required. For more information, and to purchase tickets, visit theglasshouse.org.

The National Trust for Historic Preservation is a privately funded nonprofit organization that works to save America’s historic places to enrich our future. www.savingplaces.org