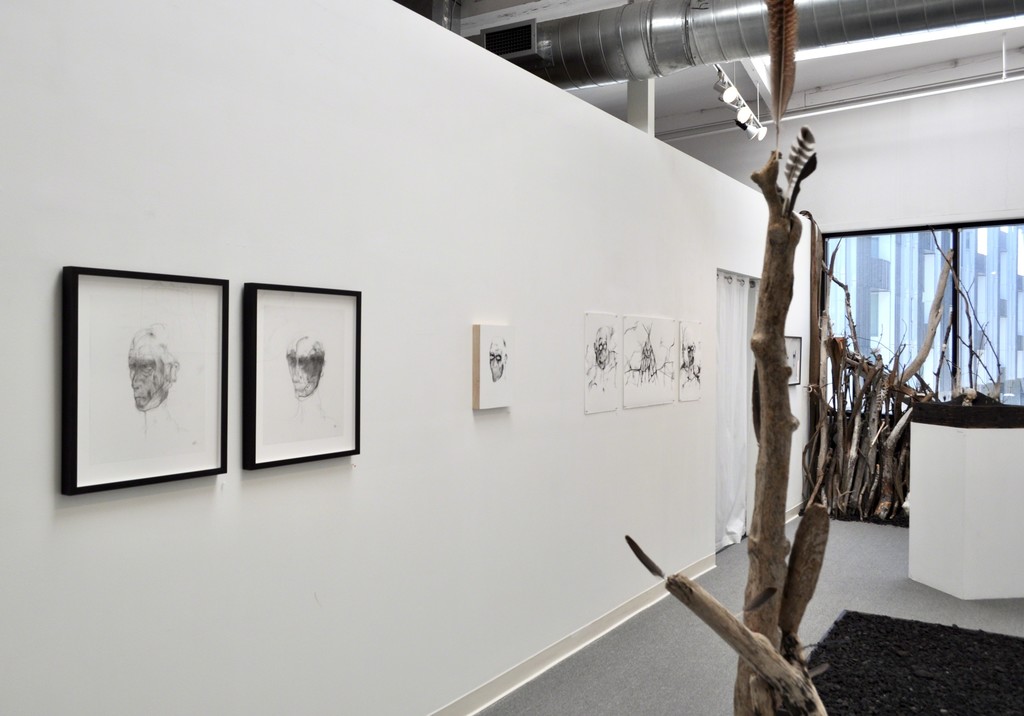 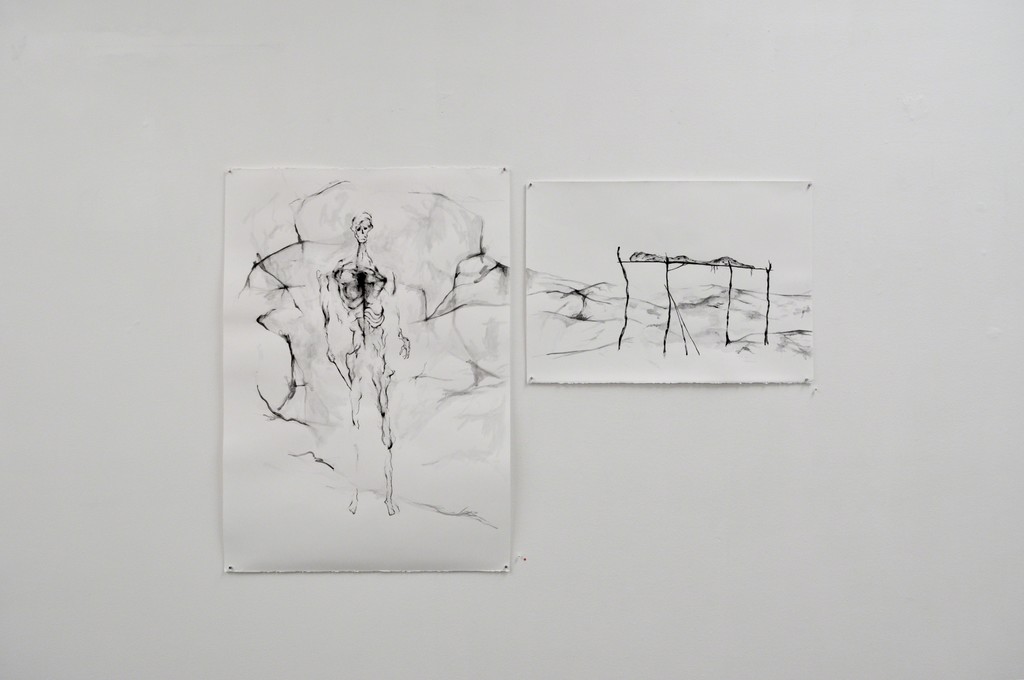 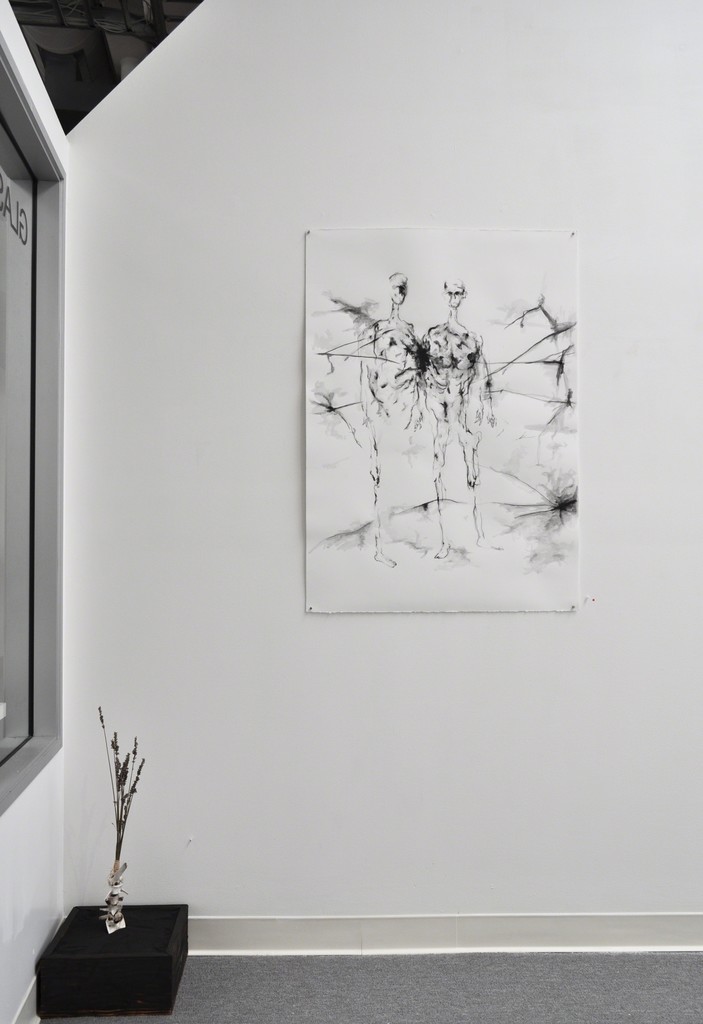 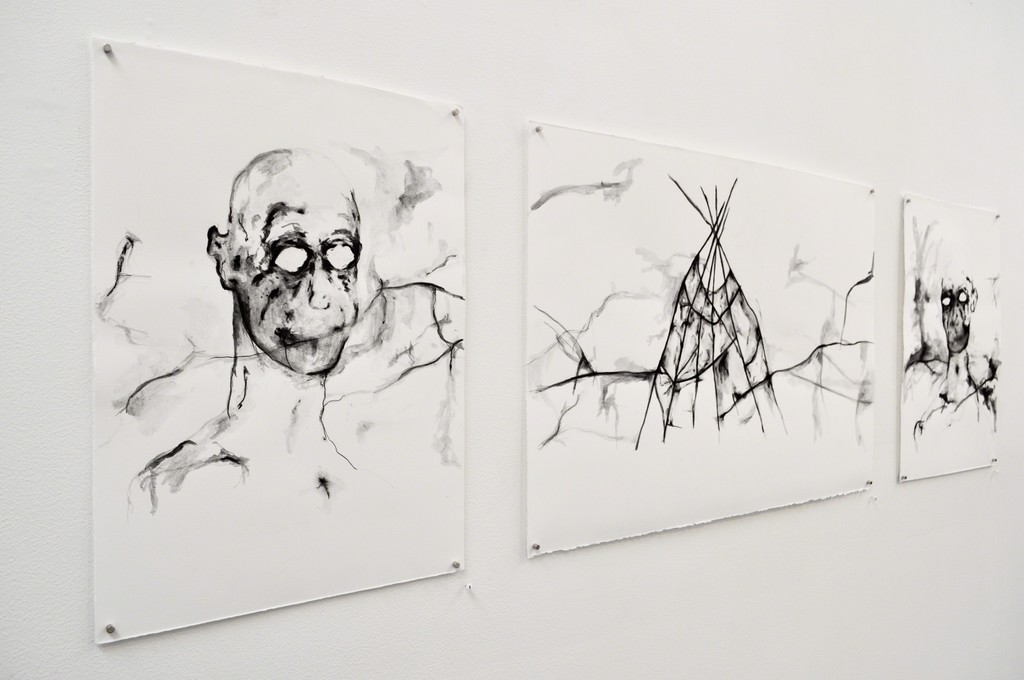 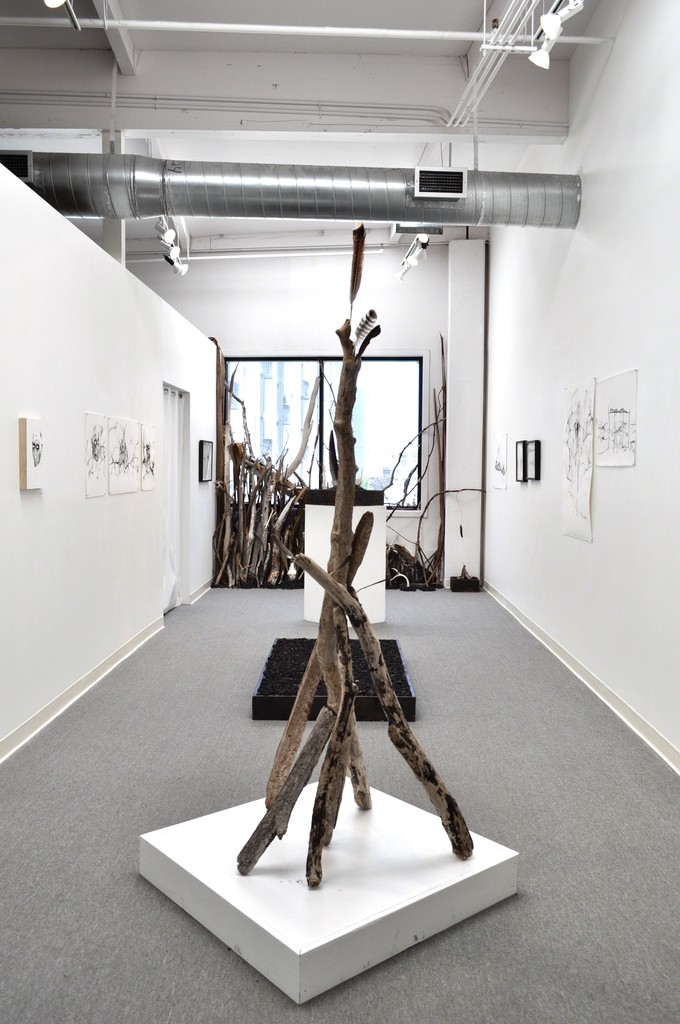 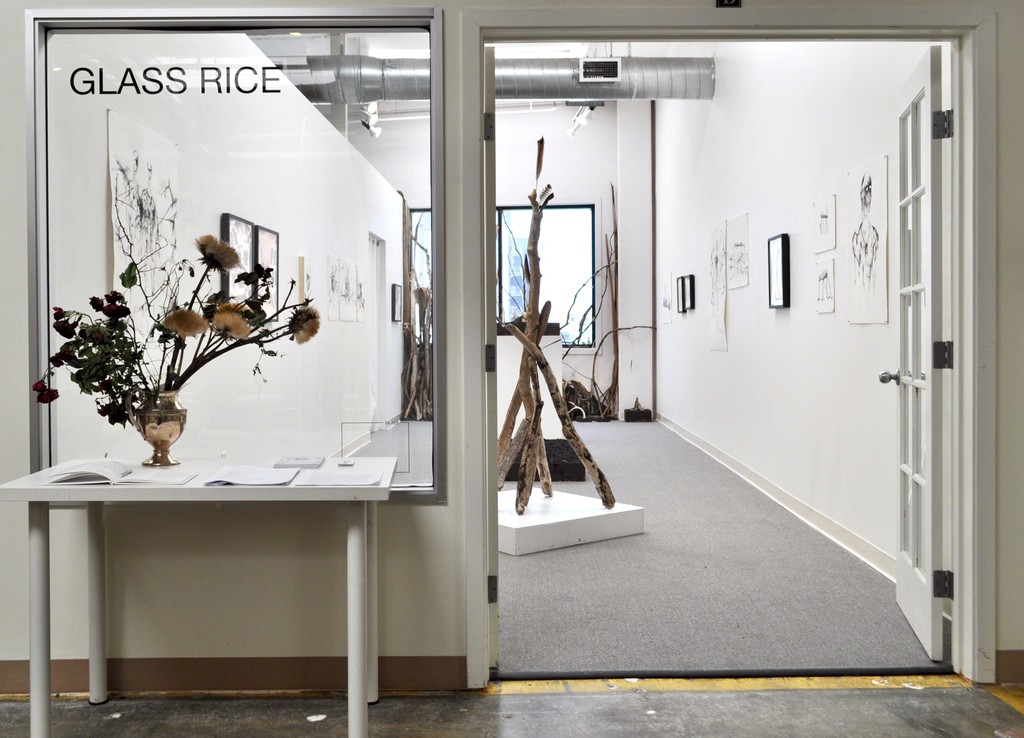 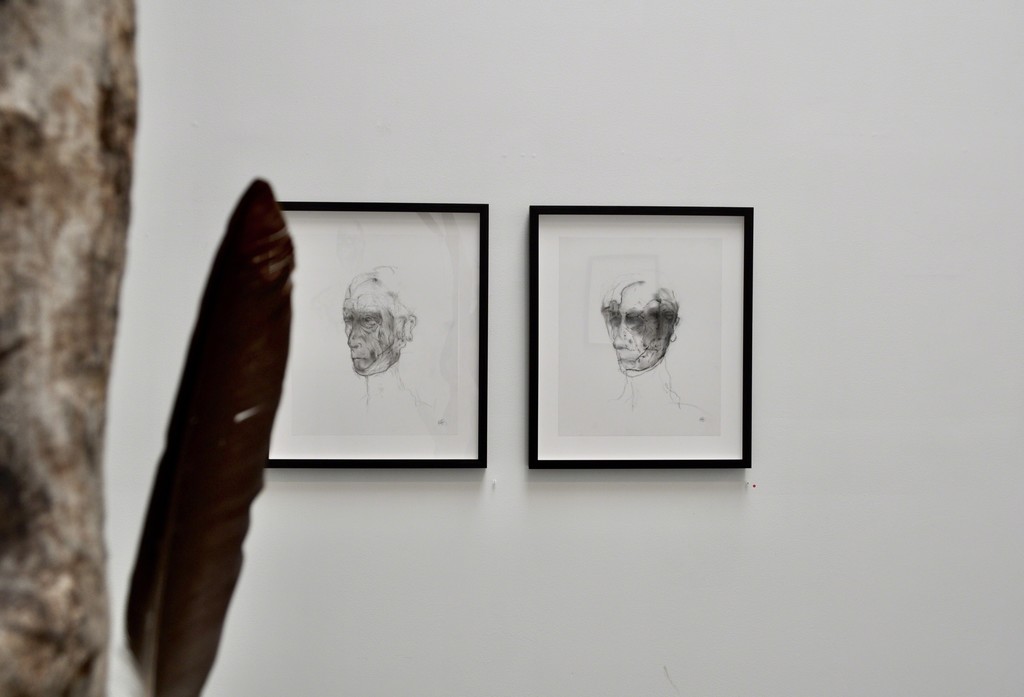 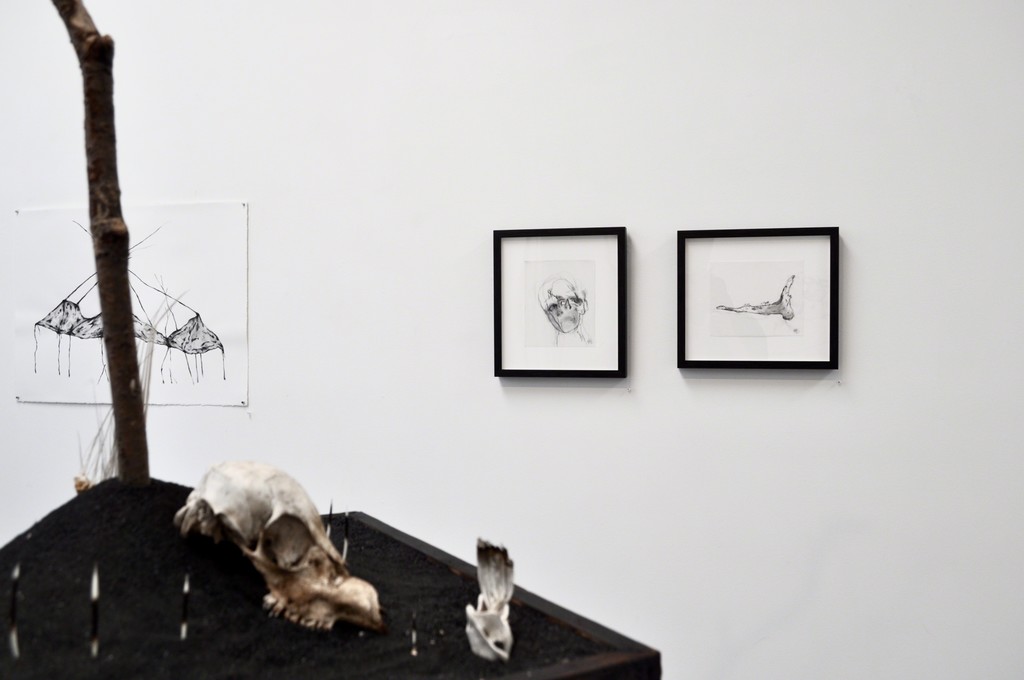 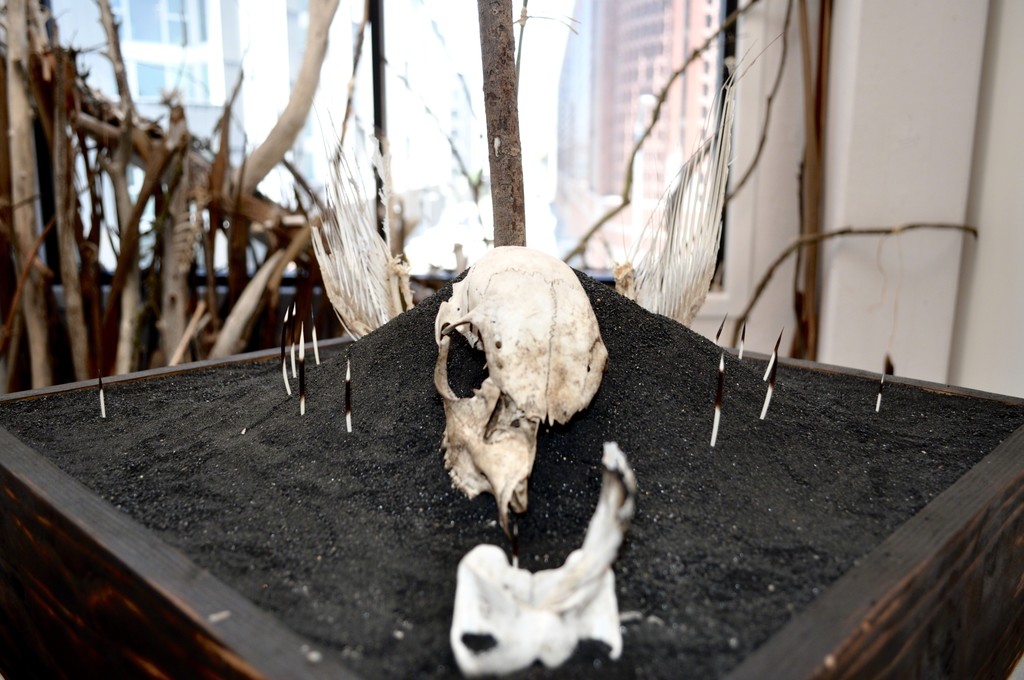 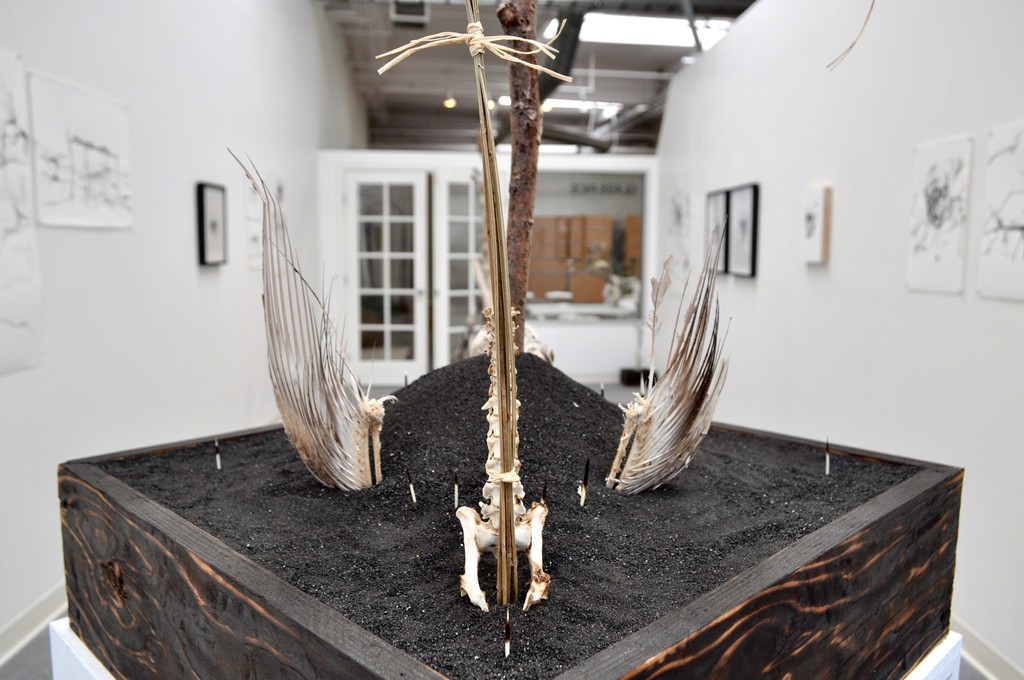 Glass Rice is proud to present No Devil Lived On, a solo exhibition of new work by Christopher M. Tandy. In a world where religion and spirituality run as deep as the beginnings of our human story, the murkier qualities of devotion can go unexplored and overlooked. Magic, superstition, myth and the darker arts, often considered the other side of the religious coin, are guides to Tandy’s exploration. Through graphite drawings/paintings done on paper and mylar, sculptures, and participatory installations where viewers can ‘step into Tandy’s world’, his audience is immersed in a realm where shadows come alive.

Tandy prods the veil of what is reality and what is created by the subconscious, awakening qualities within ourselves that may otherwise have been dormant. His figures reflect these fleeting moments of clarity, constructed so that they, too, are in the midst of motion; not quite here or there, pieced together without uniform, some missing limbs, flesh, bones, and facial features, encompassing both beauty and ruin simultaneously. These elements are distinguishable in A Moment of Letting Go; two figures, not quite whole themselves, undulate and pulse into each other and their surroundings. Using graphite to both draw and paint dark masses, pooling together in some areas, dissipating and fading in others. Horizon lines become part of a shoulder, hands fade into faint pencil marks, and faces are cast in shadow; reinforcing the ephemeral qualities of the world he is accessing. In doing so, Tandy has only begun to unravel the intricate latticework of the collective unconscious, his figures reflecting what is within us more accurately than any mirror.

By engaging with organic materials such as bones, feathers, dried lavender and driftwood, Tandy creates a bridge between worlds. He uses wooden boxes filled with remnants to teleport his audience, for a fleeting moment, to a deeper realm where our world is echoed back. Pulling from his background in Psychology, spirituality, and his deep lifelong love for nature, Tandy ushers us into a sunken dimension that is just as palpable as our common reality.