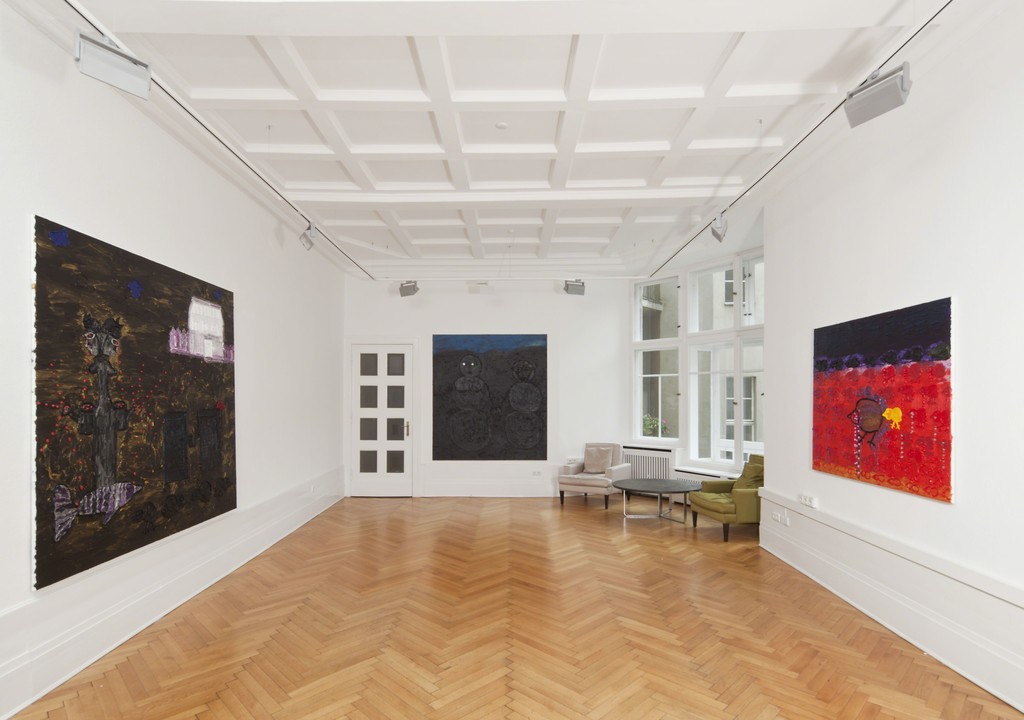 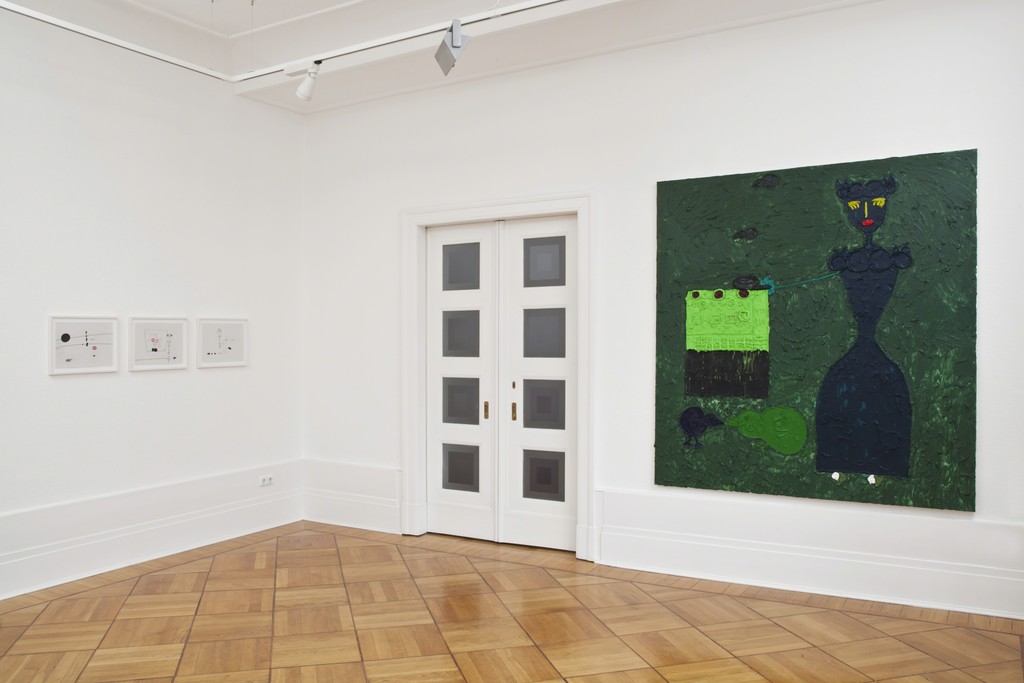 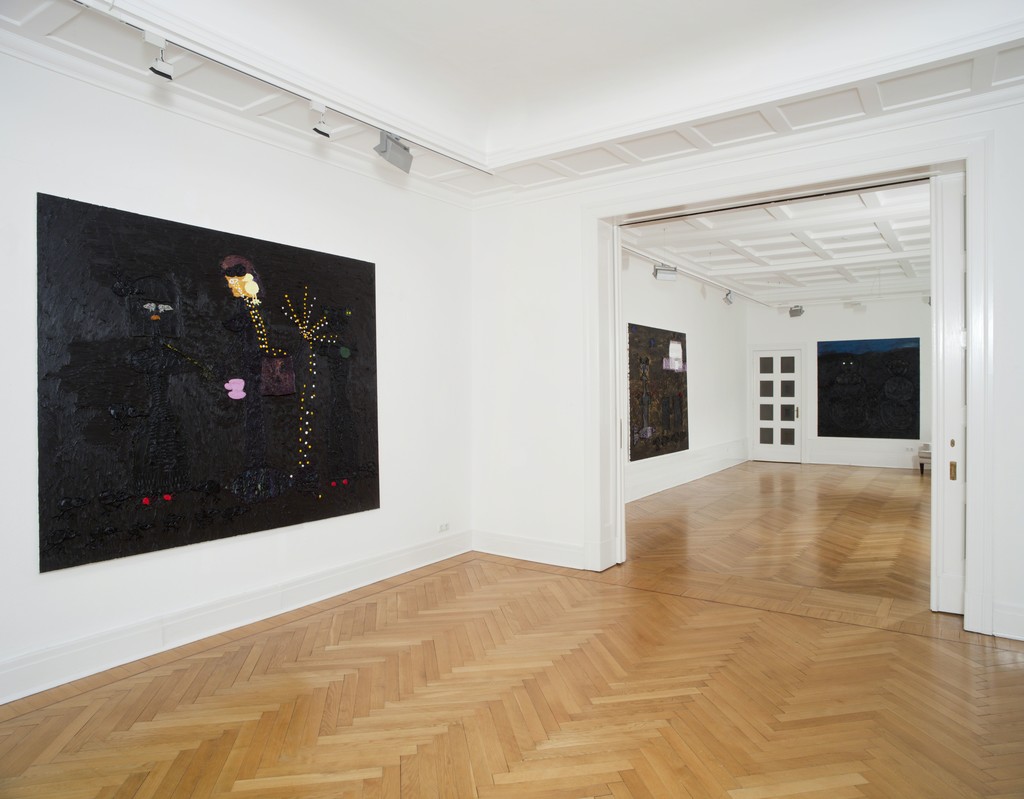 No one would dare today to work the way Ecaterina Vrana does. No one would put the paint on canvas the way she does. No one would draw the way she draws, and no one would tell the narratives she shows. Her point is not the subtlety of paint, the intricacy of narrative or the sharpness of drawing. None of the sort: her brush-strokes look like nger painting, her drawing is like stroppy carving, while her narrative is blunt and linear, quite standing. She muddles only stories of masquerading wish and sore. Her ego seems indeed hypertrophied, but dull: primeval, it bathes in fully baf ed crave while consciousness seems a pigment-fettered slave. Mysti cation reigns at large on her canvas realm, as if on stage. A painter of today would be embarrassed to paint that way, would be ashamed to draw like that, would feel ludicrous to show such blatant tales. An educated artist of today would bring in paint (if paint should be!) some quality, cognition, and criticism (when it would not t plain politics, pornography, or wit). Aside of them, Ecaterina Vrana knows no engagement but the narcissistic one – so radical, dogmatic and erratic. She fears death and she loves life – nothing more, nothing less. Neither bad, nor mad, her painting is simply bland. Her work is mud, the hygienic mud of self-indulgence. It has not even that bonbons-touch of art naïf. Contrariwise, elusive softness on the canvas proves bitter, dark, and noxious crust, when eyes go further to the hollow core, where no ganache awaits. Its sensitive transparency is brutal and pristine, not smart. Decades of painting history (professional progress, some would contend) are aptly outed by her canvases of dire
unrest. Their surface is not craftily cared for, as thick paint scratch vagrant on dazzling trails: entangled curls, twists, whirls and lumps mess then around in doubtful way, to only match her likes or hates. She sets no (external) tasks in painting, except the painting of a canvas, as truthfully as she can. She openly dwells in total tautology. Her hieroglyphic and dramatic compositions are processions of images transcribing barely veiled messages of mere need-and- give. As for ideology, she has nothing of the kind, except forbrutallylivingwhilepainting,whichoftenismoredif cult than it might seem. When alien to idea and theory, art is not a practice, but solitary gloom and doom. Her work is scandalous, therefore, regressive and offensive, blind to the self-re exive spin of nowadays` art. Its blandness is a disgrace. Yet it mysteriously charms: its tactless salience calls for immediate empathy, its backwardness recalls cave- times, forgotten inward depths, while its invading tales drenched in exceeding paint redeem desire, hate, despair and hope, emotions all, now relegated low in visual cultures of tomorrow. Luckily, art is still closely looked upon today, out of the survival kit of everyone, and this brings pilgrims to her canvas’s muddy storm.