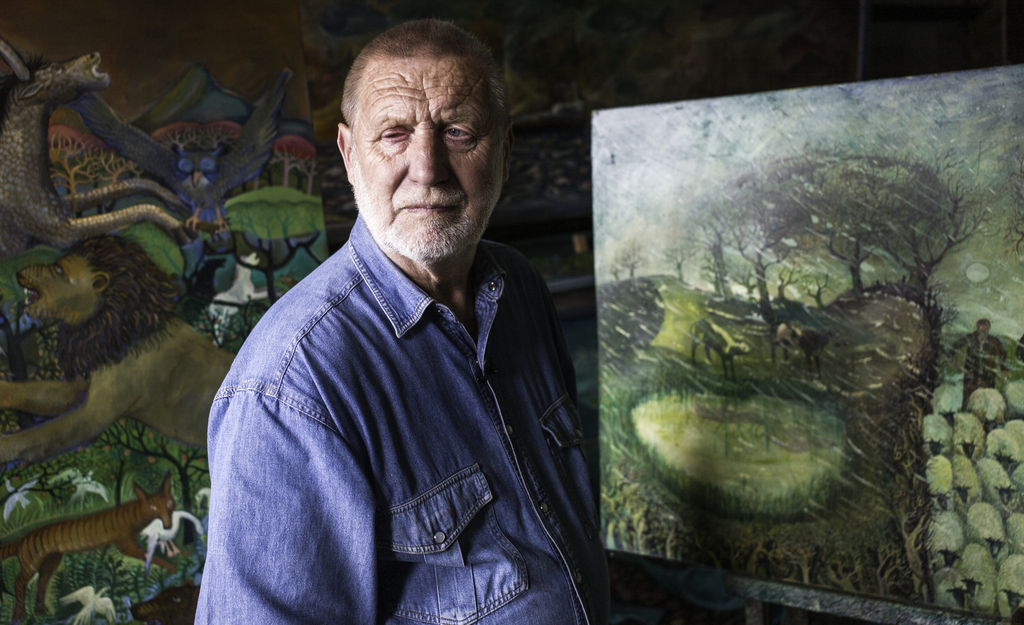 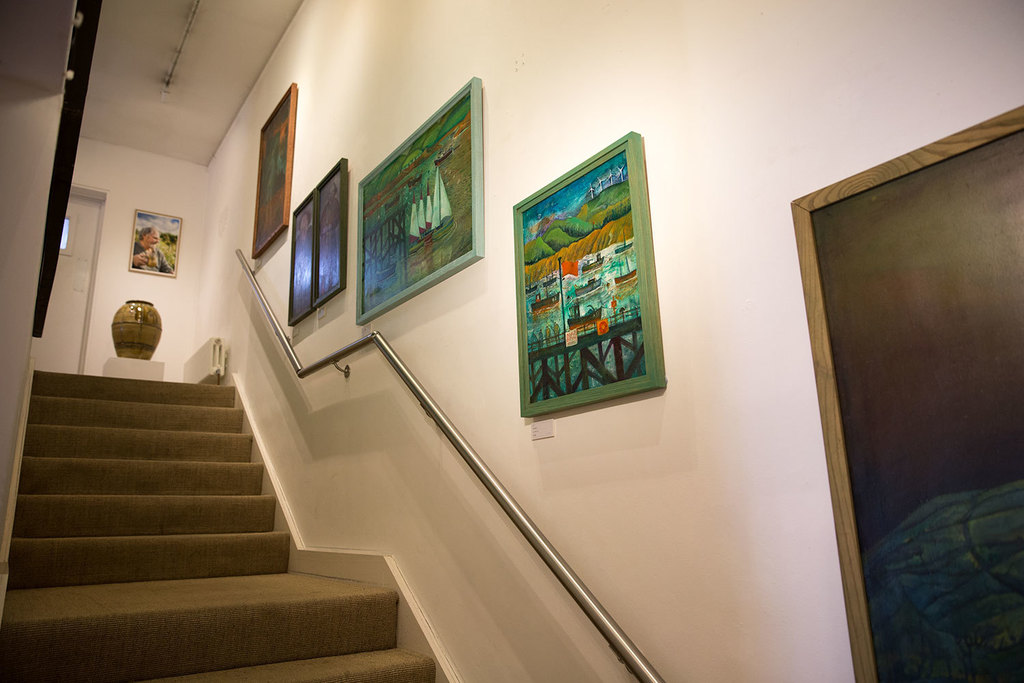 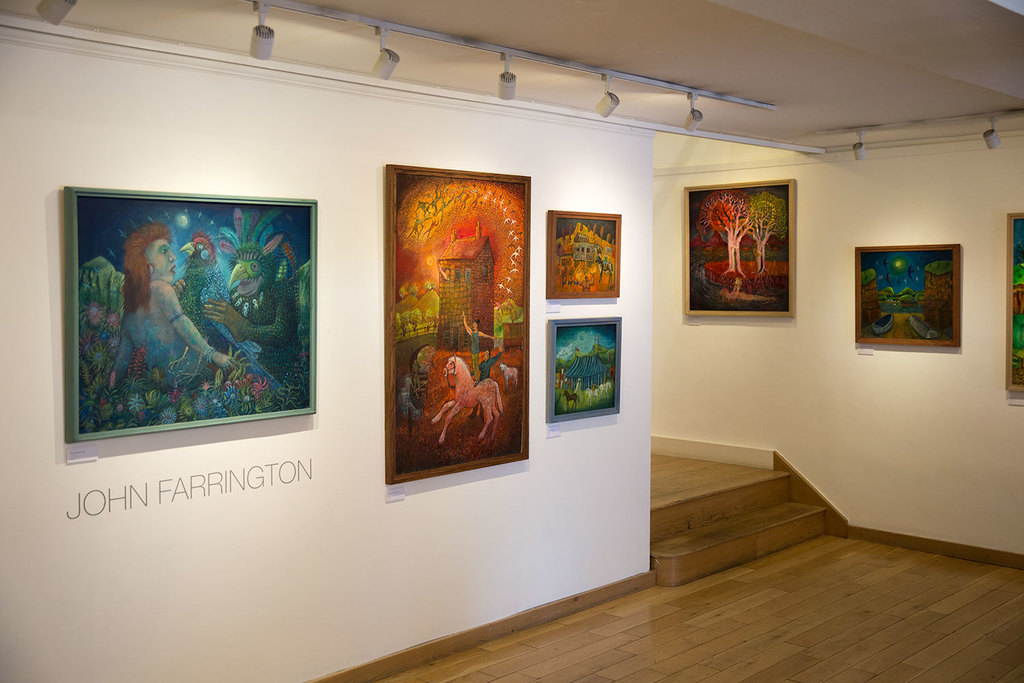 Come February 15th 2020, Goldmark will be hosting John Farrington’s latest retrospective, a quarter-century since first representing his work. He was first brought to Mike Goldmark’s attention by fellow artist Rigby Graham, who discovered a poster for a Farrington show during an overnight stay in the Welsh town of Machynlleth in the early 1990s. They had first met 30 years previously; then penniless, as Graham described, and with little by way of money or materials, Farrington ‘acquired an ability to paint on anything, with anything,’ be it barn door or plywood scrap, pilfered from a builder’s skip – ‘a facility which has not entirely left him.’

Farrington is now 86, and unable to stand at length, so with poetic coincidence has himself returned to watercolour. But the paintings on show at Goldmark – vast, profound oils and intimate vignettes of his imagination – cover an extraordinary decades-long exploration of the contingent kingdoms of man and beast. This exhibition marks an opportunity for a wider audience to see these colliding worlds from a very special pair of eyes.