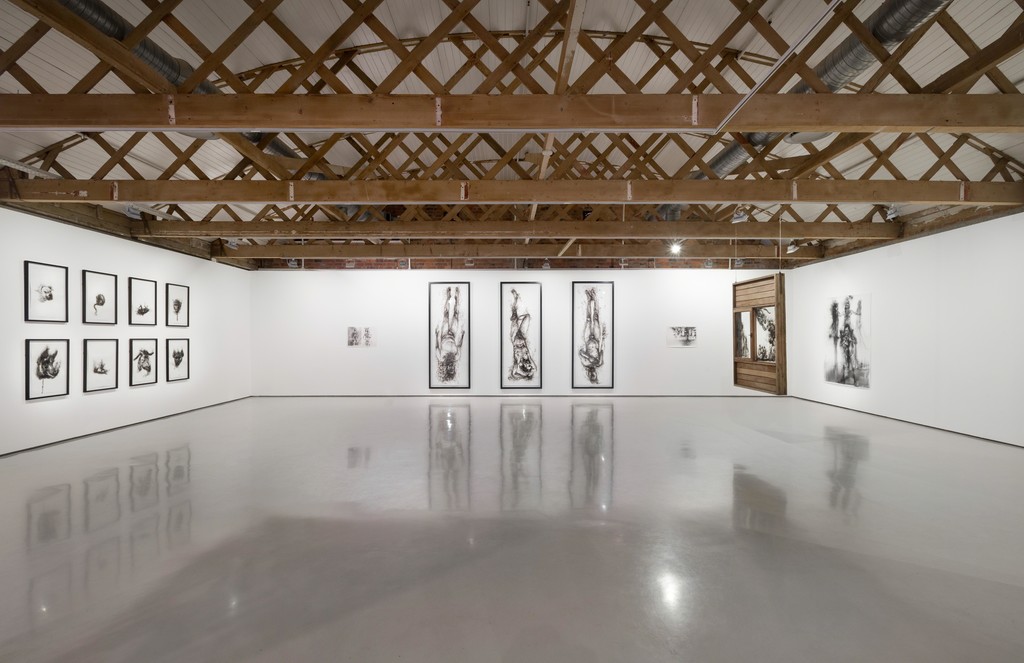 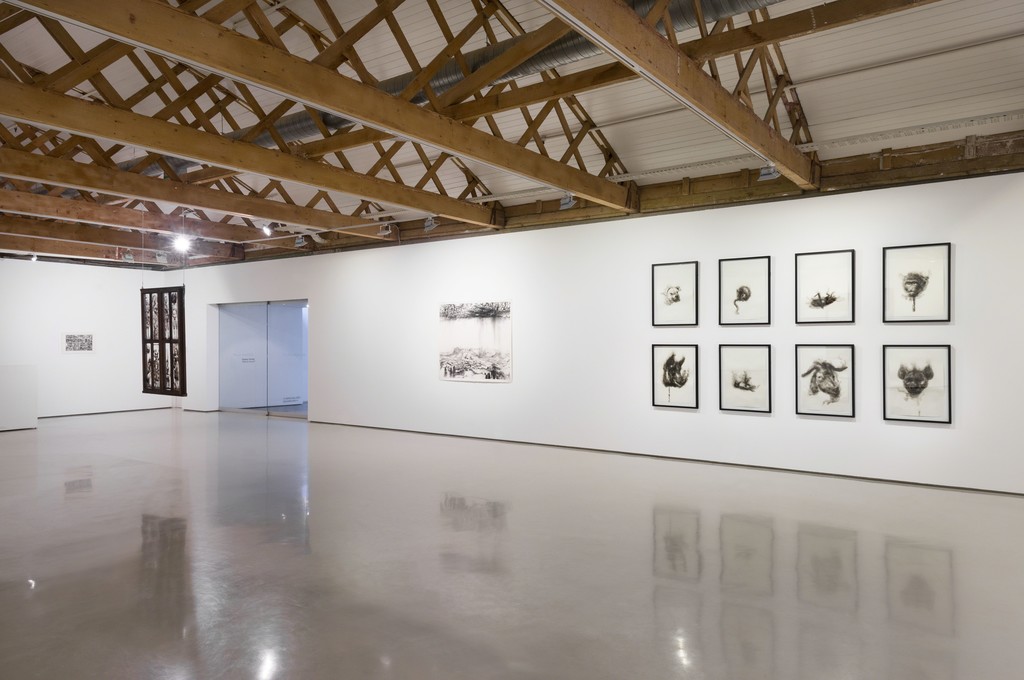 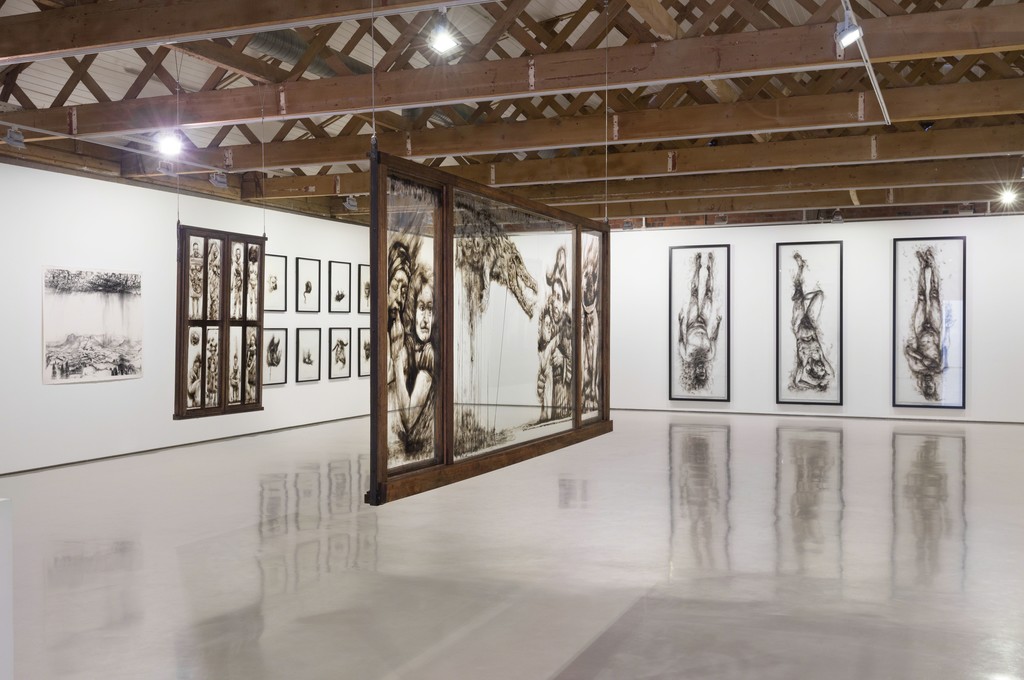 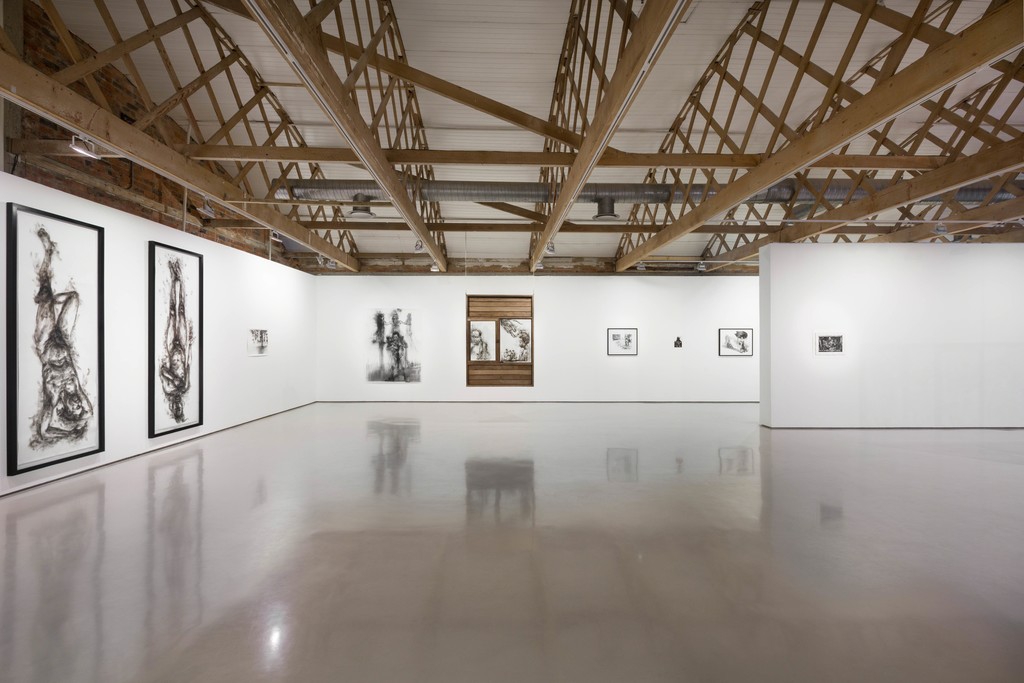 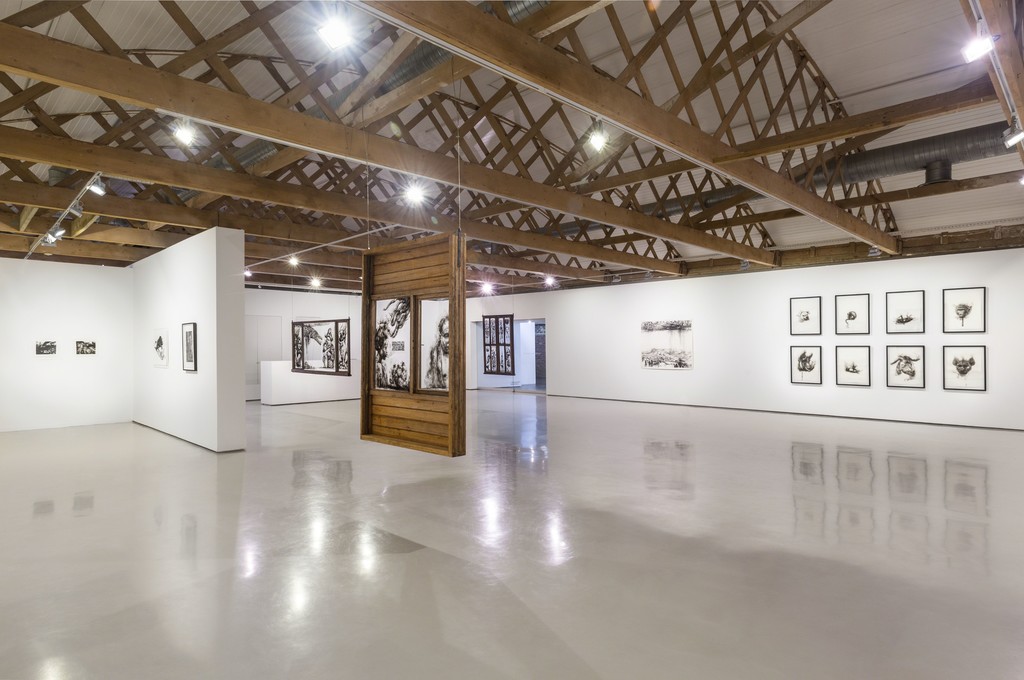 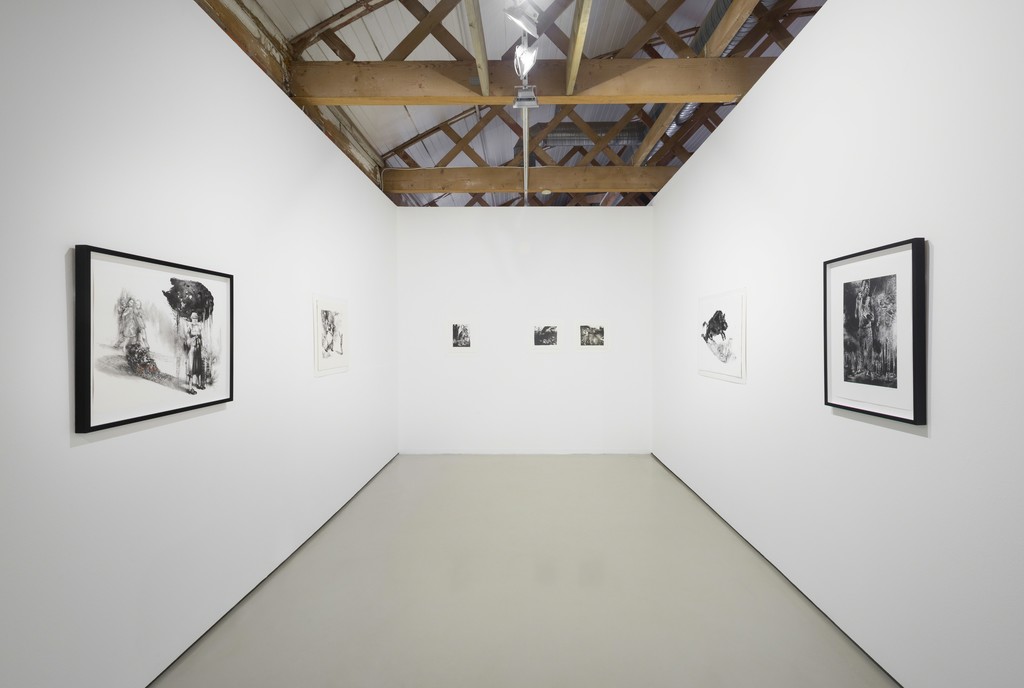 Victor does not claim to speak for all victims of the history of violence against women. She makes the point that the phenomenon is not new, but rather that ongoing scourge is currently being paid much greater attention. In this exhibition, Victor examines the pervasive effects of blame culture in society, and the depictions of women who have been made to bear responsibility for the abuse inflicted on them.

Deploying Victor-esque (dark) humour and characterisations drawn from real life, the artist considers universal traditions of violence against women, from the history of witch-hunts in Europe and America, to ‘corrective rape’ in South Africa today.

A drawing, titled "Punching Judy", is inspired by the puppet show ‘Punch and Judy’ in which gender-based violence is trivialised. For Victor, the show is laced with a ‘horrifying absurdity’ as ‘children are encouraged to laugh at a baby being battered and a woman beaten to death.’ She seeks to expose these everyday narratives for instilling feelings of guilt and shame in men as well as women.

In her practice, Victor is renowned for boldly confronting taboo subjects and for rendering her subjects in affecting detail with masterful, mark-making across various mediums. This exhibition features etchings and
lithographs, which were made during residencies in America and France last year, as well as large-scale drawings, smoke on glass and drawings made with candle smoke and ash as well as other burned materials.